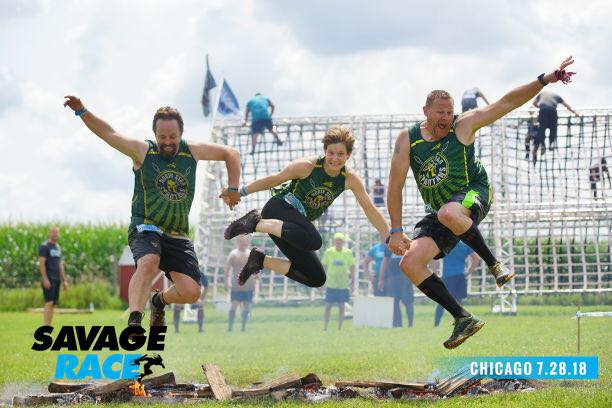 This is the third year Savage Race has held an event in the Chicago area and the third year at the Richardson Adventure Farm – the same site as the parking lot of Spartan’s Chicago races the past three years.  The festival area is small and simple and parking is a breeze; paying an extra $10 for the VIP parking will get you right next to the entrance but only 60 feet closer than the regular parking.

THE BEST START LINE IN OCR 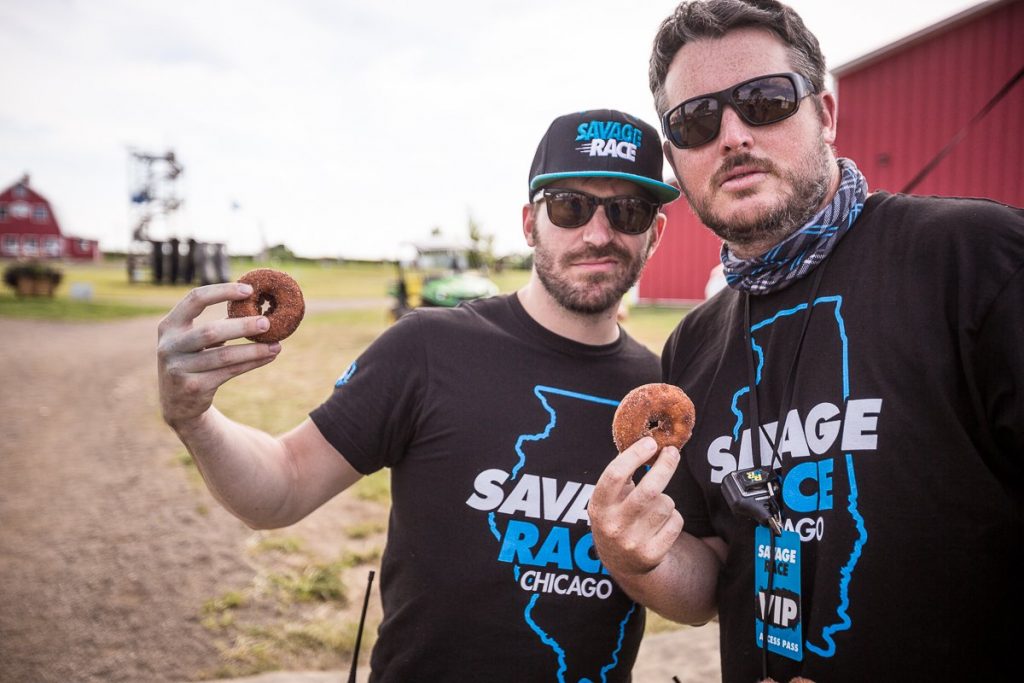 While OCRWC may claim to have the best finish line in OCR, Savage Race certainly has the best start line.  At the Savage start line there is no canned speech that you’ve heard a thousand times, or a stern drill sergeant-esque man yelling.  Instead, there is a wildly happy bearded man with the energy of a 5-year-old who just drank espresso.  His name is Matty-T and outside of Flava-Flav, he is by far the best hype man that I’ve ever experienced.  It started with crowd surfing, then some call and response chanting as Matty-T skipped and jumped amongst the crowd whipping us up into a frenzy of laughter and cheering, locking arms with fellow racers and creating comradery, eliminating any anxiety a racer might have by simply having fun. 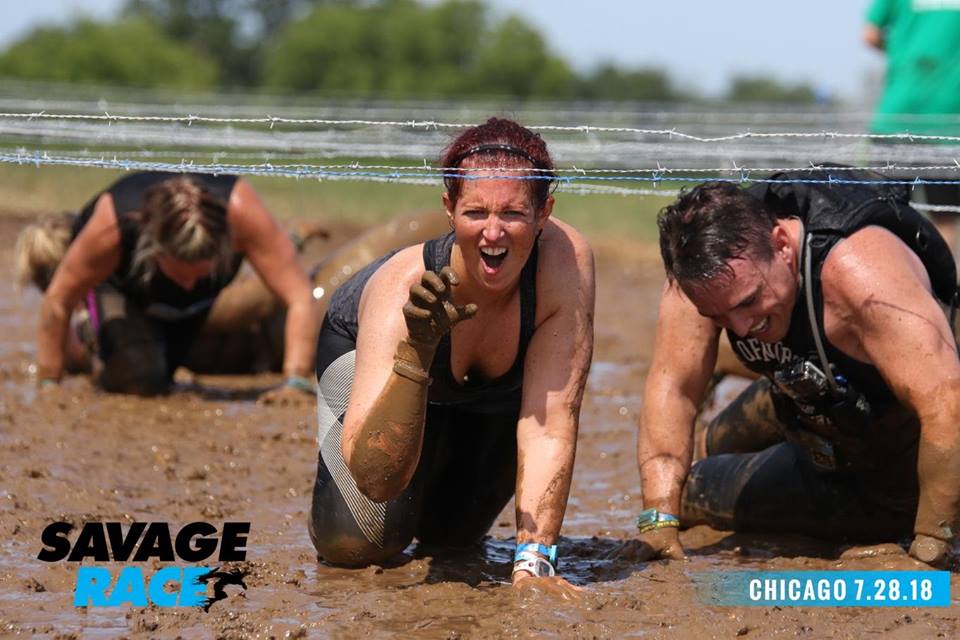 The terrain is flat, like Nebraska flat.  According to my GPS there was a total of 356 feet of elevation gain and I’m going to say most of that was from climbing obstacles like Colossus and Davy Jones Locker.  Just because the terrain was flat did not mean it was easy.  Being on a farm the ground was very rutted and strewn with rocks just waiting to twist an ankle. 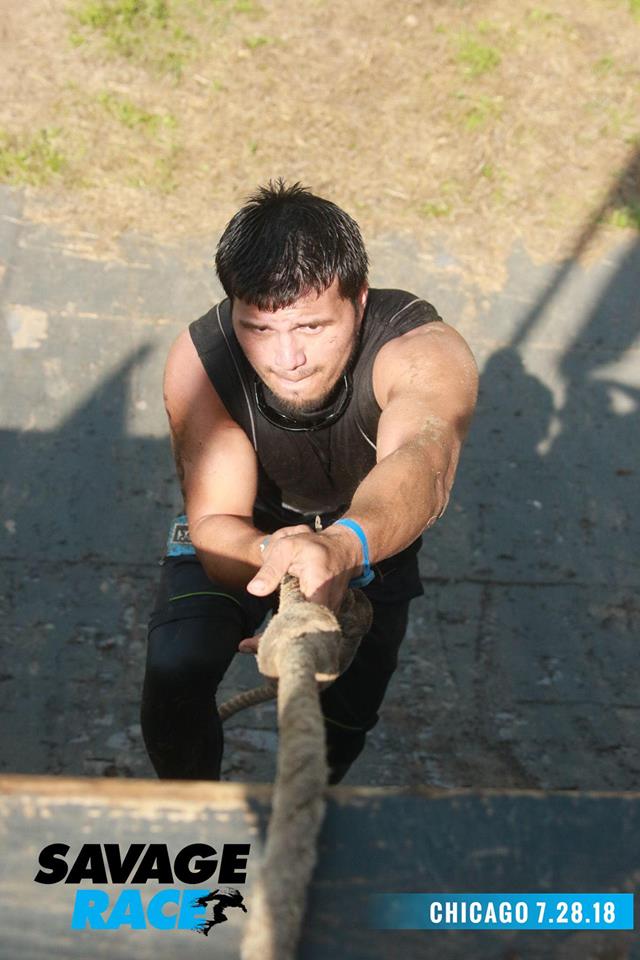 This first mile was fairly easy with just 3 obstacles, letting the pack of fresh racers spread out and avoid jams.  The one element that was missing from this race was mud.  Savage made up for this lack of mud by getting you wet early and often with multiple mandatory immersion obstacles. 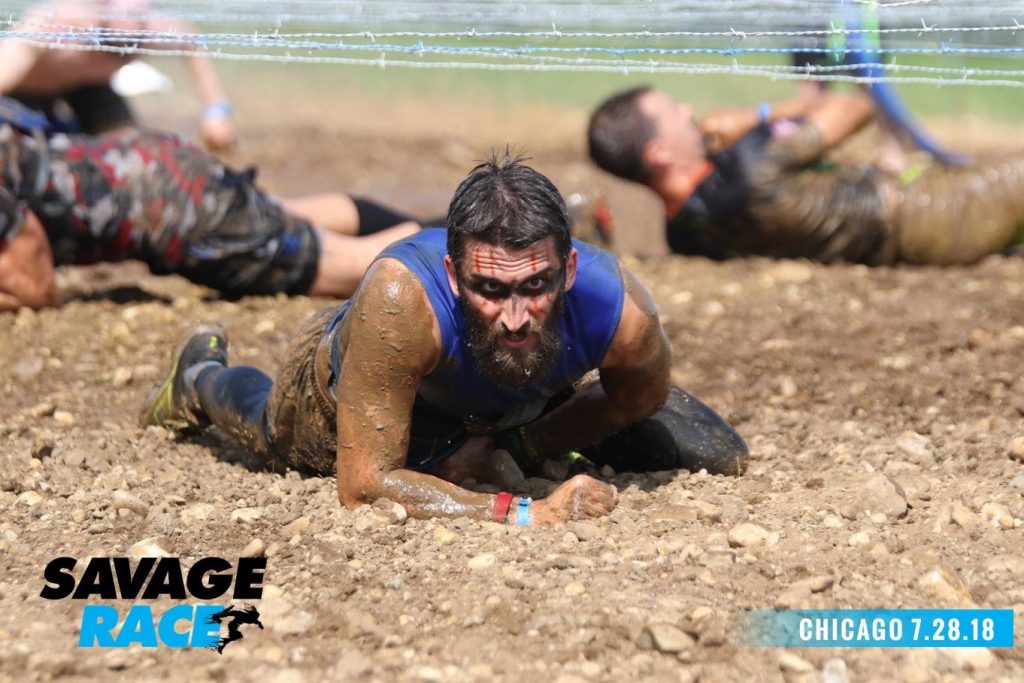 The next few miles had a few strength obstacles including a cinder block pull followed directly by the new “peddle to the medal,” which is a tire drag powered by spinning a giant spool with your legs.  One thing I liked about Savage Race is none of their strength obstacles are overly heavy, both men and women use the same weights, and there was only one heavy carry. 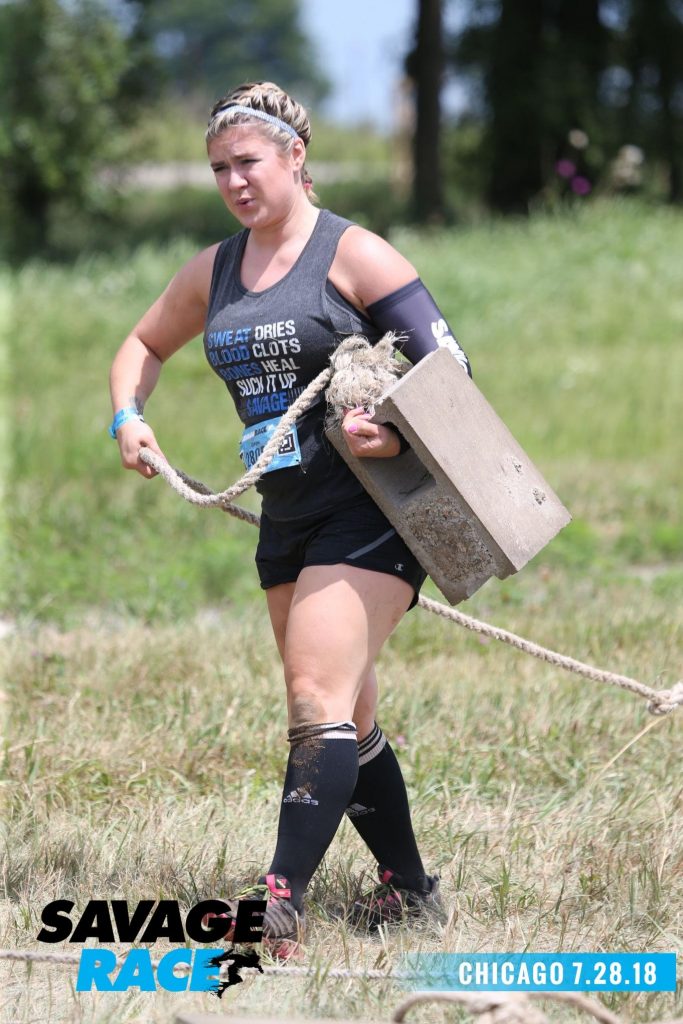 A Gauntlet of Grip

The final 2 miles were a gauntlet of grip-destroying obstacles starting with “Kiss my walls,” a wall traverse using small climbing holds, exhausting your finger strength. Not 150 meters away it was right into Wheel World which had me spinning. 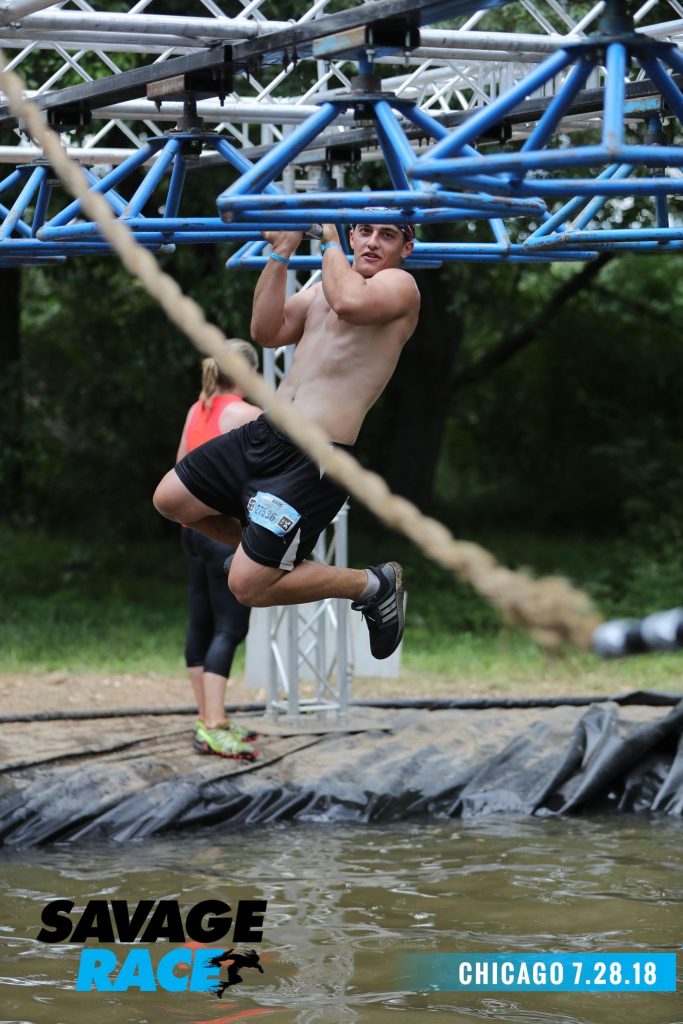 Then came the Rig, then shortly after that Twirly Bird and another traverse–this time across rope ladders and cargo nets and then the behemoth that is Sawtooth. Finishing the gauntlet of grip was the new “Holy Sheet” a rig across a saggy piece of cloth then onto ball grip climbing holds. 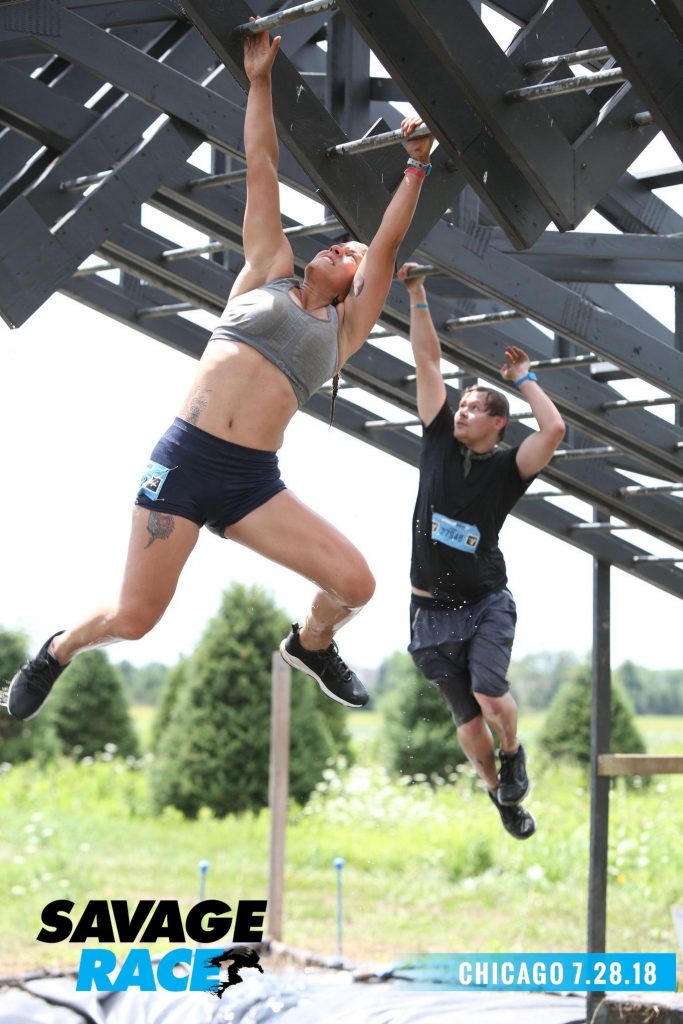 For the Pro wave I thought the setup of the obstacles made for a good competition, but for the open waves who make up the majority of racers I wish that the grip obstacles had been spaced out more throughout the course. 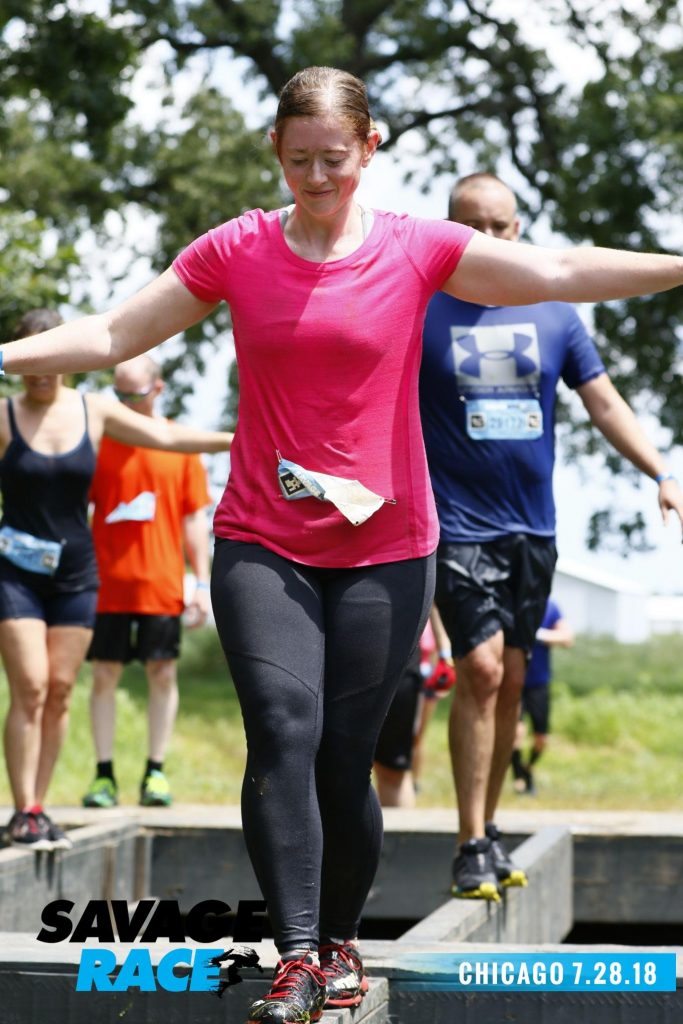 I was very fortunate this race to have been able to run in the Pro-Wave at the beginning of the day amongst some of the greats in this sport.  I was even more grateful to run in the open wave midday with my sister who had never run a race of any kind in her life.  After spending the last 3 years running competitively it was refreshing to experience the fun of the open waves first hand and watch someone I love overcome fear, push through pain, and laugh while playing in the mud. After we jumped over the fire, crossed the finish line and hugged, my sister turned to me and asked if I would run with her again next year.  A convert to the gospel of OCR was made. Yes, Marcia, I’ll run with you again, maybe even sooner than next year.

Is Lindsay Webster The Greatest Of All Time? 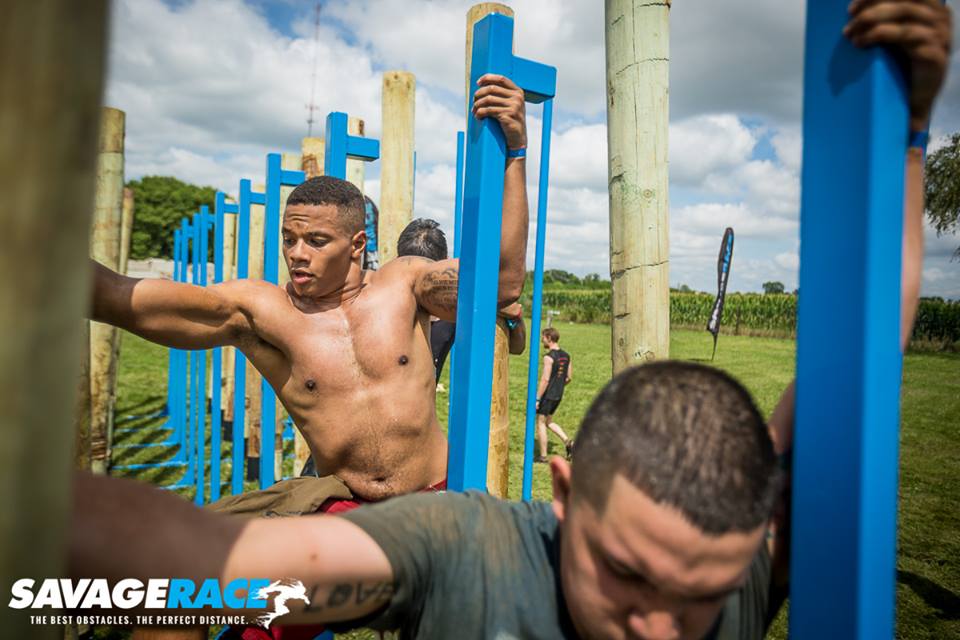 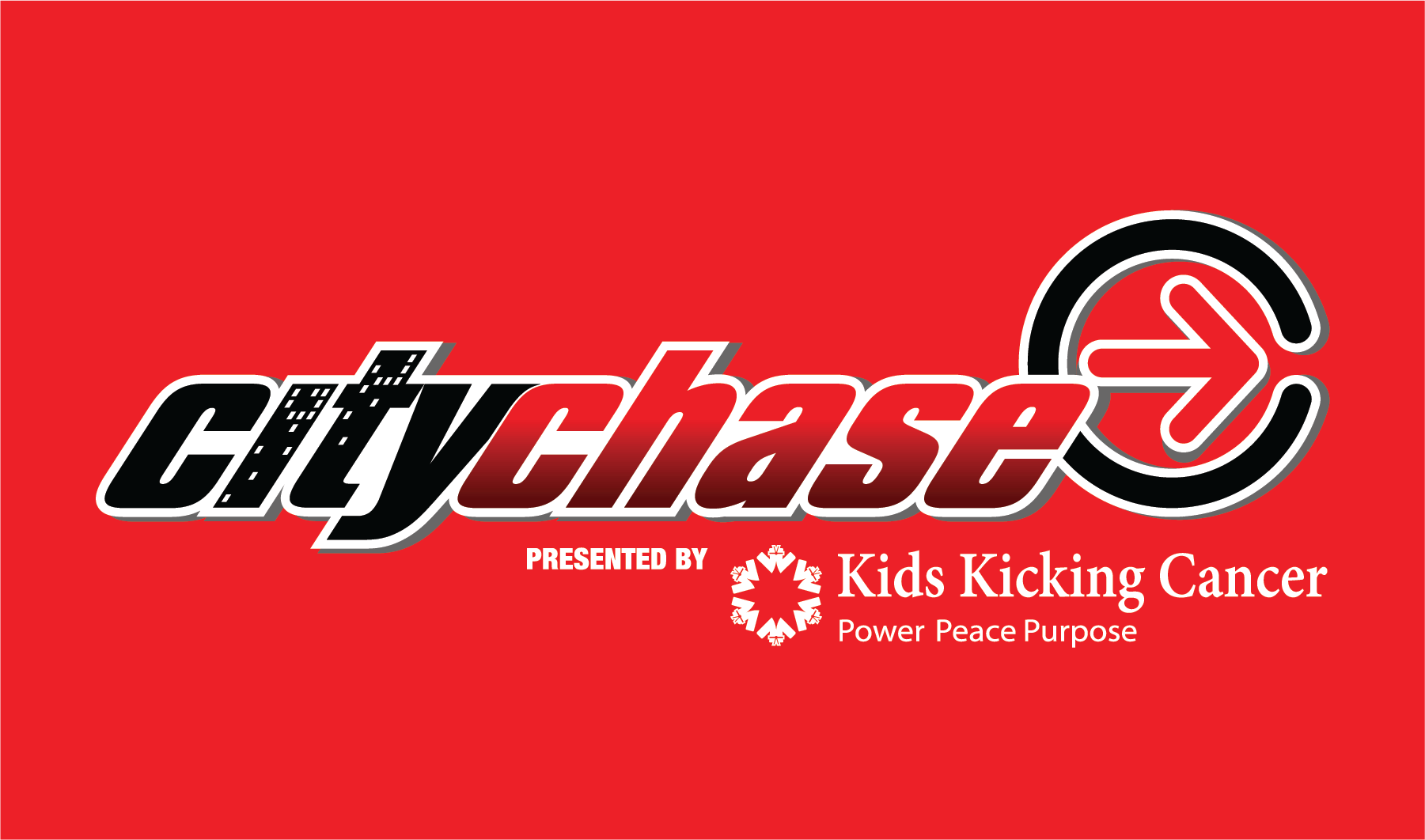 I usually stick with Spartan, simply because the obstacles have the  “burpee-if-incomplete” option. I’ve noticed I have been…