The Muddy Princess is a relatively new race in the OCR world. This race could fill the void for a female-centric race since Dirty Girl closed for business.

The lead up to the race was filled with workout suggestions, vendor promos, and race day info. The pre-race communication was second to none. There were also two different ways that you could sign up. There was a regular entry, which included a goody bag and a medal. VIP allowed you to get entry into a VIP area, multiple laps, and a t-shirt.

The race was held at the tried and true Georgia International Horse Park on June 2nd. This is the location for many an OCR (Spartan, Rugged Maniac, etc.). The festival area was about average with several food trucks, face painting, The chute was standard fare, but also had an emcee who went through exercises so the corral could warm up. My group left in the 9 am corral and it was pretty crowded. This was an issue throughout the race. More on that later. The actual race was a 5k with 18 obstacles. The premise is that a newbie and an experienced woman could participate and also have a good time. The Horse Park does allow for some flat land as well as some fun hills. There is a lot of tree cover, so it was mostly cool. I raced with my normal OCR crew. We all have at least 10 races under our belts and brought along two little girls who have also raced before. We all felt comfortable with completing this race. The first obstacle was two mud pits. This was the first area of backup. People were jumping in and a lot of people were pushed over or down into the mud. The volunteer didn’t do much for crowd control.

After that, there were some standard obstacles: a balance beam, seesaw, net and crawls, a few wall climbs, a tire climb, and more mud! If you want mud, this is the race for you. There were a lot of familiar obstacles from other races. One was the rolling hills that Spartan uses. It was the same with the exception of the actual dunk wall. Fenced In (with netting over the mud pit versus bars) and Grey Rug from Rugged also made an appearance. The spacing between the obstacles was pretty good. There was an opportunity for there to be a few more before the finish line. There was a crossing with chain links that was difficult but fun. There were lots of encouraging signs also dotted throughout the course. The volunteers really kept you going with a lot of encouragement and help. One interesting fact was that the reality show, “The 7 Little Johnstons” was shooting an episode. Elizabeth is a fast runner! She did a phenomenal job. The filming did make it a bit awkward at times as they had to film as well as participate. The participants largely ran around them or waited as they filmed. The film crew was never in the way. It did get a bit frustrating when a Muddy Princess volunteer coordinator body blocked me from using an obstacle and told me I had to wait five minutes so they could film. Needless to say, there were a few words back and forth. It was nice to have friends and family at the last obstacle before you made it to the finish. The medal was standard and the goodie bag had some interesting items that varied from protein shakes to feminine products. The latter was new to me, lol! I think that this race could have a bright future. From what I heard, this race is relatively new to the U.S. and they are testing the waters. I would do this race again given a few things:

Could this be the next Dirty Girl? Yes, it could if some of the recommendations were implemented. The best part about female races is the comradery. You get the same in other OCRs but with women only it’s different. The volunteers and participants were amazing in how they supported each other with words, hugs, high fives, and a shoulder or leg if necessary. I would most certainly do this race again in a different location just to see if there are any differences. I am an avid OCR runner since 2015. I may not be the fastest, but I try it all and finish. My story is incredible and inspiring. If I can do this, so can you!

I was down on one knee listening to “Start Line Sean” Corvelle’s pre WTM speech. I have heard… 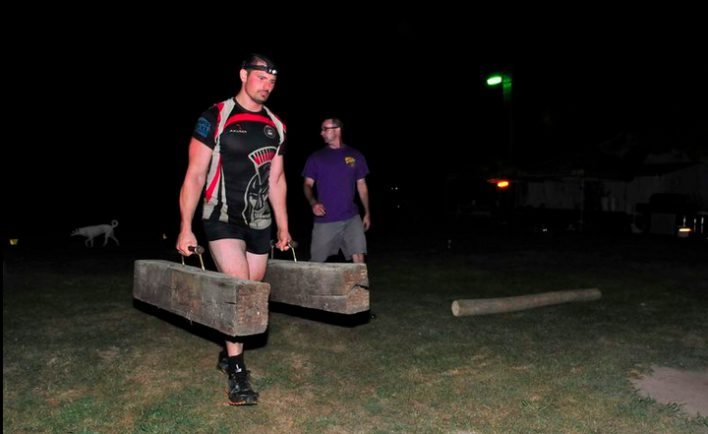