Early on the morning of April 2nd 2016, three of my fellow OCR enthusiasts and I began the 2 hour trip southward toward the city of Macon Georgia. Spirits were high as we headed to get our mud on at the Macon Mud Run, a great local race where the proceeds help the Hephzibah Children’s Home and their ministry to fight the commercial sexual exploitation of children.

The venue was conveniently located just off I-475. There we were met by a friendly volunteer who directed us to the nearby FREE off-site parking (parking next to the venue cost $5), with shuttles quickly moving racers over to the race venue. We chose to take the short 5-minute trail walk which brought us to the check in table. Even at that early hour, the DJ was pumping out some great tunes and the energy level was very high. Things were buzzing! Check in was just a bit slow but everything we needed was in our bag once it was retrieved from the gym and we were set to start our adventure!

The main festival area was very nicely laid out with plenty of port-a -john facilities, seating under a giant tent, and various vendors scattered about. This race has a great family atmosphere, with plenty of friendly and helpful volunteers ready to answer any questions and make sure everybody got to where they needed to go!

The race is divided into two different categories that racers could choose. There were 2 competitive 7k waves, then multiple 5k open waves. We made our way over to the start for the first competitive wave ….and the muddiness began in earnest. The starting ‘corral’ was actually a long mud pit with knee deep water with a steep muddy-bank climb out the far end! 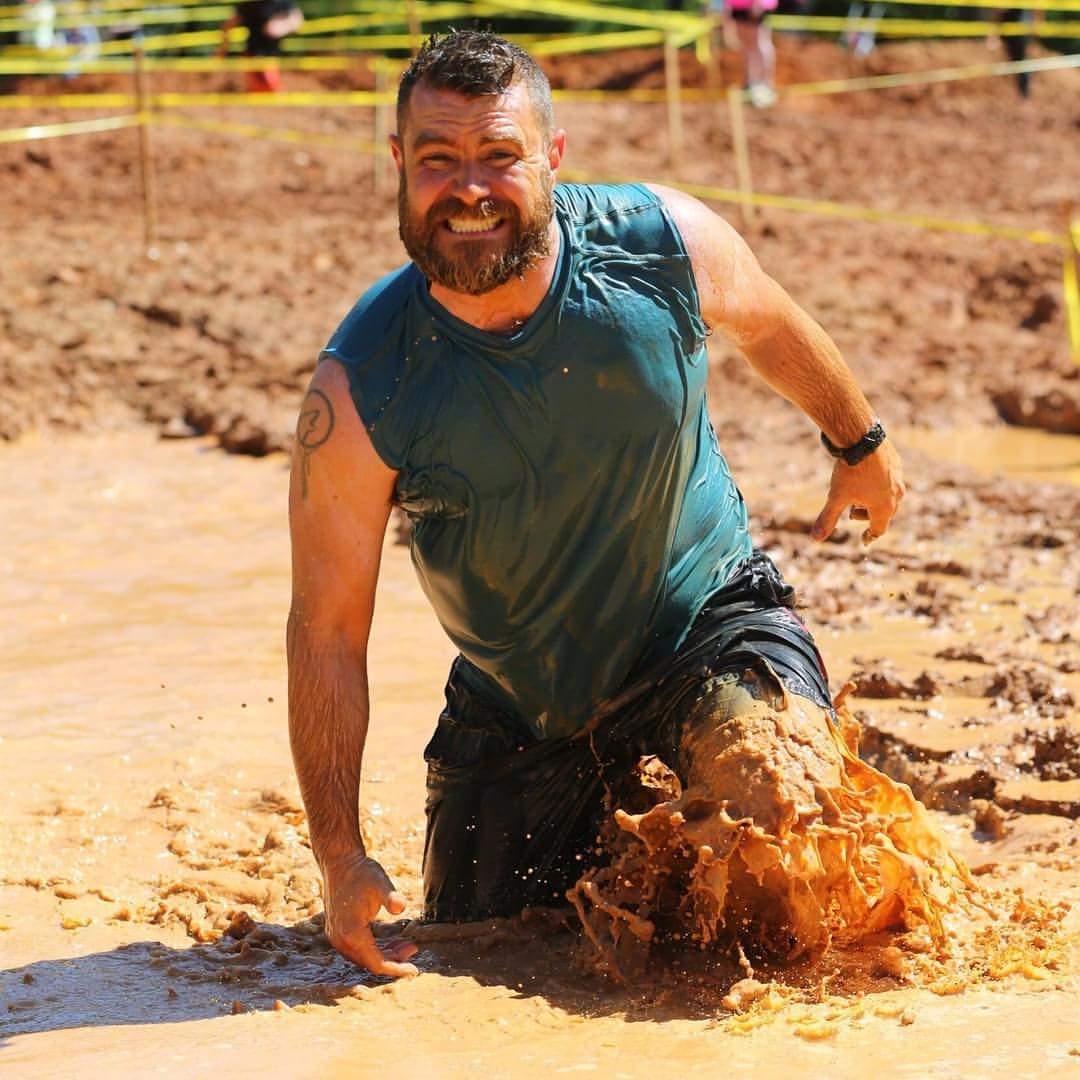 The wide, clearly marked trails were freshly cut and really did a great job utilizing the natural terrain. And, due partly to a week of rain, were plenty muddy. Thankfully the pesky roots and stumps had been marked with red paint to make things a little safer for those less fleet of foot. We wound through some really pretty woods, where runners were able to spread out quickly, eliminating any back-ups at obstacles. The 7k course took us through some fun easy challenges, including a short point-to-point sandbag carry, eventually bringing us to the first of two lake crossings. A sturdy hand rope helped make this first chest-deep crossing feel a little safer, and the bright sunshine on the far shore really felt good coming out of the cold water. And there were mud pits everywhere! The race website claims over 100 muddy pits, which was probably pretty accurate. And that doesn’t count carrying around the extra 5 pounds of mud stuck to each shoe for the whole race, which made for some very tired and sore legs! Some of the other favorite obstacles included drops down into and rope assisted climbs out of several steep ravines and a challenging ‘stump jump’ which required major balancing skills. One of the more physical challenges of the day was the MUDDY tractor tire flip. And yes, they were full of water and very heavy! More mud pits, nice trails, then even more mud pits (are you detecting a pattern here?). Up and down in and out of that thick red Georgia clay/mud. Most of us just gave up trying to navigate the ‘down hills’, opting to sit and slide instead. Oh well, those shorts were old anyway…no use worrying about all the holes I was ripping in the backside! 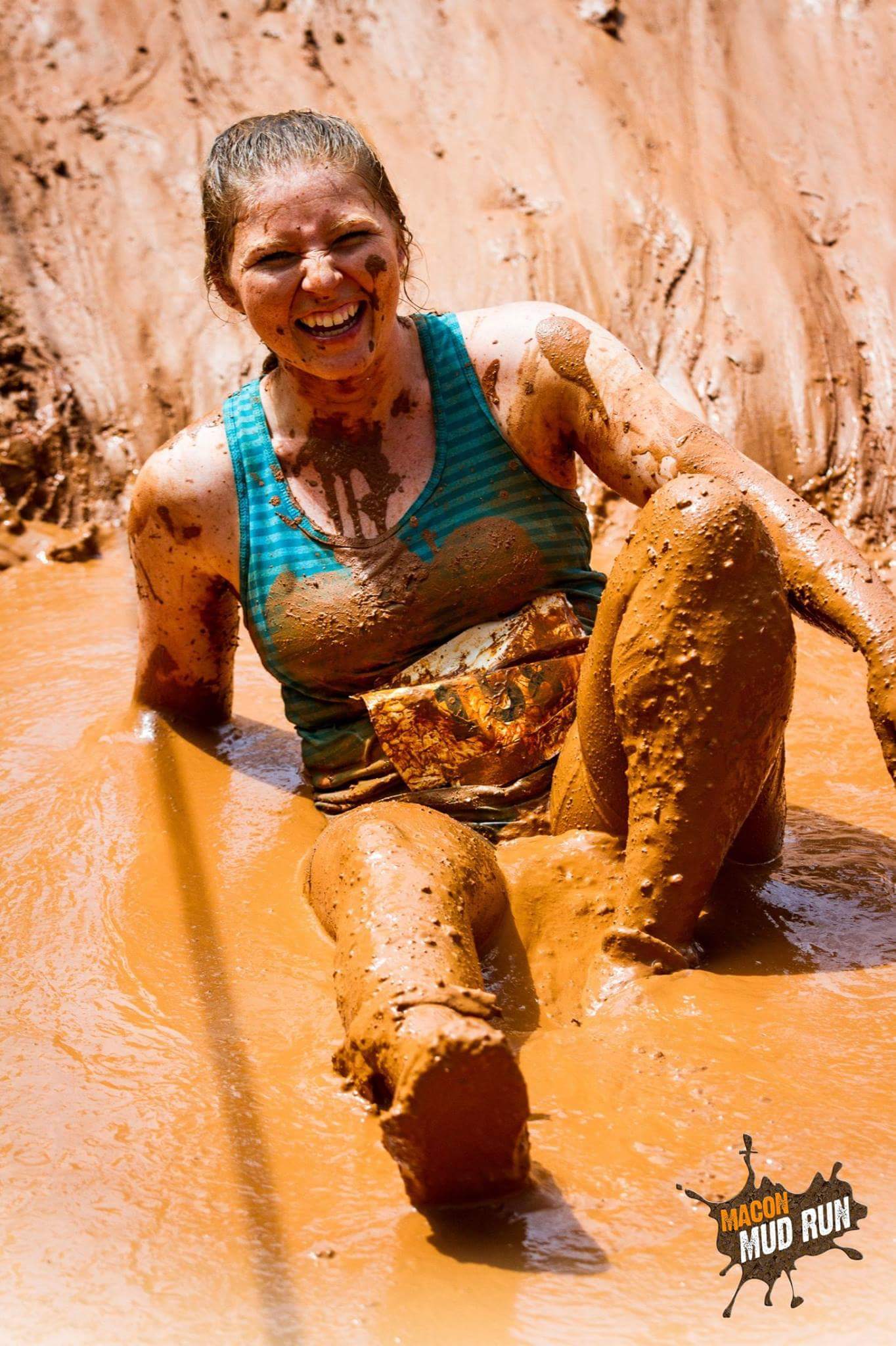 Another challenging obstacle was the traverse wall. These were set up pretty high on picnic table tops, which I really didn’t like very much, and may be an area for MMR to rethink and hopefully modify for next year. A slip off the muddy footholds would cause a pretty good drop onto the hard-packed crushed gravel below, likely with shin/knee/crotch/belly contact with that foothold on the way down. There was one volunteer acting as spotter, but that left 3 others without help. Maybe lower those just a little next year?

Another favorite was the 2nd lake crossing, this time through deep water necessitating a swim to get across, and an opportunity to wash off some of that mud! Again there was a sturdy rope with floating noodles along its length for assistance, lifeguards standing closely by, and as always, a walk-around bypass for those not comfortable with their swimming skills. A speedy water slide down a steep bank brought us back near the festival area. 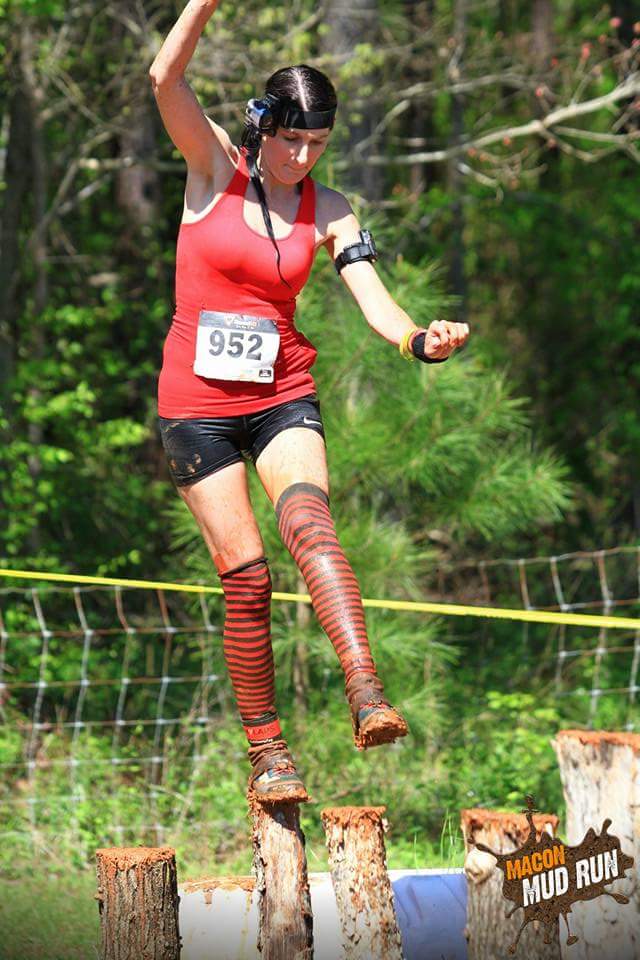 After a long 30′ balance beam traverse over a muddy water pit we soon arrived at the much anticipated “Major Mud”. A devious and carefully designed twisted trail of up and over and under and round and through twists and turns consisting of steep climbs, pipe crawls, slippery slides, grave-hops, and waist deep water crossings. One mentally challenging segment was wisely modified by the volunteers on site. It consisted of several lengths of wire cage placed over the top of the water filled ditch that racers had to pull themselves under while trying to keep their faces out of the water to be able to breathe. But due to the recent rains there was just too much water in the trenches and no space between the cage and the water. Kudos to the crew for making the adjustment on the fly and keeping the racers safe! 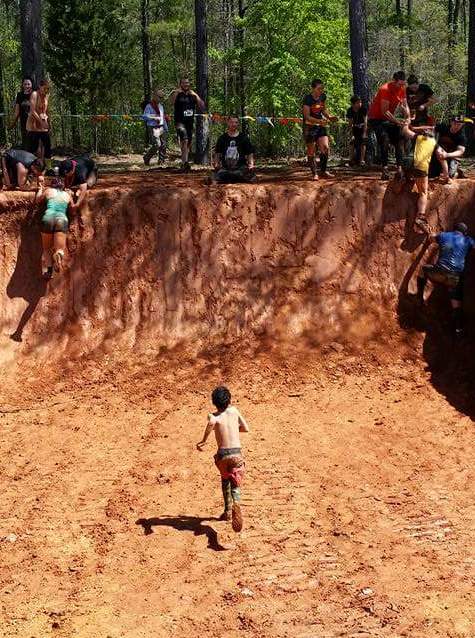 After making it through that muddy maze it was only a short trip over to the final 2 challenges. The first, and probably my favorite all day, was a 10′ quarter-pipe wall cut into the red clay bank. It required a good running start to be able to make it up the slick muddy wall unassisted, but later open waves had plenty of fellow racers waiting at the top to lend a helping hand. A final water slide back down the hill and there was the finish line! Man oh man were we muddy! And smiling! Taking a few minutes to see the Finisher Awards being given to top 3 Male and Female Overall Winners and it was time to hit the showers! Or maybe not. Hey that was so much fun….lets do it again! And so we did.

Making the rounds once more, this time on a later 5k open wave, we were amazed how much the course had changed. The first wave was muddy for sure, but after several hundred people slogged through and churned up the trails, there was a really big difference the feel of all that beautiful red mud…Now THIS was some really fun stuff. All the pits and slides and hills were the texture of blended mortar mix and we spent lots of time just rolling around and playing in it. If we were looking for mud, we had definitely found the mother lode!

Finally, after a million laughs and too much mud to remember, we made it back to the finish line and over to the rinse station. It would take a lot of water pressure to get this much mud off, and the showers did the job perfectly. Having them on the asphalt parking lot made them a whole lot more user-friendly, too. Another nice touch MMR! Changing tents and bag retrieval were close by and then, sadly, it was time to go.

Hats off to first-year RD Valerie Smith and all the crew and many volunteers at Hephzibah Children’s Home for making this year’s MMR even bigger and better than before! Everything was very well organized and every aspect of the race experience was run very smoothly. With over a thousand runners in 2016, this is becoming one of the local favorites! Folks if your looking for a fun, old-school MUD RUN that hasn’t bought into the current trend of the ‘ninjafication of OCR’ …one without the pressure of rigs, ropes, rings, swings, high climbs, and long heavy carries, then I encourage you to check out the 2017 Macon Mud Run! You’ll be glad you did! 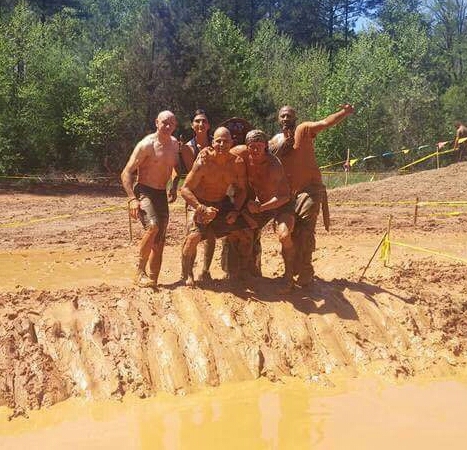 Richie is a 57 year old grandfather and racing enthusiast with over 100 OCR runs over the past 3 years.A member of the Grey Berets, Richie can be found at some race just about every weekend. 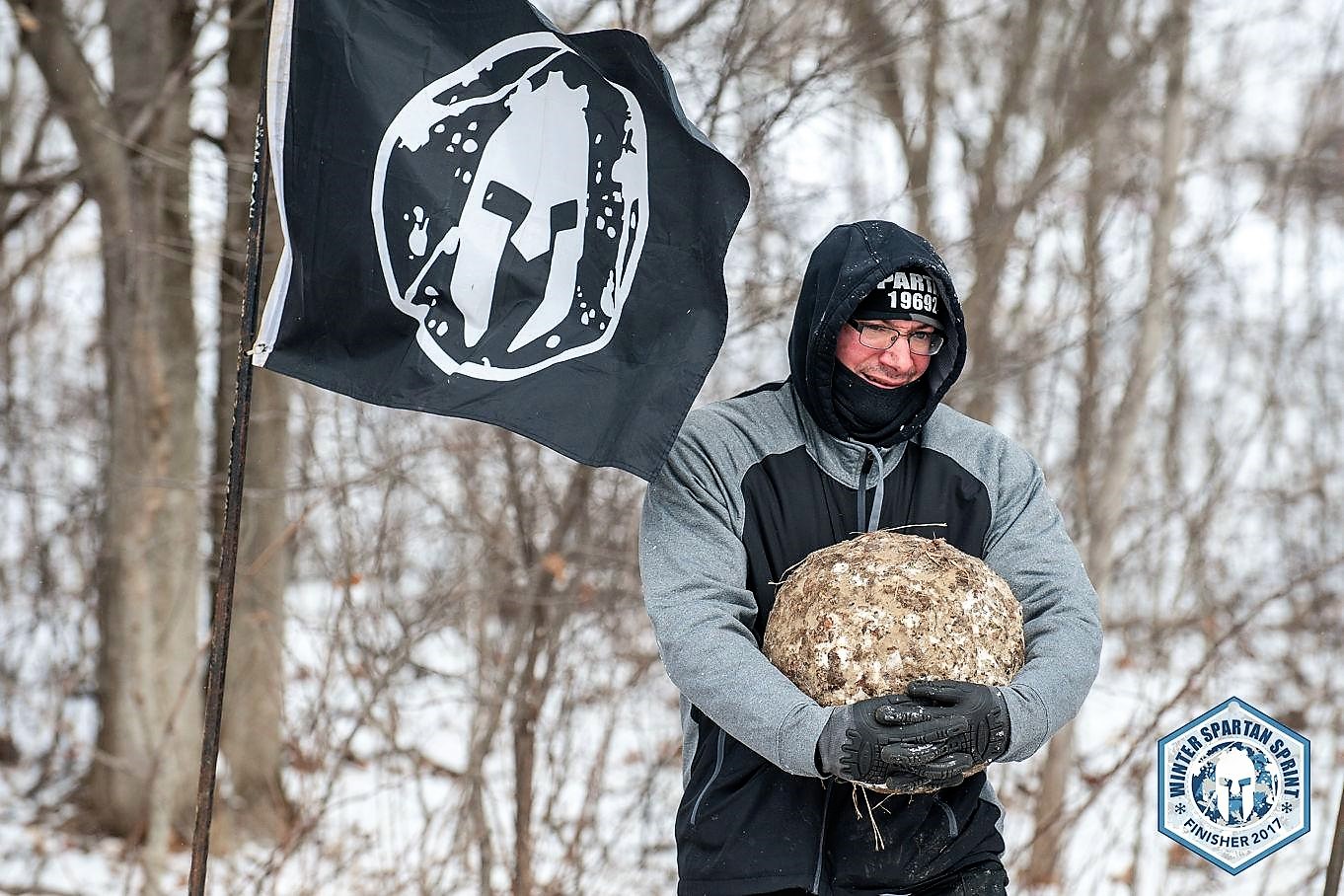 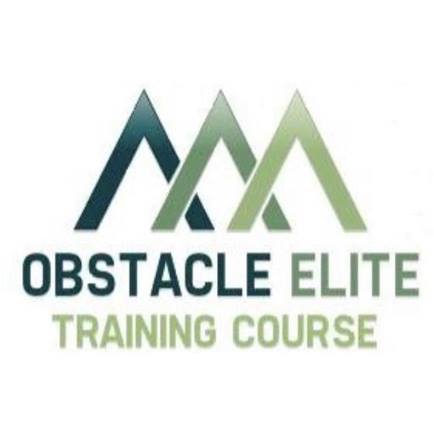 In what has been called “The Best Small City in America,” there is one of the best small… 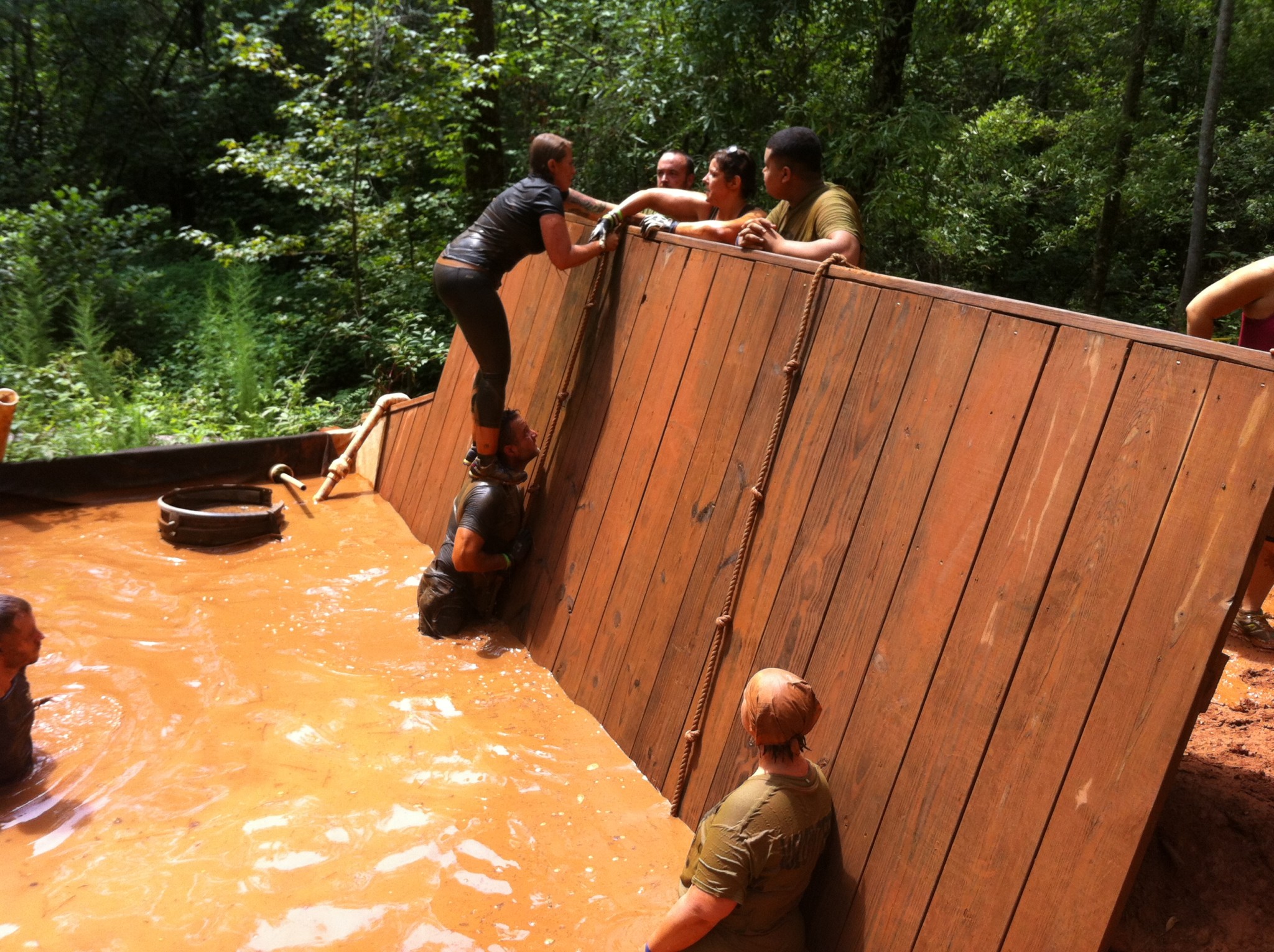 Udder Mud Run 2014 was the second year of existence and first time I participated. While I heard… 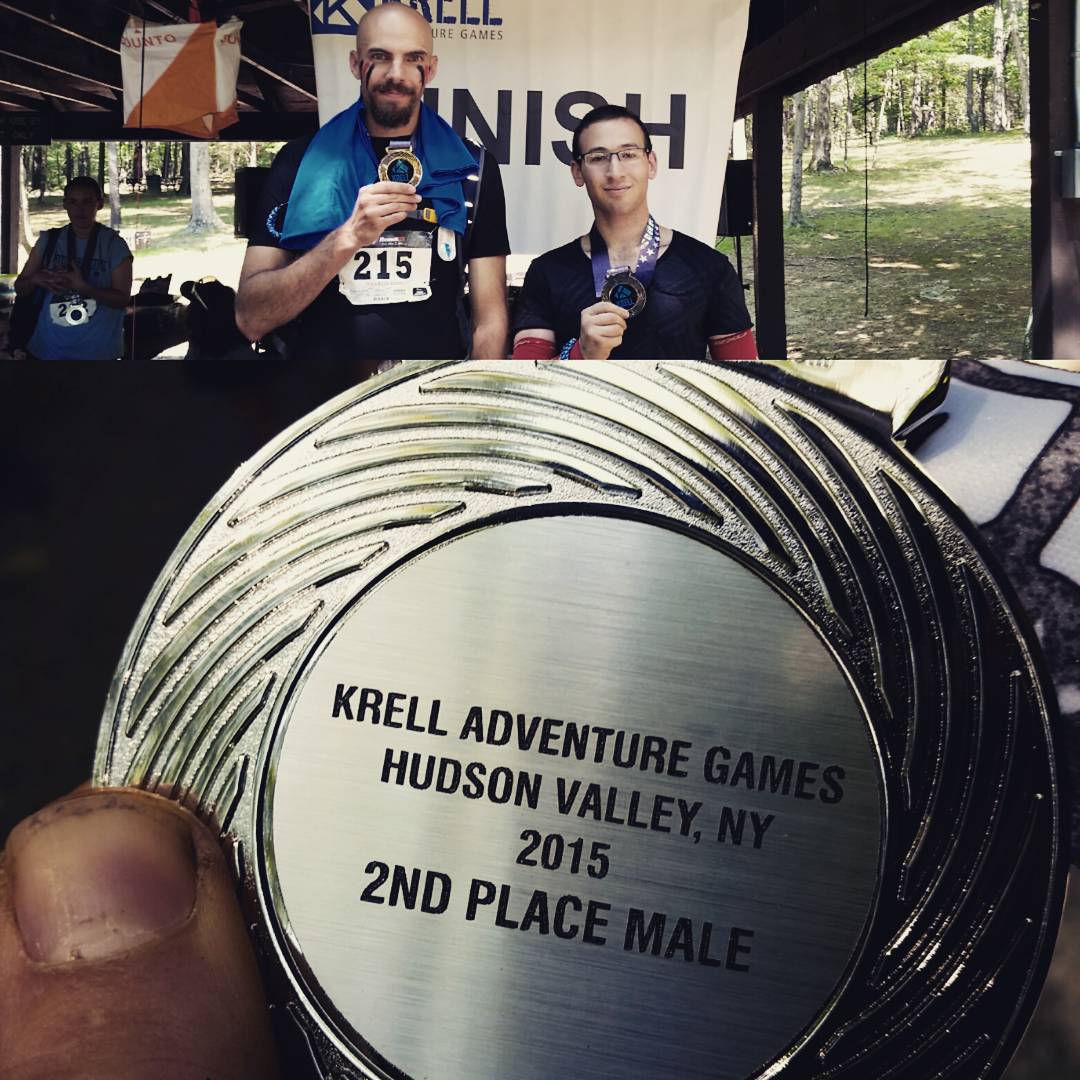 You wouldn’t expect to find marshmallows, climbing rope, and spaghetti strands in the same place at an outdoorsy…