Goliathon was born from Douglas Horton and his desire to encourage people to engage in a competition against themselves.

The race is untimed and the Goliathon obstacles were broken into 3 separate difficulty levels. G1, for beginners, G2, labeled as “difficult” and then G3, which are considered extremely difficult obstacles. The goal of these obstacles was to complete them without falling off, or touching any of the marked areas of the obstacle. If you completed an obstacle on your first try you were awarded a wristband. The goal was to acquire as many wristbands as possible by the end of the race. On G1 & G2 obstacles you could get assistance from other racers, where G3 it was purely up to the individual to complete the task. There were 9 total Goliath branded obstacles, as well as others scattered through the 3.9-mile course. 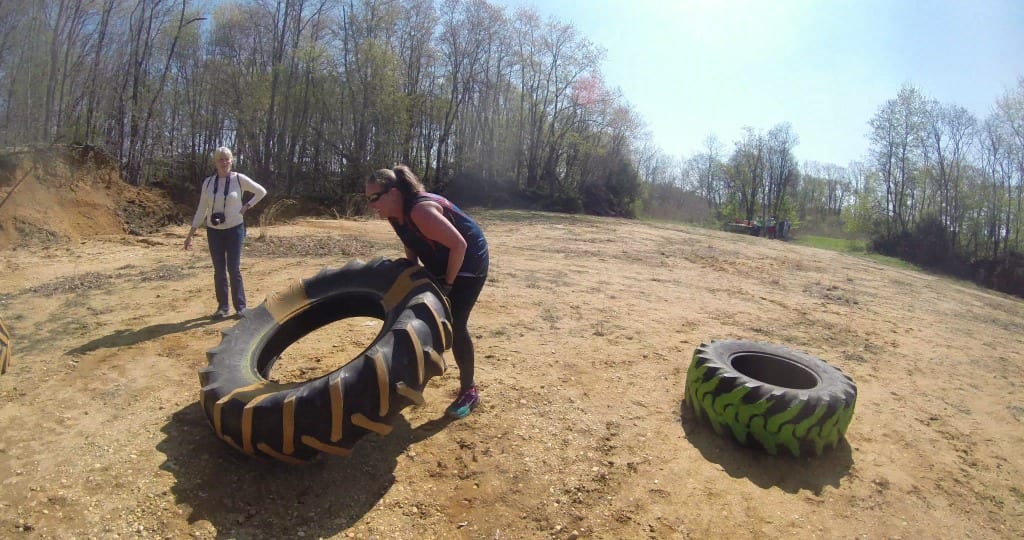 Upon arriving to the fairground where Goliath was being held, we were quite skeptical about the event. The property it was held on was very large, spread out and there were only a handful of attendees visible at the time. Parking was quite easy with the standard $10 fee being charged. Registration was simple and quick. There were no bibs to worry about, you were simply given a number that was written on you with a Sharpie and if you registered for the G3 obstacles, you were given an identifying band to show that you were willing to give them a try. The festival area was made up of a few small vendors and sponsors and a local live band played while the race went on. Bag check was free and they also supplied extra “grippy” gloves for attendees who may not have read the FAQs online.

Waves were sent off every 15 minutes only after entering a starting corral by way of a rope swing over a small pool of mud. Waves were small, maybe 30 people or less. Once inside the corral Doug went over the rules of the event again and shortly after we were onto the course. Goliathon made great use of the fairgrounds location, turning it’s natural terrain into obstacles as well as constructing their own Goliathon branded challenges and along the way you tackled the usual climbing walls, monkey bars, tire flips, and balance beams. The loose dirt hills served two purposes, as a mountain to conquer and a slide to go down. 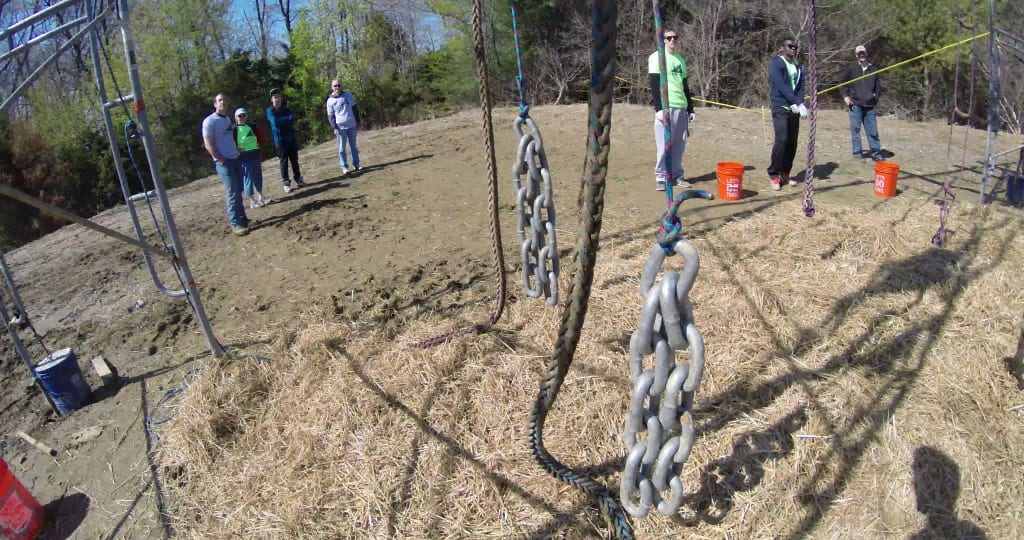 The constructed obstacles were well designed, challenging even the most experienced racer. A rope climb wasn’t just a rope climb.  The G3 version of the rope climb included a heavy chain collar that you needed to lug up with you and use to ring the bell in order to successfully complete the obstacle and get your band. After a few more terrain-based obstacles, we came to “Circus Maximus” which is where Goliathon starts to really display the uniqueness of its challenges. This made up of an inverted climbing wall, onto swinging rings that landed you on a platform that you then needed to climb up to and finish off by swinging over a mud pit in order to complete it successfully. This was one of several multifaceted obstacles, none of which I’ve ever seen at any prior events. These obstacles are really what set Goliathon apart from the other races we have done. You finished the race with your choice is 3 warped walls to get up where you were rewarded with a water slide into a pool of mud. After the slide you receive your traditional banana, drink and along a bag of swag including your shirt and a survival strap necklace. 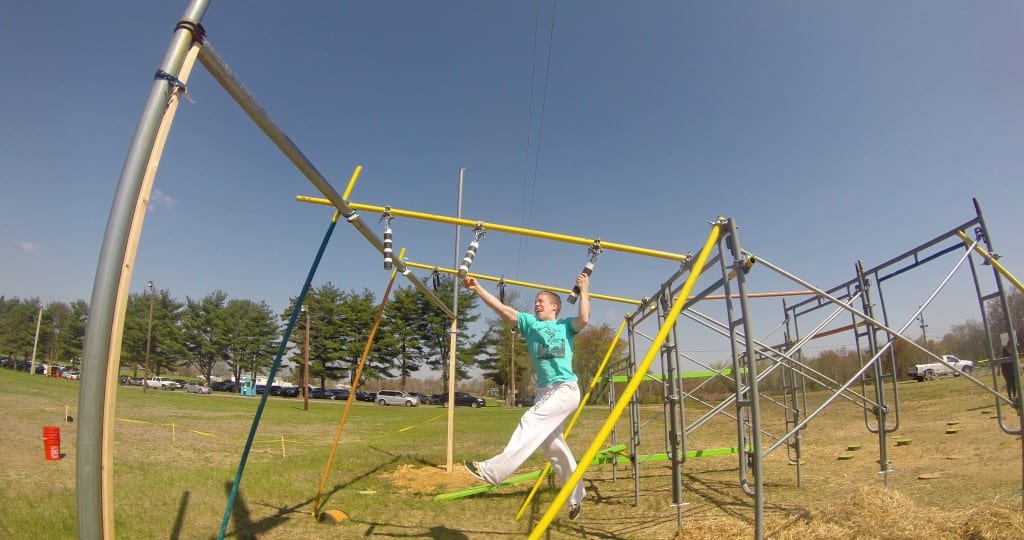 The volunteers on site were extremely helpful and friendly. They followed the rules when it came to awarding bracelets and small waves kept backups from occurring at the obstacles. They also offered free photography including a GoPro drone filming from the sky.

Goliathon currently has registration open for a Nov 1st event at the same location with aspirations for future expansion.

Cathy Chace is a mother of two, when she is not volunteering at or running obstacle races, she owns a cupcake business and is also a dog walker.

I usually need a few days to gather my thoughts of the Killington Beast, and I was hoping…