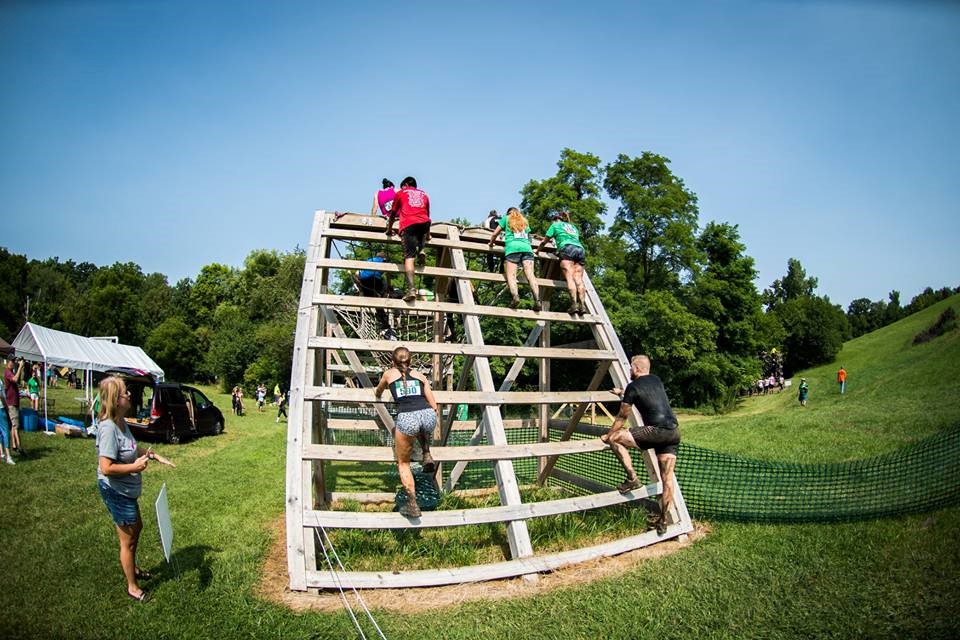 With so many large OCR events going on across the country these days it’s easy to forget that many started off as a small, local event. I always try to include a few of these into my race schedule every year due in large part to the down-home feel and personal attention to detail. The costs associated with these events are generally far less without a huge drop off in the quality of the obstacles.

If you’re a competitive athlete these smaller events may offer you a better chance to place due to the lower participation numbers while still making you work for it and there is a good chance the staff will greet you by name at the registration tents if you are a repeat attendee.  It was for all these reasons and more that I made my way to the small town of Coal Valley, Illinois on August 11th for the 6th annual Case Creek OCR.

The 3.4-mile event was held on a beautiful farm filled with rolling hills tucked into the far Northwest corner of the state. The course had a modest elevation change of around 700 feet but very few sections of the course were flat making the race feel more vertical that it was. The race director made excellent use of the surrounding farmland and wooded acreage along with a few jaunts through the race namesake, Case Creek.

The event had two different race categories, Competitive, which was the first heat of the day with open class heats taking off throughout the rest of the morning. The competitive heat awarded awesome custom plaques to the top three men and women in age group categories separated by 10-year spans and looked really cool hung on your wall at home. 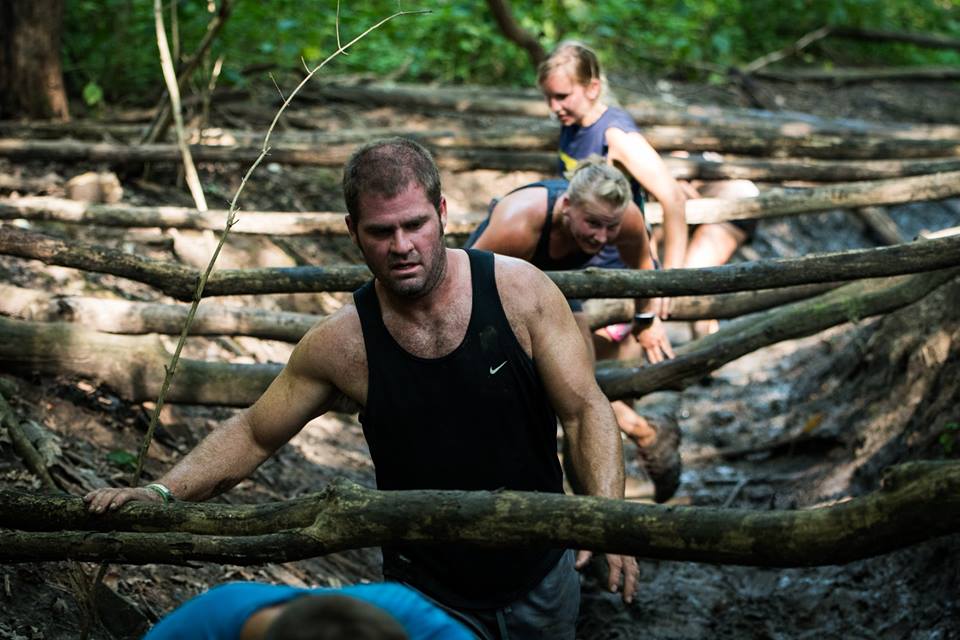 The race started off as it always has by sending runners up the hill in front of the main house before taking a turn sending athletes along the edge of a field where a series of low hurdles were situated.

The next obstacle was the only one that I think Case Creek should get rid of as two blue plastic 55-gallon drums were laying on the ground and required an athlete to crawl through them. Now, this was a super tight fit for any large person and the drums were not really secured to the ground causing me to almost run the rest of the race with the barrel around my waist! From there things improved greatly as the next obstacles presented included a wall climb and low crawl along with a set of monkey bars suspended over a water pit.

The herd had not thinned out much by the time racers reached the weaver and cargo net climb causing a bit of a bottleneck but from here on out, I had no trouble with lines at an obstacle. After a log carry the course got down and dirty by sending athletes through a series of ravines with fallen trees laid over the top making many racers get down on all fours and crawl through the slop to escape. This was an excellent place for Case to set up their balance beam made of logs as racers shoes were still caked with mud from the previous low crawl. 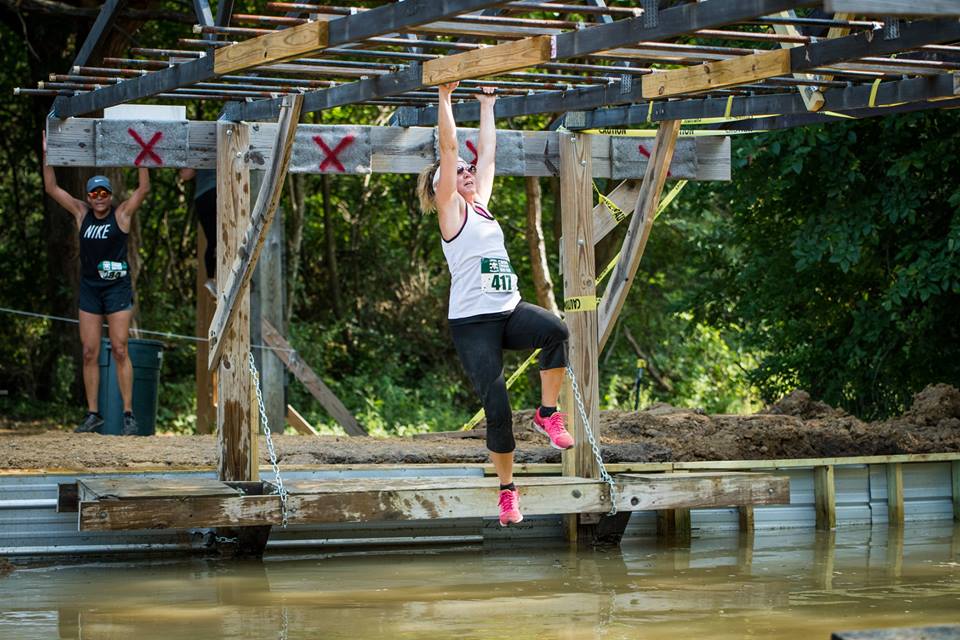 Athletes now made their way back towards the festival area where 5 obstacles were set up within easy viewing distance for family and friends but not before finishing a log hoist which was very light and hardly slowed down an athlete at all.

First up was a low crawl over a section of fence followed by a short atlas stone carry. A low hurdle was presented right after dropping off your atlas stone followed by a set of muscle-unders requiring an athlete to lift a wooden wall up before scooting under to the next. A unique cargo net, suspended off the ground by 2 climbing walls, was the last obstacle in this section. Racers now made their way out of the festival area in one final loop scaling a giant tire wall on their way out. This final loop included such obstacles as a rope swing and mud pit crawls and ended by having racers wade against the current through the creek and back to the festival area. 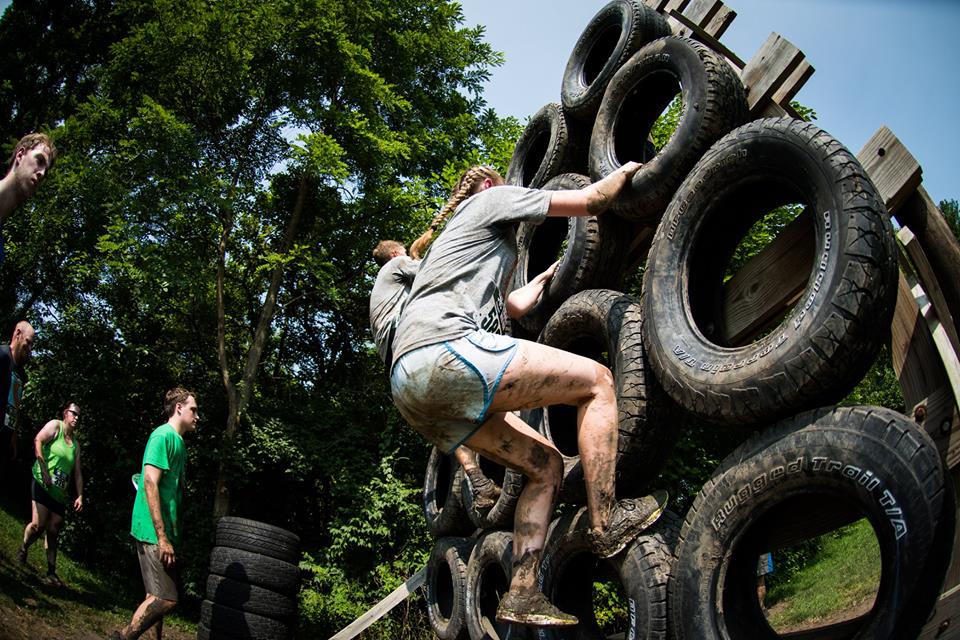 The only thing I might suggest to Case Creek is to maybe stagger the men’s and women’s competitive heats by 5 minutes to help with a few of the bottlenecks. So if you’re into smaller events or not a big fan of crowds give Case Creek a try. Everyone there is super friendly and your low race fee gets you free pics and parking along with a tee shirt and post-race refreshments.  A separate kid’s only course will be held on the weekend of September 8th so get your little one signed up! 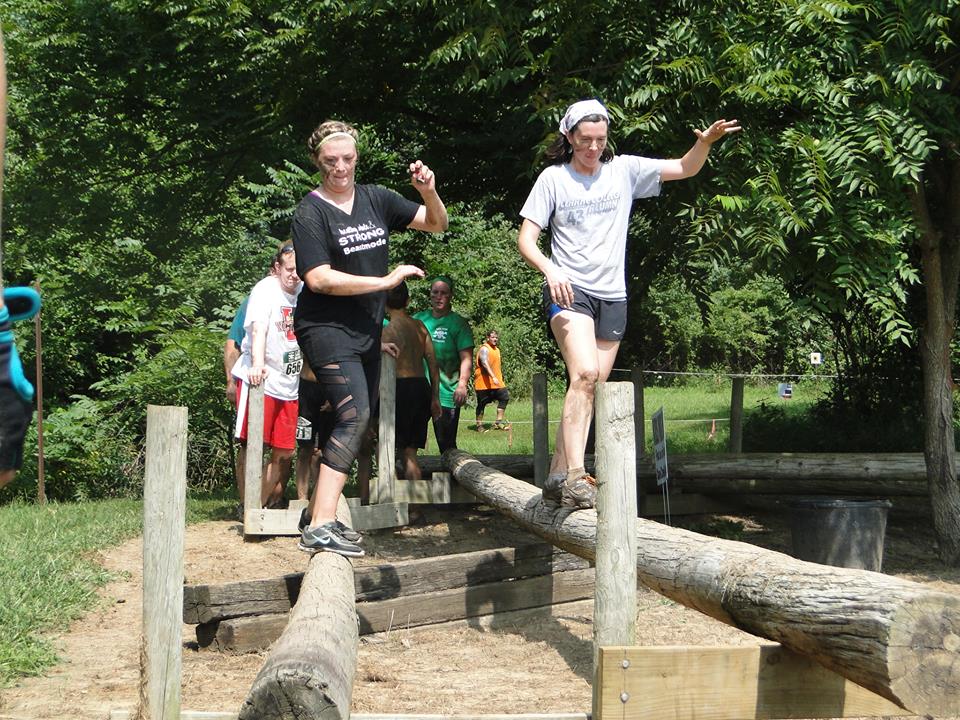 Machete Recon XII was held at Golden Gardens/Shilshole Beach in Seattle, WA on February 18-19 from 8pm to… 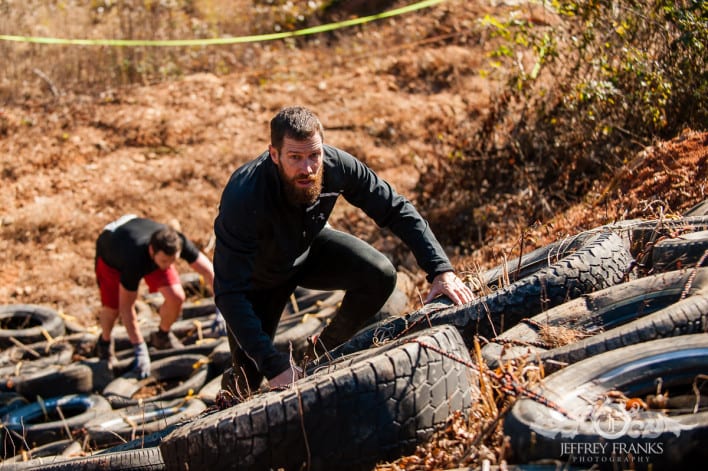 Dahlonega, Georgia is not the kind of place that immediately comes to mind as a great setting for… 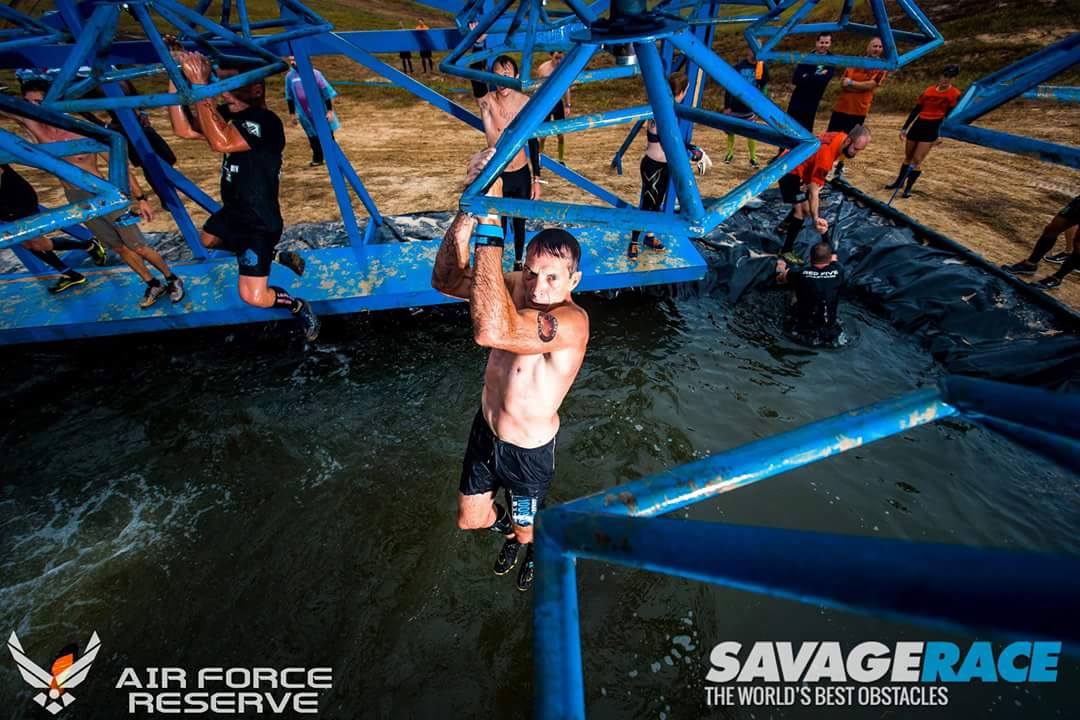