The 2015 Ultra Beast….did it live up to the hype? Was it really the hardest obstacle course in Spartan Race history? Some say that it was the hardest race for this season, without a doubt, but the Vermont Ultra Beast of 2014 still stands as the toughest obstacle course. This year weather played a huge factor as to the success of many racers who set their sights on completing the Ultra Beast. The frigid waters of the swim washed away the dream for many racers on Sunday. A DNF isn’t easy to absorb, but it most definitely serves as a learning curve.

As the racers lined up in the early morning of the Ultra, the elites were warned they MUST do all the water obstacles, and burpees were NOT an option. The open heats had the option to do 60 burpees per water obstacle if they wanted to continue on – this would equal up to 240 burpees for all open ultra-racers, just for the water obstacles. The debate as to whether or not to go for it would weigh on the minds of most of the racers up until the moment they arrived at the swim, which was about 9 miles deep into the course. First, the racers must climb to the summit and brave the winds, fog, hail, snow flurries….whatever was happening at that moment in time when a racer arrived. The swim was located just after the decent. On Sunday, the temperature of the water came in at 40 degrees. It was only 30 meters, but that 30 meters proved to be a huge deciding factor as to who would finish and who would not. 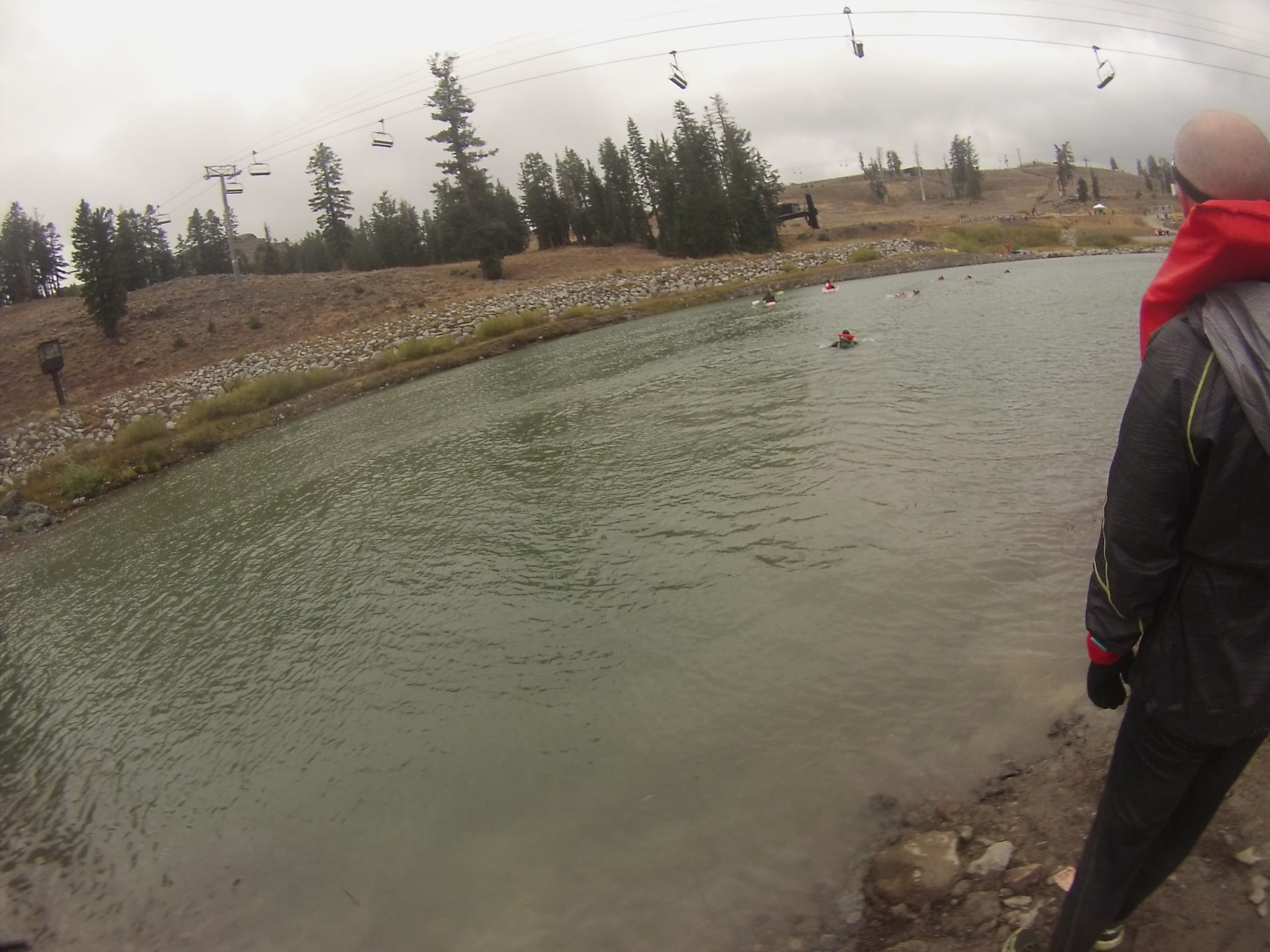 For most racers, their legs would completely lock up within a short distance of starting to swim. For me, it wasn’t until after I got out of the water and the wind hit me that I felt the freeze take over my body. I just sat there for a minute to get my mind in order. I put my windbreaker on and quickly started running down the mountain, and it wasn’t until I hit the barbed crawl, walls and more barbed crawl and more walls that the shivering began. I just couldn’t let the staff see my pain. After I got through that portion and was heading down towards the atlas carry, my right leg completely seized up. A women stopped me, gave me a salt pill, told the staff that were driving by that we were great and 20 seconds later my leg was completely fine. It was amazing. It was at this point in the course that most people were pulled from the race. Devastating.

After getting through that grueling portion, the ultra-racers only had about 4.7 miles to finish the first lap. The bucket brigade was in this final 4 miles. Joe DeSena took personal pleasure in checking buckets that day. He looked into one man’s bucket, saw that the dirt had settled, added rocks to the guys’ bucket and sent him back up the mountain. From that point on, all the volunteers upheld the same standard. “I better not see holes!” became the most hated phrase on the course.

Lap 2 proved to be extremely challenging. At mile 23, people were still being pulled from the course. I can’t imagine how they felt. The staff told them that they just wouldn’t make it. It took me about 2 hours longer than the first lap. (I planned my first lap just in case that happened.) The cold was excruciating because my shirts never dried from the swim. I had hand warmers and toe warmers, but the wet under my windbreaker still caused me to freeze up a bit. For the second lap, I picked up a race partner, found a couple other racing friends, and we helped encourage one another. Never plan to do an Ultra alone. Especially your first one.

The log carry slowed us down, but we made the 5:30pm check-in early; the 7:30pm check-in at the spear throw was no joke! It was only 4 miles, except for the fact that it was the hardest portion of the course. If a racer didn’t have extra time to work with, the challenge was real. In 2 miles of that 4 miles there was the swim, which closed down at six o’clock because a guy went under water and a diver had to go in for the rescue. So, there was 60 burpees and then 60 more at the dunk tank. The 7:30 check-in was just passed mile 10. It was rough. Once you made it passed that, the only thing a racer had to worry about again was the bucket brigade. All other obstacles were just a bump in the road. 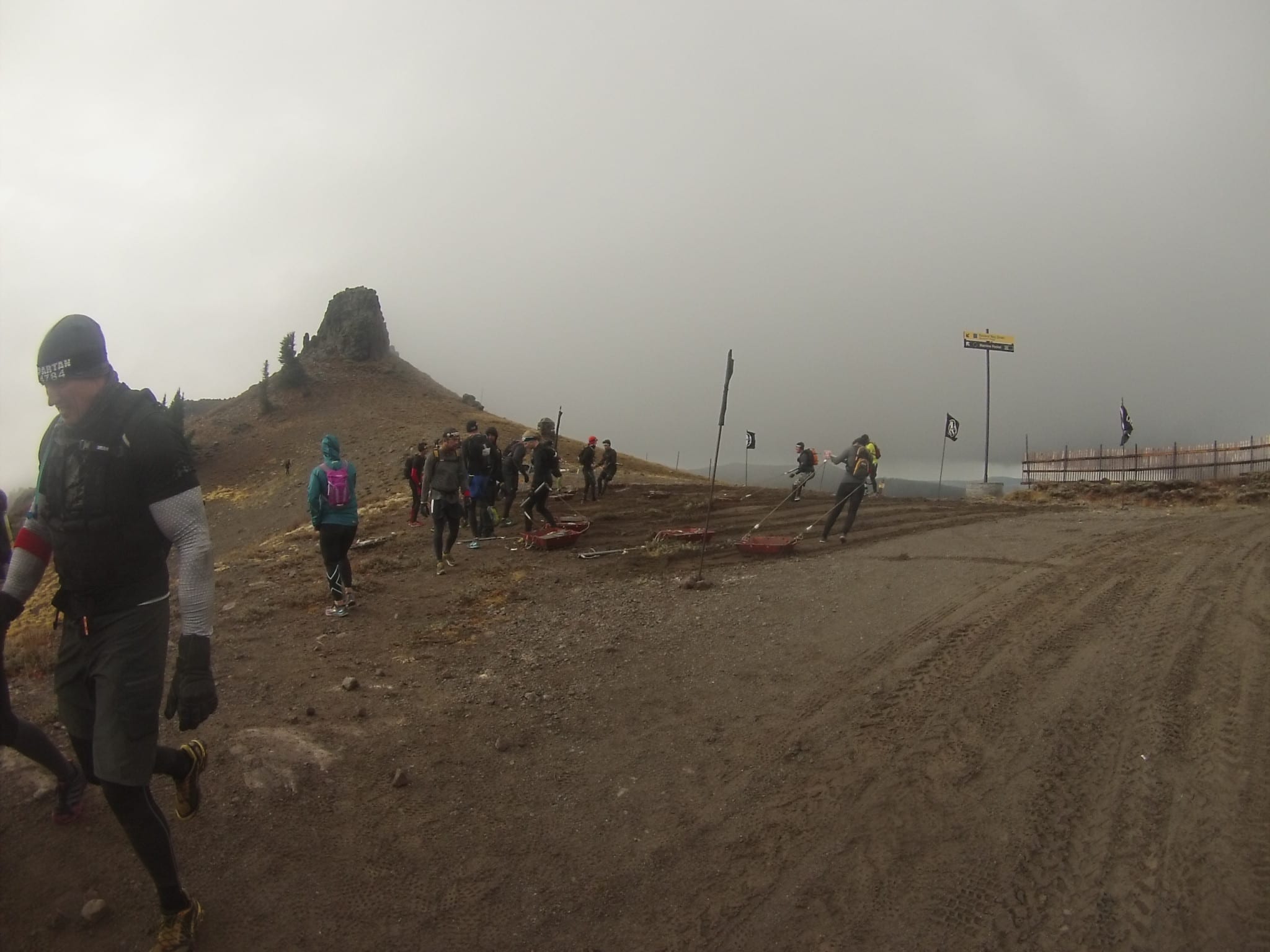 Sled Pull – At the extra mile for the Ultra Beasters

Moral of the story, wear a watch, have a plan, make sure you pack a good lunch, learn how to rope climb with numb frozen hands, and have a change of clothes or socks. If it’s cold get hand warmers and foot warmers. Keep moving and forge ahead. If you keep time and a steady pace, the check-ins are achievable. The only way to keep an accurate time for success is to know your personal abilities as an athlete. Also, eat what sits well with your body. Good luck and be prepared.

Samantha Wishner is a mother of two and resides in Arizona. She is a sponsored athlete and member of the WOR Pro Team. Her first obstacle race was the Arizona Spartan Super in February 2012.

Down and Dirty Obstacle Race: Perhaps the Best Introduction to OCR 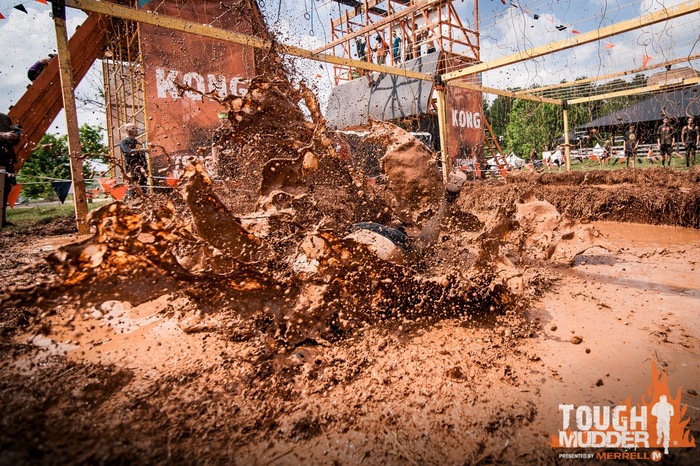 They say what happens in Vegas, stays in Vegas!  Well, I guess it’s lucky for you then that… 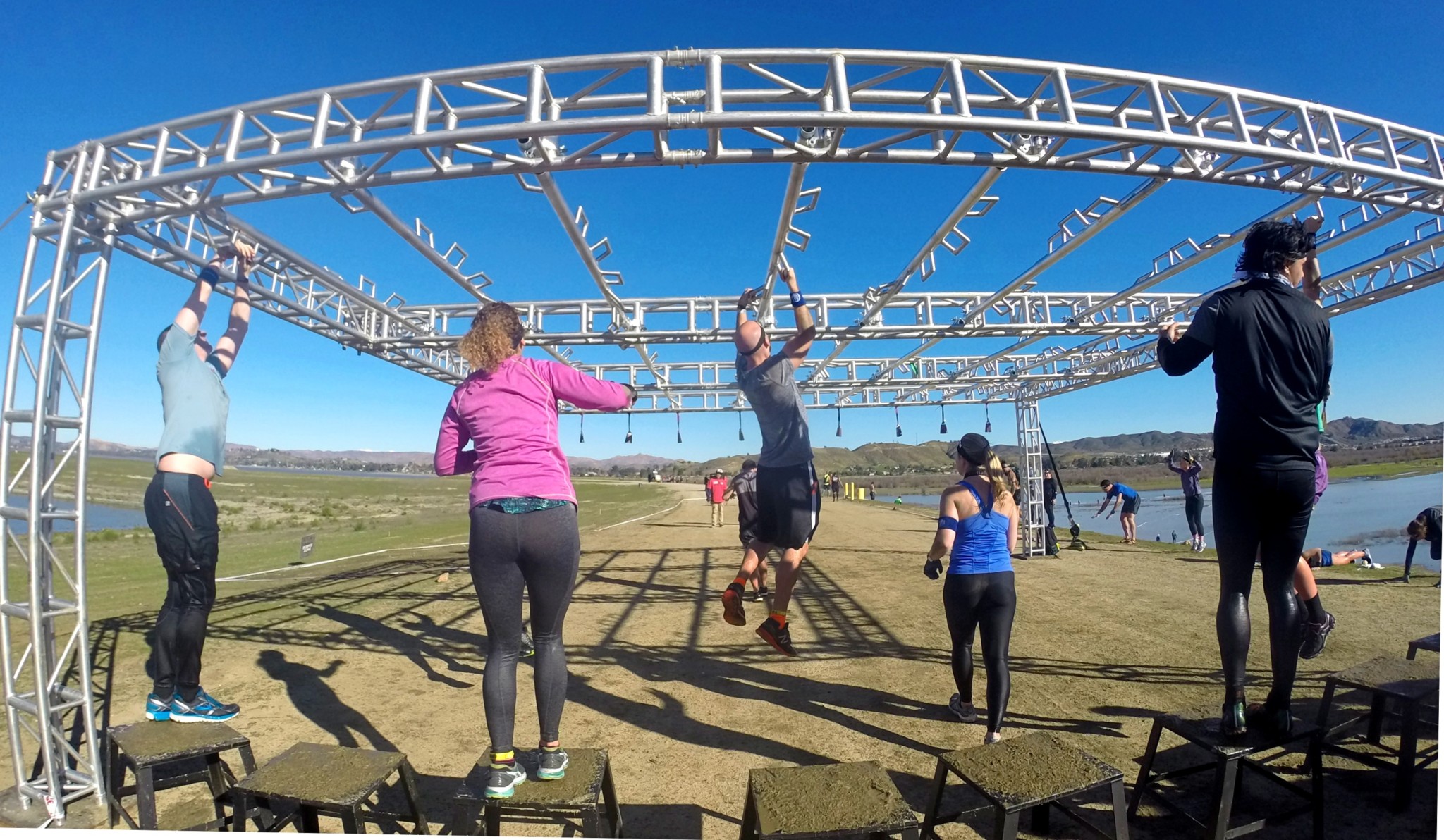 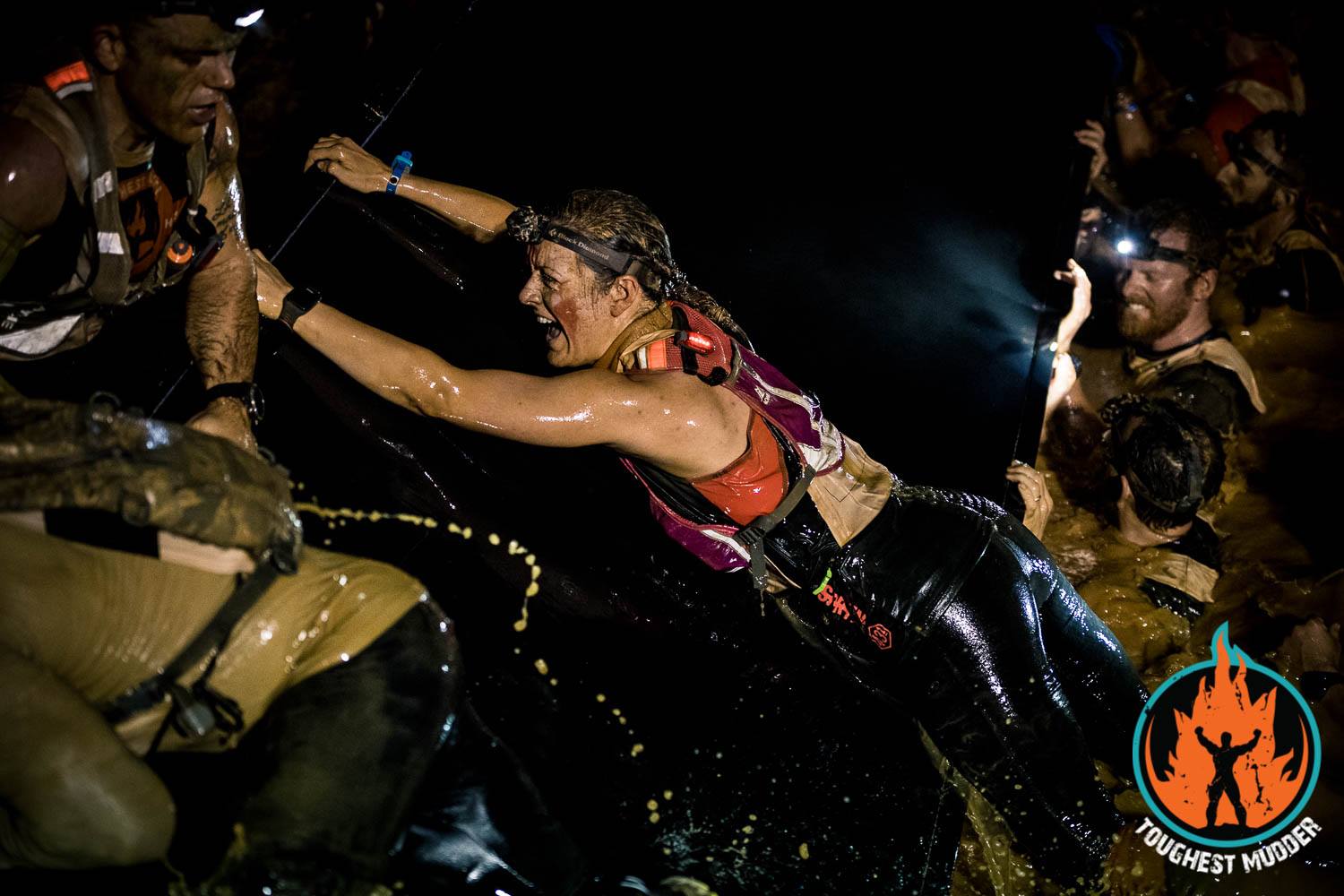 In today’s OCR landscape, there is a plethora of events featuring numerous different course lengths and difficulties to…