BattleFrog Series brought its action back to Georgia for the fourth time since their start in 2014, with Lake Lanier Islands Resort hosting both their standard Saturday event along with the return of their now annual ESPN sponsored College/League Series event kicking off earlier in the week. Taking their festivities to the beach immediately set a different tone from most Georgia races, leaving the typical horse and “mud” parks in the wake. 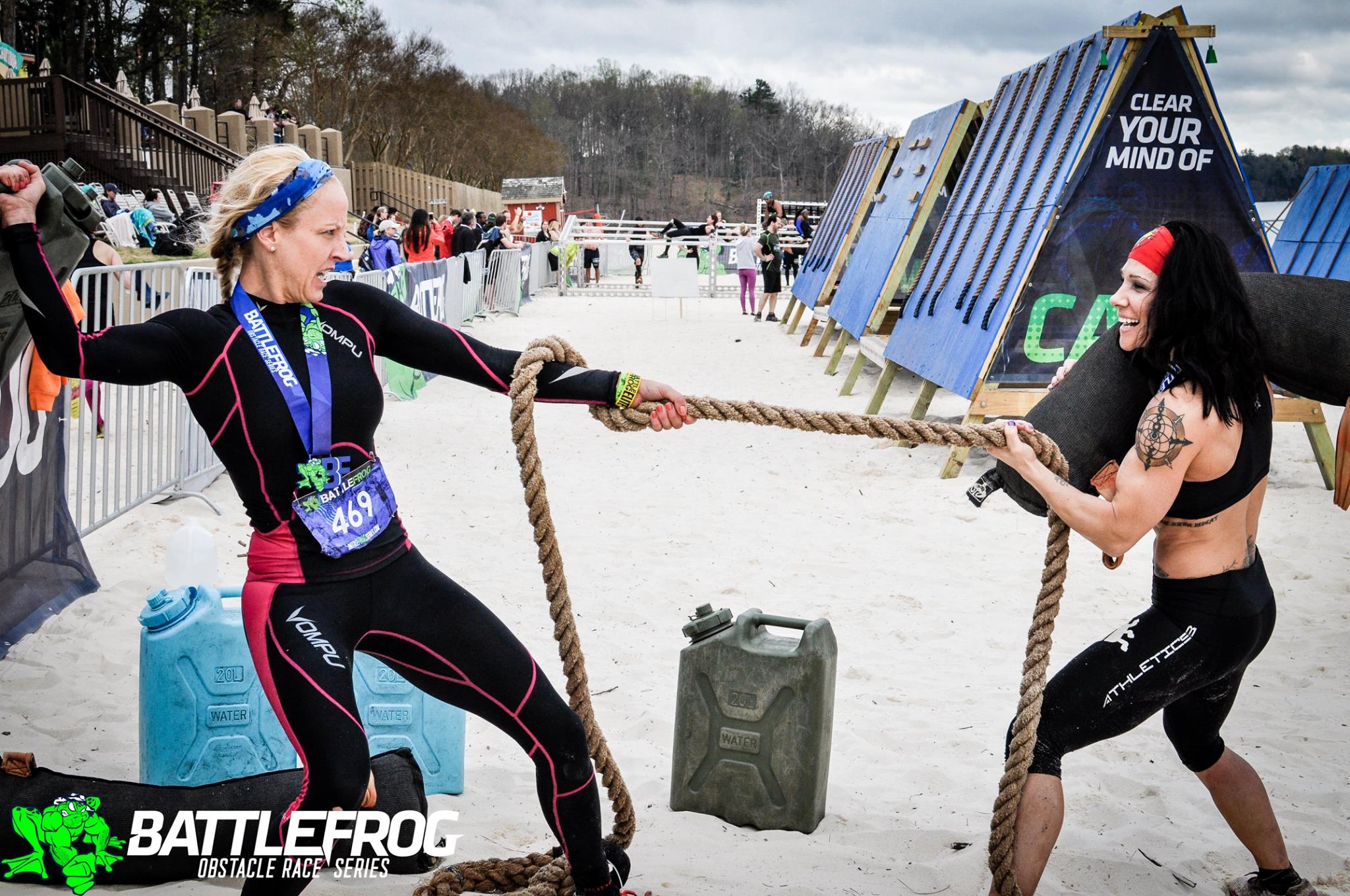 Let’s talk about the course: with the start and finish lines right in the sand, competitors immediately took off for a short jaunt through waist deep water then skirted the rocky and somewhat treacherous opposite side of the cove before starting  the first of many climbs. This was the primary theme of the course, splashing along the shore or climbing the many hills through the woods between obstacles. Although there was no extreme test of will compared to the peaks of Tahoe, Wintergreen, or even Pennsylvania, I challenge any series to find a venue with as many transitions between the sand/water to hill climbs. I didn’t even realize I was running on a golf course until my second lap! The overall natural beauty of this venue was absolutely stunning, with a wild deer sprinting out in front of me in the middle of the race. I have to admit, this venue might be my new favorite for the Southeast. 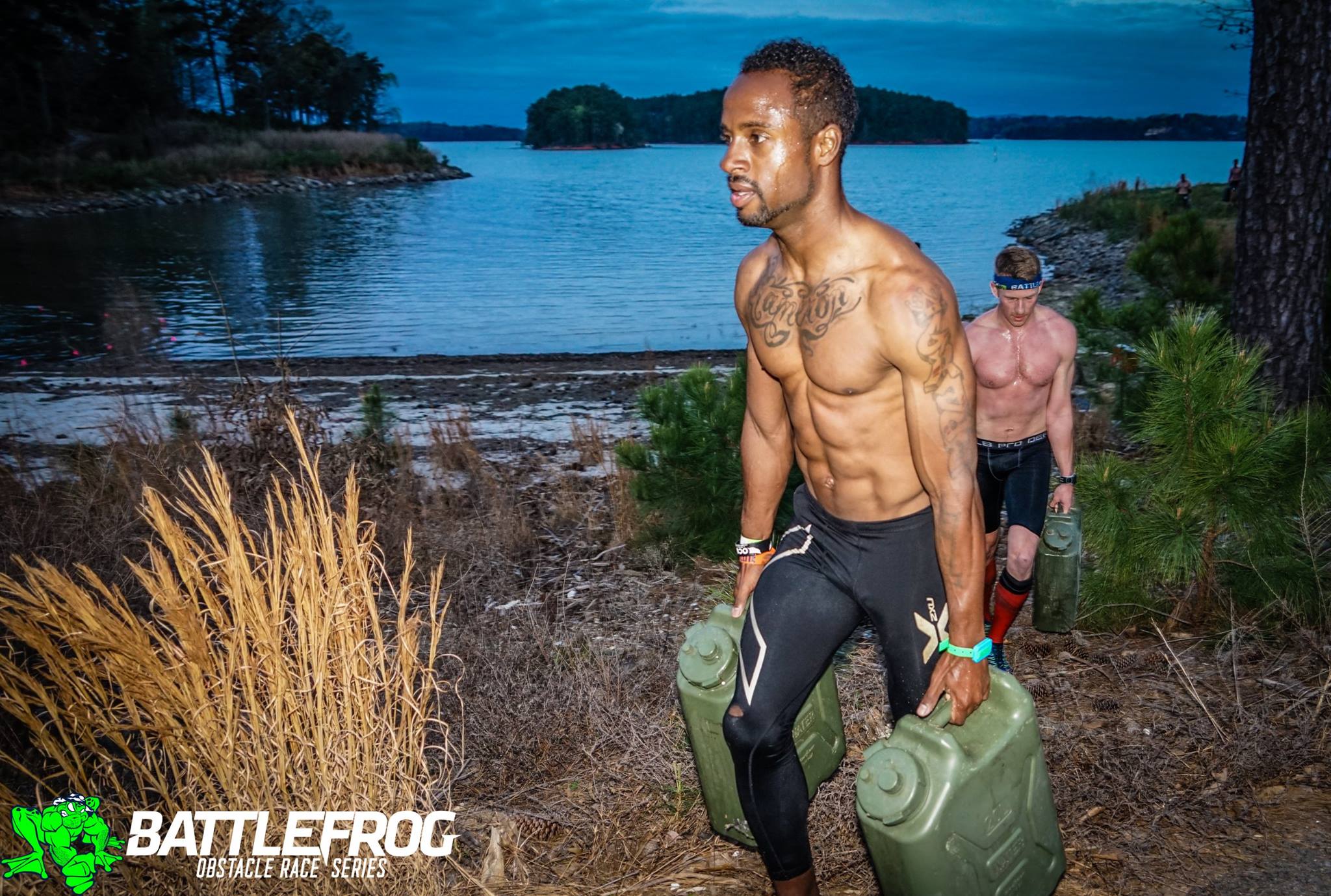 Because it is BattleFrog, the obstacles themselves deserve their own section. The series has faced two reputations in the past: being extremely difficult, and occasionally of questionable safety. BattleFrog officially squashed these problems at this race! What many racers running in the open waves appreciated was that some of the typically spirit-crushing obstacles, such as the platinum rig and tip of the spear, had several ability levels to try-elite, intermediate, and novice. Adding the extra lane allows a challenge for those desiring a true test, without discouraging participants who are still developing their skills or are new to fitness. Also, the physical construction for many of the obstacles was upgraded, using more structurally sound materials and design (many obstacles switched from wood to metal frames). The added rings made an interesting twist for the common rope climb, and the elite lane rig completely changed up the expected race results for many, including myself unfortunately. The only obstacle that many of us didn’t appreciate was the squared metal weaver, with surprisingly wide spacing even for a taller racer such as myself. Switching to round pipes and closing the gaps by ~6 inches won’t make the obstacle too easy, it will simply leave less unnecessary bruising on the legs and arms. Overall, the obstacle set-up and spacing was expertly done. 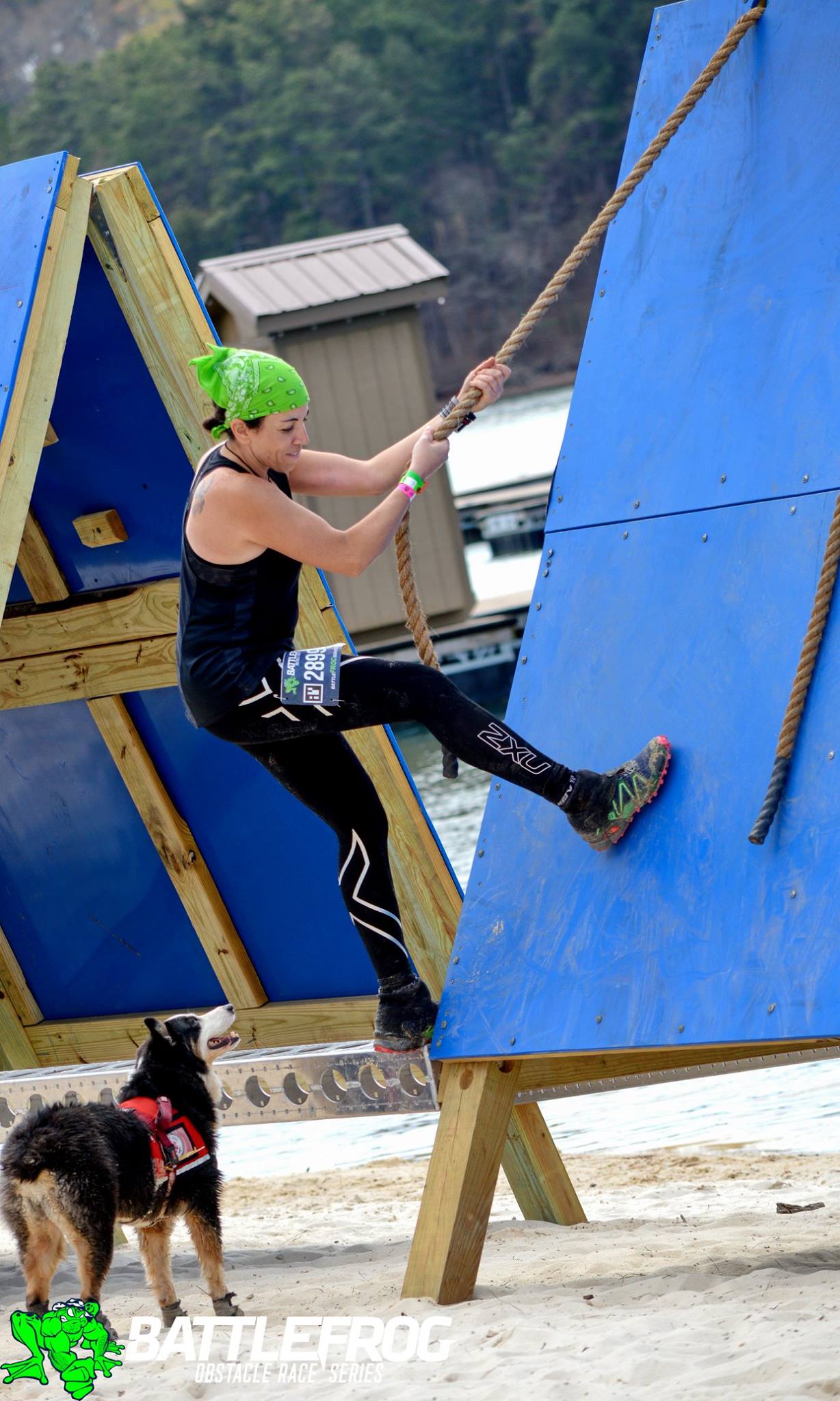 After the event, I was able to get in touch with new race director and course designer Adam Washburn, himself a veteran competitive obstacle racer. Some late changes ensured that the course used more of the lake and “took it off the fairways of the (golf) course.” Putting Hooyah out into the water was a late decision that paid off, and he had nothing but praise for his build team for getting it done; “They do a lot in such a short time and don’t get much credit for their work. Most of them are coming off of 6 events back to back.” The only true venue regret was that they were unable to use some of the amusement park water slides which required re-surfacing and essentially the only true off-limits area for their build, added Adam.
BattleFrog continues to grow and develop as a race series, just like it’s participants that keep coming back for more. Bravo for a job well done this weekend BattleFrog, and I truly hope to see more events at Lake Lanier! 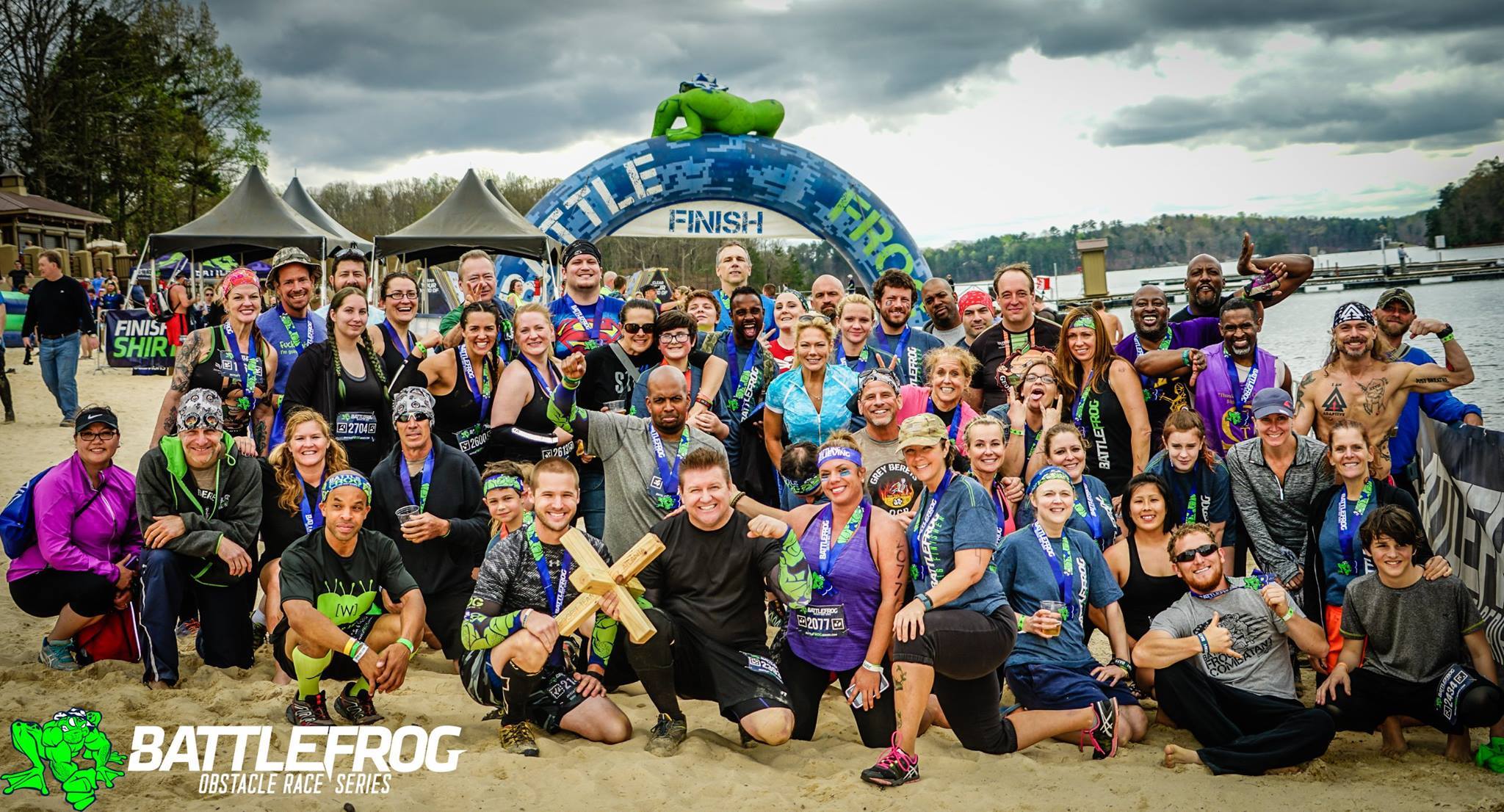 A Day in the Life of...Miguel Medina 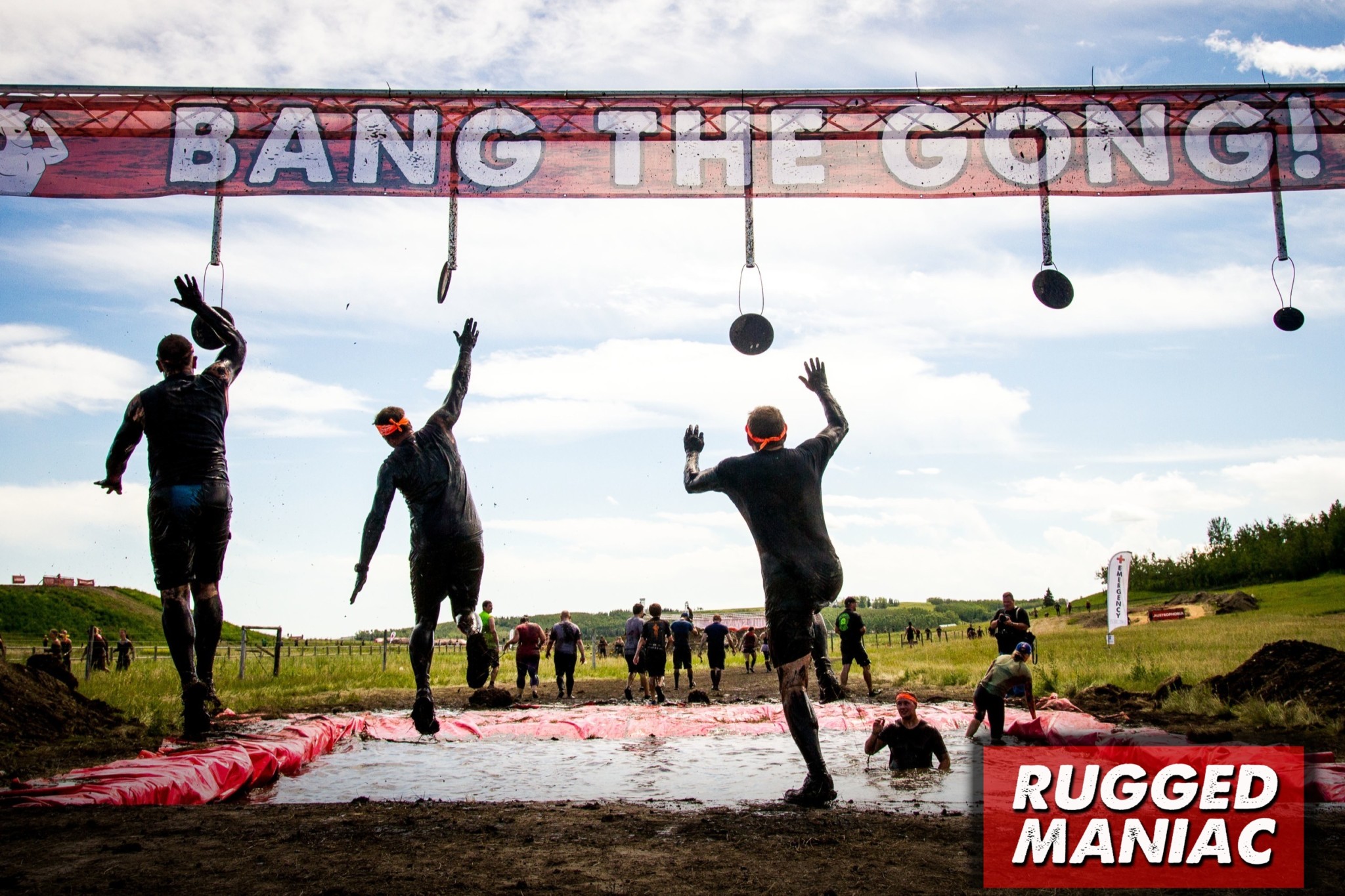 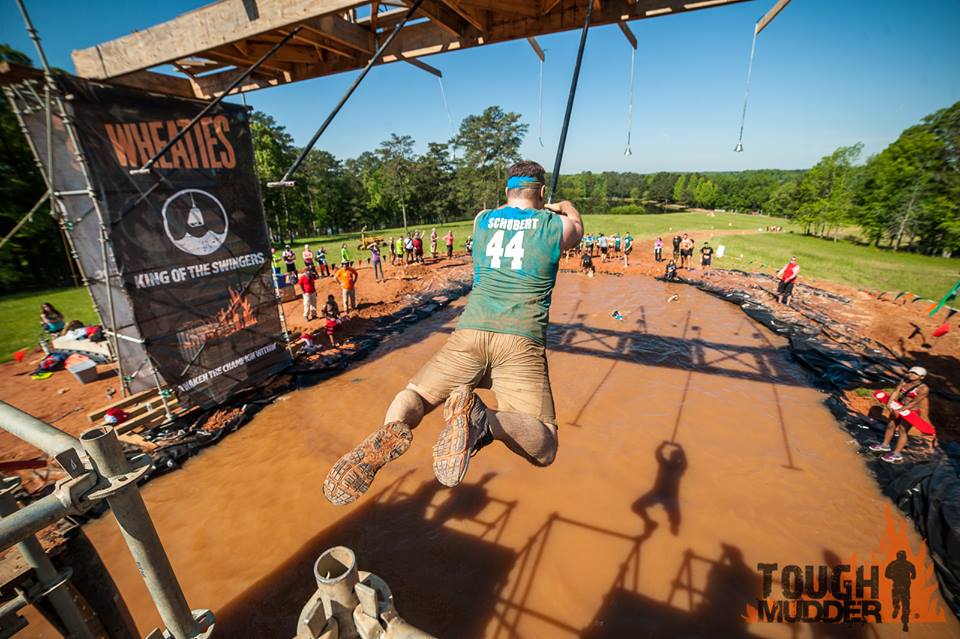 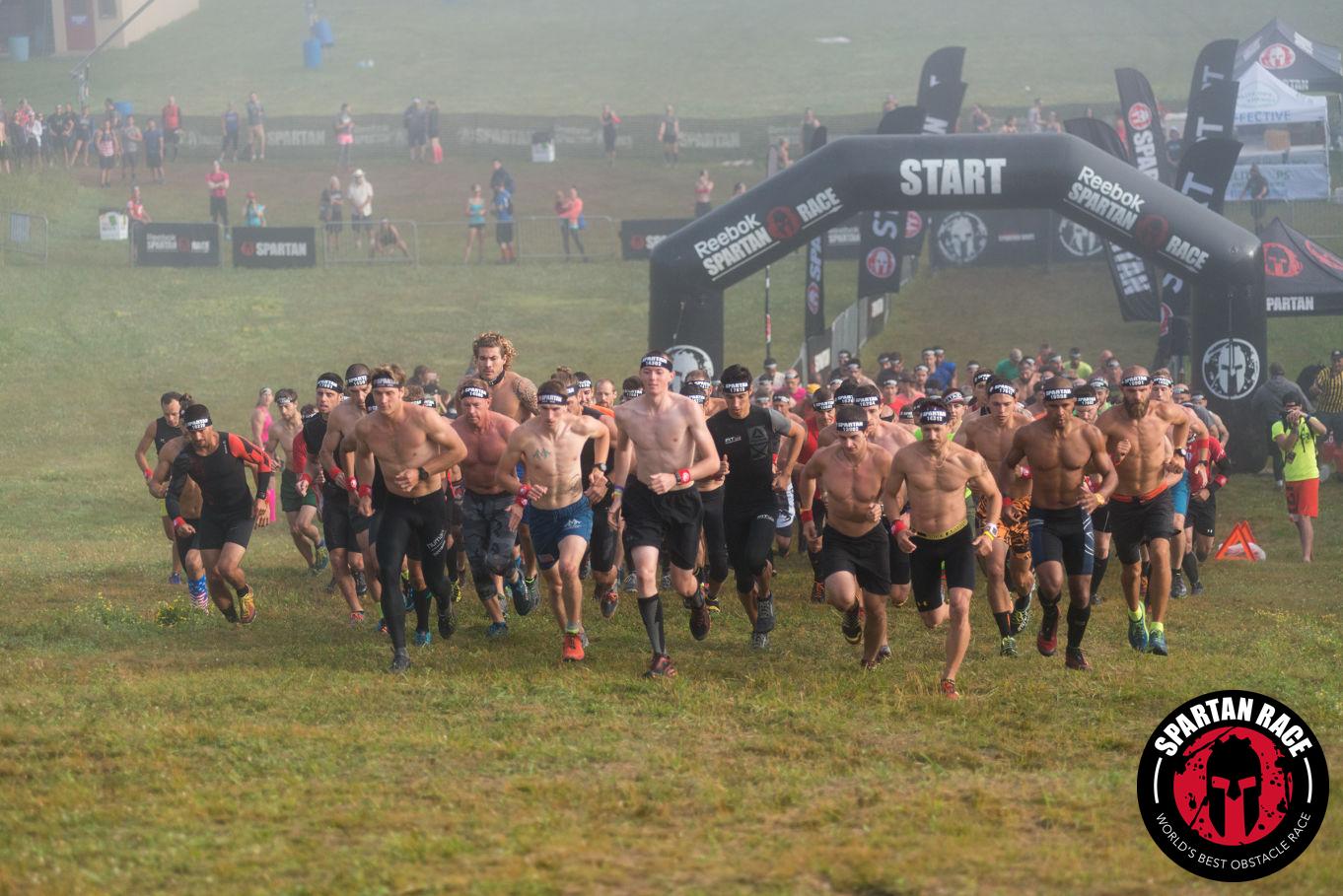 Last year, I ran my first ever Spartan Race at the Blue Mountain Sprint in Palmerton, PA. Whenever…