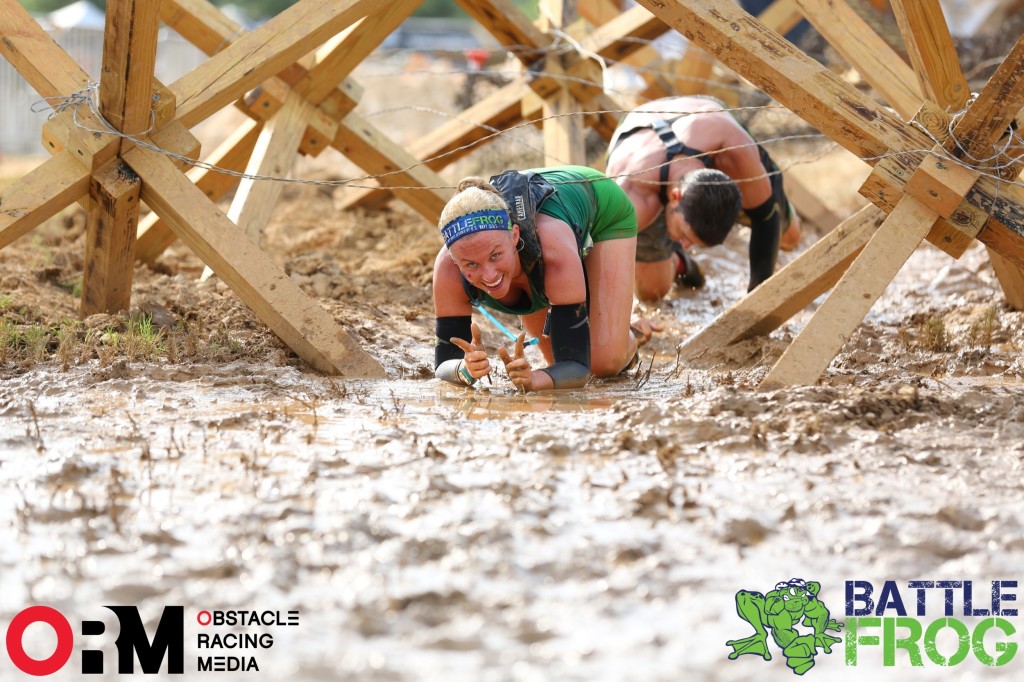 We reviewed BattleFrog’s first race in Georgia at the end of May. We asked Allison Dacus to tell her about her experience at their next race which took place just a few weeks later in Winnsboro, South Carolina.  She volunteered all day and then ran the 15k  race in the afternoon.

Volunteers are one of the backbones of race events. Without their time, dedication, and willingness to serve fellow racers—events such as BattleFrog wouldn’t be able to take place. On June 21, 2014 (the first day of summer and the HOTTEST day of the year) I had the privilege of seeing a different side of the obstacle course race world—I became a volunteer! 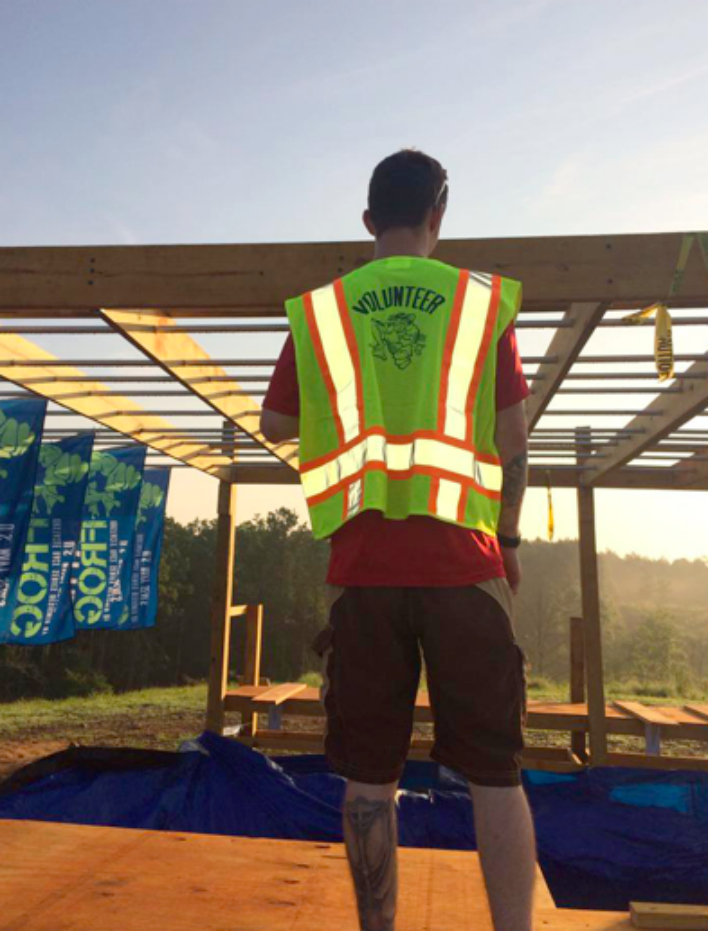 Being a volunteer allows you to see various sides of the event. You get to experience seeing your fellow peers crush their goals, you get to run at the end of the day in the volunteer waive—or choose a future event to run, you get to see the effort that goes in to building the event, you also see the tear down of the event, but most importantly you get to meet the epic people who dedicate their lives to Battle Frog!

The temperatures that day reached well in to the 90’s, which can put any one on their ass—throw in nine miles and 25+ obstacles and you’ve got the perfect recipe for dehydrated zombies! Needless to say water was key for the day! Water stations were spread out ALL over the course covering almost every mile, two miles at the most. I know this because I was a water barista at two different stations. Races I have done in the past tend to take water stations for granted and assume that you are conditioned enough to go four miles in between a drop of liquid…yeah right! At Battle Frog, they like to make sure their racers are taken care of!

The event arena was set up with everything you could ask for and MORE! As soon as you entered registration you walked directly through the merchandise tent to get into the main area. Smart move Battle Frog…smart move! I just HAD to purchase a Battle Frog headband because I felt like it was my right of passage to the other side! 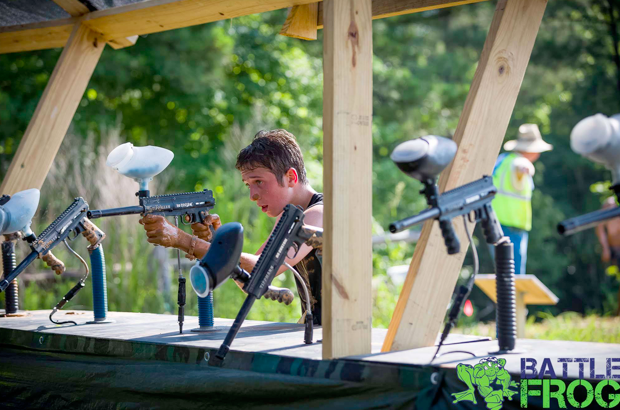 The music is always my favorite part! If you get me dancing and jumping around then you can pretty much guarantee I’ll run a good race! I suppose that’s why I had such a great time at Battle Frog. The event area was packed out with vendors that were actively involved with participants walking around their tents. The Seals helicopter was zooming overhead as large guns were being blasted throughout the day (I say large guns because I am a chick and I have no clue what type of guns they use…so large guns it is!). Kids were playing on large inflatable bouncy castles as parents got to meet with fellow racers. The aroma of good southern cooking was in the air with a tent full of tables packed out with hungry racers fresh off the course near by. You know you are at a great event when all you see are smiling faces atop of bodies that have obviously been through a battle zone. 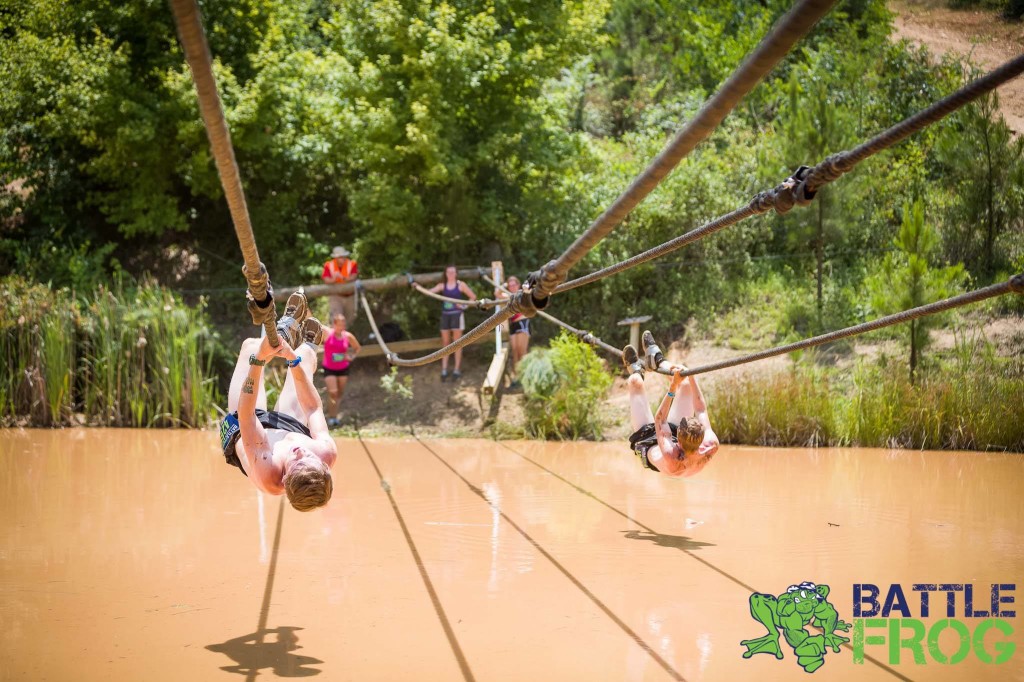 Now for the race itself…EPIC! I have participated in several obstacle course races this year and Battle Frog is the first to exceed my expectations as an OCR newbie. I have done several half marathons and I would like to think 13.1 miles has become easy for me. However, nine miles of trail—dirt—hills—rocks—stream—mud—and 25+ obstacles made by Navy Seals is a whole different story!

The venue and terrain was definitely used to its advantage. The first mile was just a taste of what the other eight would hold…straight torture! Ok, it wasn’t really torture. Yes, it was challenging and not for the faint at heart, but I am guessing if you showed up in the first place—you wanted a challenge! 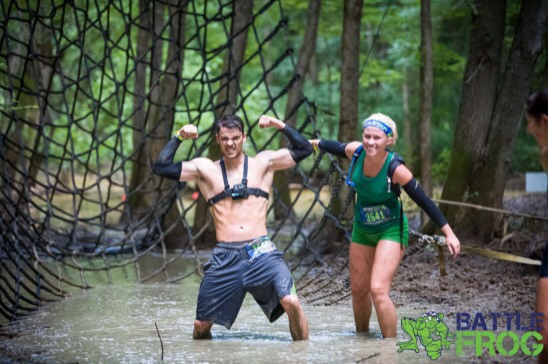 Hills that felt like mountains were around every corner. This made the obstacles feel like a breeze, which would have normally been strategically placed torture devices in my mind. Here is a taste of what some of the obstacles included paintball, log carry, rope climb, monkey bars, 45 degree wall, a Tyrollean rope traverse , and a cargo climb in the middle of the woods!

Bling makes the torture you just put yourself through all worth it! The Battle Frog race bling was just as amazing as the experience. My neck almost broke when the finish line girl put the medal around me! They say diamonds are a girl’s best friend; no sir…bling is a girl’s best friend! 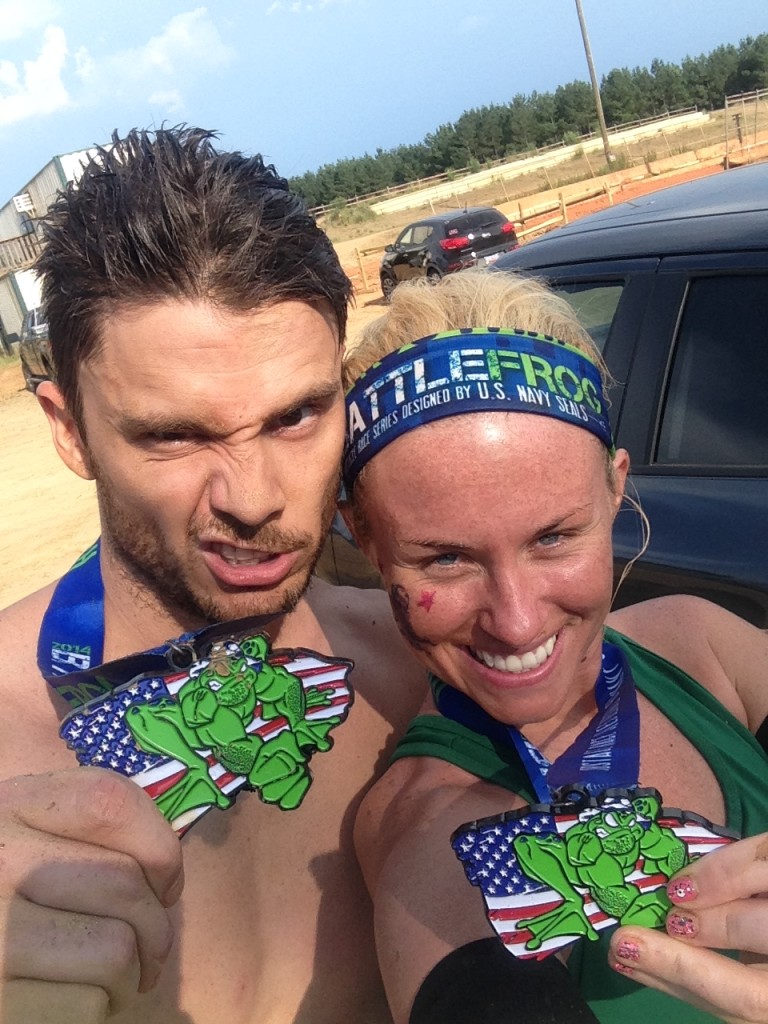 If you want an event that entertains the family, excites your inner badass, respects your well being, makes you smile in the face of pain, has amazing volunteers, and ultimately challenges you in ways you didn’t think you could ever overcome…then Battle Frog Obstacle Race Series is for you! End of Story.

It was a dark and stormy night, with a sandstorm like no other. Oh, wait. Sorry, that was… 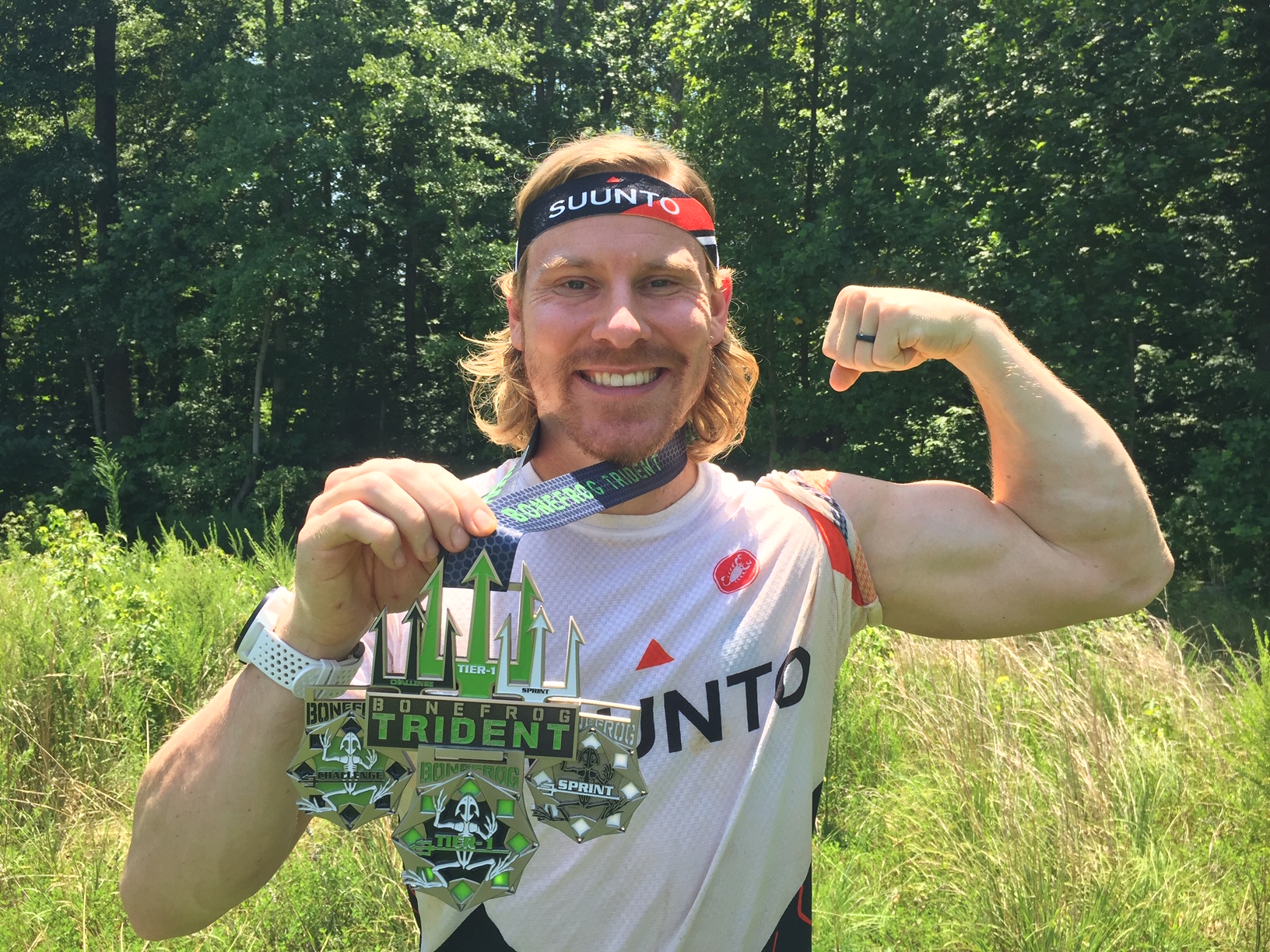 The Location This past weekend I participated in the Trident category of the Washington DC Bonefrog, Challenge,…