The SUCK-Southeast Overnight Regional Qualifier, held 12 July, 2013 in Marietta, Georgia is one part clever name and 237 parts real deal. Two hundred thirty seven is the number that followed us all over Kennesaw Mountain for over 12 hours, starting at 8:00 p.m. Friday night. The SUCK finds its origin in the military and as such, honors those who have served in the real “Suck” in battle. It’s defined as “any situation where conditions are undesirable, a testament to the dedication of those who endure it.” In honor of the Marine Corps Birthday, we proceeded to complete 237 reps of countless different exercises, typically involving a 50# sand bag, throughout the night. 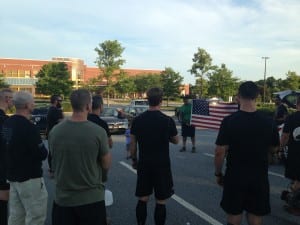 Recruiting friends to join me in this endeavor was nearly impossible. I only approached those who were not only fit, but who also seemed to want to challenge themselves outside a specific format prescribed by their daily white board or app. Most people turned a deaf ear, some humored me by clicking on the link that I forwarded their way–most made excuses–rather than just saying, “I don’t want to.” But a few trusted me and took the bait. Why should they trust me? Well, frankly, there is no reason. I have never done an obstacle race or challenge of this kind, other than military training, and up until this year I was primarily a triathlete. Even though the packing list was nuts and is what I believe is the first obstacle to overcome, I just had a feeling that this was going to be a worthwhile experience.

As the participant list grew slowly, and right up to the week of the event, fourteen of us began to acquire the required items to include: an 8# sledge hammer, 60 liter ruck sack, 2 x 50# sand bags (or 30# for “the gals”), an old car tire, 2 x 5 gallon buckets, work gloves, food and water for 12+ hours and other random gear you might need to survive the night. The night before the event I loaded one sandbag into the ruck sack, strapped one across the top, inserted the sledge hammer and frozen 100ml Camel Bak bladder and couldn’t pick it up off the ground. But I continued to blindly draw from the quote, “Because your own strength is unequal to the task, do not assume that it is beyond the powers of man; but if anything is within the powers and province of man, believe that it is within your own compass also.” Marcus Aurelius. That provided a calm reassurance that I would figure it out, even it was only as we stepped off for the event.

Fast forward to Friday night in the parking lot of Marietta High School. After a quick gear check and welcome from Joe Decker, www.GutCheckFitness.com, we got our rucks up and on, and our spectacle proceeded down the side of the road toward “the suck”, 5 gallon buckets banging from our sides and old car tires mounted in various ways–some good, and some less than optimal. From that point on we could only speculate on what was in our near future but soon learned to take it one task at a time, one rep, one step. In order to make it through the night and not totally hate life, you better have some work-horse strength, endurance, and a bit of a sense of humor–and packing skills are being reassessed by most who participated.

When preparing for the SUCK, you will find very little “intel” available on the website and registration page. There is the packing list, date, time and general location and a vague description that lets you know you’ll be performing, “many hours of extreme team and individual challenges consisting of miles of trail running, carrying heavy objects, military calisthenics plus strongman training…followed by a 90 minute Gut Check Fitness workout.” Other than that, you can probe Joe Decker for some details or troll the Suck Official Facebook page to see what took place at previous events. But this is part of the “charm” of the event–and in keeping with that spirit, I won’t tell you all the highlights and ruin the ending. And lets be honest, being prepared to deal with the unknown is part of the challenge.

Joe gave us a piece of advice before we began the event, “There are going to be some crazy tasks we ask you to do–don’t 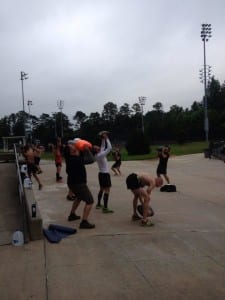 think about it…just do it.” It’s hard for most of us to let go of reason and purpose and embrace the seemingly ridiculous. But the 11 individuals struggling under 140+# of weight to my left and right are not from the same mold as the ones next to you in Starbucks. Many of them are current or former military or first responders. They’ve been there “for real.” So why put ourselves through this “for fun”? Some expressed the desire for personal and physical accomplishment–to see how deep they could dig. I explained it to one of my clients that it was therapeutic for me–to separate myself from all the mundane, tedious tasks of life and strip it down to my essential and immediate needs. There was one common theme–to have a good time.

For me, the SUCK was 15% miserable struggle, 25% tasks to be completed, and 60% most fun I’ve had in such a long time. The unique company of real, driven individuals, the atmosphere and Joe’s Guidance and leadership were the perfect equation. Saturday morning, over 12 hours after we headed west toward Kennesaw Mountain, we retraced our footsteps in wet, sandy boots, clothes and gear, at a much slower pace, not with self-pity on our faces, but determination to finish strong. Two dropped out along the way, and the remaining ten trickled into base camp over a 30 minute time span. Elated to drop-rucks, eat, drink and change clothes…we headed down to the track for one last Gut Check in the form of a descending ladder pyramid for time, in true celebration of our accomplishment. We did more workouts in one night than most people we know will likely do in one month…or perhaps even a year.

The bond that has developed with these participants, event officials and volunteers in the past 48 hours is one of the most unique phenomenon I’ve ever witnessed and that makes the entire journey worthwhile. So, to my fellow competitors, clean up the vaseline, fix your equipment, wash your clothes, recover so you can train hard and I’ll see you August 30th in Cuba, Illinois for the Ultimate Suck! 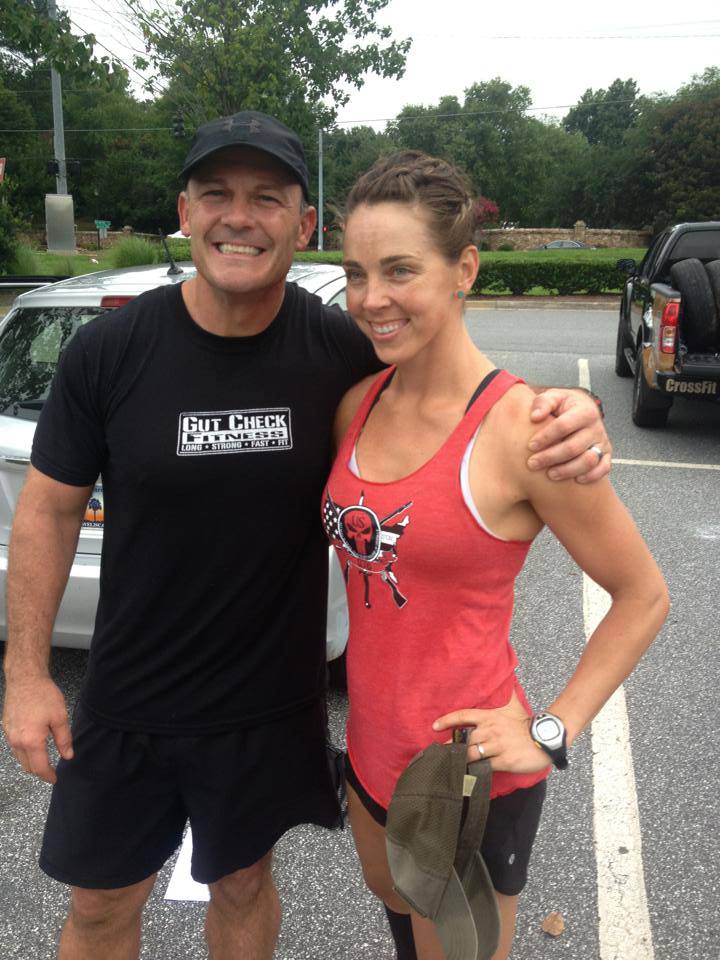 Holly is a personal trainer and coach, living in Greenville S.C.She believes in turning time to her favor since we must move forward in order to accomplish new goals. 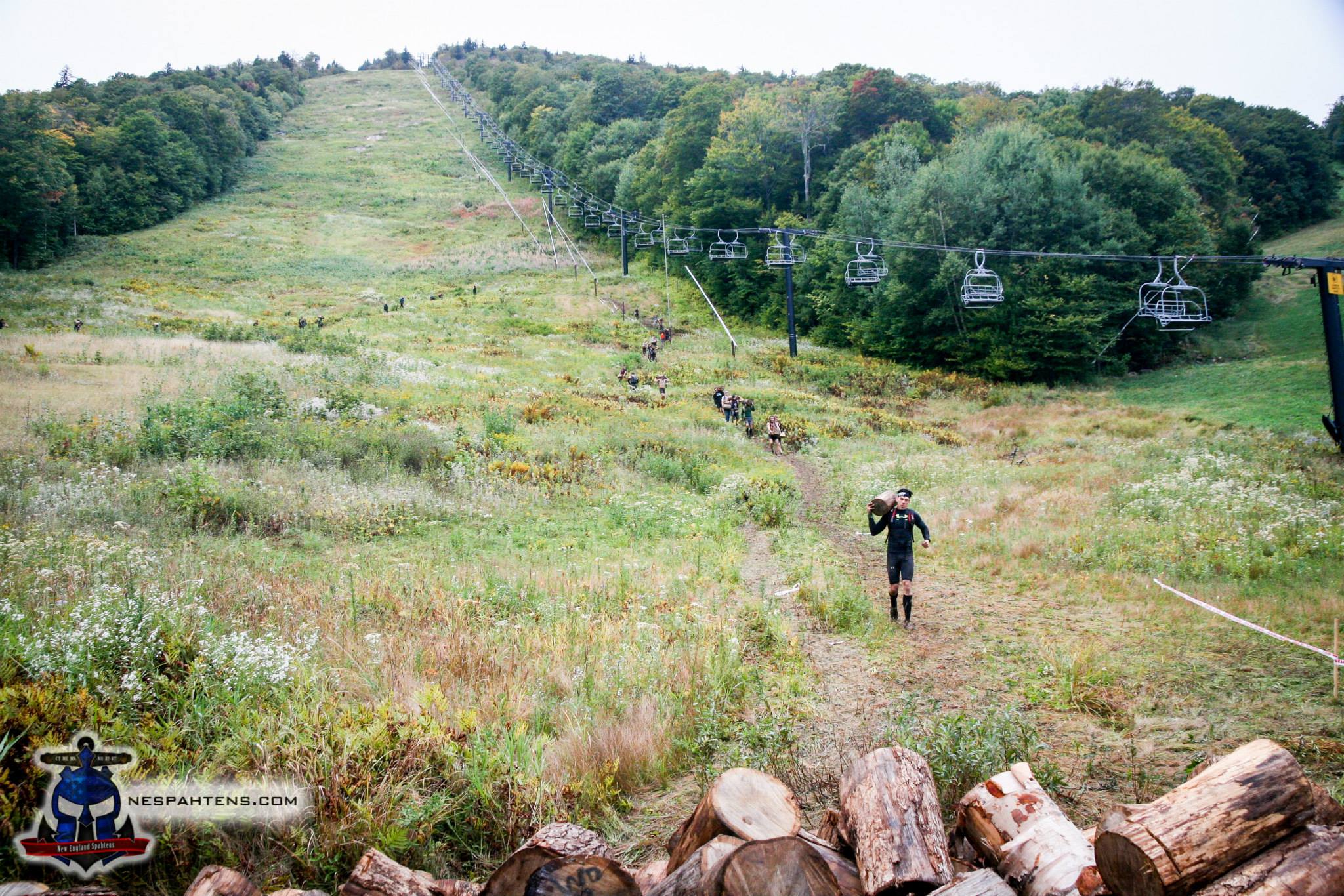 Sitting in this cheap Day’s Inn hot tub, that doesn’t even deserve to be called a hot tub,… 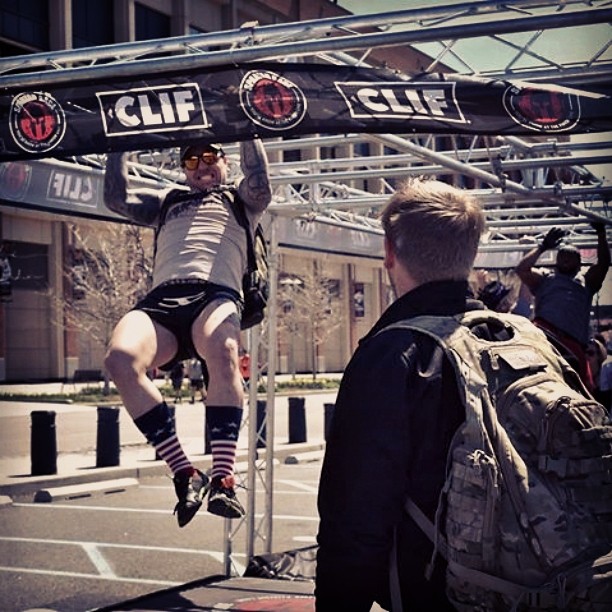 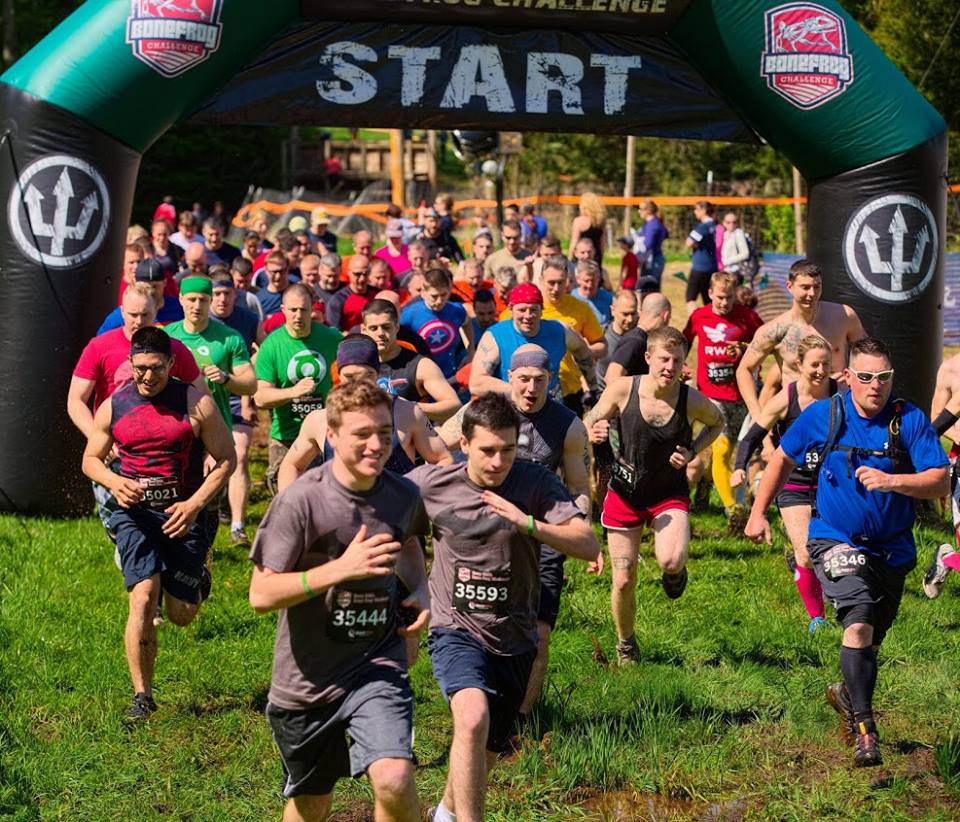