PROLOGUE
6:10 AM, I20 East – Barreling down the road listening to a Police and Led Zeppelin rock block is a fine way to start the race day. Today, Terrain Race Atlanta is on the menu.

6:25 AM, Waffle House, Conyers, GA – Mr. Pink and Dirty meet me at the Grey Berets corporate board room.

7:55 AM, Parking – Instead of going around my ass to get to my elbow, they actually have me entering the parking lot at the end towards the event and stacking back from there. A minor detail but nice nonetheless for us Georgia International Horse Park (GIHP) regulars.

7:15 AM, Registration Tent – I wind my way through the zig zagging metal barriers to reach the registration tables. This is made somewhat difficult as I am pulling the official Grey Berets beer and gear wagon (shhhh, don’t tell anyone about the beer). I get to the tent and she scans the bar code of the Terrain email on my phone. Very cool tech. I hand her my waiver and she rewards me with my packet and timing chip. <pointing to some very cool sweat bands with the monkey logo> “hey what are those?” I say. “They are for mumble mumble mumble”…..I leave not asking anything further and understanding less.

7:17 AM, Grey Berets Command Tent – We have sent up next to the largest team (which is naturally, my fellow GORMRs) tent provided by Terrain. <pointing to some very cool sweat bands with the monkey logo being WORN on the wrists of my teammates>. “Hey what are those for?” I ask. “they’re the bands for mandatory obstacle completion (MOC). Well ain’t that some shit! I hightail it back to the registration tent.

7:18 AM, Registration Tent – I take advantage of an opening and dash to the same volunteer. “Hey I was supposed to get a sweatband, I’m in the competitive wave. You know, you gave me a timing chip.” She looks at me as if I have two lobsters growing out of my head. I gently but firmly prod her into action. She starts punching some keys on the laptop. “what’s your name again?” She’s not finding anything and I left my phone at the tent. Breath deep. At this point I hear a keening like sound coming from someone who is obviously a volunteer coordinator. “I want to cry right now! You are supposed to give timing chips to only those people who are in the competitive waves or who have paid for them. NOT everyone!” Doh!  Shit’s about to hit the fan. My girl (who is probably part of the problem) finds my name just in time and I get the hell out of dodge with my band.

7:59 AM, Starting Corral–The starting corral was dominated by two soft sided, steel frame supported, above ground pools, pregnant with thousands of gallons of water. These fourteen-yard dumpster sized sacs of H2O are 25’ feet before the starting line inflatable. What manner of fuckery is this? 8:00 AM, Starting Corral– Competitive men’s 5k is called to the starting corral. We are a bit confused as it seems the 5k competitive waves are scheduled to go off at the same time as those of us in the competitive 10k ones. What the hell are they doing, everyone is climbing into the pools?! Is this some sort of new starting ritual; an OCR baptismal? The emcee keeps the words blissfully short and yells “go!” Everyone clambers out of the pools in a pell-mell rush of legs and feet and water. Well that is the most awkward, messed up way to start a race I’ve seen to date. BUT, considering it’s going to be hotter than two rats fucking in a wool sack today, and it already feels like I’m on a bus tour in Malaysia, perhaps it’s not such a bad thing. (writer’s note: This race originated in Arizona, so this starting line gimmick just may be a way to keep racers from melting in the desert heat)

8:10 AM, Starting Corral– I climb into the pool, and for the first time in the 2016 race season, Chubby Conquistador and his two bulldogs aren’t inclined to go scrambling for the safety and warmth of my body cavity. It’s quite refreshing standing there, but it is a bit awkward. The spectators are lined up along the crowd barriers and I kind of feel like it’s SeaWorld and we’re the seals. I can see the timing mats at the start inflatable, and with Yuri Force in the very back of the adjacent pool, I am confident I will be ahead of him in a race for the first time in recorded history. Well, at least until the timing mats.

OBSERVATIONS ON THE RUN

POSTSCRIPT
9:30 AM, Festival Area – The Grey Berets Start to come across the finish line and we hang out to cheer as each additional one shows up.

10:15 AM, Festival Area – The beer and gear wagon is assaulted and the first beer is cracked. Don’t judge me. It’s Noon somewhere.

11:35 AM, Festival Area – The heat finally gets to me. So, the race shorts go back on and it’s shenanigans at the Monkey Balls. Again it takes me 3 tries. Glad I didn’t keep my street clothes on.

11:45 AM, Festival Area – The biggest team swag from Terrain is truly impressive: aluminum water bottles in Terrain orange with the monkey logo, Terrain coozies, Terrain squeeze water bottles, and Terrain stickers. However, the Aluminum bottles came with the screw-on tops loose (while the bottle itself was sealed in plastic) in the box and the squeeze bottles came with no tops. A true OCR mystery there.

12:15 PM, Festival Area – I can’t take it! I’m out of water, and the beer isn’t cutting it. I MUST have a Coke. Luckily my free beer tab also works for sodas and water at the beer tent. Good move Terrain. The fizzy burn is sooo good.

The rest of the day is spent enjoying the company of my fellow Grey Berets, chatting with fellow GORMRS, cheering on the podium winners, being lightly seared to a medium rare perfection, and general all around foolishness. The walk back to the car is never easy after a day of racing but this time I took a different route and it was fine.

Writer’s note: Terrain race only recognizes top three in men’s/women’s 5k and 10k. With that, they have MOC for the competitive waves BUT within the results they do not parse out those who keep their bands and those who don’t.  Therefore, there is no real way to truly know one’s final results. Caveat Emptor if that kind of thing matters. My personal opinion is if they are bothering with MOC then they need to take it to its obvious extent and make that a data point in the results. 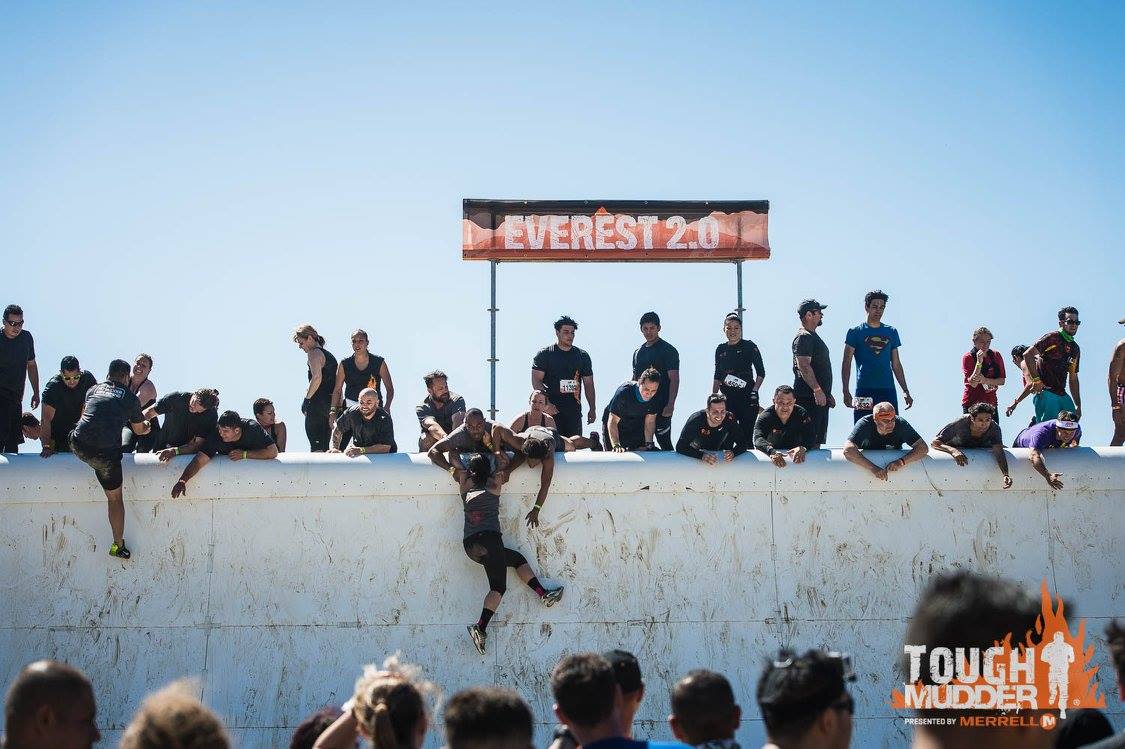 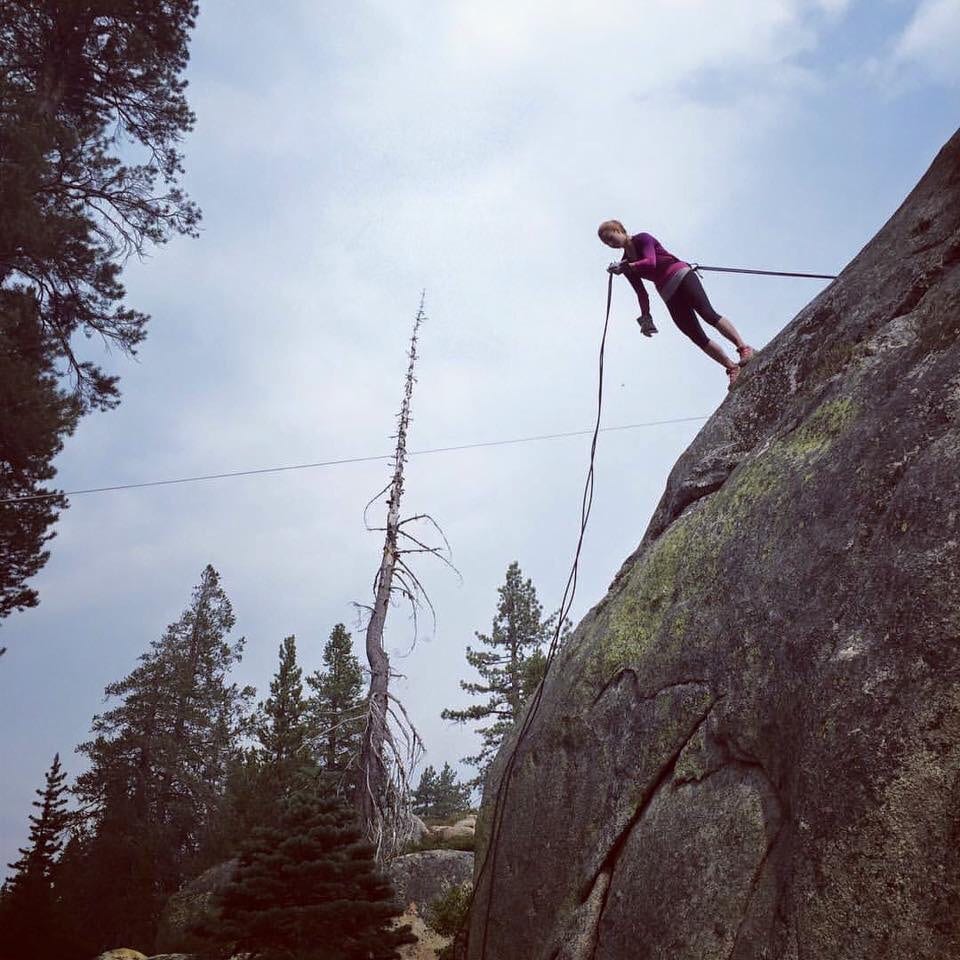 Have you ever wondered to yourself:  “Man, it would be a blast to run through the forests, hitting…

The Bonefrog Challenge is a new race company. It is designed and ran by the Navy Seals. They…