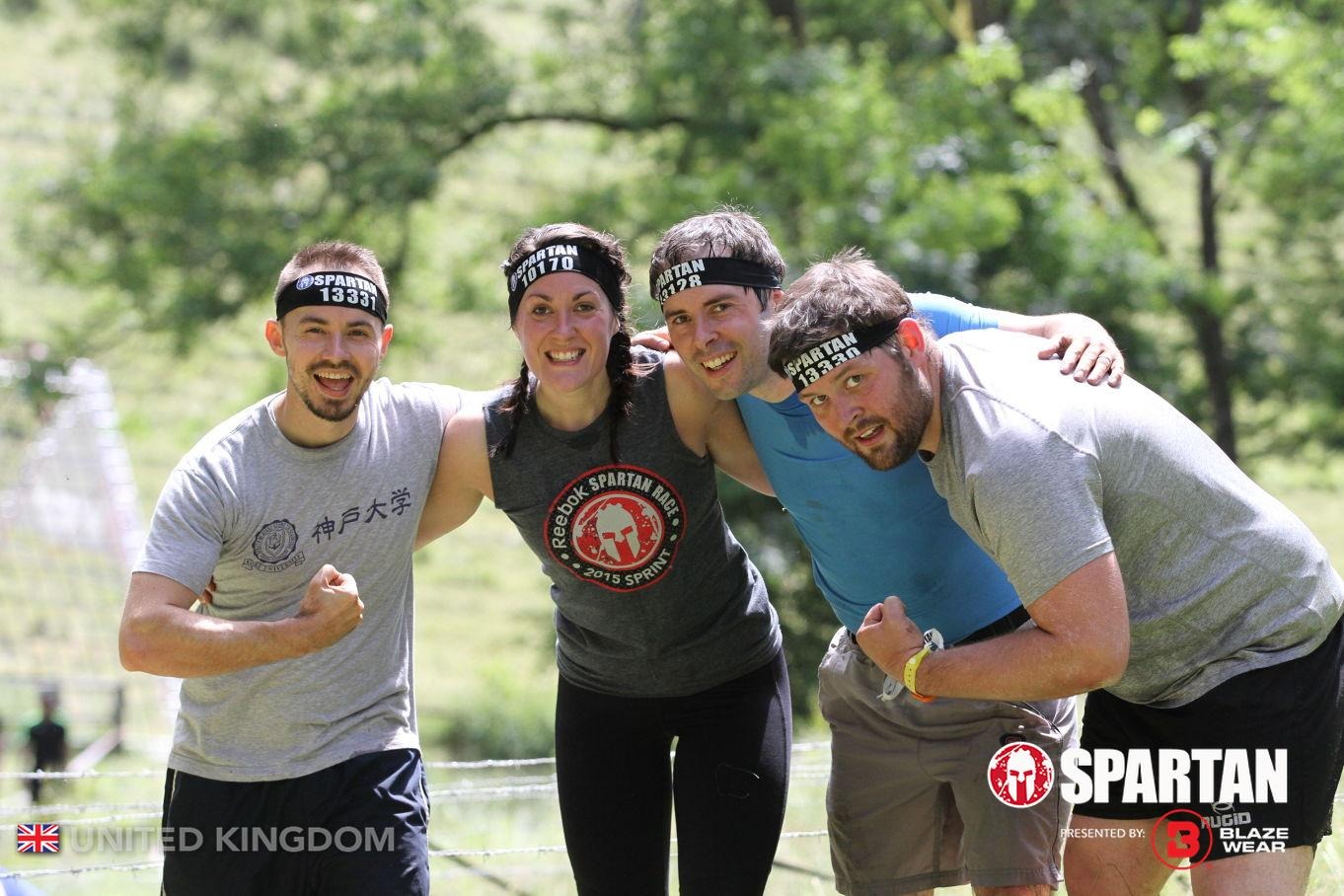 The 2018 South West Super was the first race of the season (for me). When was the first chance for me to back out? A long time ago. If I could say I was not prepared for this race, that would be an understatement. Two weeks previous to this race I was bungee jumping off the Auckland Harbour Bridge, hardly Spartan Race preparation. In any case, it’s been quite some time since I did any sort of race, and I felt it on this Super. At least this time, I wasn’t on my own. Joined by two of my three brothers and our friend, we stuck together as a team for over 3 hours in a blistering 23 degrees (Yes. This is hot in Britain).

The first 30 minutes are always tough for me. Many thoughts go through my head including and not limited to “I’m going to die.” or “Why am I doing this?” and more importantly “Can I stop now and still get a medal?”.  Maybe it was something to do with the fact that the first five obstacles were all walls. My arms are puny. 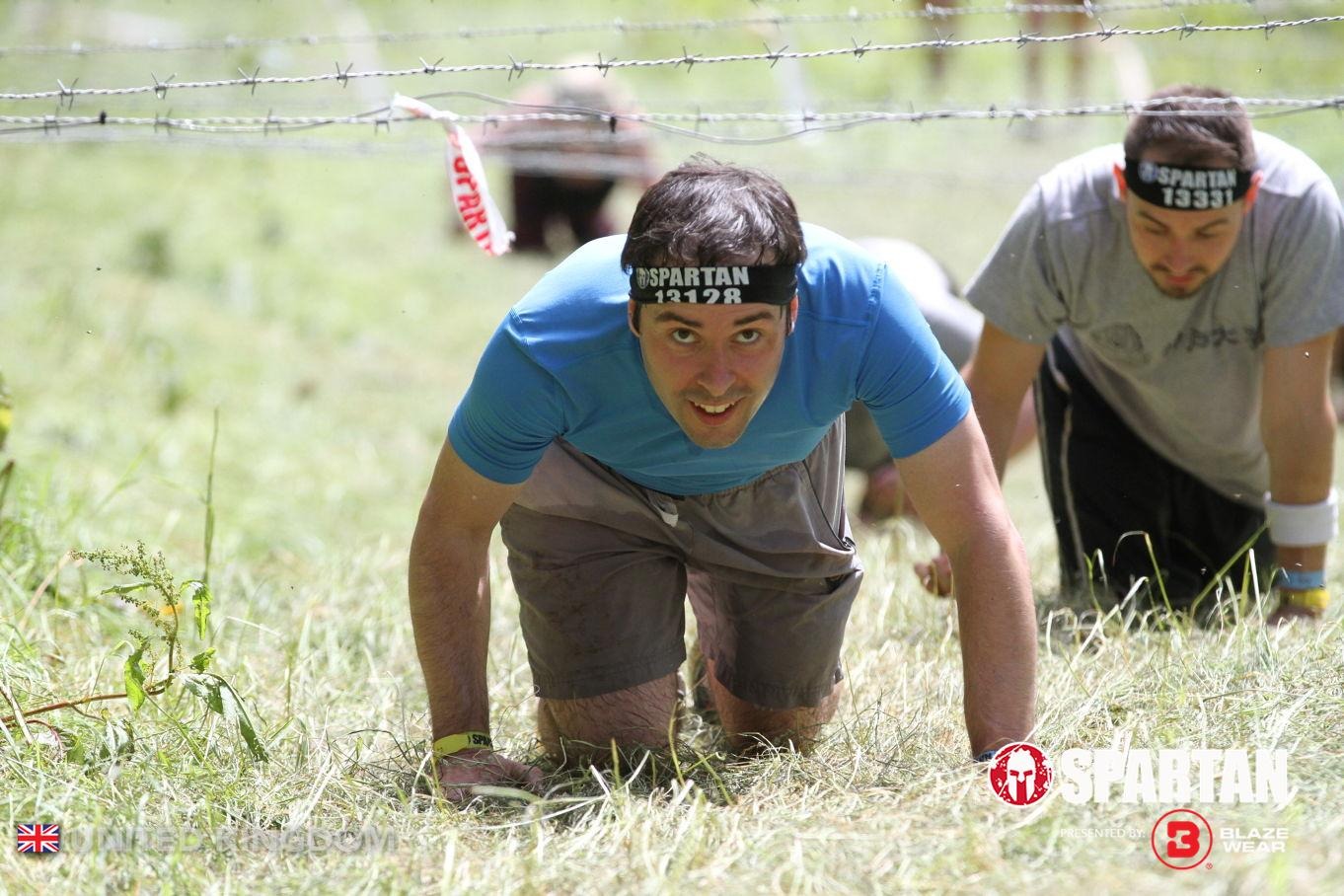 The next couple of obstacles were well varied and consisted of two Barbed Wire Crawls, Twister (why?), the A-Cargo frame and Block Wall. This last obstacle was a personal triumph for me. I have NEVER completed this before and was beyond ecstatic that the Super 2018 was the moment that I defeated it. Dramatic I know. In any case, it was short lived because the other Z Wall I failed epically on. Small victories. 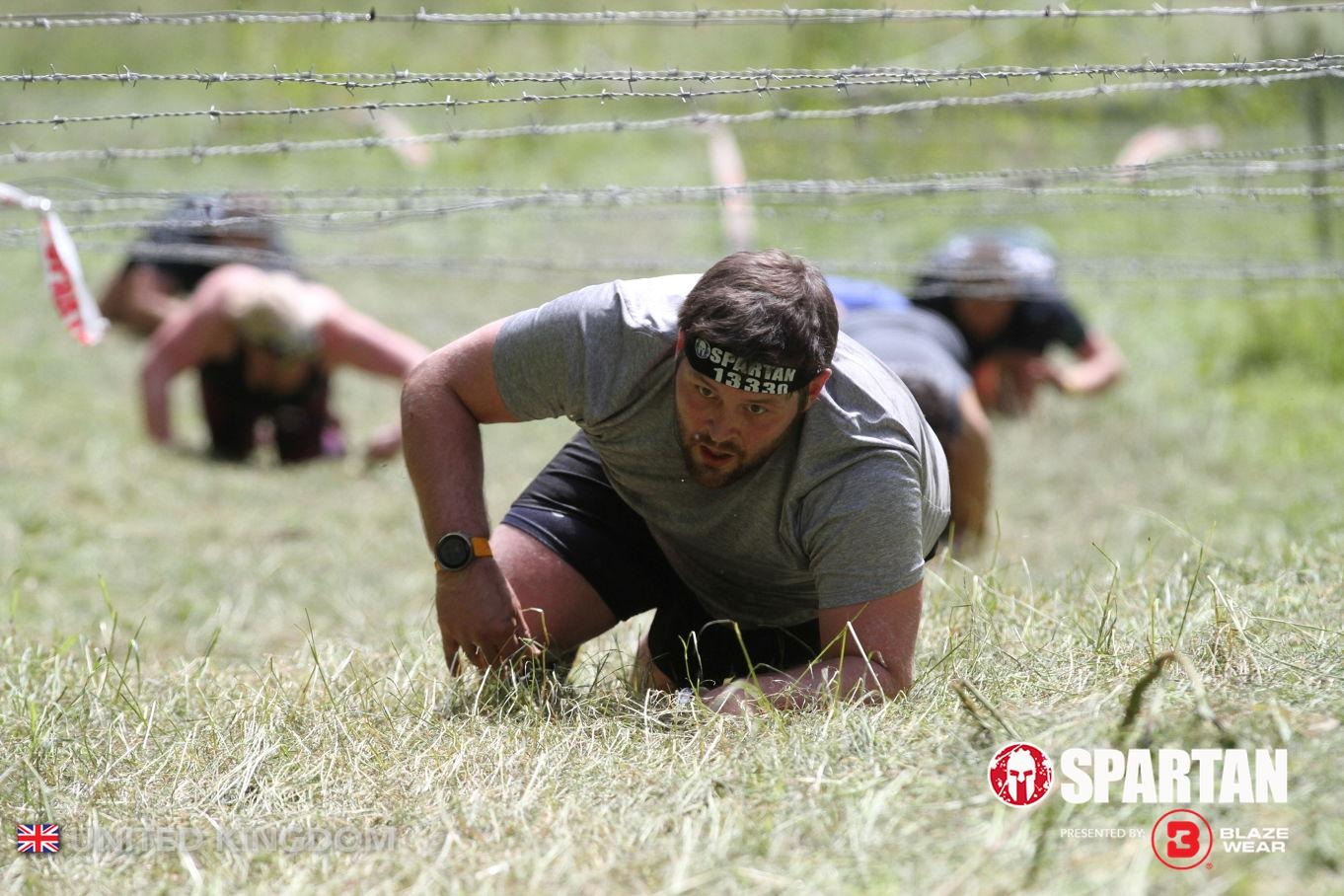 This race gave me a new appreciation for hills, although I’m sure I thought the same last year. My chat with Karl Allsop, Race Director of Spartan UK, had already given me some idea of how the course had been created. I’m not sure I was quite prepared for this though. This year, Aston Down sported a long hill switchback section which unfortunately spelt out a longer word than ‘Aroo’ that was used the year before.  Amongst the moans and groans (some from me) of those first seeing the hill, there were plenty of grunts and shouts of those already taking it on. I know what you’re thinking, come on its just a hill. No. Not just a hill. It was a good 10 – 15 minutes of ascent, descent, hidden holes and twisted ankles. After that, the sandbag carry was a walk in the park. A really big park where there was no discernible need for us to carry sandbags. 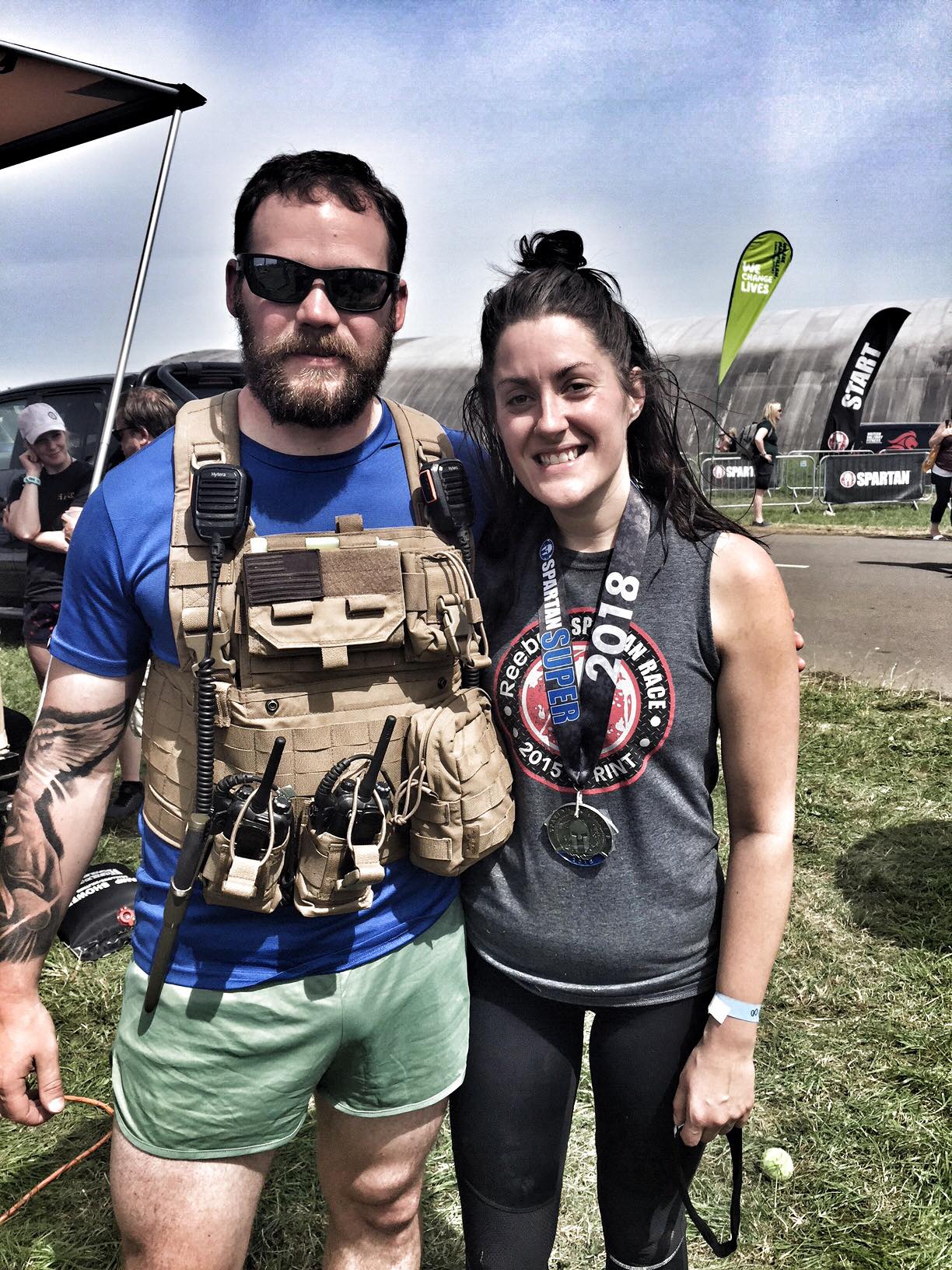 The 6′ wall came next. At this point, we were hot, sweaty and seriously tired. This is where the famous Spartan spirit came in to play. Struggling on the second wall, a group of fellow Spartans lent a hand (a shoulder and a head) to get our entire group over all three walls. It was a brilliant moment of the race and by far my fondest memory. We caught up with these lads in the T-shirt line at the end of the race. It’s such a good feeling to know that there are those who race that just want everyone to cross that finish line. It’s also nice that it feels like a rite of passage to shout other Spartans on and make sure that everyone is OK when they’ve just stopped to catch their breath.

Rolling Mud wasn’t really all that muddy (great) but it was a welcome cool down in the scorching heat. It was also just enough to make the Slip Wall a little more slippery. It was the water station on the other side that saw me almost run up the wall. Cue the foot cramp coming down the other side. 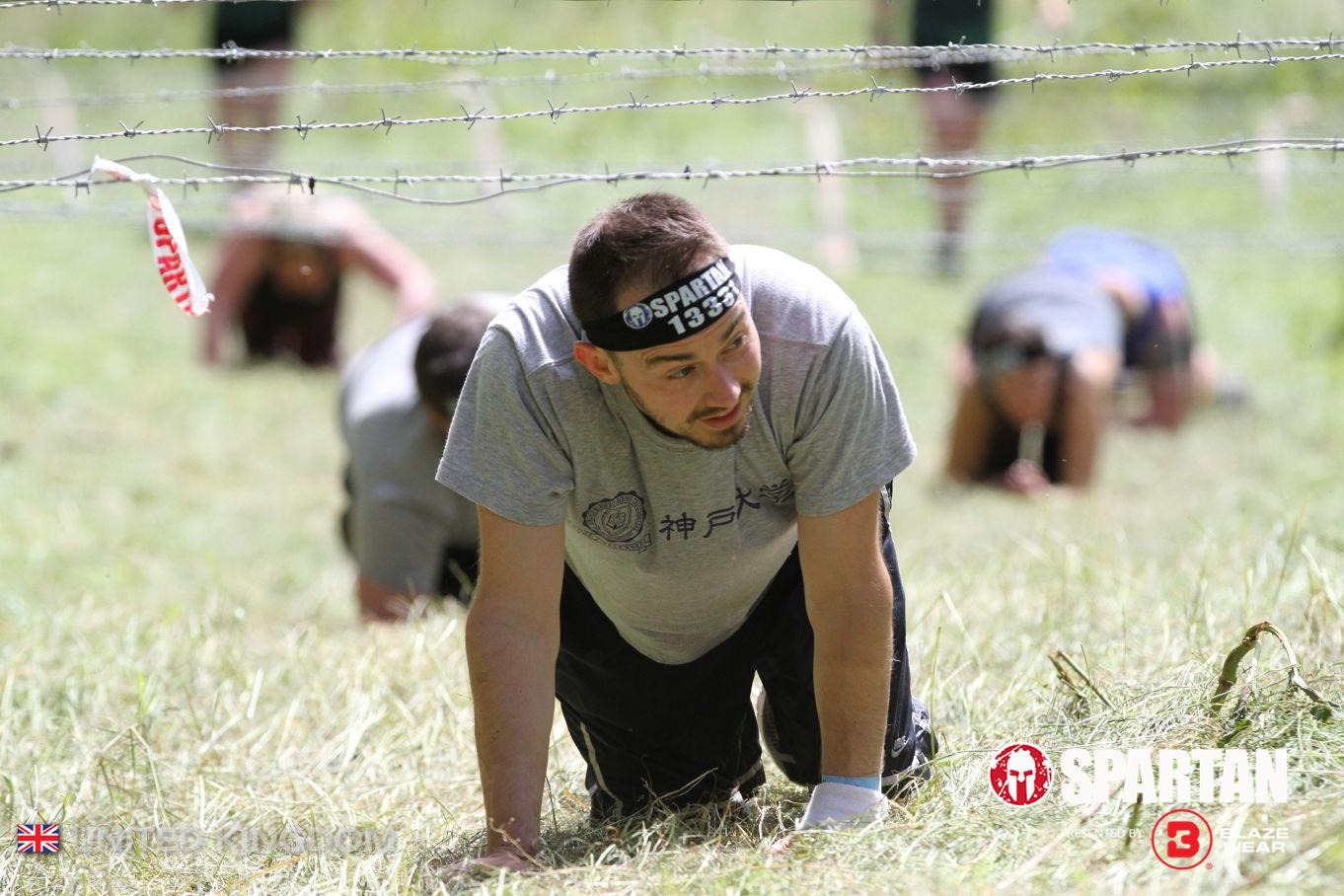 Once we had eaten copious amounts of bananas, drunk and poured water over us, we entered a gentle jog along the unusually flat ground. We all reflected on the race so far and how we were so glad that we had managed with no major injuries and no dropouts. It was such a great feeling to know that our bodies were capable of so much.

As we reared around the corner, I spied the familiar abandoned building nestled in amongst some trees and bushes. Bucket Brigade. Those running with me could tell my distress, we could see the last few obstacles to our right but first, we had to endure. Last year, we filled our own buckets with pebbles. This year, Spartan Race graciously filled our buckets for us and tightly secured the lid. I was grateful/ungrateful for this. Whilst re-arranging the position of the bucket last year, some pebbles may have fallen out on the way. Oh, how unfortunate. Along with the suspicious piles of pebbles that were found as we heaved the buckets around the course, I think Spartan Race cottoned on. This year, no such luck. I held it in front, to the side and finally settled on the ‘half on the back half on the shoulder’ method. The heat at this point was almost unbearable and I felt for the men and women who had chosen the heavier buckets. Several people along the route were either stopped or stopping with their buckets falling to the floor. It was tough. But we all knew that it would be this, a small jog, four or five more obstacles and we would have the sweet victory of the Spartan medal. 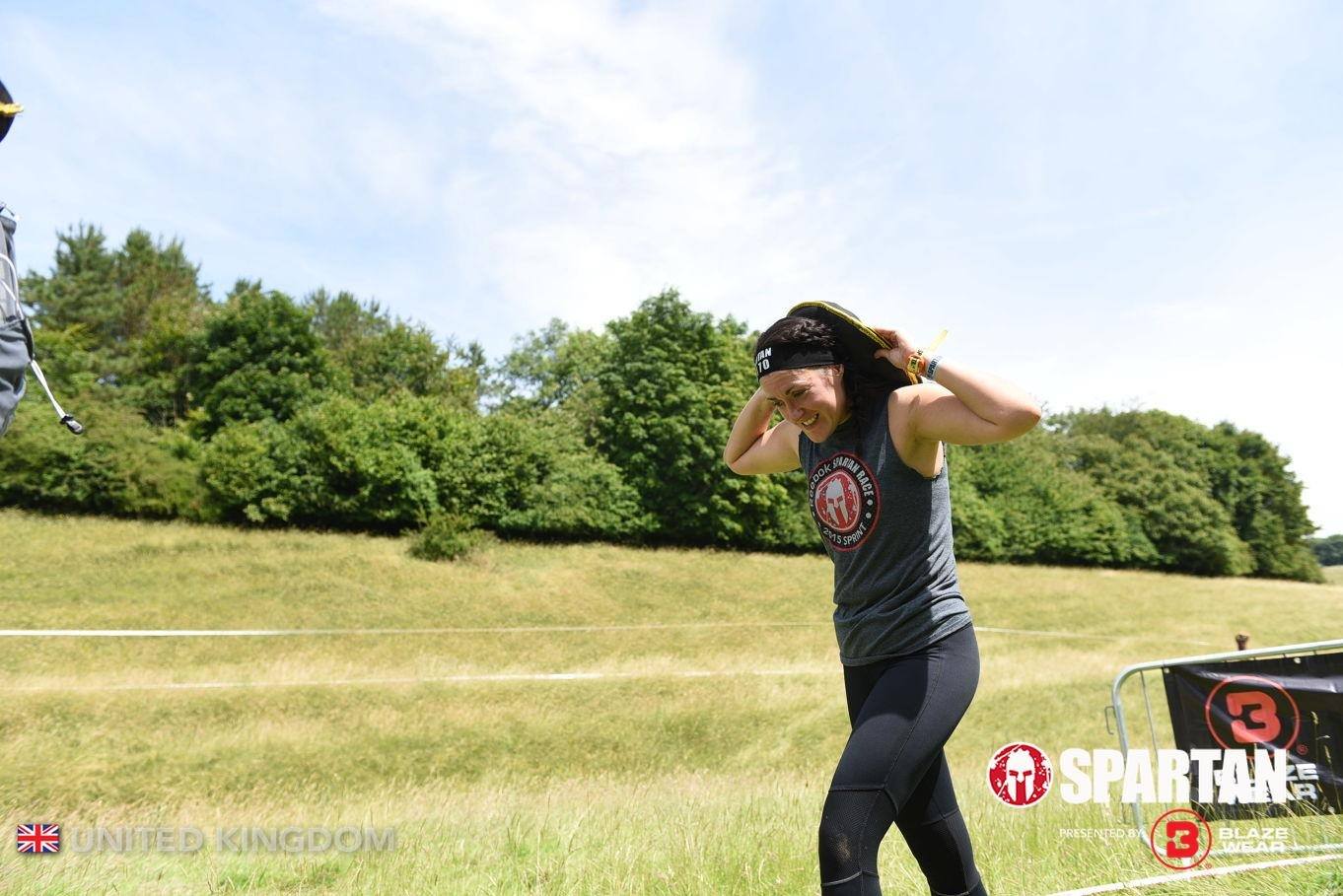 We endured it well and all welcomed the short (light) jog to the next set of obstacles. The atmosphere approaching the finish line was electric. It makes such a big difference when you can hear the music blaring and the cheering of the spectators when you are trying to pull the last few particles of energy together. It’s also comforting to note that everyone else looks just as dead as you. 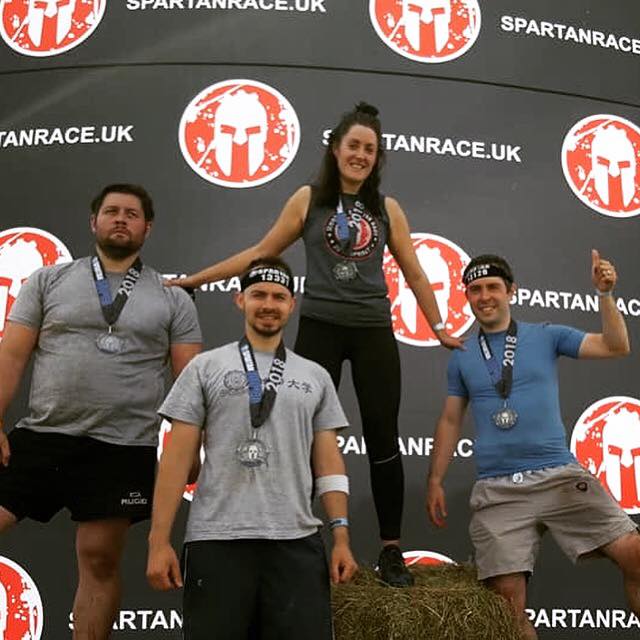 Herc Hoist is usually trouble free, but at this point in the race, it was horrendous. It felt like all the muscles in my legs were cramping. I’m glad there were no photographers here. I then hobbled over to the Spearman throw; failed as usual and attempted some burpees. Next up was Monkey Bars to which my calves decided enough was enough. I know, who uses their legs for monkey bars? Me apparently.

These last obstacles were sort of a blur mainly because we could see the finish line and desperately wanted the end to come. I didn’t care if I threw myself or was thrown over the 8′ Walls that separated us from the glorious finish line. The lads heroically completed them without help whilst I called upon some more shoulders and heads. I’m just too short. And that was it. Our Fire Jump picture was possibly the best one I’ve had yet and it perfectly embodied the joy we felt after finishing the race.

On our way to our Brazilian BBQ, post-race treat, we discussed the day at length. We laughed and groaned at the best and hardest parts then quite deservedly stuffed our faces.

The course was well balanced but we did agree that the significant amount of hills was almost demoralizing. This didn’t, however, take away from the fact that once completed, there was a greater sense of achievement. 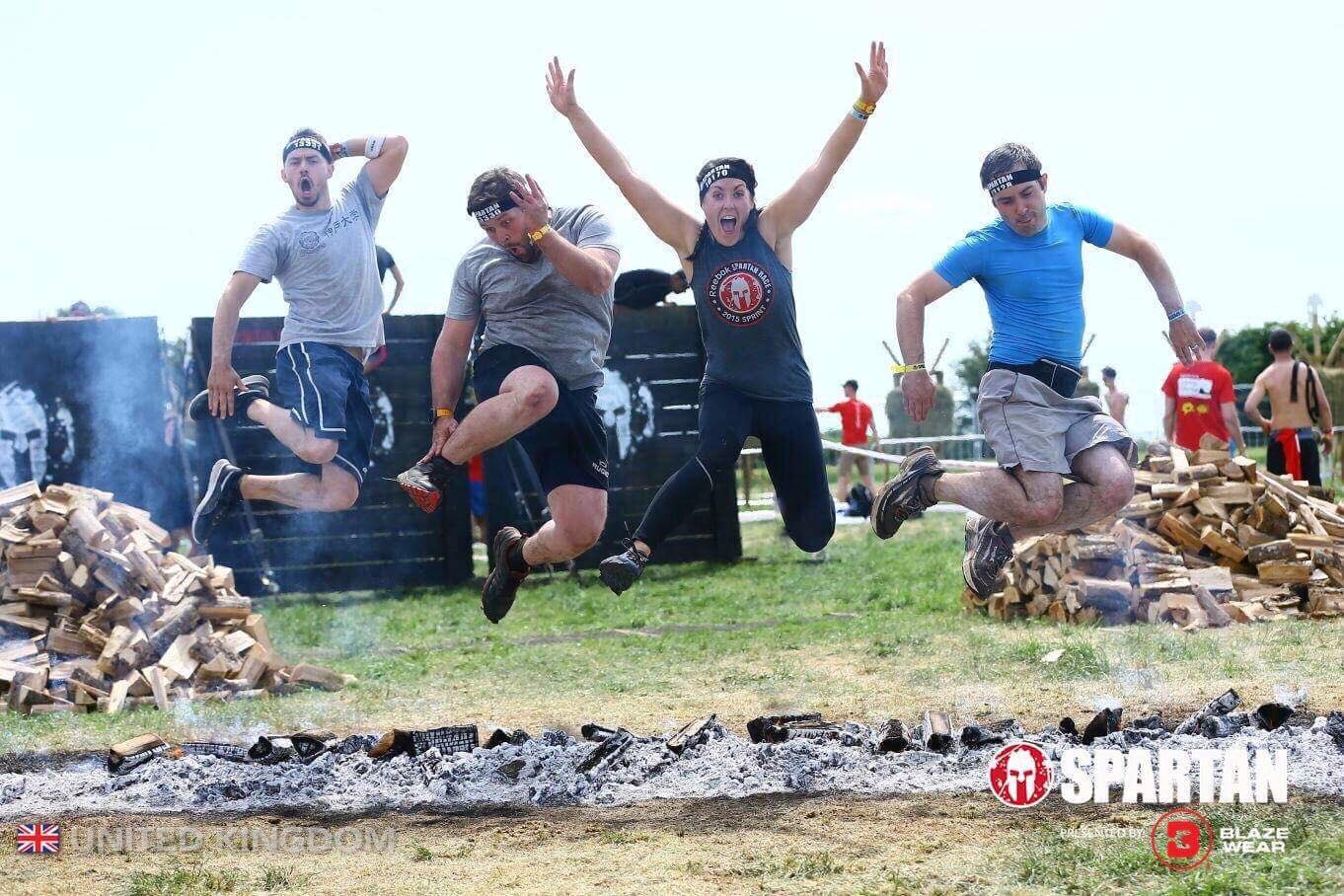 A few more water stops on such a hot day would have also been beneficial. But the layout was definitely challenging enough but not impossible to complete. We all came away knowing exactly what our weak points were. The volunteers were there to offer support and encouragement (and sometimes an inaccurate portrayal of how long we had left). 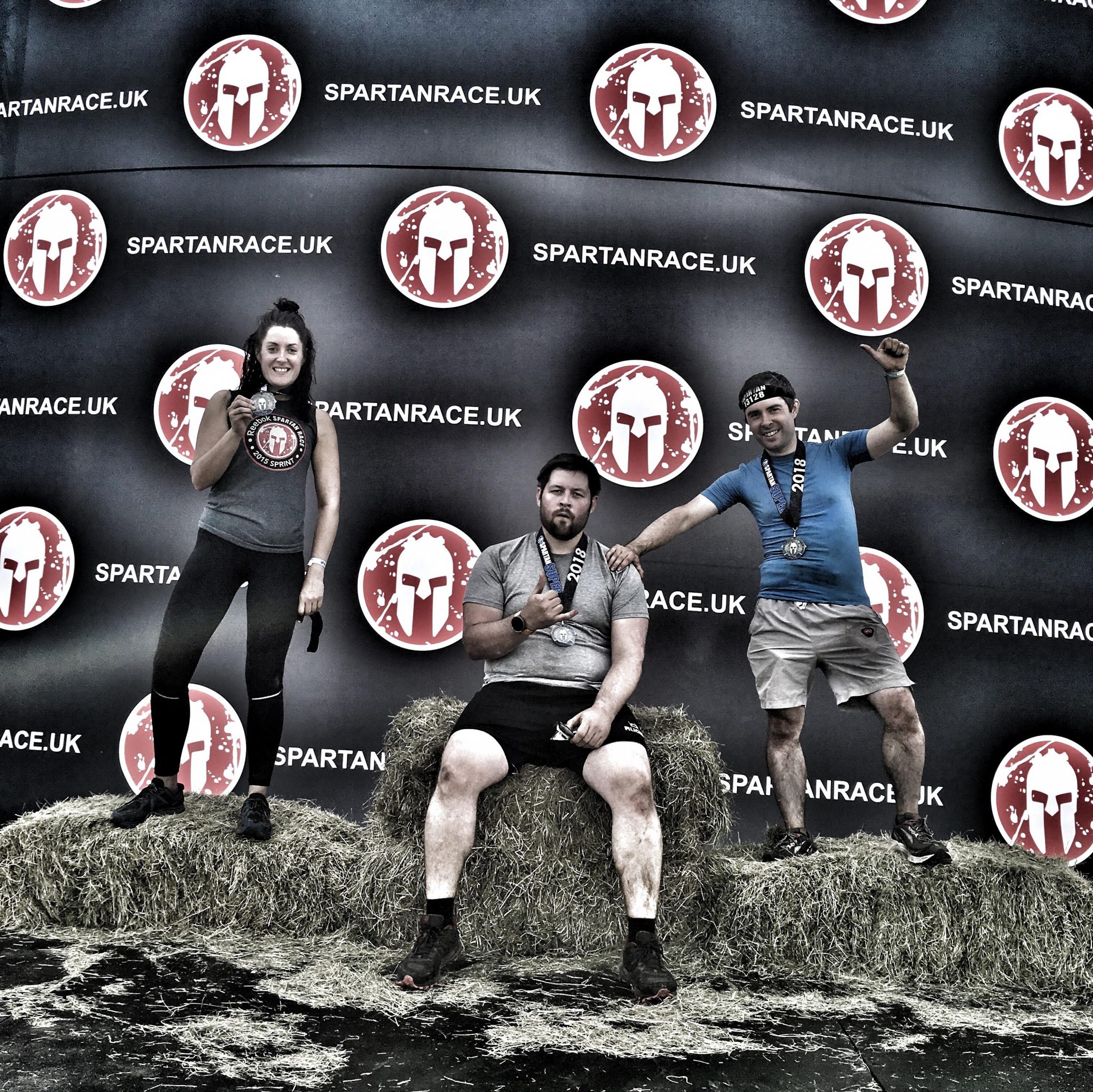 Overall, the race was a great day. The atmosphere was amazing and you really felt like you were taking part in something epic and that everyone else thought you were epic too for simply being there. The pre-race warm-up always makes me feel a little silly, but it was nice that everyone else was willing to make a bit of a fool out of themselves. Please, just don’t ask us to do more burpees.

A big thanks to Karl and the team for putting on such an eventful day at Aston Down and shout out to the incredible volunteers at the end who let four thirsty finishers raid their water bottle stash.

Aston,  we will be back.

All images are credited to Epic Action Imagery, Alec Lom, and Paul Pratt. 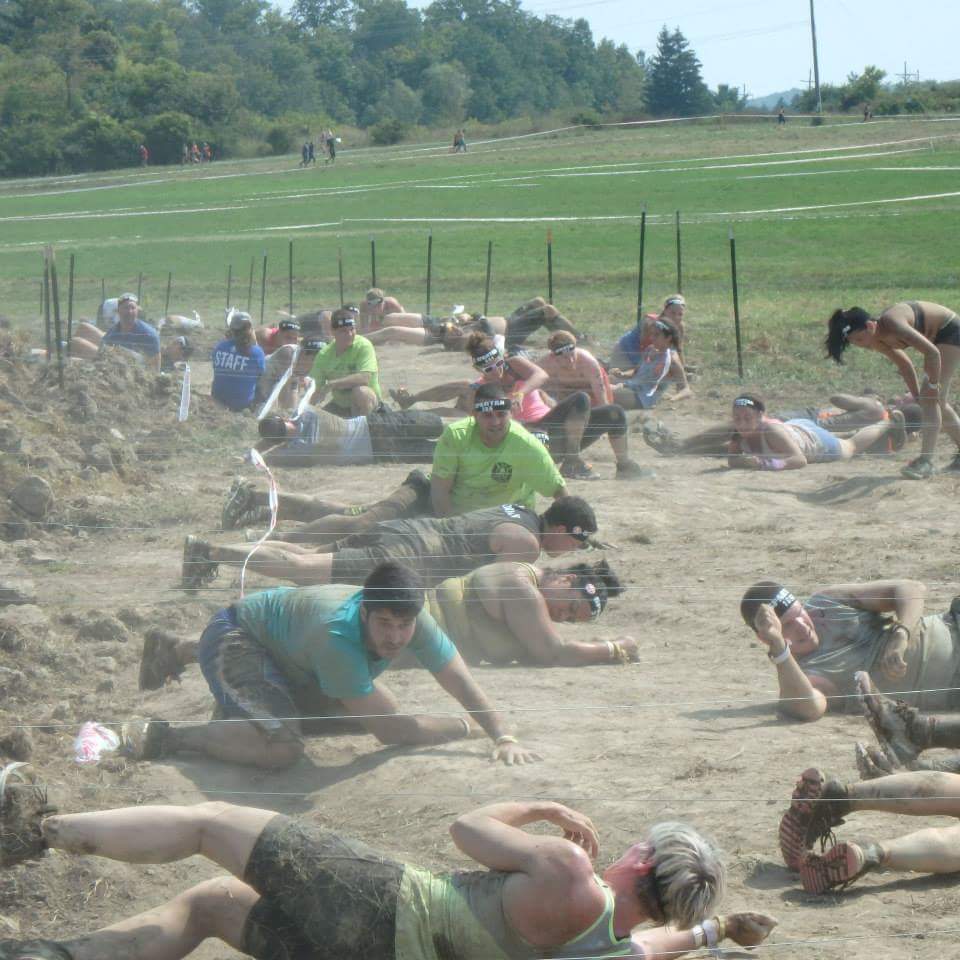 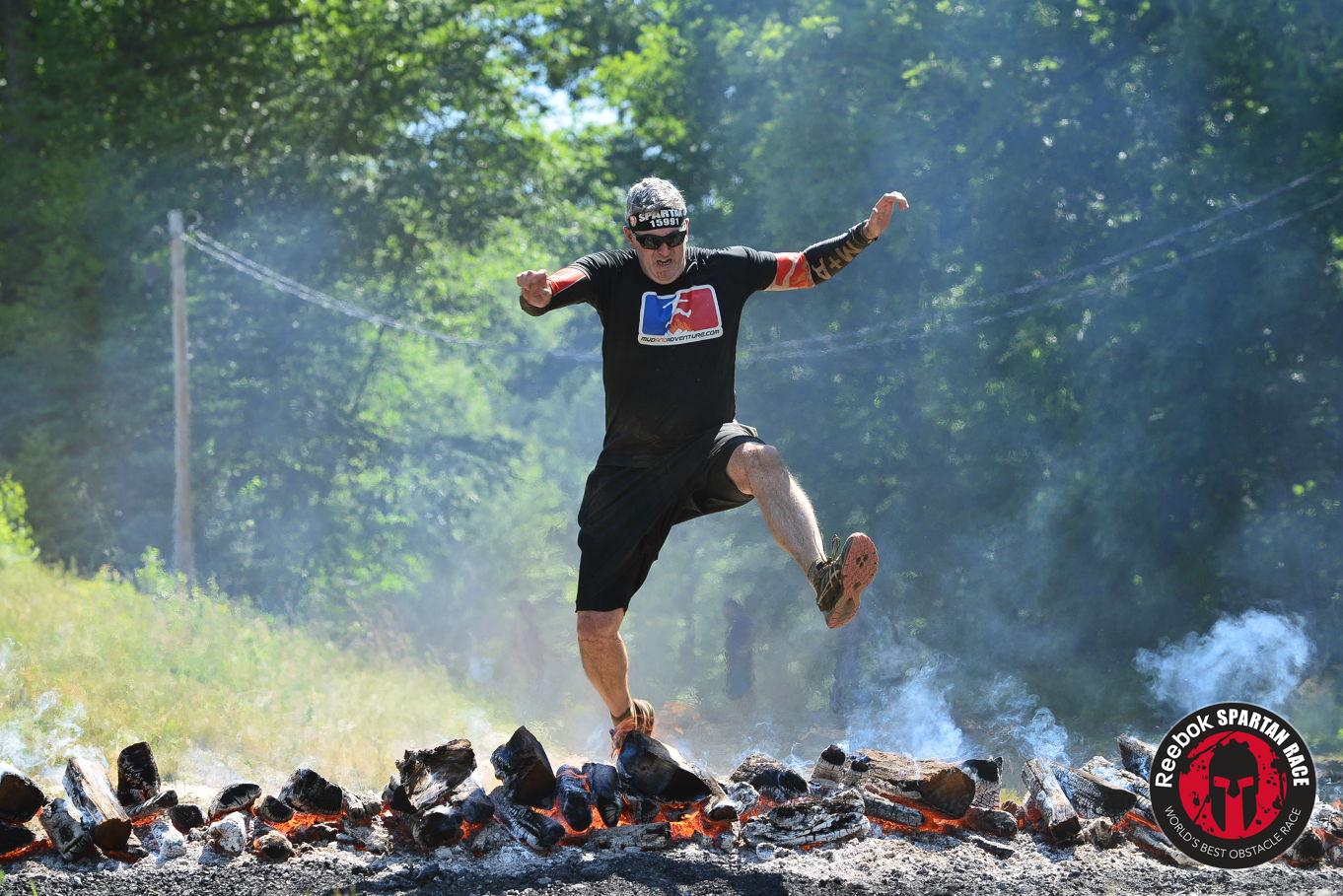 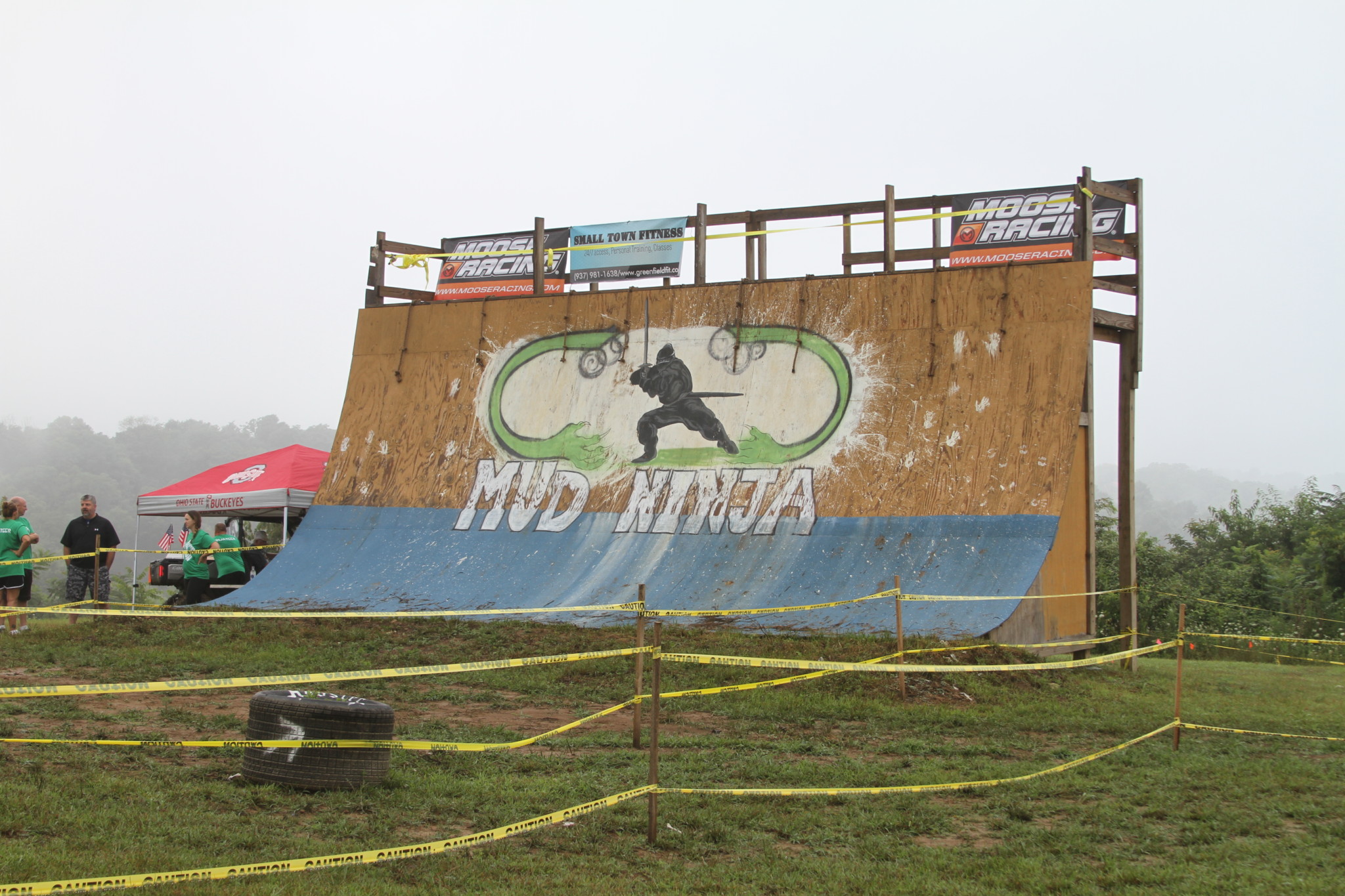