On Sunday, June 19, I returned to Tuxedo Ridge to run the second weekend of the Spartan Race Sprint. Last year I ran with two friends, up and down the mountain (and up and down and up and down). This year I ran in one of the last heats as part of a large group, and the experience was very different; it gave me time to think about what OCR can mean to different audiences.

This was a busy weekend for OCR fans in and around New Jersey. Spartan was at Tuxedo Ridge, just north of the Garden State, while BattleFrog was nearby in Stanhope, Mudderella was at Raceway Park in Englishtown, and Bone Frog Challenge took place in Atlantic City. While it would be interesting to know if the scheduling overlap hurt sales at the other races, there were plenty of people at what was the second weekend of Spartan Sprints. Judging by the pictures on social media, numerous enthusiasts did more than one race this weekend.

Spartan Race knows how to put on a good show, and their performance here was no exception: the check-in process was smooth, as was bag check (now with two options, one more secure and costly than the other, but I have vented about that elsewhere). At the race start, the announcer let us know that the organizers had decided add an extra mile to the course, bringing what was advertised as a 3-5 mile race to over 5.2 miles. I never heard an explanation for extending the course, and the consensus was that they did it simply because they could.

There was plenty of running up and running down, as well as the familiar array of Spartan obstacles. There was also plenty of dust after a few dry weeks, and I have learned the lesson that dusty rocks can be as slippery as wet terrain. I have the bruised elbows and scraped knees to prove it. The cargo net crawl provided one of the few wet patches, but it also smelled remarkably like barnyard effluent, making some doubt the bacterial levels we were exposed to.

As the day got warmer (and as I realized I hadn’t fueled properly), I slowed down, and I found myself closer to the racers at the back of the pack. This gave me the chance (between panting breaths) to chat with some of my fellow racers who, let’s say, were taking the course a bit slower than the hard-charging elites who dominated the earlier waves.

I noticed plenty of large groups racing together, waiting for each other to catch up, and helping each other over the walls, cargo net climbs, etc. That team-building spirit that Tough Mudder (but not Spartan) extolls so much? You couldn’t throw one of the mountain’s plentiful rocks without hitting it that day. OCR events really can bring out the best in people. By mid-day on Sunday, the mood shifted from individual competition to group achievement. Not coincidentally, I didn’t see a whole lot of burpees getting done on the course later in the day either, as volunteers exercised discretion to encourage, rather than scold.

Inspiring stories? There were lots of those, too, like the Special Ed teacher I met whose cancer had recently gone into remission and who attributed her participation in OCR with helping her recovery. If OCR didn’t exist, maybe she would have channeled that energy into running 5Ks, but it’s great that this sport provided her with what she needed.

Was the race hard? Definitely. The CrossFit coaches I rode home with were surprised at how difficult the course was. As with many racers, their introduction to Spartan had been a stadium race, and this was much more challenging. Many of the less fit racers I talked to had also gotten their start at CitiField this spring and had signed up for Tuxedo Ridge as a follow-up. My question is whether a Spartan Sprint is a good introduction to OCR and whether it is a suitable event for someone getting off the couch.

The brains trust at Spartan HQ have done calculations, and they tell me that they’ve figured a minimum level of fitness: athletes need to be able to hold a deep squat for three minutes, a high plank for two minutes, and a dead hang for one minute, or 30 seconds if you weigh more than 200 pounds (one of the fun facts I picked up at Spartan Obstacle Specialist Training). I can do this (and, you know, run marathons), but the heat and the climbing slowed me down. The rest of the racers I saw at the back of the pack might not be able to meet those minimum qualifications. Some were still having fun (monkey bars! Whee!), some were challenging themselves (that cargo net climb is not difficult, but it gets you pretty far off the ground), and some just looked downright miserable.

There is obviously a broad spectrum of fitness, and the trick for Spartan (and for the races that want to be Spartan) is to host an event that can satisfy elite racers but still provide a realistic goal from someone who is trying to get in shape. The stadium races seem to provide that sweet spot, but they’re not available in every market. Spartan founder Joe De Sena is determined to get all of us off the couch and fighting fit. Does setting up the Tuxedo Spartan Sprint as an entry-level event inspire more people to get in shape, or does it discourage those who try it and find it far beyond their abilities?

Jumping over fire: I still haven’t figured out how to do it gracefully. 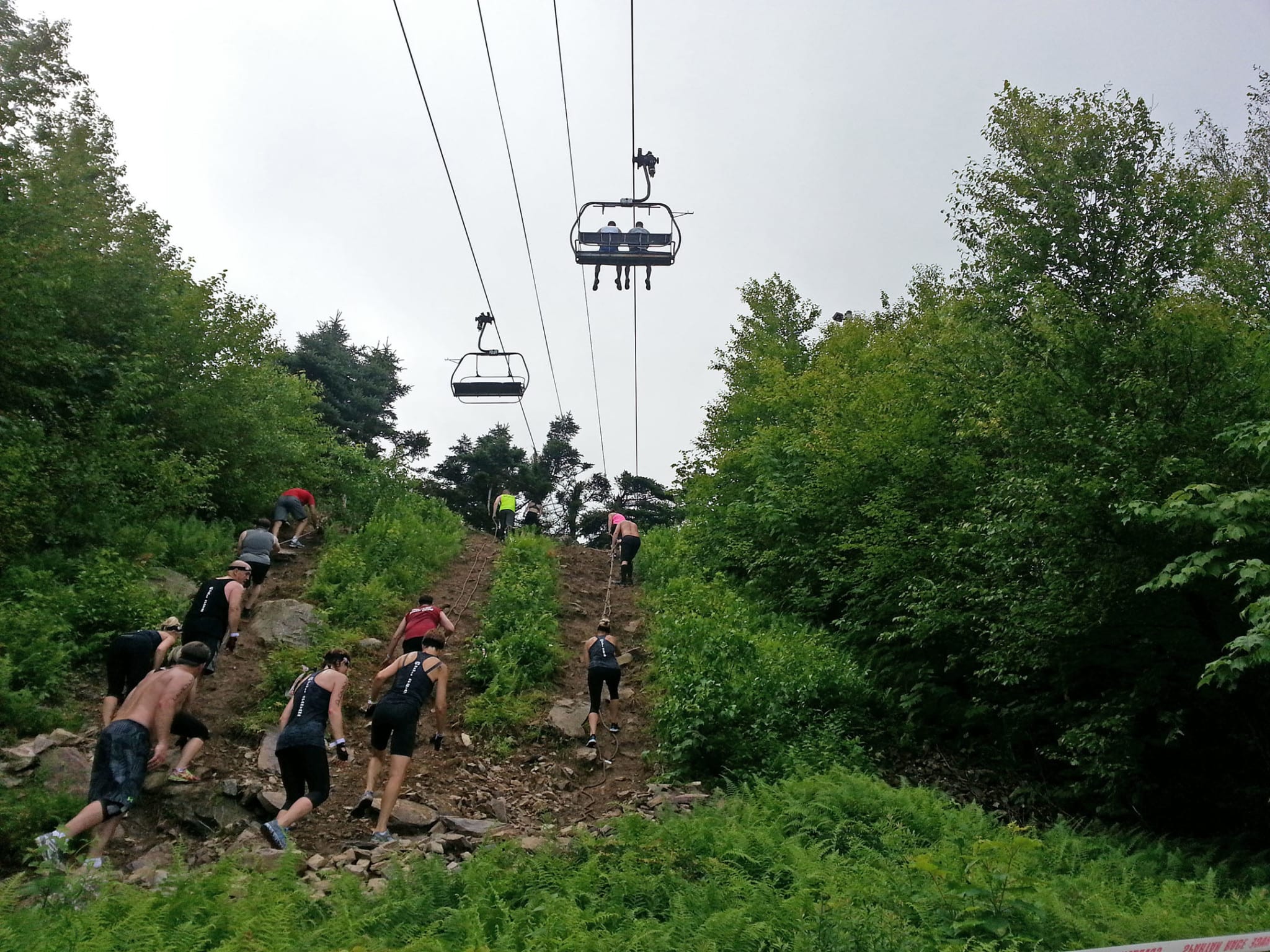 How do you make a  Sprint feel more like a Beast? Park it on the side of a… 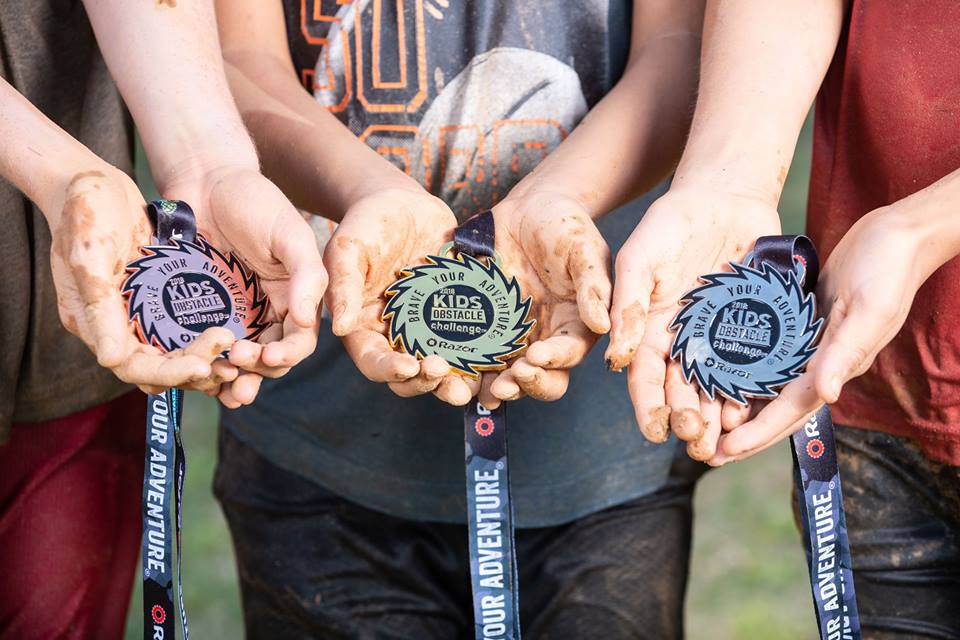 This was my first foray into a child-centric OCR. I am used to attending OCRs with kids, but… 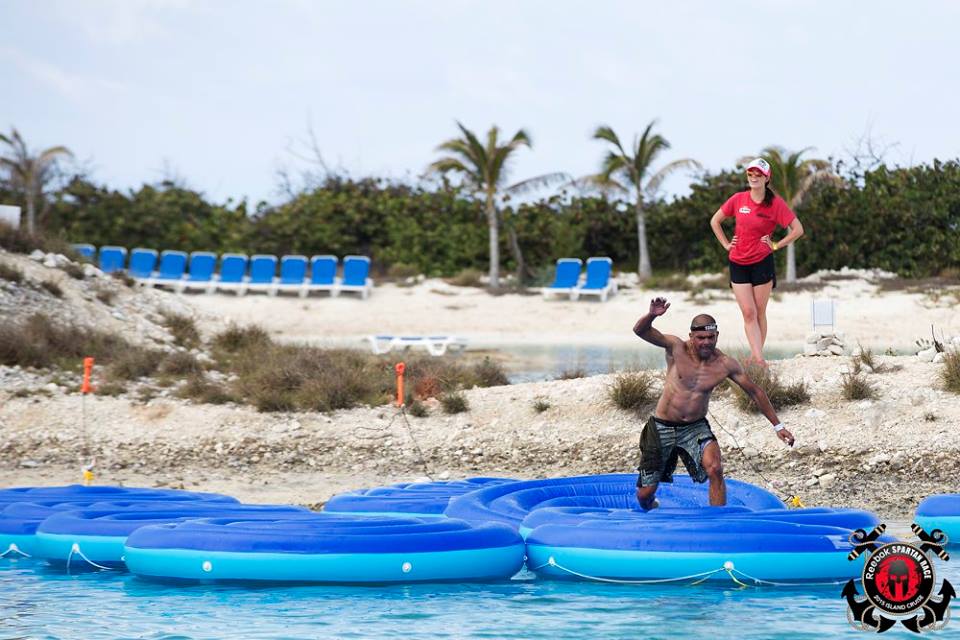