Spartan Race San Jose was no joke, even if it did fall on April 1st! Things were a little different at this race, beginning with the wall at the starting corral which was much taller. We started with an “Aroo, Aroo, Aroo” and came to the first obstacle which was a noticeably higher set of hurdles. A mud pit came shortly after which was very deep and didn’t have footholds. I was getting a little nervous to see what the rest of the race would bring as it was starting out more challenging than usual.

Next up were hills, hills, hills. The cumulative elevation gain was approximately 2,000 feet. It was a mental challenge as well as physical. When you climbed to the top of the first hill and thought you were done, you would look to the side and see the next hill. This happened about four times before finally receiving a much-needed break and spectacular view. 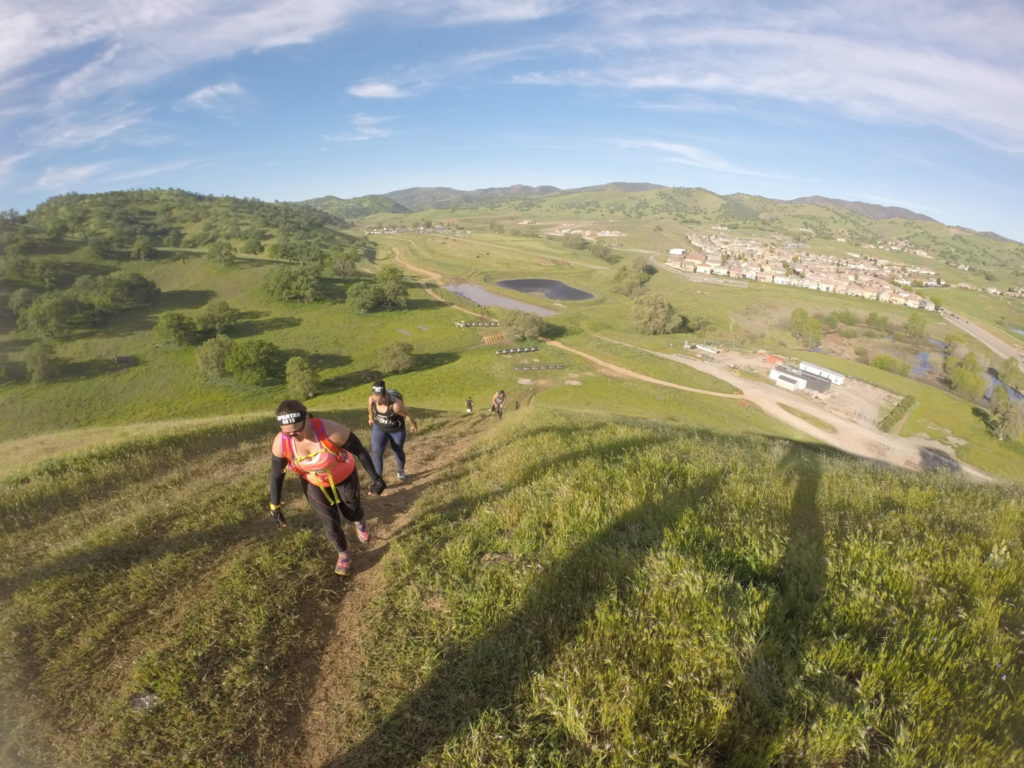 There was a short trail run and then, once you thought it was safe,  there was another hill which held a special surprise, the sandbag carry! It was steep, long, and enough to make you say shucks! They used wreck bags instead of sand patties.  I like both and this was a nice change of pace. I heard an unofficial weight estimate of 30-35 pounds for women and 55-60 for men. 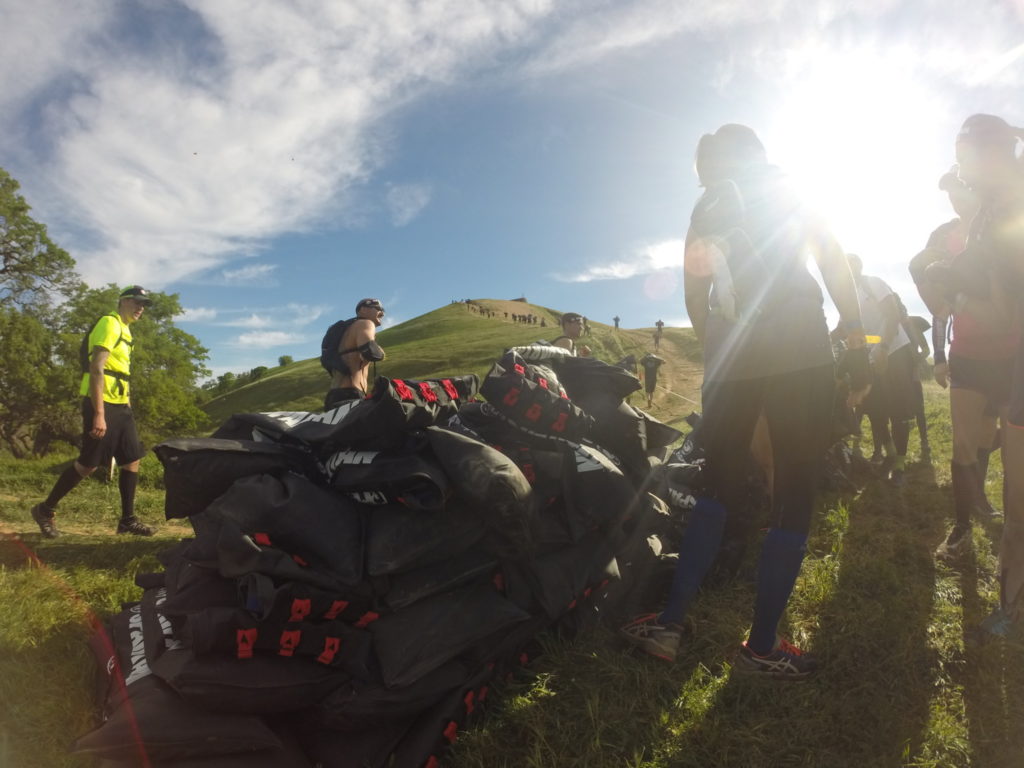 Finally, the hills eased up and the trail was heading down. It was a perfect time to look around and take it all in. The cows that dotted the hillside seemed more like goats and were quite impressive on this steep terrain. One person did a shout out to them with an “AMOO”. I think the cows thought the farmers must have gone crazy!

We approached the festival area which included several classic obstacles such as the over walls, inverted wall, A-frame cargo net, and monkey bars. It was set up really well for the spectators, who were lining the course like a golf tournament and cheering everyone on. 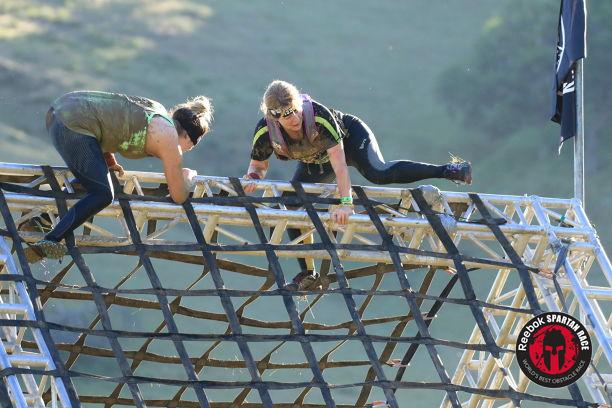 One thing I kept thinking about was the bucket brigade. I had visions of straight up hills that never ended. I was completely shocked when I reached it and it was a fairly flat, short loop! I don’t remember when I was ever so excited about the bucket carry! One quick lap and I was done and heading towards some of the newer obstacles which included the multi-rig, which is now a series of rings, and the Olympus. I’m still trying to conquer these, but I get a little further each time.

We ended with the spear throw (made it…yes!), slip wall, and dunk wall. Both days brought two different gals who were a little hesitant to go under the dunk wall. We went together and they were both so excited when they got to the other side. They rocked it! A huge part of what I love about Spartan is the friendships you make along the way. 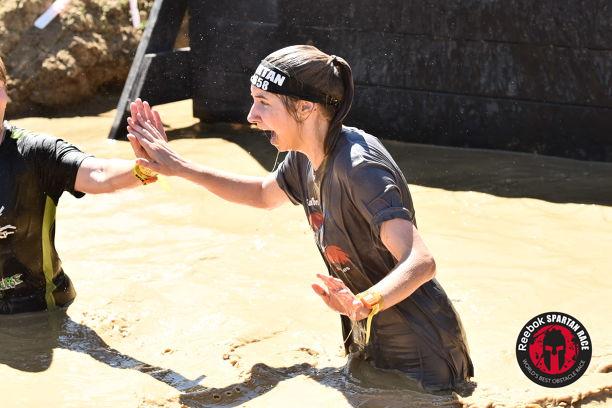 I was surprised to find there wasn’t a fire jump. That’s always such a perfect end to a race. I defiantly “fire jumped” over the finish mat and received my medal.

It was a beautiful venue and perfect weather. This is a race I definitely enjoyed and will do again! 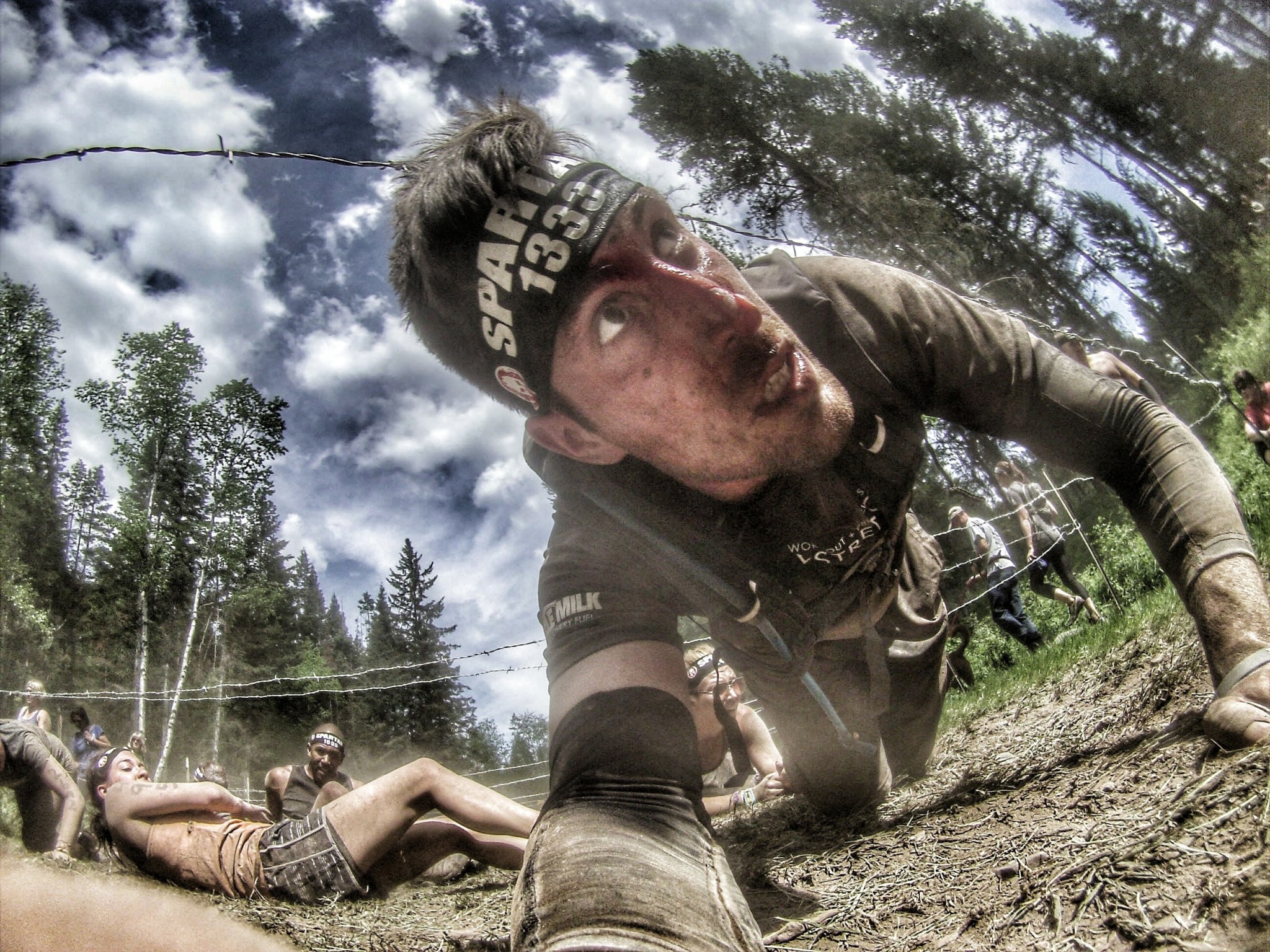 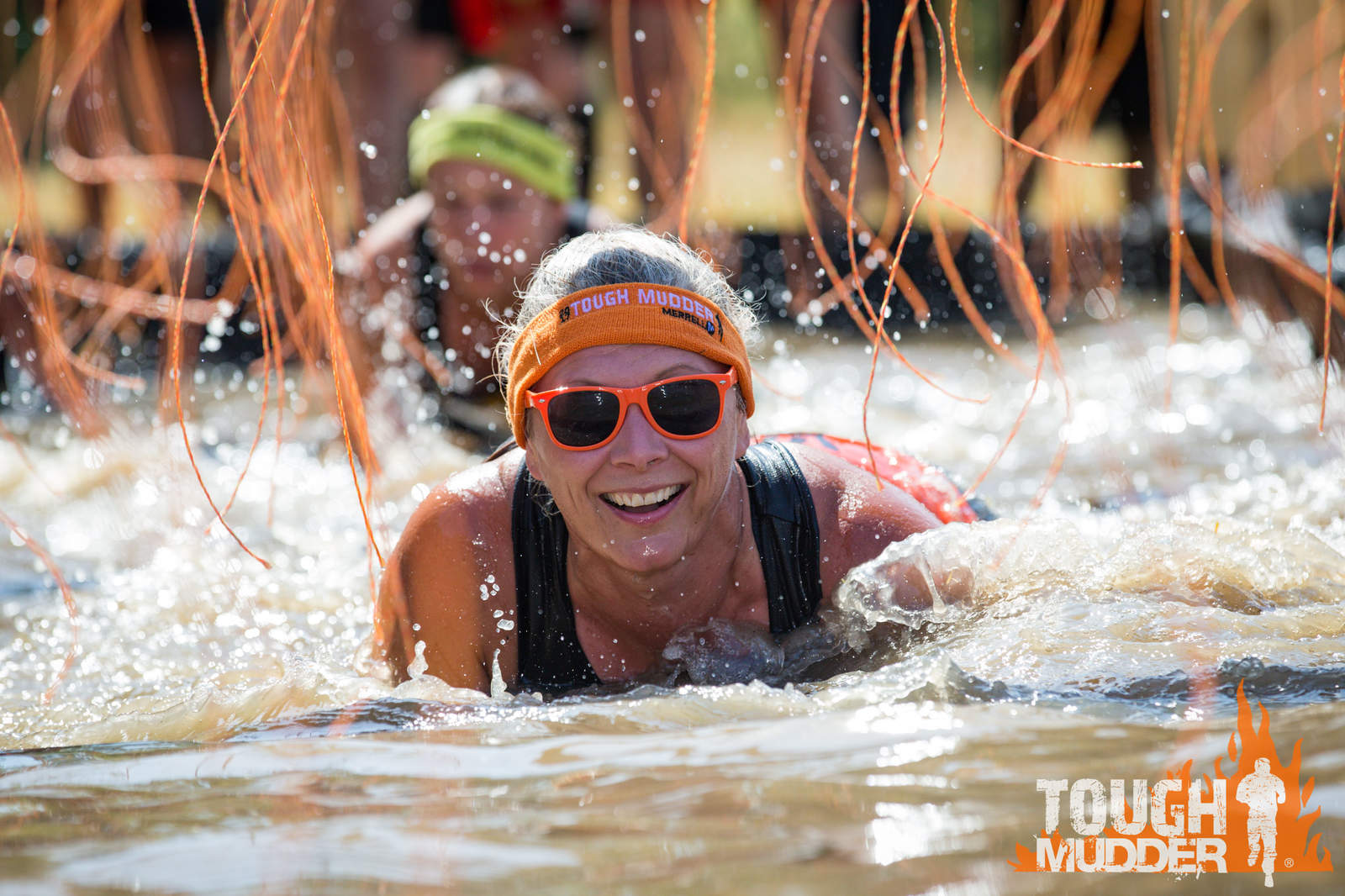 Considering the venue had a last-minute attack of the English disease that is NIMBY’ism (not in my backyard). … 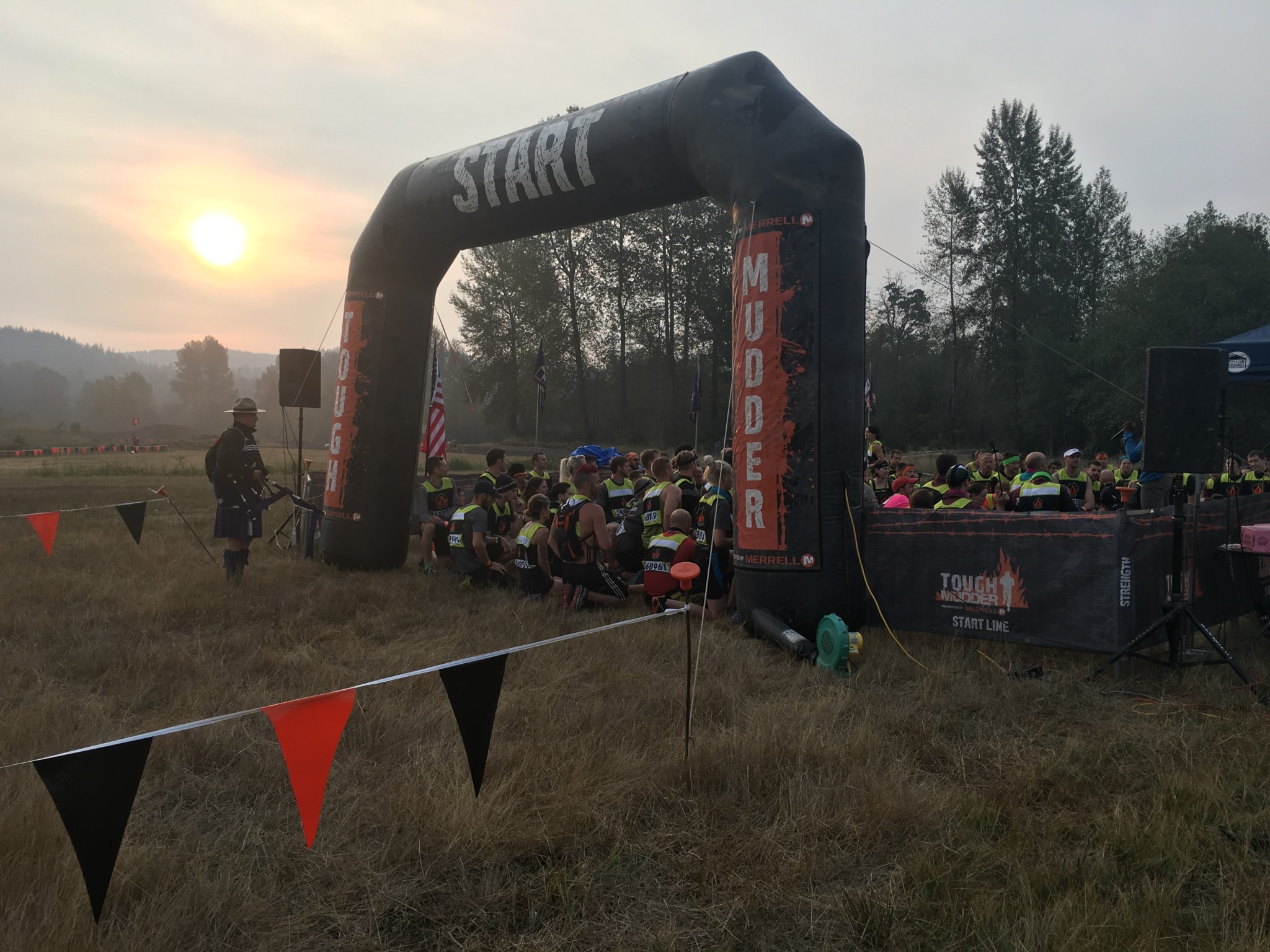 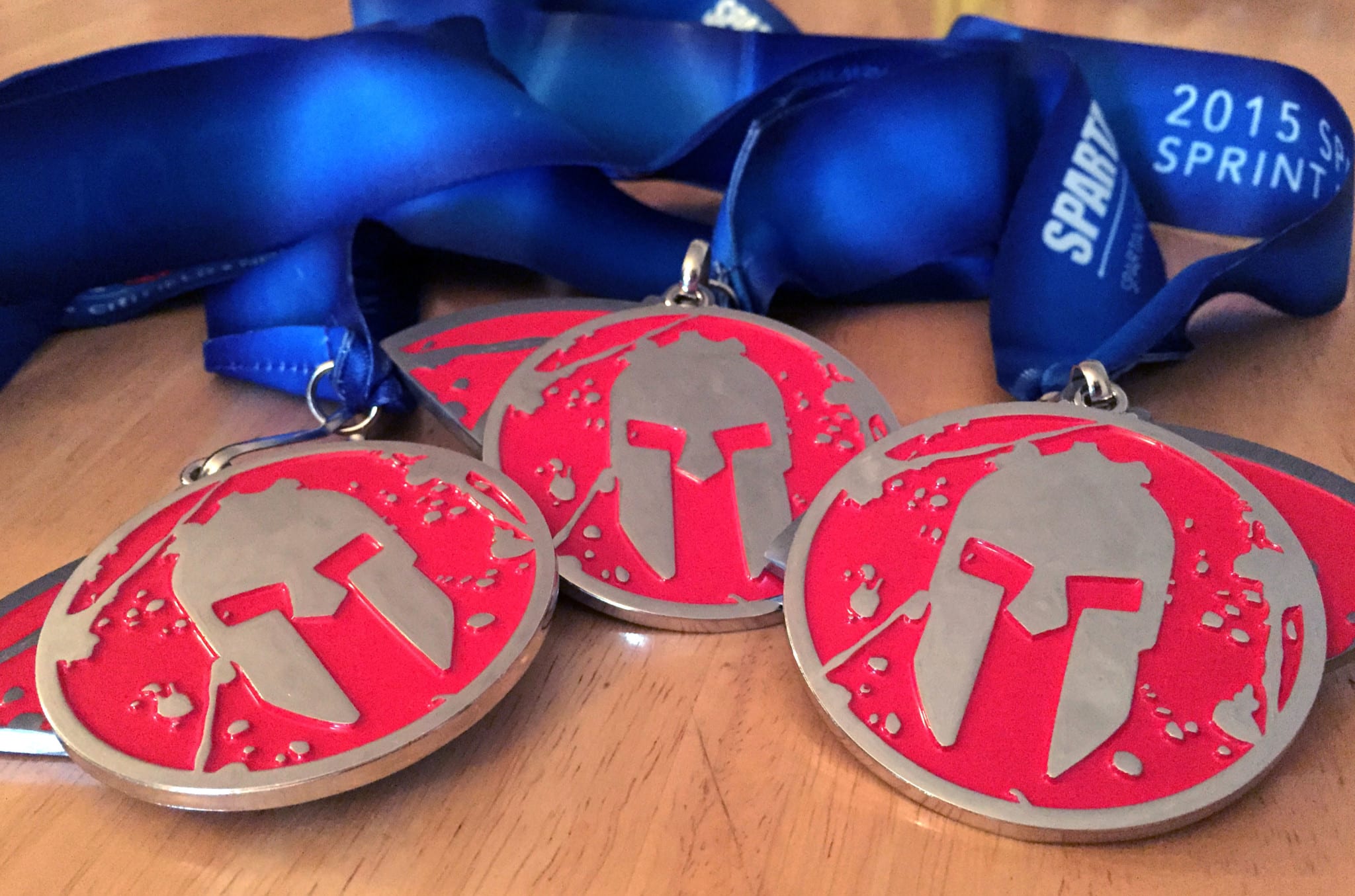