Jacksonville Super/Sprint weekend finished off the 2016 Spartan season this year in Bunnell, Florida outside of Jacksonville.  A vast and remarkably lively crowd of racers showed up, including loaded elite heats with several familiar faces. Saturday and Sunday races both kicked off with a flag ceremony followed by our national anthem performed by yours truly, and the energetic Robert Lyday with his infamous pre-race speech! Both the Super and Sprint started with the elite men, chased down by the elite women, then the competitive heat, followed by the open heats for the day.  Elite athletes battled for the top 3 podium places. This course was designed by Norm Koch and he was present at both races. This flat, fast course allowed for no mistakes if athletes wanted to finish on top.  Race designer, Norm Koch, made great use of this flat land and undoubtedly challenged athletes.  Signs of Norm Koch could be seen everywhere! Elite masters athlete, Kevin Donoghue who placed 3rd in the Super masters and 1st in the Sprint masters, stated,

“Well, it was the flattest/ fastest Spartan I’ve ever done.  I set a PR for a Super by 3 minutes due to the incredibly low 22 feet of elevation gain!  Having such a unique course gave it the feel of a stadium race. That in regards to importance of not having a penalty.  One mistake and you would fall hopelessly behind!  It was a step on the gas and go as fast as possible for the entirety of both the Super and Sprint.  But it was by no means easy terrain.  Constant changes from loose sand, to hard baked sand, to thick mud, broken up by dense vegetation kept you on your toes enough to keep it interesting.”

The Super course was definitely a course for the seasoned runner, lots of running through ATV trails, creeks, and woods, mixed up with obstacles for the most part a couple at a time.  The race started off with 2 hurdles in an attempt to slow down some of the runners.  Next, racers climbed over a 6’ wall and a 7’ wall, followed by a very early spear throw, leaving many racers completing burpees while the lucky ones continued on.

The rugged terrain and lush vegetation made it difficult for footing and Spartan Race, mapped out a challenging course on the flat terrain. Ryan Kent, first place elite finisher at both the Super and the Sprint said this about the course:

“When you think Florida, you think flat. But the Palm Coast venue was anything but easy. Flat running becomes quite challenging when you add sand, mud, and Florida jungle to it. I was really impressed with what Spartan was able to do with that place. The terrain was always changing, and they did a phenomenal job using natural obstacles. The last mile was super fun, too. They packed a ton of my favorite obstacles in the final 2 kilometers, such as the Bucket Brigade, Herc Hoist, and Multi Rig. That Barbed Wire Crawl on Sunday sucked, though. I came out of that thing covered from head to toe in dirt and mud. Thank the lord for that Dunk Wall just before the finish. I’ve raced all over the country, and this was definitely one of the more unique venues I’ve been to.”

After the spear throw racers tackled a sandbag carry, the 8 foot wall, Z wall, atlas carry, and finally the Tyrolean Traverse.  These obstacles were the ones removed from the Sprint on Sunday.  The course continued through the mangled brush and large tropical roots, where racer’s had to be very careful where they stepped.  As racer’s turned the corner, the much loved, Bucket Brigade was in sight!  By Bucket Brigade standards, this was a remarkably mild one.  Racers walked through sand and some thin mud and climbed a few small mounds at a short distance of maybe 200 meters. Next on the list was the Hercules Hoist, followed by an extremely long and low barbed wire crawl, and an immediate Stairway to Sparta.  Runner’s once again, entered narrow trails with complicated footing.  As runner’s emerged from the woods,  the infamous Multi-Rig appeared.  This obstacle was in view of spectators, ninja skills were tested to the max,  and the burpee zone was full of racers! Upper body muscles were getting taxed at this point and the next two obstacles, the rope climb and cargo net, pushed racers close to muscle exhaustion. Racer’s once again, entered back into the brush of the Florida woods on a trail run, before winding up in another spectator friendly series of final obstacles.  These included the monkey bars, muddy trenches, slip wall, and the final fire jump to the finish. Athletes were awarded with the 2016 Spartan medals by a very friendly volunteer crew. Aside the actual course, Spartan Race impressed me with a larger than normal festival area.  They also had local food trucks selling food, rather than having their own.  This was a great marketing move, focus on what you do best Spartan Race, and contract out the other stuff. Spartan also included a kids race of various shorter distances and had a nice turnout of kid athletes in attendance, making this experience a nice family atmosphere for athletes of all ages. The parking was a bit of an organized frustration.  Racers that paid extra to park in the VIP lot, found themselves walking near a mile to the festival area, meanwhile being passed by shuttle buses from the economy lot.  The rest of the racers parked in an offsite lot where they were shuttled to the festival area.  Talking with Spartan staff, venues are all unique  in terms of size and capacity and fitting that many racers into a small area is a complicated art.  Spartan Race did the best they could with the venue they had. All in all, Jacksonville Spartan weekend was a hit for racers.  Norm Koch made great use of the flat land to provide racers with an excellent, yet challenging obstacle race.  The Spartan season in Florida ended on a high note and racers were satisfied with their experience.  People from all over flew or drove to Florida to experience the last race of the year. 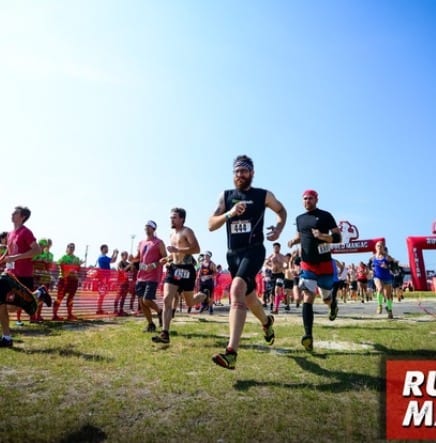