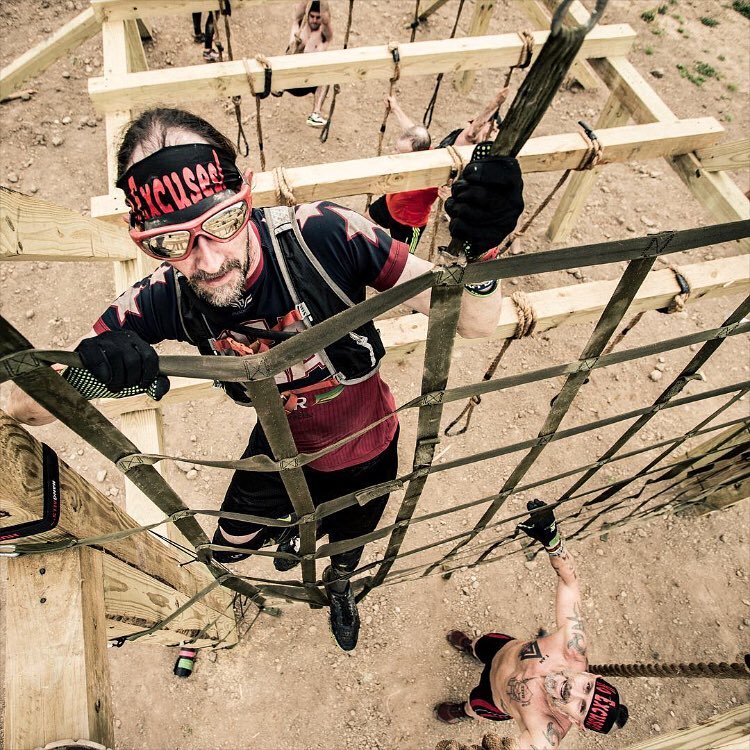 I usually stick with Spartan, simply because the obstacles have the  “burpee-if-incomplete” option. I’ve noticed I have been becoming too reliant on it, so I have decided to start looking at more race options. More specifically, trying to work on completing events that scare the absolute shit out of me. So, naturally, when my friend suggested I join her for the Green Beret Challenge in Atlanta, I registered immediately. What doesn’t kill you will only make you stronger, right?

For reference, I am five feet tall, weighing in at a pretty gnarly 105 pounds. I’m not great at heavy carries; not because I’m not strong enough, but some of the carries…well, they’re pretty much the same size as I am. Knowing that the GBC is comprised of primarily heavy carries, I went in thinking that I wouldn’t do well. It didn’t matter though. I was still proud of myself for registering in the first place.

One of the first things that caught my attention was the address of the venue. Or, rather, the lack thereof. There was no address. In fact, the address that they provided, was actually the address to the building NEXT DOOR. This venue was literally in the middle of nowhere.

When my friends and I pulled up, what we saw was the most gorgeous house. Which was…well, very different from any venue I’ve seen. The venue was actually BEHIND this house. Parking was easy, check-in was easy…actually, everything was easy. There was no long walk to the venue, pretty much you parked and it was on course. And of course, the very first thing you could see, was Mark f***ing Ballas, standing up, proud, riding on his four-wheeler. I was intimidated but very excited.

I had jumped into the 8:00 heat; the first wave of the competitive division. Standing next to me at the line was none other than Rachel Watters. She was awesome to talk to, and I was very impressed by her modesty. The men and women ran the competitive wave at the same time, which personally, I am a fan of. For me, it seems much more fun with mixed gender seems more fun and laid-back.

Also at the start line, was none other than Mr. Ballas himself. Accompanying him was a man, whose name is currently escaping me (editor’s note: it is none other than Jarian Rich, Mr. Inspiration), covered in glitter. He had an immense amount of glitter in his beard, and gold glitter covering his arms. He wore a shirt that said “no frown zone,” and with that, he wore one of the biggest smiles I’d ever seen. Even though this event is known as being one of the toughest obstacle races in the series, it’s very evident that every person there is excited about it. 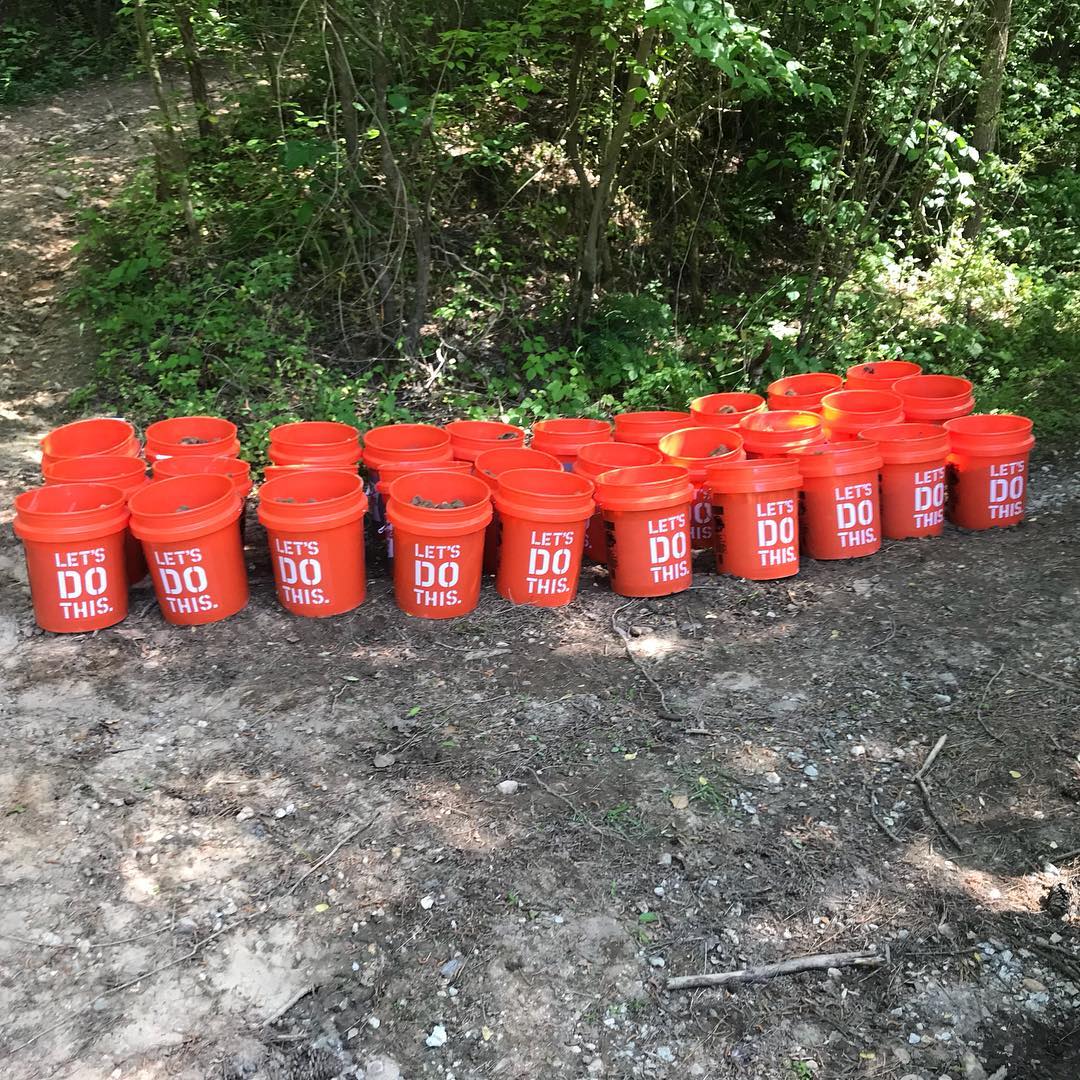 When it was time to run, we started running in a flat field. We had been running for maybe two minutes before we hit the first obstacle–that darn yoke carry. I’ve never completed a yoke carry before this, and boy was it humbling. I’m a runner by nature and was one of the first women to the yokes.

Granted, after this obstacle started, I never saw Rachel Watters again. I grabbed one of the first in the line, as the volunteer manning the obstacle suggested. Once I put that thing on my back, I knew that it absolutely could not touch the ground until I was done, no matter how much it hurt. Immediately I was wobbling side to side from the weight. I was getting passed left and right, by men and women alike.

Many people grabbed the string that held their sandbags to keep them from moving, and I wanted to, but I was afraid to let go of my grip from the log. A minute went by and I had already been drenched in sweat. I was starting to get nervous about how my grip would maintain throughout this new adventure but remembered–you know what, Sarah, be proud of yourself for being here, this will make for a cool picture later, and trudged on.

The carry itself felt like at least 300-400 meters, but I confess that my depth perception is not great, and I may be mistaken. Either way, you get the point. It was long. It looped into a square back to the yoke drop-off point. I saw it from a distance and had to keep my eyes on it for the remainder of the carry. My arms were shaking, but eventually, I made it.

After I put the yoke down, there was a short run until the next obstacle, which was a wall. Walls don’t scare me much anymore, but this one made me a little nervous. I jumped to get a grip on the top and struggled to pull myself up. I hardly ever struggle with pull-ups. The yoke had taken its toll; hopefully, some of the runs later could relax my upper body. I will say, even though this wall was hand-made, it did not budge one bit. Mark Ballas does a great job building obstacles.

Following almost immediately was a balance obstacle. Walk up a plank of wood to the top of a hay bale. Next: another carry, but, it was a sled drag. It wasn’t particularly heavy, but it was long. From there, we saw a couple of standard obstacles: inverted wall, barbed wire crawl into a questionable substance, and trail run on a single-track trail.

I was really surprised by the next obstacle. I’m fairly certain it doesn’t have a name, but I wouldn’t be surprised if we saw it again. Two wooden beams, where, you have to climb over the top one, anyway how. There was a rope there to aid in the transition, and being the short person that I am, was very thankful for the rope.

Although this obstacle wasn’t too intimidating, the number of failures that came with it was a little terrifying. The ropes were completely covered in that questionable substance that we just trudged through, which was leading to many people slipping and swearing. When I approached the obstacle, I was really proud of the support from both the competitors and volunteers. The people who had failed moved over to allow others the opportunity to attempt. Finally, it was my turn…I was slow, EXTREMELY slow on the obstacle. Nobody cared. Everyone who was there cheered. I thought to myself, this, right here, is EXACTLY what OCR is all about.

After a few more carries and some walls, we were approaching the finish line. I approached a creek, which we were instructed to jump into. I was NOT expecting a swim at all, but it made for such a nice touch. The water was nice and cool, plus, the unexpectedness of the swim made for a fun and unique challenge. The end was approaching. I picked up the pace, and then one of the volunteers shouted at me: “HEY! YOU’RE SECOND PLACE FEMALE RIGHT NOW.” I freaked out. I ran as fast as I could with my final sandbag on my shoulder, not going to adjust it once. I’ve never placed that high before..and I was excited.

I was so excited that it caused me to make some really poor choices. I hit the most intense obstacle of the day: the Happy Ending. It was most certainly not a happy ending. Happy Ending consisted of a low rig, a cargo net, and some ropes to Tarzan your way through before hitting a bell. Easy. Or, it should have been.

I normally take a breather before rigs to let my heart rate calm down. I didn’t this time, so naturally, I failed. Then I failed again. Then I failed again. And then you know what happened? I failed again. And with all of those failures, I became frustrated. I lost my joyful, cool composure that I had carried with me the entire way, and I couldn’t picture myself finishing the obstacle. I made a stupid, stupid choice to give up my band. Again, stupid. But, I managed to complete it and was greeted instantly by friends and the man who was covered in glitter (he called me nick-names the entire time; fun ones like “Tiny Trap Master” and “Mighty Mouse”).

After races, I typically grab my stuff from gear drop-offs and then leave. This race was different. In the end, everyone jumped back into the water to wash off, and then everyone just sat in lawn chairs, drinking and having a great time. Nobody there was a stranger. Even Mark Ballas and his lady joined in. I was amazed at how well this event brought people together, even though it was considered individual.

My overall thoughts on this race? It was an amazing experience. It pushed me past my comfort zone, but, it made me realize why I love racing. Although it’s individual, I have never seen so much love and teamwork on a course–not even during endurance events. The volunteers were extremely excited to be there…I feel like very often, people only volunteer in order to get free race codes, but this certainly was not the case.

This event was intended to push your mind, and although I was frustrated at the last obstacle, I smiled the entire time. It made me realize that when you get your mind right, you really can accomplish anything. Mark Ballas is an incredible race director. I loved the small, intimate feel and of course, the obstacles were sturdy and challenging. The “fuck Ballas” attire was a nice little touch as well!

I will definitely be doing this event again, and I hope to see you there with me.

Sarah is a special education teacher from Greenville, South Carolina. She has experience in running from cross country and track in high school and two years in college. It wasn't until her friend Janet introduced her to obstacle racing that she fell in love with the fitness. Now she's trying to do as many different OCRs as she can, while encouraging others to do the same. 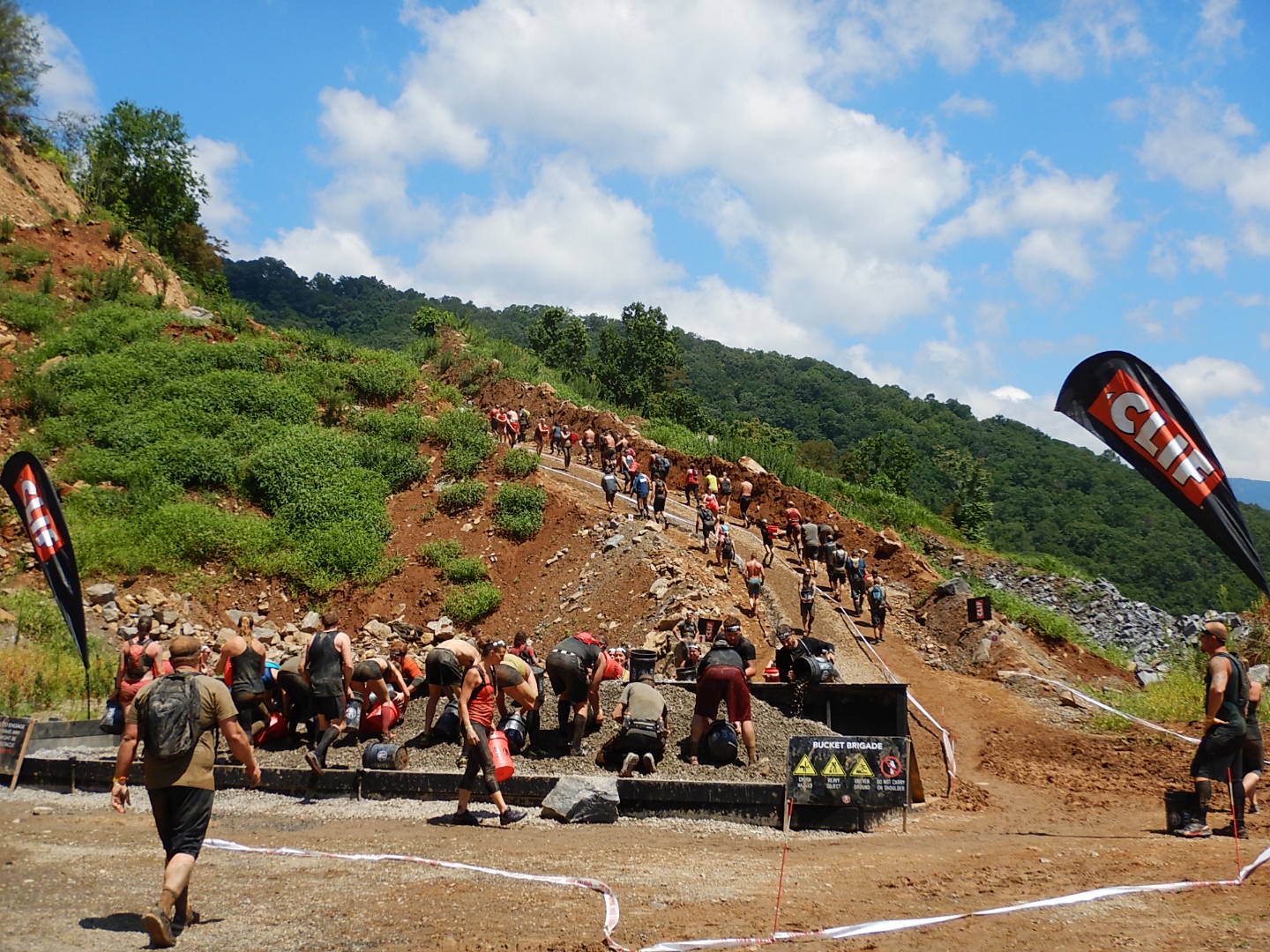 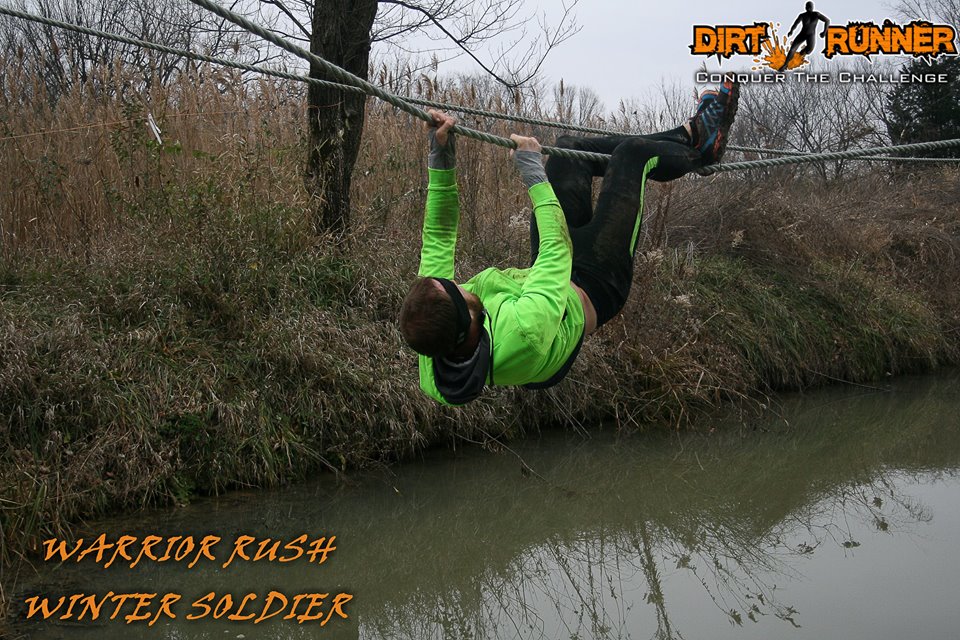 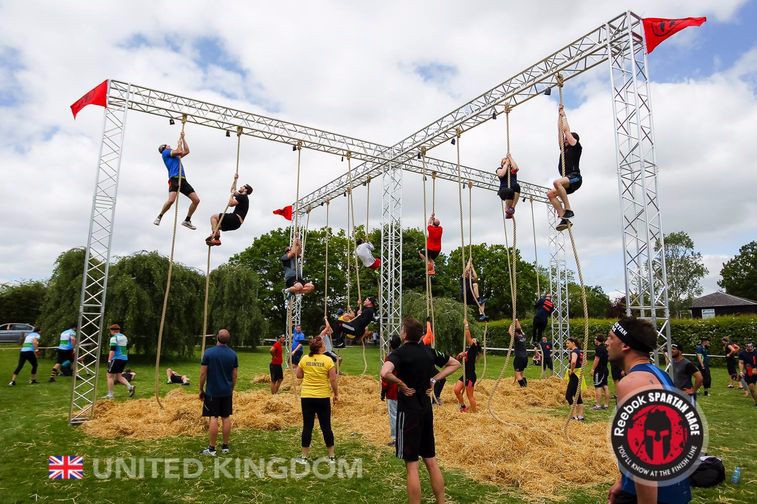