There’s something so appealing to UK residents of travelling to Vegas for the infamous World’s Toughest Mudder– if anything, it’s a holiday rolled into an extended race weekend (with the small matter of navigating a 24-hour lapped obstacle course!). So why would anyone in their right mind want to travel to the UK in Spring to essentially run the hardest part of this race in typical UK conditions – rain, wind, and cold? Because every participant was there to push themselves to their physical and emotional limit

As the third race in the new ‘Toughest Mudder’ series, Europe’s Toughest Mudder promised to be the toughest course competitors had faced yet. Competitors are required to complete as many laps of a 5-mile course between the hours of 12 midnight to 8am: now, I don’t know about most people, but I am usually tucked up cozy in my bed by this point in the night! Even with the unconventional start time, Tough Mudder managed to attract 775 willing participants – the highest attendance at a Toughest Mudder yet – to take on the grueling course through the night.

On arrival at Belvoir Castle, there was free parking and a short walk to registration – two things that often don’t come hand in hand with UK races! Registration was pain-free and we were on our way to setup our kits for the night; the pit was situated in the marquee that had been used for the regular Tough Mudder event earlier that day; this was a nice bonus, as it meant our pit crew would be dry and warm waiting on our return (nobody wants a grumpy wet crew!). Once we were strobed up with our bibs inappropriately named and wetsuits at the ready, the race director called all competitors to the start line; this is arguably the best part of any Tough Mudder event – music blaring, everyone bouncing around with adrenaline, and the MC putting the fire in you to go out and get your goal! 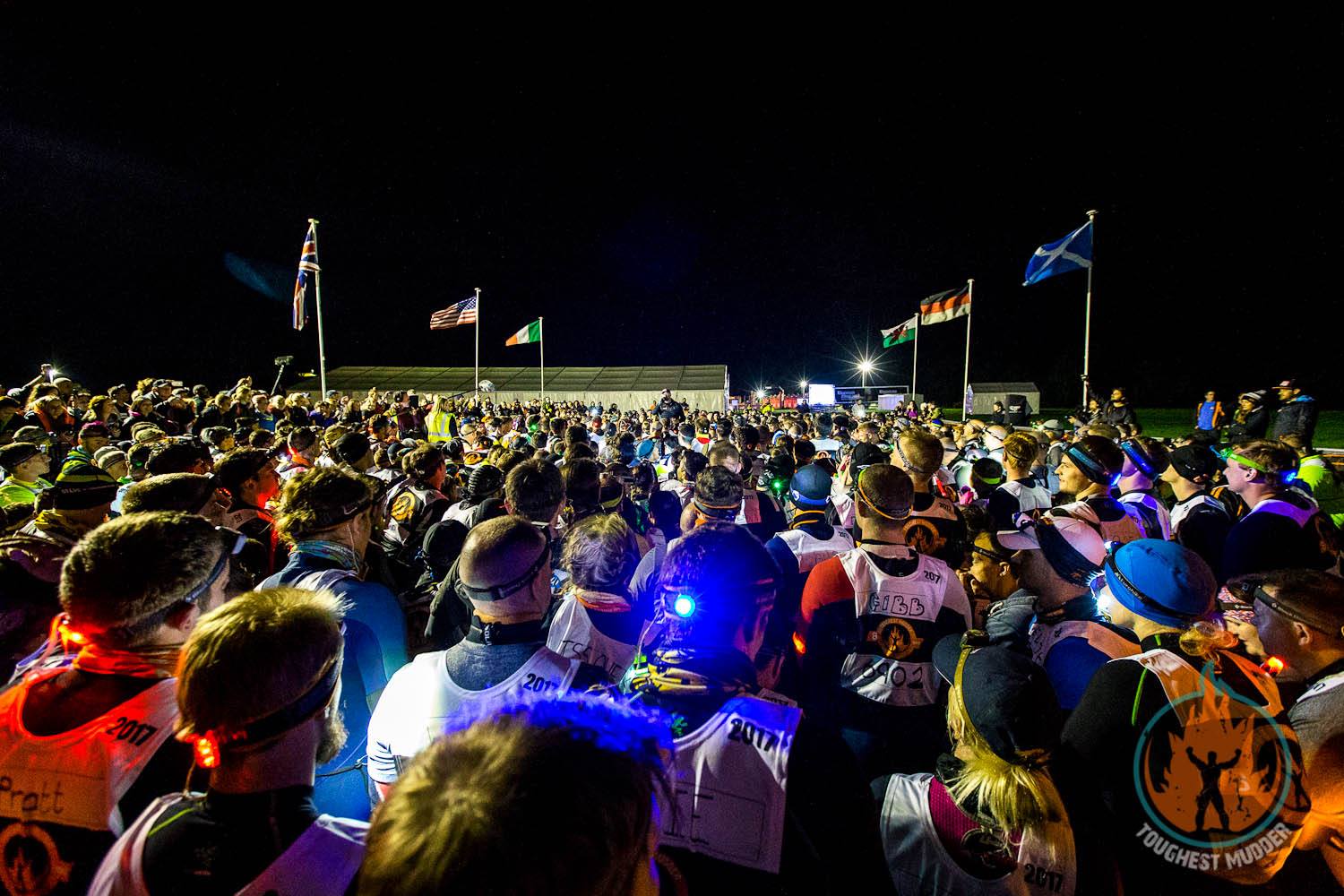 At 12 midnight the race began with the standard obstacle-free sprint lap to break up the crowds of runners and give you a feel for the course and its terrain. The event had been setup slightly differently compared to previous Toughest events as there was only one 5-mile loop, but the obstacles would be opening at different times… there was a certain excitement of reaching an obstacle on each lap to find out whether you would have to take it on or not! By 4:00 am, all of the obstacles were open for business, and it quickly became a blessing to have any stretch of running in between to regroup before the next obstacle came along. 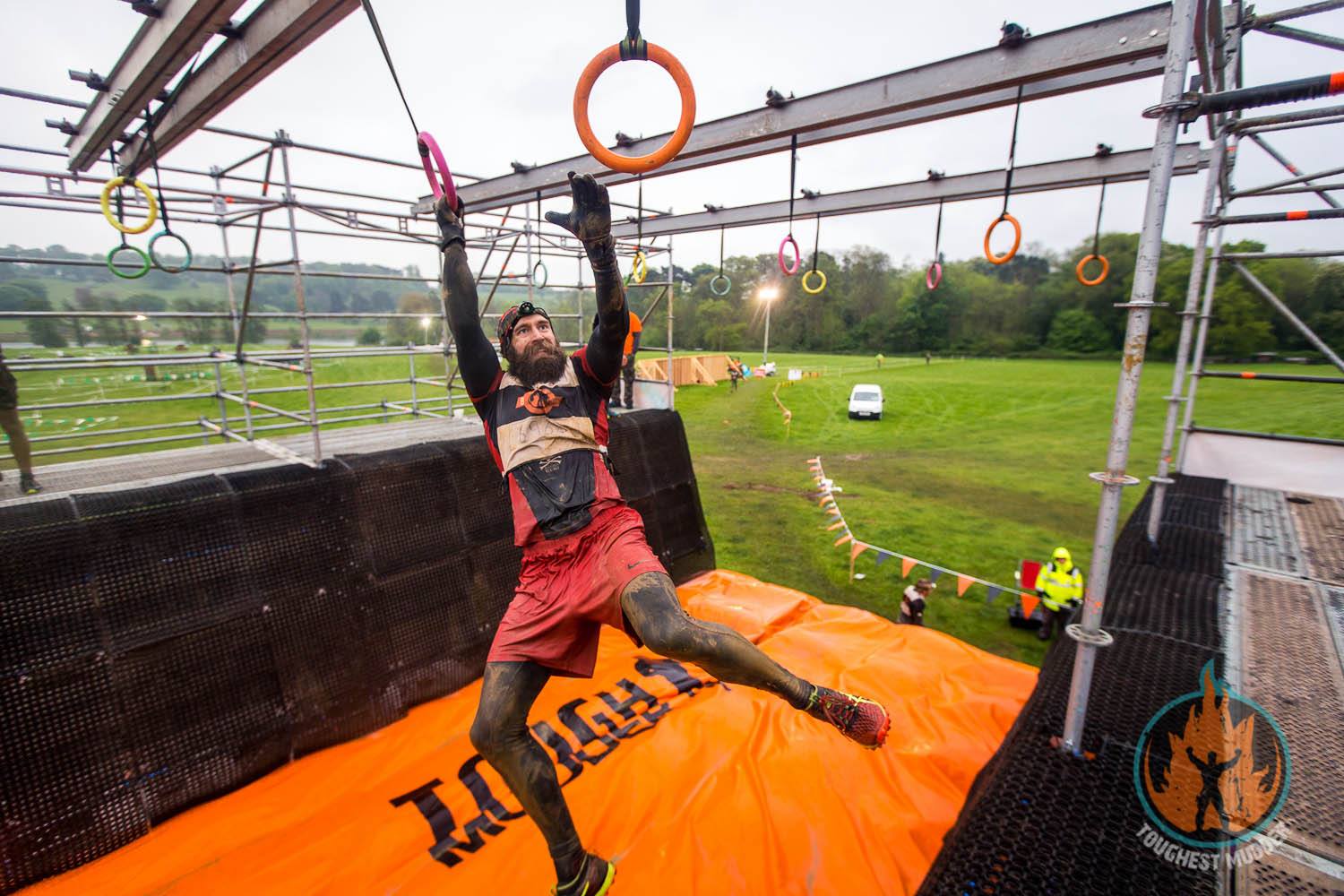 Now, as I mentioned before, the weather in the UK in Spring is not exactly tropical – combine the low temperatures, wind, and rain with the mandatory Arctic Enema, Augustus Gloop, and Blockness Monster and this was a recipe for hypothermia if you were not prepared. Inevitably, the conditions claimed a lot of runners, and by half way through the race, a lot of the lesser prepared competitors had called it a night. I had luckily decided to run in a full wetsuit from the word go; so I managed to keep relatively warm on the first few laps. Arctic Enema did, however, start to take its toll, and it was a swift pit after lap 3 (mile 15) to recruit my neoprene hood as extra backup – this guy saved my race! 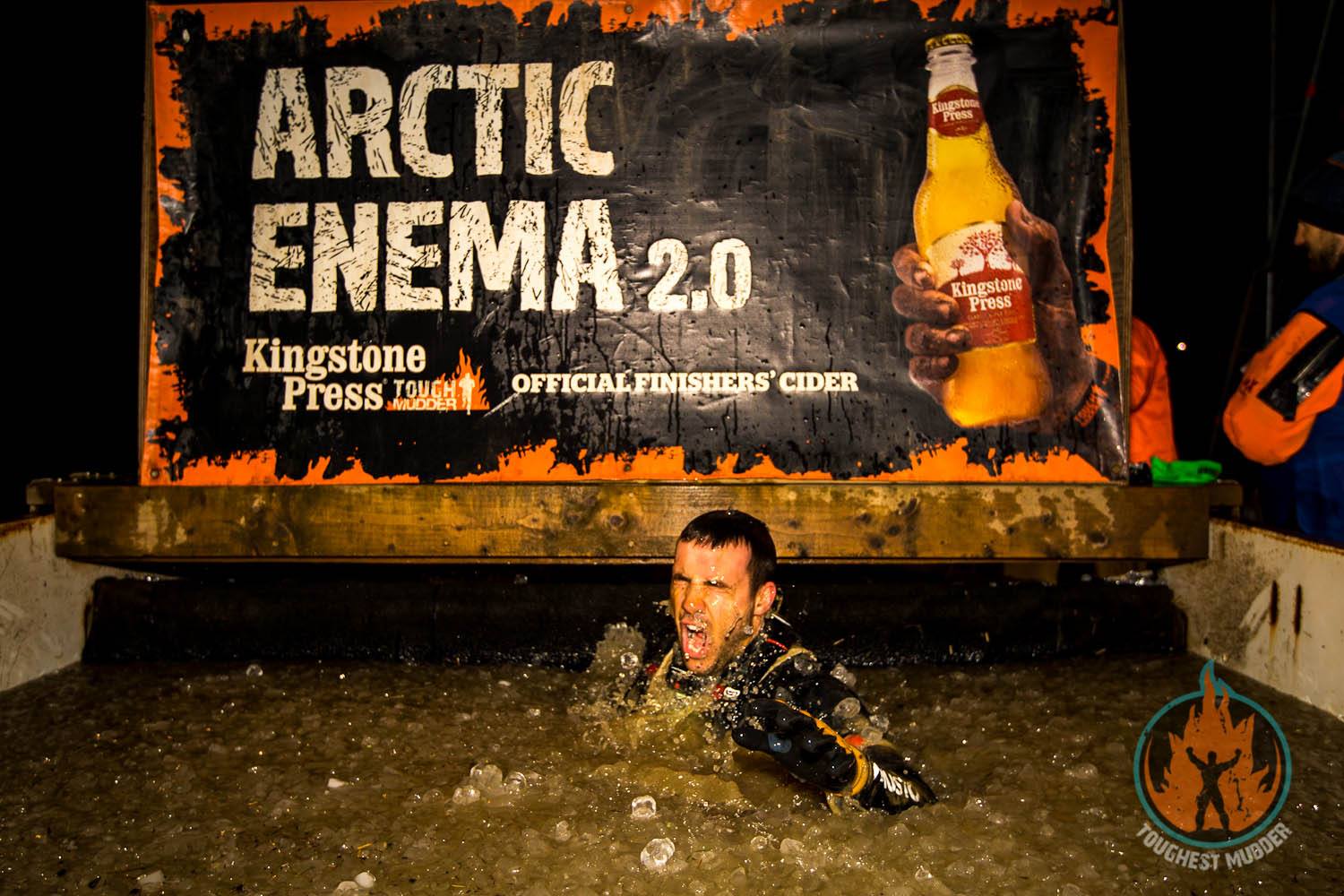 For the first time during a race, I felt like I did not want to eat ANYTHING and for me, that’s unheard of – picture a hamster stuffing its cheeks with food then scuttling off – this is usually me at endurance races. Luckily, I had my pit crew there to force feed me on each lap, preventing me from bottoming out half way through the race even when I thought I could manage without. I cannot stress enough to anyone who is planning on taking on a Toughest Mudder event the importance of having someone to support you. Sometimes your head says ‘you’ve got this!’ but really, you definitely are high on adrenaline and should be eating or drinking or changing gear at this point. 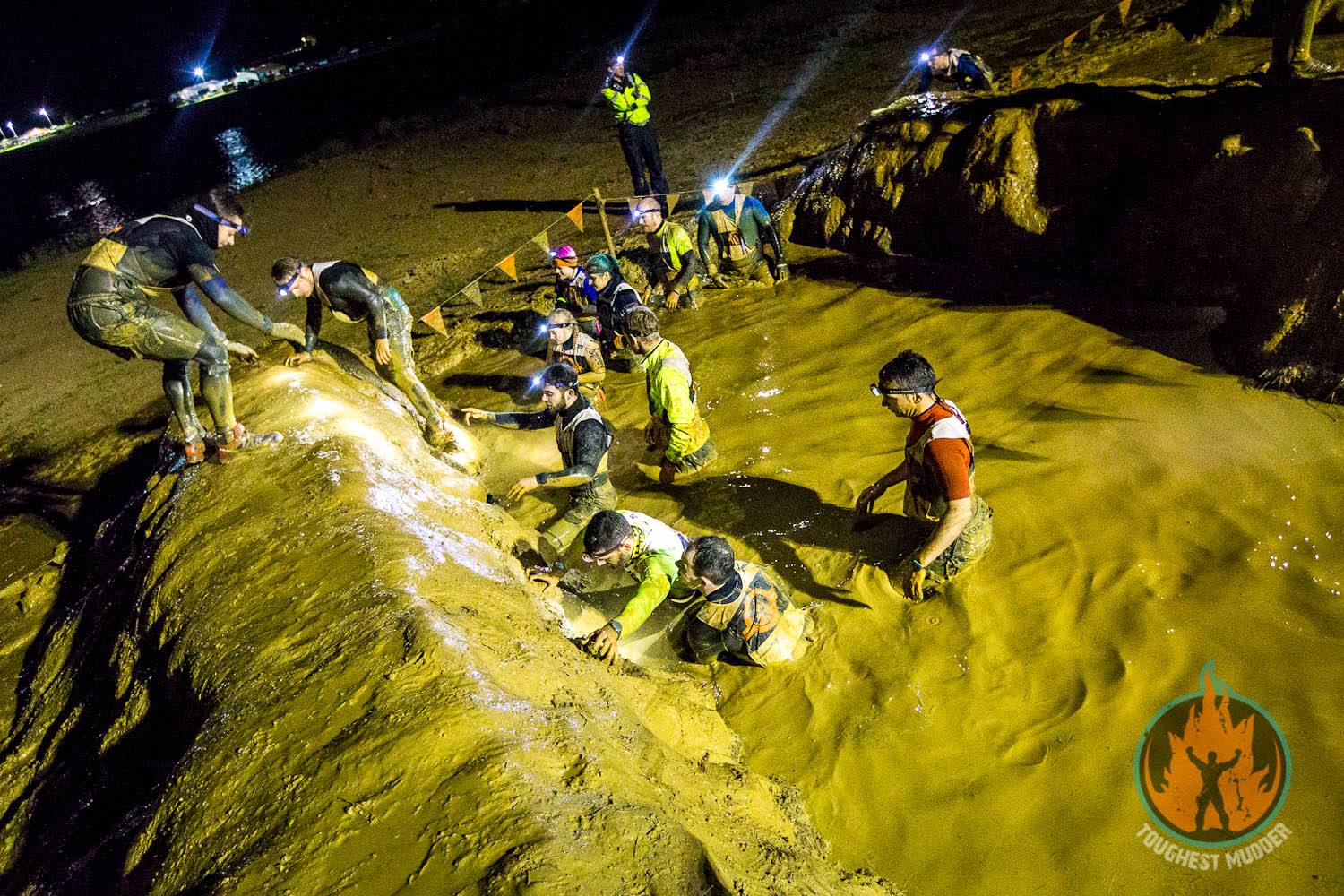 During the first couple of laps, the obstacles were relatively easy but as the night wore on and the rain got heavier the obstacles also got more challenging- at points I felt as though I might as well have poured lube on my hands and I’d have the same penalty runs as I got during the middle laps! The mud in the UK is great for a regular Tough Mudder event where it’s all fun and games and you are having a laugh with friends, but smear that stuff onto Hang Time (modified King of the Swingers) at 4:00 am and I’m lucky I didn’t need heart surgery from falling off those bars – obstacles that didn’t cause me any trouble in Vegas suddenly were my nemesis. I didn’t let this get me down too much as a few of the world-class racers appeared to be having the same issues as us mere mortals and were on their way round penalty runs just as the majority of us were.  I even saw Jon Albon running the penalty lap for Hang Time…now tell me that isn’t a hard obstacle. 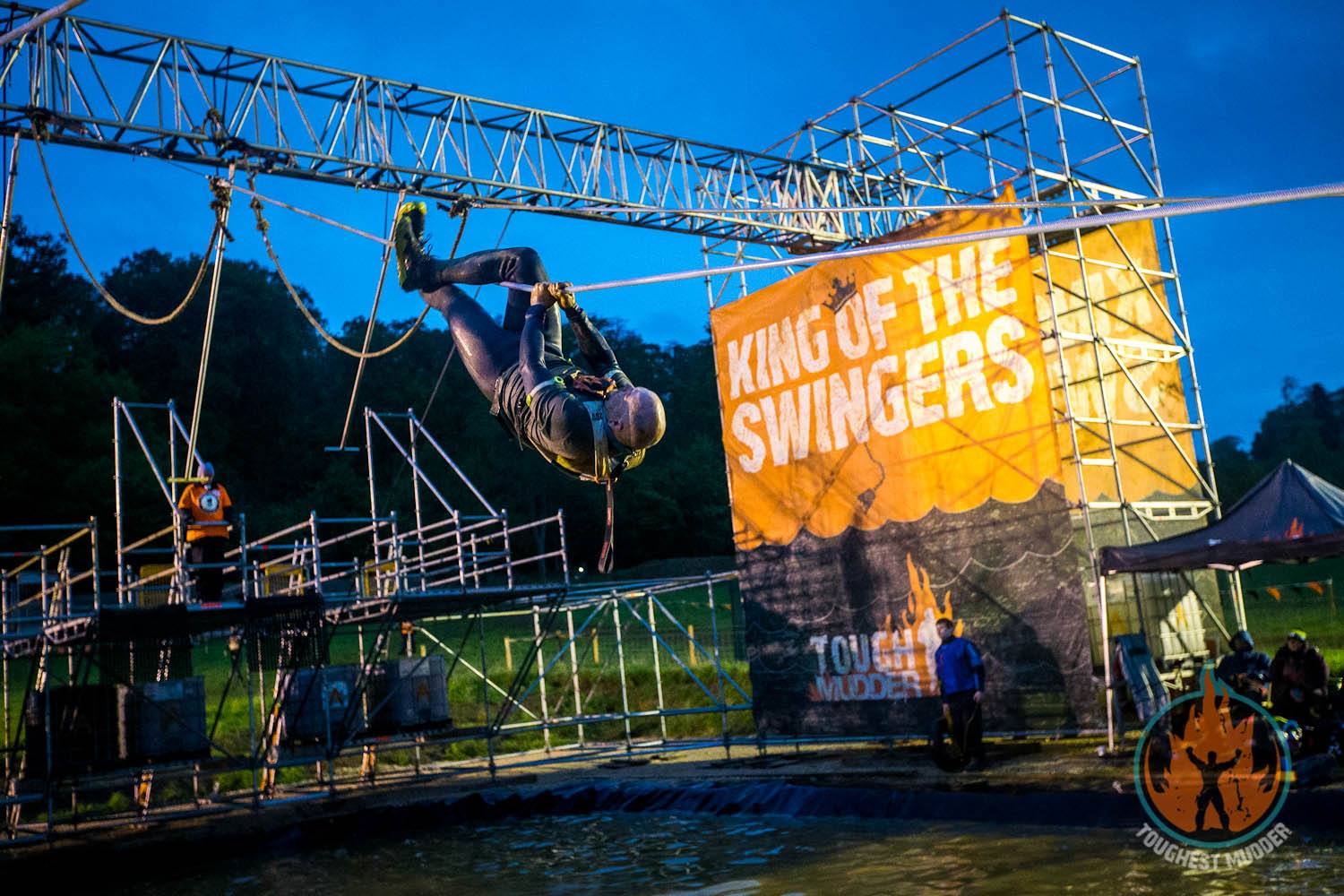 I’d forgotten what a surreal feeling it was to witness the sunrise whilst on course, it’s something that can instantly change your game even if you’ve hit rock bottom- everything seems just that little bit more achievable once daylight starts to surface and you get your second wind. By the morning it was noticeable that there were only a fraction of the runners who had started still out on the course. The tough terrain, cold weather and constant water submersions had claimed more people than I think even TMHQ expected! It was a lonely and what seemed like a never-ending final lap and one which I won’t forget in a hurry, I had completely reached my physical limit around 1 mile into lap 6 and quickly realised I needed sugar by the bucket load if I was to try and make it to the end. One runner was passing me as I wandered about in a daze and gave me a packet of caffeine shot blocks- the kindness of others during obstacle races and in particular, Tough Mudder races, never fails to amaze me. I plodded on with friends I had caught up with up ahead of me and attempted the final obstacle Kong, while others jumped straight down to the crashmat- I was partly over-confident that I had managed this on the lap before and it was a huge gamble to take knowing I had extremely limited time left on the clock to cross the finish line. In the end, the gamble cost me 6 official laps as I fell from the final ring on Kong, and was timed out 10 meters from the finish line… I have never been so devastated at the end of a race! All of the emotion and sheer exhaustion came to the surface at this point and my friend rescued me from the teary heap I was in and dragged me across that finish line- it was camaraderie at its finest (and I also felt like a Brownlee brother!). 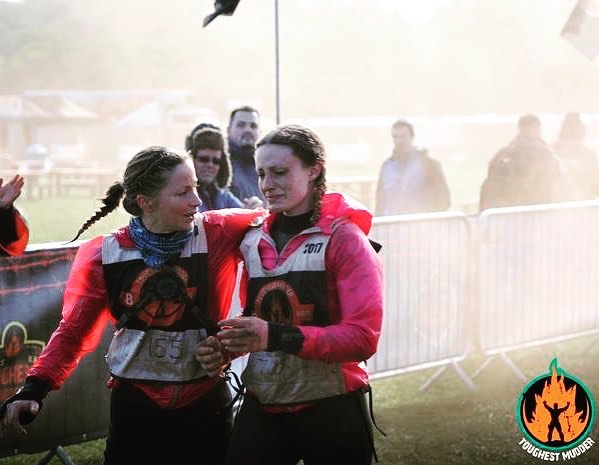 The buzz of the race and the incredible achievements by all on the day in the first race of its kind in the UK will definitely not be forgotten in a hurry! It was a surreal experience from start to finish and one which I think any serious competitor in obstacle racing or endurance running should take on. I for one will certainly be back on that line in 2018 eagerly awaiting what TMHQ has planned for us.

I am a 26 year old CA living in Edinburgh, Scotland and racing my heart out.. if it doesn't challenge you it won't change you!!

The American Ninja Warrior Experience - Fans and Competitors: Come One, Come All 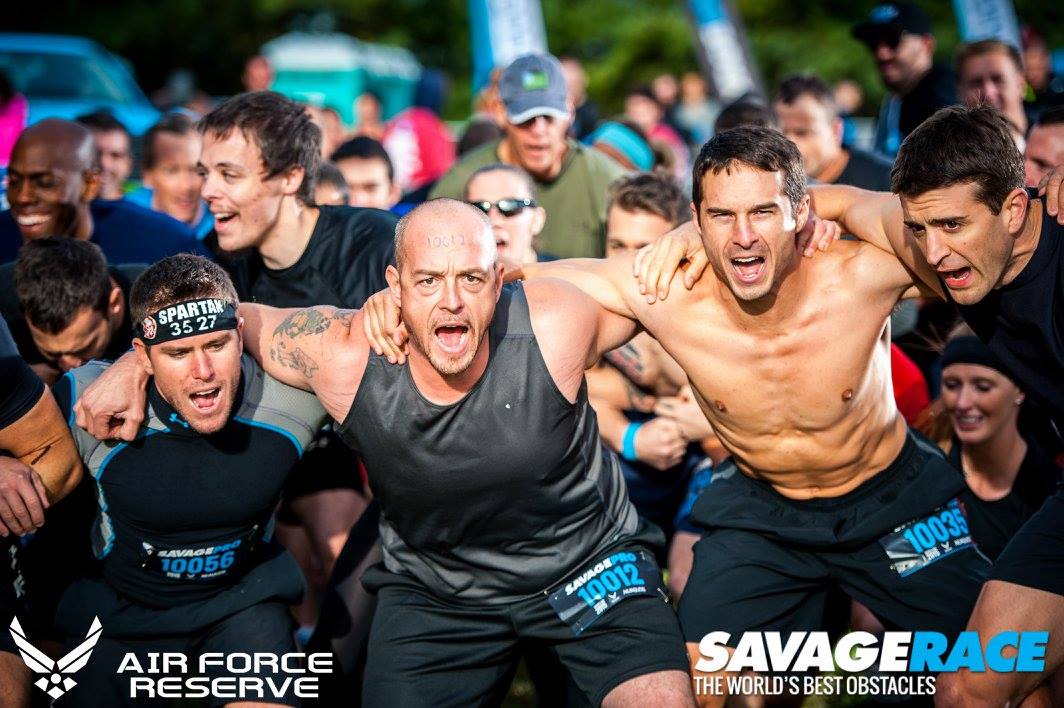 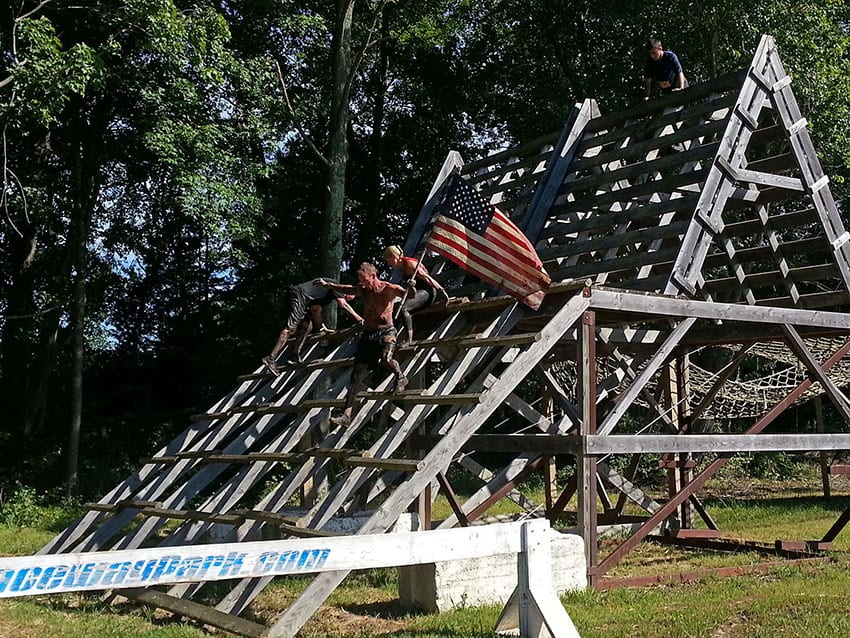 The Rock Solid Mud Run, though smaller than some of the better known obstacle course races, is one… 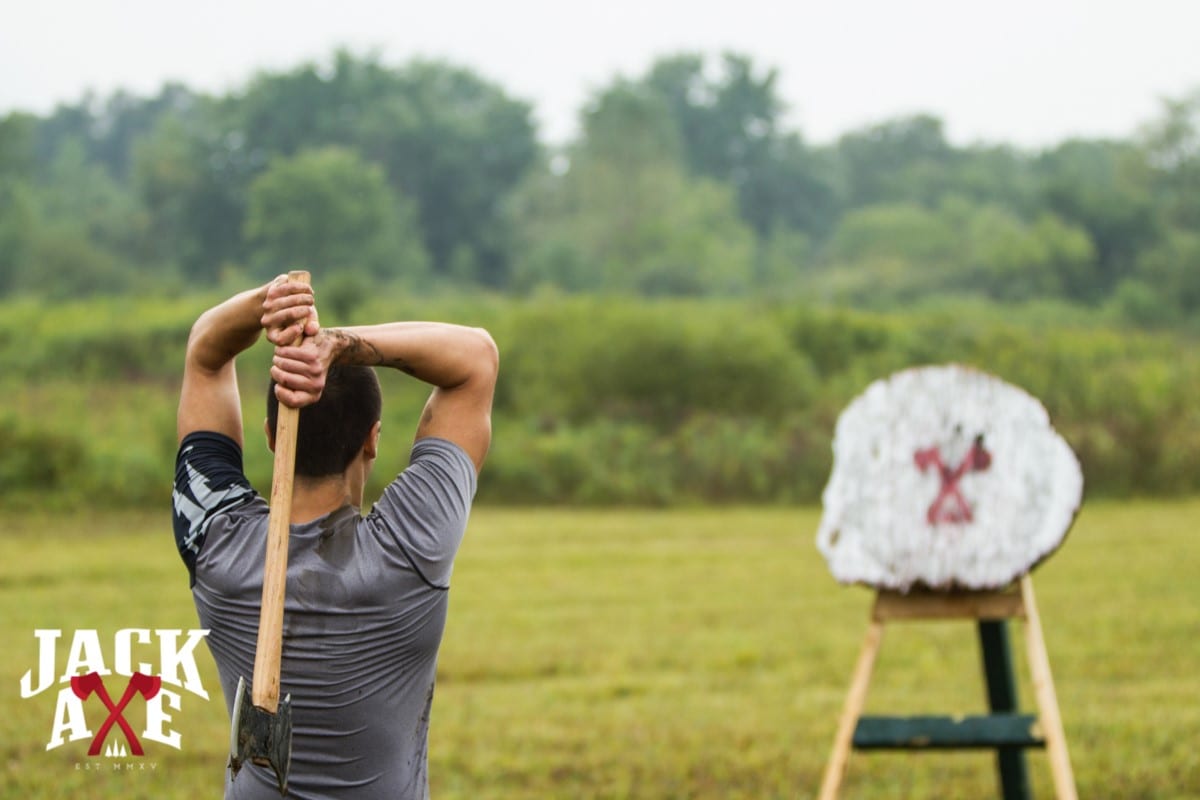