In the nearly frigid 6am October air, after warm waffles and new friends were made, we found our way to the Straddleline ORV park in McCleary, Washington. This was a new race for us; this was a new race for everyone. This time, unlike many of the races before it, the participants were not Spartans, or warriors, or toughies, or supernatural beings of any kind – we were simply mountaineers – about to embark on a quest to conquer the highest peaks from the seven continents, all in one single 7-mile race.

This being the inaugural race, it has apparently been an uphill battle just to get things off the ground. Faced with a lack of initial funding and a date push-back, we were curious to see if it was going to come to fruition for race creator Brian Dickinson. Indeed it did, and on that wet and chilly morning we started out on our 7 Summits Adventure Race.

Dickinson is an extreme athlete who has climbed on all 7 continents including a solo summit of Mount Everest. He created the 7SAR adventure series to elevate normal races to the next level by combining the adventures, diversity and culture of the seven summits (highest peaks of the 7 continents) and delivering them in a fun and exciting obstacle course race. Each mile is themed to represent a different continent leading up to the highest peak, Chomolungma, in each distinct part of the world. Competitors raced across multiple obstacles including Elbrus’ barbed-wire crawl, Carstensz’s Pyramid Zipline Flyover, and Everest’s Khumbu Ice Fall’s ladder. 7SAR also offers an optional 3-mile course. 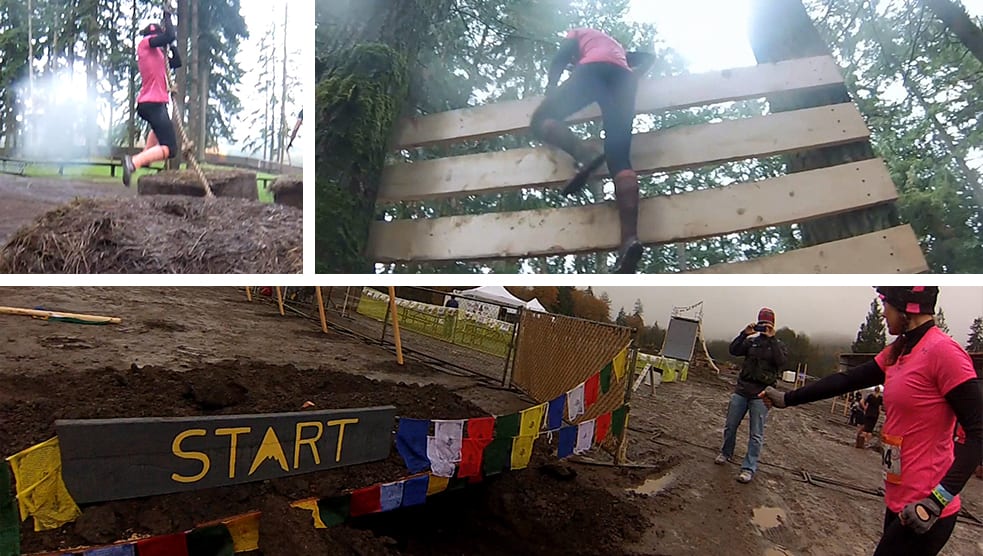 Overall, the race has potential but I was unfortunately underwhelmed. I really love the concept, but I don’t think they’ve peaked. (Pun intended.) I really wanted to see the theme applied more throughout the course obstacles, or at least made more apparent in some places. In the end, it wasn’t all that challenging, save for some standard steep wall climbs and a claustrophobia-inducing underwater passing. It was however, fairly fun and a proud victory when we collected our coveted ice axe medals after the steepest plunge I’ve seen to-date.

Race in review: What I liked

I want this race to come back. I want to do it next year, and see what they do with it. The theme is very original and I can imagine a whole world of possibilities given the right resources.

They had a great mascot. I very much enjoyed the sight of a giant-headed yeti manning the snow machine!

At first, I was a little disgruntled at the “African Eating Station”. We had to eat meal worms – yes, worms. But, after further consideration, I liked it. I liked the originality of it. Definitely haven’t had to complete that challenge at any other OCR!

I also enjoyed the other theme-specific obstacles where racers were performing skills that one would actually use while scaling a mountain – crossing ladders, zip lines, etc.

The venue had a really good mix of uphill, downhill, and flat running over varied terrain. There were even natural water elements, though they would have been much more enjoyable in the summer.

The fire pit at Base Camp. Thank you for the fire pit. If I had more time, I would have stayed and roasted some Smars!

Lastly, LOVED the gigantic water slide. I’m sure it absolutely didn’t seem as such to anyone who watched me go down, but it makes a great centerpiece to the track. Towering above Base Camp with a giant ice axe banner on the side, it is the perfect culmination to the adventure – the last big obstacle before finishing the race. Also, you have to finish the 7 mile course in order to earn the right to conquer Chomolungma and earn your ice axe medal! I spent a good two or three minutes sitting at the top of that slide, convincing myself to drop over the edge. But I was determined – it was just me and the slide, it was the only thing that stood between me and my axe. (And dry clothes) PS., Mr. Dickinson, you were right. It wasn’t so bad. In fact, I really did enjoy it.

What could be improved

It very much suffered from a lack of funding, vendors, and volunteers. Though, I imagine those are side effects of the rocky start, and being so new.

I feel like some of the obstacles lacked explanation. I would have loved to have had something tell me which summiting quest I was conquering – either on the website, in a piece of collateral at the race, a giant sign at basecamp, or on the course. There was one sign along the way that stated that Chomolungma was another cultures’ word for Mt. Everest. More of that! That was a fun fact and made the obstacle relevant to the theme.

Maybe I’m just partial to the physically challenging portion of these races, but it felt like there was far too much running between obstacles, making them feel scarce. Though, after reviewing race footage, it turned out that I just didn’t realize that I had, in-fact, done an obstacle. Many were not formidable enough for me to consider it an obstacle.

There were also a couple obstacles that seemed confusing, especially being unenforced and unmanned. Like a bear crawl for some-odd-amount of yards. There was no one there to enforce it so I imagine most racers skipped it. When we came to Sugar Cookie, we were thoroughly confused. We had no idea what to do with the sand-covered tarp on the ground. So, we danced in it. (OK, so that was mostly for the b-roll on the go-pros). We asked the next group of volunteers – we were supposed to roll in it. Maybe that would make sense if there was something telling us how that ties in to everything.

While all the brought-in obstacles seemed very well-built, some felt a bit problematic in the way they were designed and didn’t function the way I felt they should based on my previous OCR experiences. 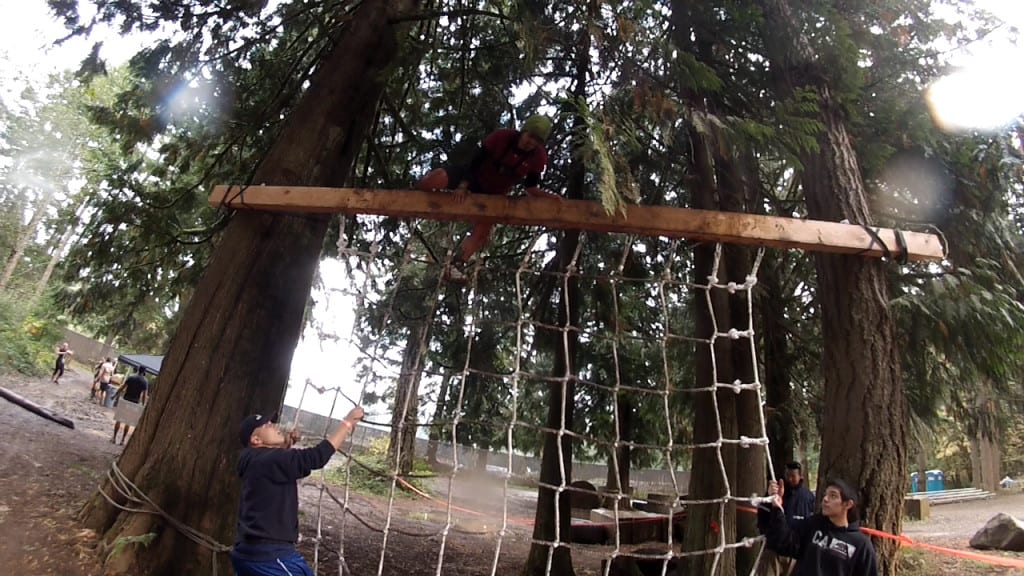 I really hate to be so critical of this race because I love what it could be, but I do want to give an accurate portrayal of how it went. Overall, I love the theme, the unique challenges, and the grand pinnacle Chomolungma to cap off the adventure. I want to see the theme more deeply ingrained and pulled out to make the challenges more relevant feeling. Lastly, if 7SAR wants to compete with other big-named OCR’s, especially if it continues to be un-timed, it needs more challenging challenges in order to be more than a fun-run.

I have a feeling that some of these things are not news to the directors and they already have grand plans for next year. I can tell by the four minutes I spent with the creator Brian Dickinson at the top of the last peak, that he has a lot of pride in his race and has put so much into it already that he’s only going to strive to make it better next year.

I look forward to trying 7SAR 2.0, next year when they’ve worked out the kinks, and perhaps in warmer weather. It’s scheduled for July 2014, and I fully intend to come back. 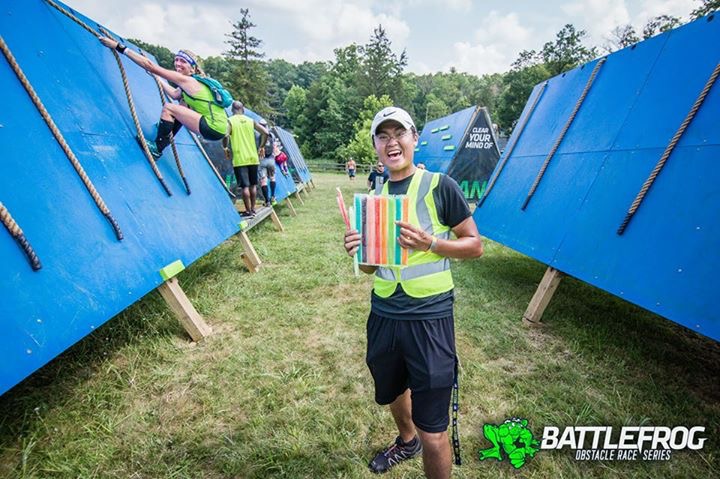 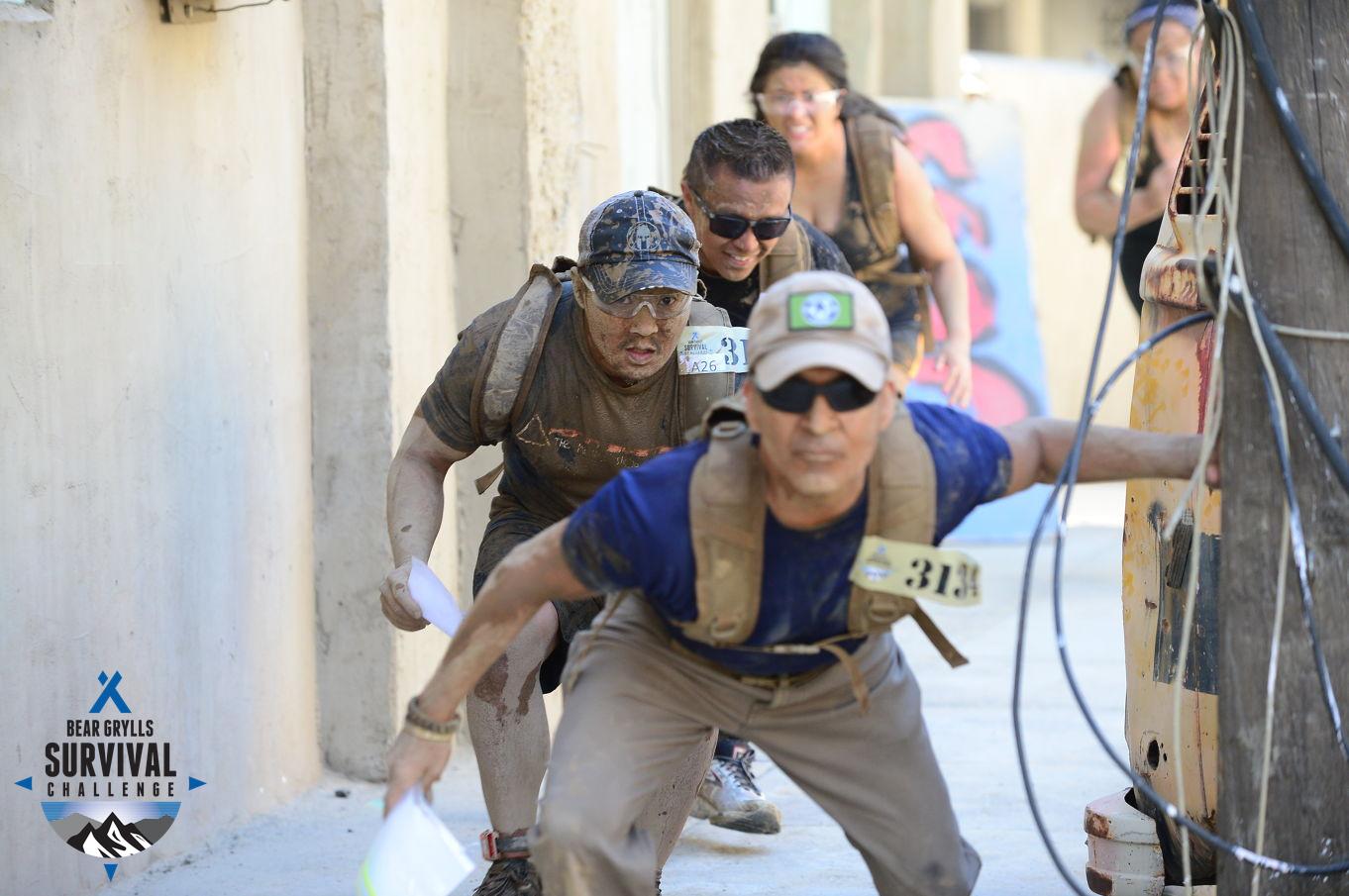 Bear Gryll’s Survival Challenge. Without a ton of specific information, this new OCR event was shrouded in a… 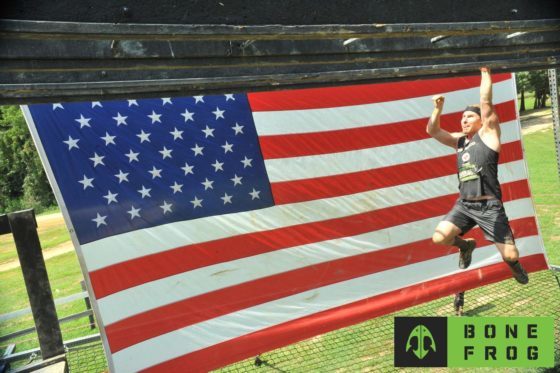 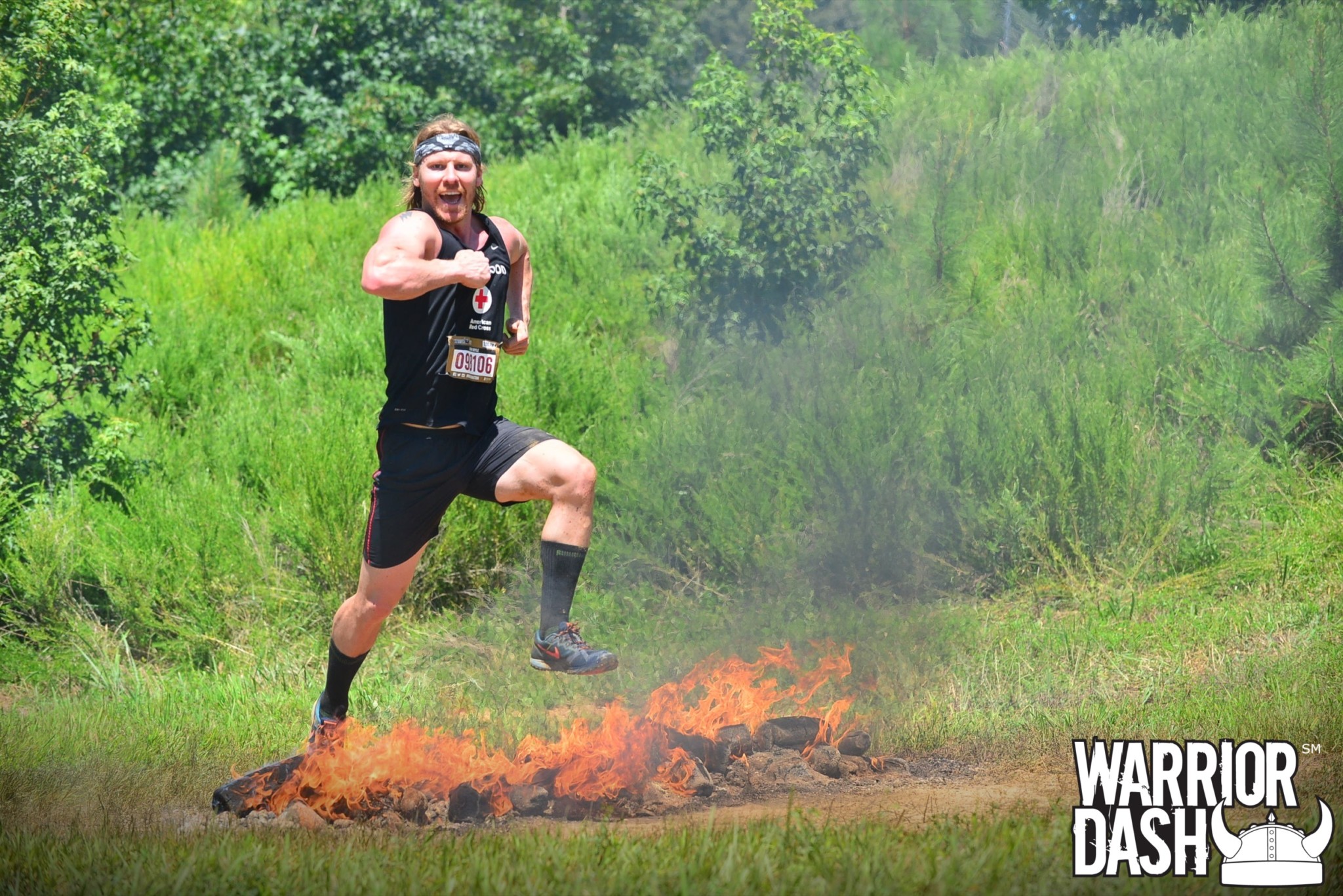 The Location I recently participated in Warrior Dash Maryland, which was a very fun and challenging experience. The…