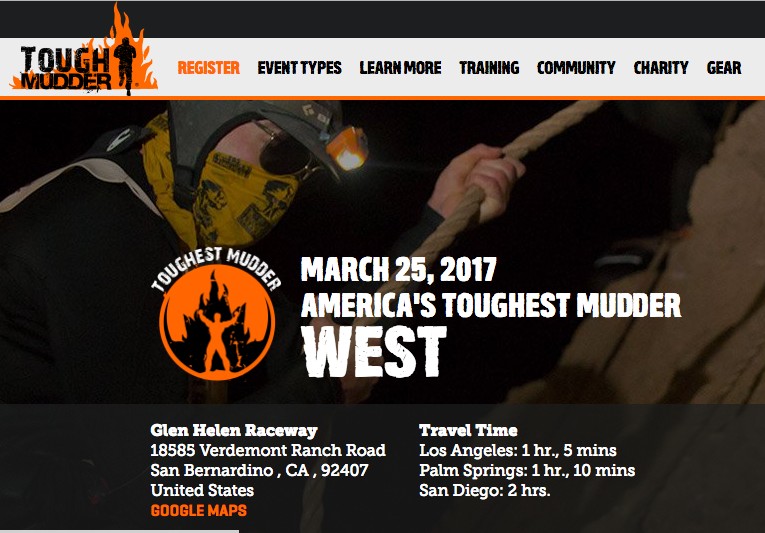 Ever since Tough Mudder announced it’s new Toughest Series, OCR fans have been dying to know where they will be held. This morning we find out.

As a refresher from the previous update, Toughest Mudders are 8 hour night Tough Mudder events where competitors run as many laps as possible. We learned today that these will be 5 mile, 13 ish obstacles loops. Also, CBS Sports will be televising and live streaming across various platforms.

You can compete with the best Mudders in the world for over $30,000 in prizes in the following cities in 2017.

Tough Mudder HQ clearly putting camaraderie first, almost begging you to “buddy up”. They are giving out more cash for the team category, as a team can be as few as 2 people. From the TM website, here are the cash and mileage awards: 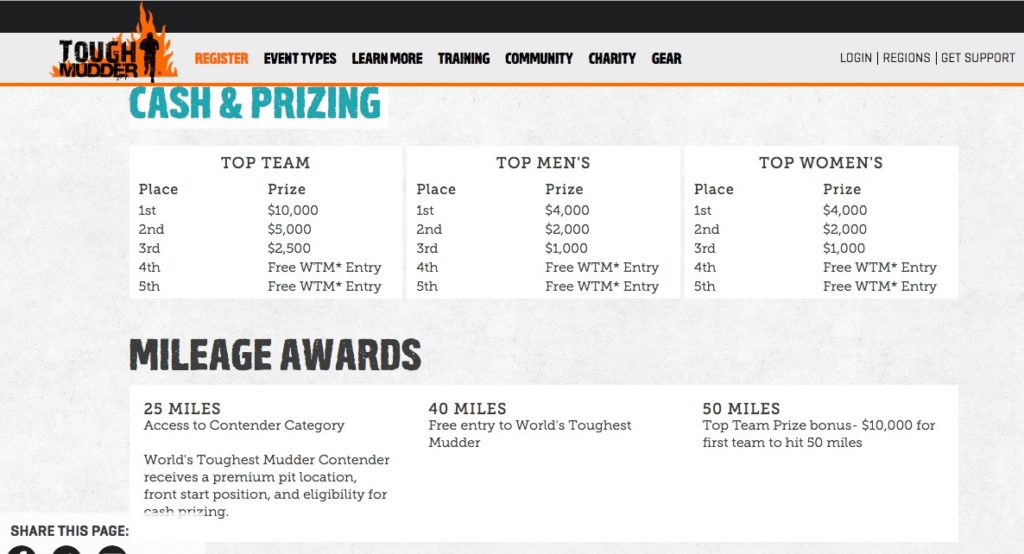 This means that you could participate in all 3 of the big TM events in a weekend for a “trifecta” of sorts. We have faith that TMHQ or the Tough Mudder community at large will have to come up with a better name though. Winky Face. 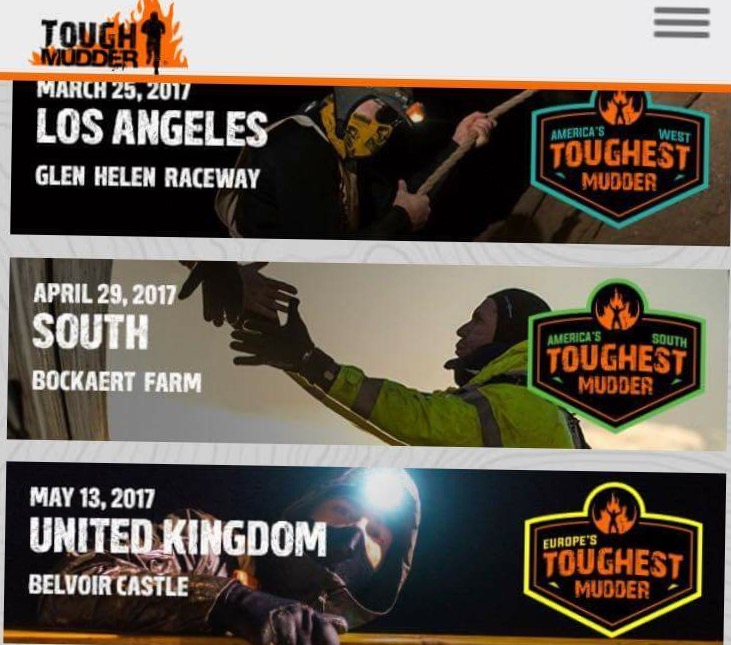 The Complete Press Release Can Be Seen Here:

Toughest Mudder is an eight-hour, overnight competitive race format designed for participants to truly find their limit and continue on the next step on their journey to be crowned champion at the World’s Toughest Mudder event, a grueling 24-hour endurance competition. Participants and teams will be ranked at Toughest Mudder, and more than $30,000 in prizes will be awarded to the top finishers.

Tough Mudder Half is a five-mile event featuring over a dozen signature obstacles. Designed to facilitate teamwork and require less training, the shorter-distance format does not include more extreme elements like ice and electricity that the full course is known for.

For more information on Tough Mudder, the new Toughest Mudder series, or to register for an event, visit ToughMudder.com. Join the conversation and follow Tough Mudder on Twitter at @ToughMudder and on Instagram @Tough_Mudder.

Founded in 2010 with the launch of the Tough Mudder event series of 10-12 mile obstacle courses, Tough Mudder Inc. has since grown to become a leading active lifestyle company. The brand includes Tough Mudder Half, an obstacle challenge bringing the thrills of Tough Mudder to a 5-mile course; Mudderella, an obstacle course series created by women for women; Fruit Shoot Mini Mudder, a custom event for children ages 7-12; Toughest Mudder Series, the eight-hour, overnight competition series; World’s Toughest Mudder, a grueling 24-hour endurance competition; and an extremely vibrant engaging social and digital destination for leading fitness, nutrition and wellness content delivered across multiple platforms. The Tough Mudder family of brands and online community is united by a commitment to promoting courage, personal accomplishment and teamwork through unconventional, life-changing experiences. With more than 2.5 million participants to date, Tough Mudder Inc. will produce more than 120 events worldwide in 2016 across five continents, including Asia through its partnerships with Seroja and IMG. More than 20 of the world’s leading brands are sponsorship and content distribution partners, including Merrell, Old Spice, Shock Top, Cellucor, Volvic, Jeep, Britvic, L’il Critters, US Army, Virgin Active, Olympus, Bosch, Live Stream, The CW and CBS. To join the conversation, follow Tough Mudder on Facebook at facebook.com/toughmudder, on Twitter @ToughMudder, and on Instagram @Tough_Mudder.

Known as one of the most extreme endurance events in the world, the World’s Toughest Mudder event, presented by Cellucor, is the only competitive event that Tough Mudder, Inc. hosts in 2016. Competitors are eligible to win a total of more than $170,000 in prizing, including a grand prize of $100,000 for teams that complete at least 100 miles together. Like all Tough Mudder events, World’s Toughest Mudder encourages Mudders to work together, help one another overcome obstacles and push past their physical and mental boundaries. While competitive in nature, World’s Toughest Mudder is about finding one’s personal limits and putting teamwork to the test, and hundreds of participants take part in the event as a team. The course is a grueling, five-mile loop featuring diverse desert terrain, steep hills, mud pits and more. Prizes are awarded to participants who complete the most miles within 24 hours, and the team of two or more that completes 100 miles together wins $100,000. Competitors take on 20-25 of Tough Mudder’s most challenging obstacles including The Cliff, Human Operation, and Gut Buster, in this 24-hour, timed event to be deemed the toughest man, woman and team on the planet. 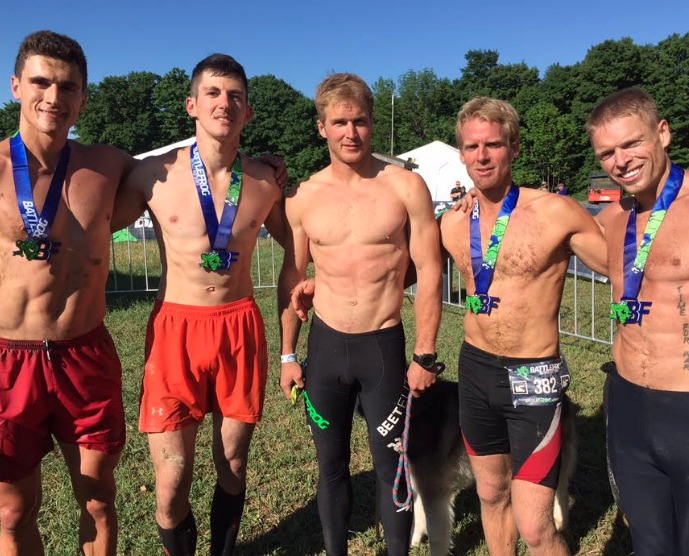 It was announced in September of last year that Ryan Atkins, along with BattleFrog Pro Team member Marco… 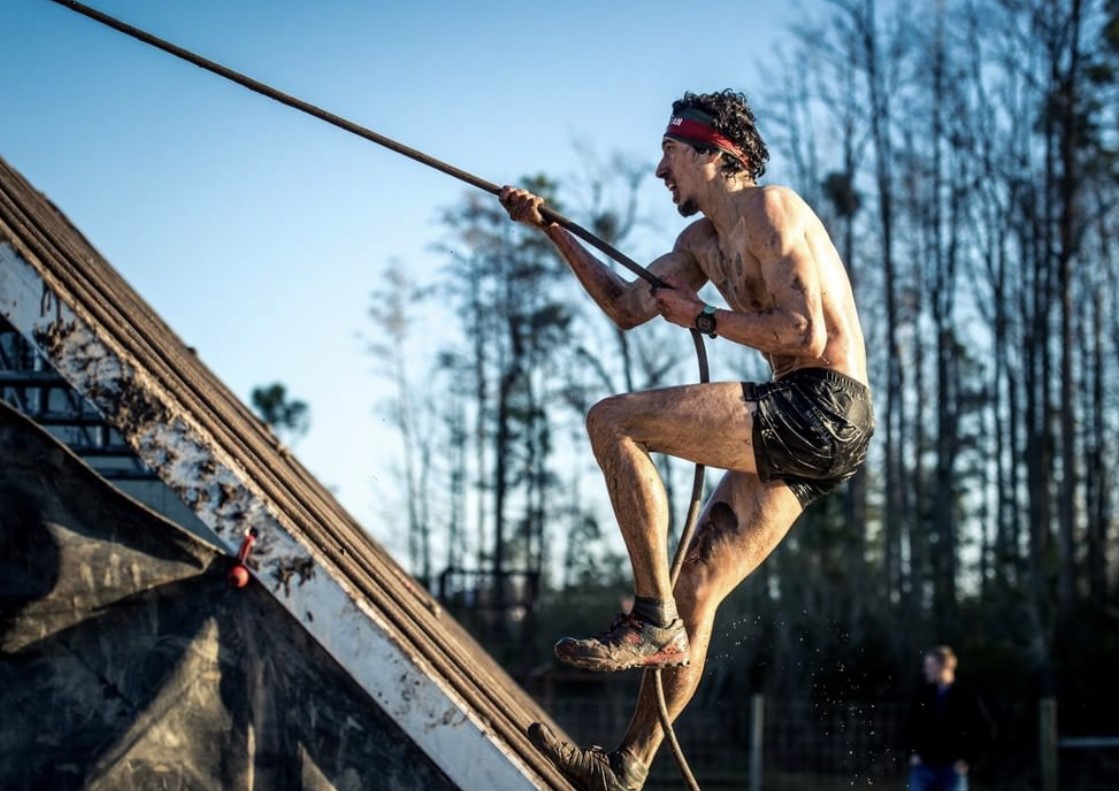 If you were expecting to see a big upset on the podium in the first Spartan U.S. National… 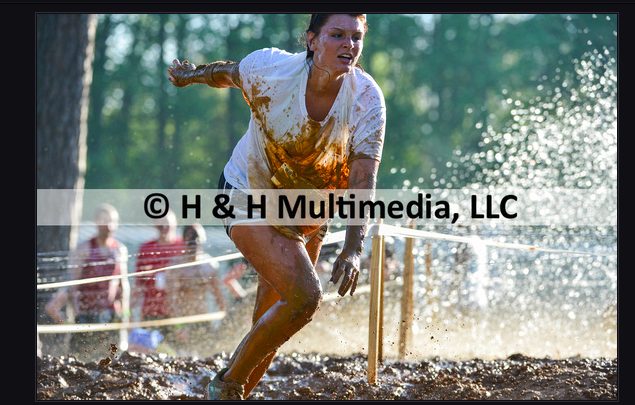 ORM begins a series of informative and helpful articles for new OCR directors.  Top 5 Ways To Make The…