Well it was only a matter of time before Tough Mudder would create a show about it’s events, for the TV audience. I mean Spartan Race and BattleFrog have done it. But unlike Spartan Races which are on NBC or BattleFrog Races on ESPN, they are going about it very differently. Yes, TM did launch 3 shows around the World’s Toughest Mudder last year, but this is their first show to focus on the “standard” Tough Mudder.

The first 4 episodes are not actually on TV, but like many shows in this new digital era, are instead presented as a series of 5 episodes or shorts, each about 6 – 7 minutes long, on the CW Seed site. CW Seed is the CW’s digital home for many of your favorite CW shows as well as original content such as the Tough Mudder shorts.

Currently there are 4 episodes available on the site, the 5th episode will be available on 02/13.  There will be a “final” episode that will air on the CW Channel on February 14th at 8pm ET/7pm CT. But lets look at the first 4 shorts…

Each of the shorts begin with Tough Mudder Emcee, Sean Corvelle, talking about what TM is and what it is not. Now if you have ever done a TM in which Sean is the Emcee, you know he brings a high level of energy to the event. In Episode 1: Overcoming Obstacles, we are introduced to Johnny Hartnett, head of construction for TM. Together Sean and Johnny go over a few of the obstacles that TM is known for. We see the Pyramid Scheme, an obstacle that requires a team effort for the racers to complete. We have the Arctic Enema, basically a dumpster full of ice and a fave of many TM racers. Add some cold weather to the mix and it makes this obstacle challenging for many folks. And we finish with the Frequent Flyers obstacle, an obstacle that seems to instill fear for some and a strong sense of accomplishment for others, especially if you ring the bell.

But the real purpose of the episode is to introduce you to the three featured racers; each being highlighted in the upcoming shorts. We are introduced to Bobby, a 50 year old man from NJ who is suffering from the effects of MS -Multiple Sclerosis. Mirna, a teacher from Rabun Gap, GA who does not allow her weight to hold her back. And Denise, an Iraqi war veteran from New Hampshire suffering from PTSD.

As I mentioned, each episode is only about 6 – 7 minutes long. So after the opening sequence, we have about 5-6 minutes to learn more about the features racers. Just enough to allow us to understand what motivates each of them and the personal obstacles they have endured getting to where they are today. In Episode 2: Mud Brothers, we are introduced to 3 brothers from Freehold, NJ as they get ready to do their 10th Tough Mudder; Bobby, who we were introduced to in episode 1, and his brothers Brandt and Jimmy. Bobby suffers from MS and we learn how as brothers they have always been there for each other and how this is so important in their TM experiences. We see Bobby struggle with a test with his physical therapist and how MS is affecting him now and how it will in the future. What transcends from this episode is one of the basic foundations of TM: Camaraderie. You will need the support of your team, and if you are a solo racer, other racers, in order to overcome many of the obstacles, such as the Pyramid Scheme shown in episode 1. In episode 3: Fat Girl Running, we meet Mirna Valerio from Rabun Gap, GA. A health scare is what prompted her to start running and doing OCR’s. She started with 5k’s and then 10k’s and eventually got to running marathons, completing a number of them. She then transitioned over to doing Tough Mudders. This is a very familiar story for many OCR racers, such as myself. A desire to get your health under control has been the motivation for many. In 2011 she started a web blog called Fat Girl Running. Here she provides inspiration and motivation to many people who felt that their size was a hindrance to them running and doing OCR’s. The message that I came away with after watching this episode; “Size does not define you and your ability to accomplish things in life.” And finally in Episode 4: Invisible Wounds, we learn more about Denise, a Iraqi war veteran from Manchester, New Hampshire who suffers from PTSD, Post-Traumatic Stress Disorder. We start this episode with Denise speaking to her therapist about how she has not done an OCR in almost 18 month. She mentions that she prefers to be alone but feels happy in the mud. When she left for Iraq shortly after 9/11, she had a 6 month daughter and after returning 18 months later (one of the longest deployments for a Reserve unit) she had to rebuild her relationship with her daughter, who was now 2. She suffered injuries in a tank accident, once that she does not really remember except for recalling the sounds of the event. We see her dealing with the anxiety of dealing with public situations. Again, as we see her talking to a teammate Scott, it is the camaraderie that she feels during the TM that helps to motivate her. She hopes that the upcoming event will bring a bit closer to overcoming her anxiety.

So there you have it. This series of short episodes is a welcome change from the Spartan Race and BattleFrog TV shows. While those shows seem to focus more on the elite or professional racers, the Tough Mudder show introduces us to everyday men and women overcoming the challenges that life has placed before them. It is something that the journeyman racer can relate to and this helps the viewer to form a bond with them.

Episode 5 will be up on February 13th so look for my recap then.

You can also watch the CW seed on Apple TV, Roku or your smartphone using the CW Seed app. 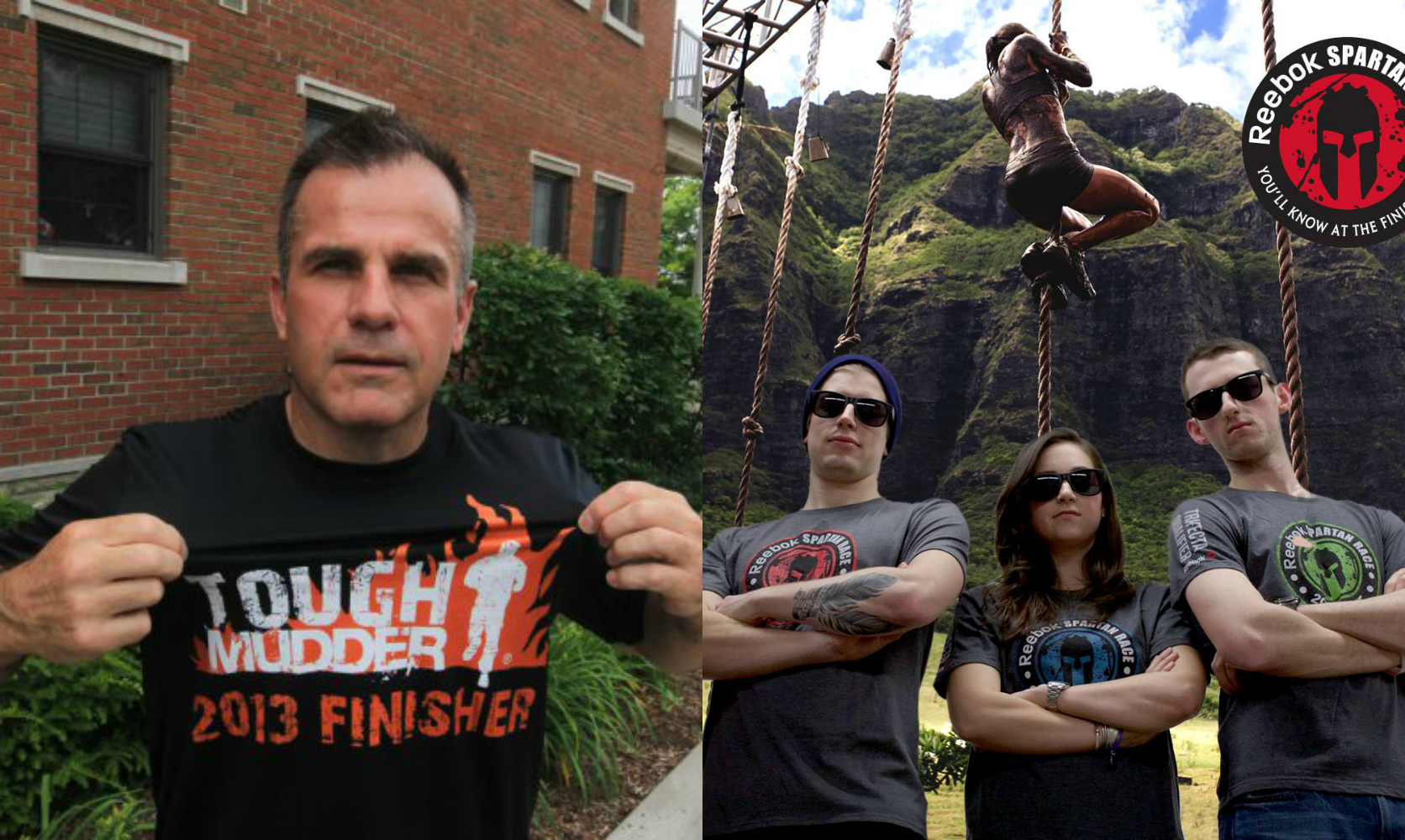 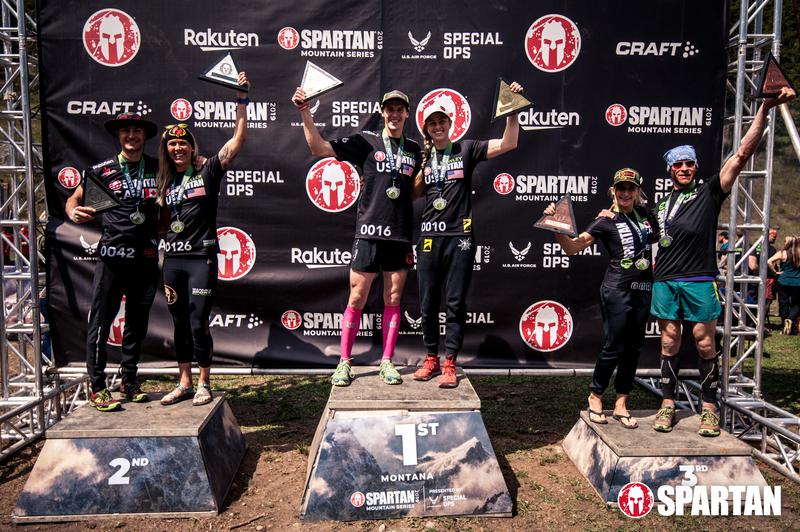 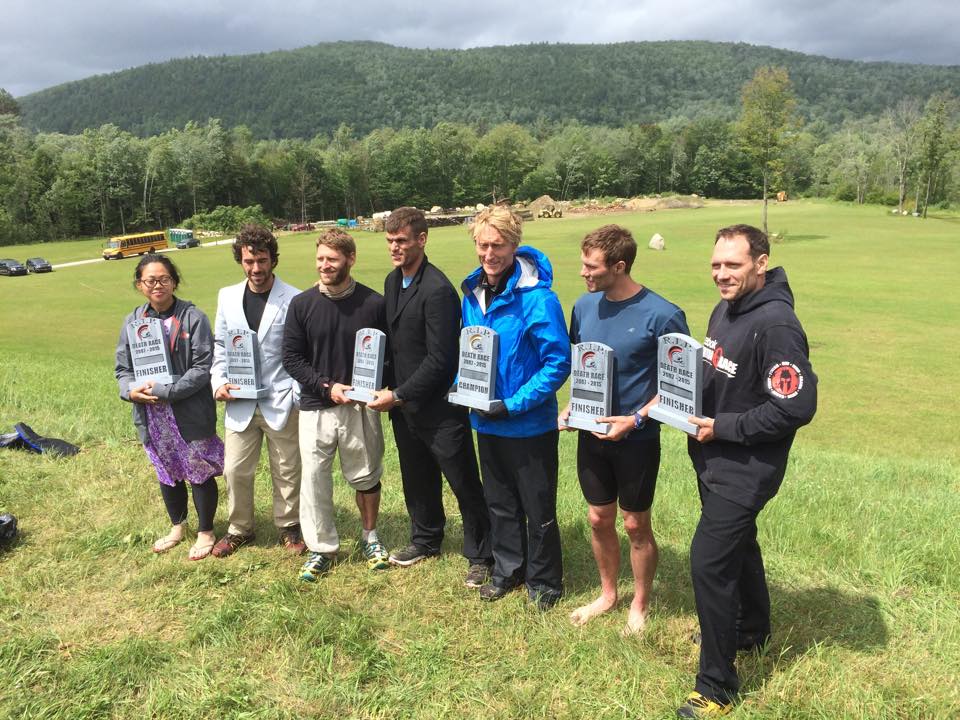 We can’t possibly give you an exact play by play of everything that has happened since Friday 2am.…