Ok boys and girls.. What do you get when you cross American Ninja Warriors with the Olympics? You get The Ultimate Beastmaster, a new show available only on Netflix. Premiering on February 24th, this show came across my radar so I decided to see what it was all about and share my findings with you all. One of the first things I noticed was that Sylvester Stallone is the executive producer of the show. Hmm, why does this not give me confidence?

Basically we have contestants from 6 countries, Brazil, Germany, Japan, Mexico. South Korea and The United States. But wait, there’s more.. the show has 6, count’em 6, county-specific versions, each with their own hosts. So not only do we as the US audience have the US hosts, Terry Crews and Charissa Thompson, but we snippets of the host from the other 5 countries, Anderson Silva and Rafinha Bastos (Brazil); Seo Kyung Suk and Park Kyeong Rim (South Korea); Ines Sainz and Luis Ernesto Franco (Mexico); Hans Sarpei and Luke Mockridge (Germany); and Sayaka Akimoto and Yuji Kondo (Japan.) 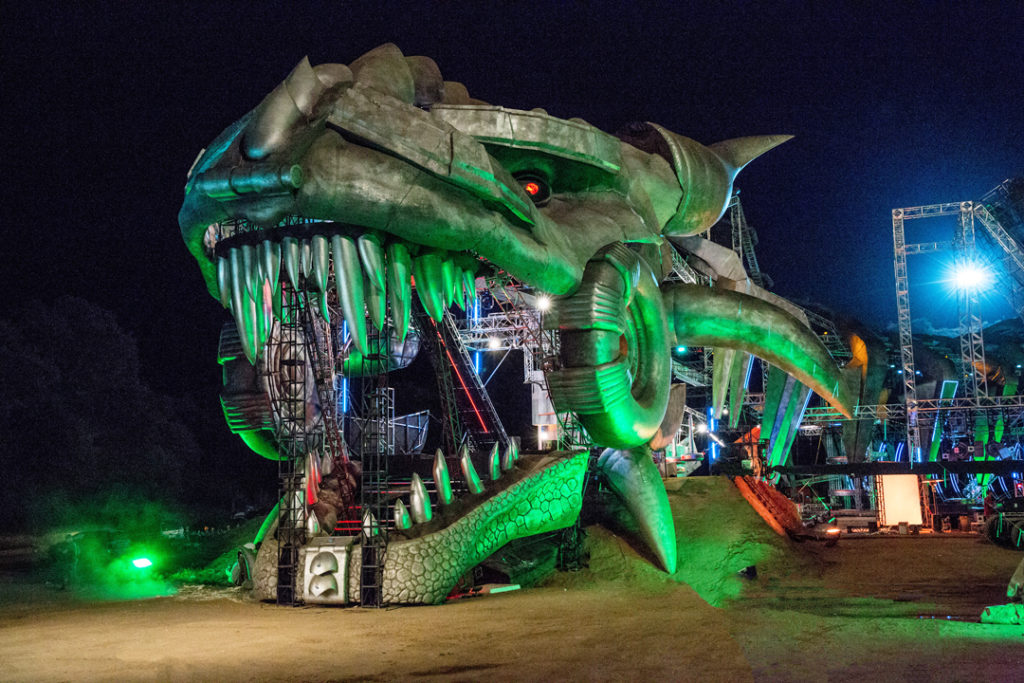 There are 4 levels of the course within the “Beast.” And yes, the course from the outside looks like a giant chinese mechanized dragon. The contestants move thorough the levels by finishing among the top at each level. Level 1 starts with 12 contestants (2 per country) and the top 8 finishers move onto Level 2. The top 5 contestants from level 2 move onto level 3, also known as the Energy Pyramid. And the top 2 contestants from that level move onto the final level 4, known as the The Power Source. With all scores wiped out at this level, the person that scores the most points during this level wins the title of Beastmaster.

The Beastmaster’s from each episode meet in the season finale in the hopes of becoming “The Ultimate Beastmaster.”

The athletes come from various sports; triathletes, rock climbers, gymnast, military, an NFL player, parkour athletes, who I would think would excel on this type of course, crossfit instructors, Olympic swimmer Ed Moses from the 2000 Summer Olympics where he won a gold and silver medal (and at the age of 35, one of the oldest contestants on the show), and yes, even an Obstacle Course Racer, Shaun Provost, seen in episode 1. 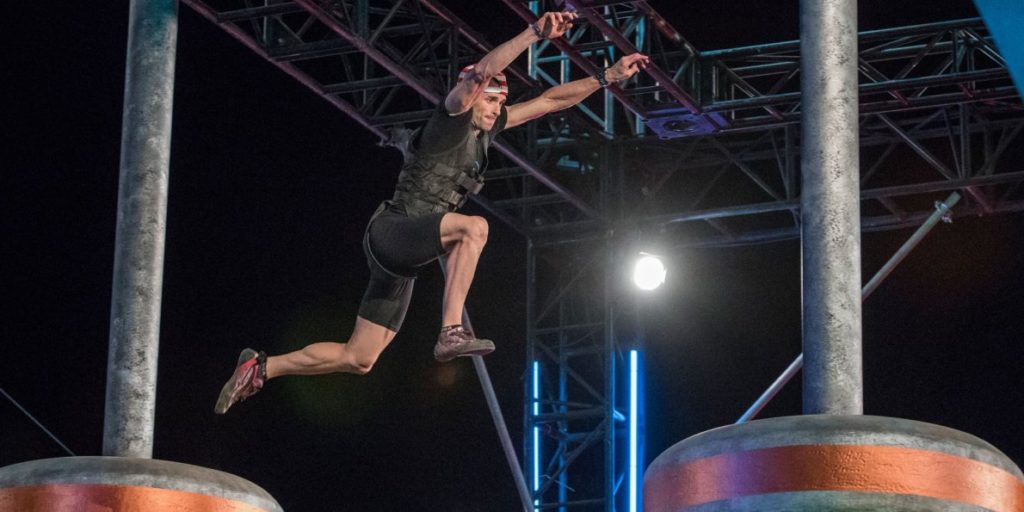 The first thing I DID NOT like about the show is the fact they they released all 10 episodes at one time. Really Netflix, while that may be good for shows such as Daredevil and Luke Cage, it does not seem like a smart move to give viewers the ability to skip all 9 episodes and get right to the season finale.

I have never been a fan of the American Ninja Warrior shows, finding them a bit too cheesy for me. But the Ultimate Beastmaster is cheesier than the Hickory Farms kiosk at the mall during Christmas. The host do nothing for the show other than to act as glorified national cheerleaders. And having 6 different hosts teams (yes, we see all 6 of the county host teams at various times throughout the show) just added to it. And to have the water colored red and called “beast blood.” Seriously! 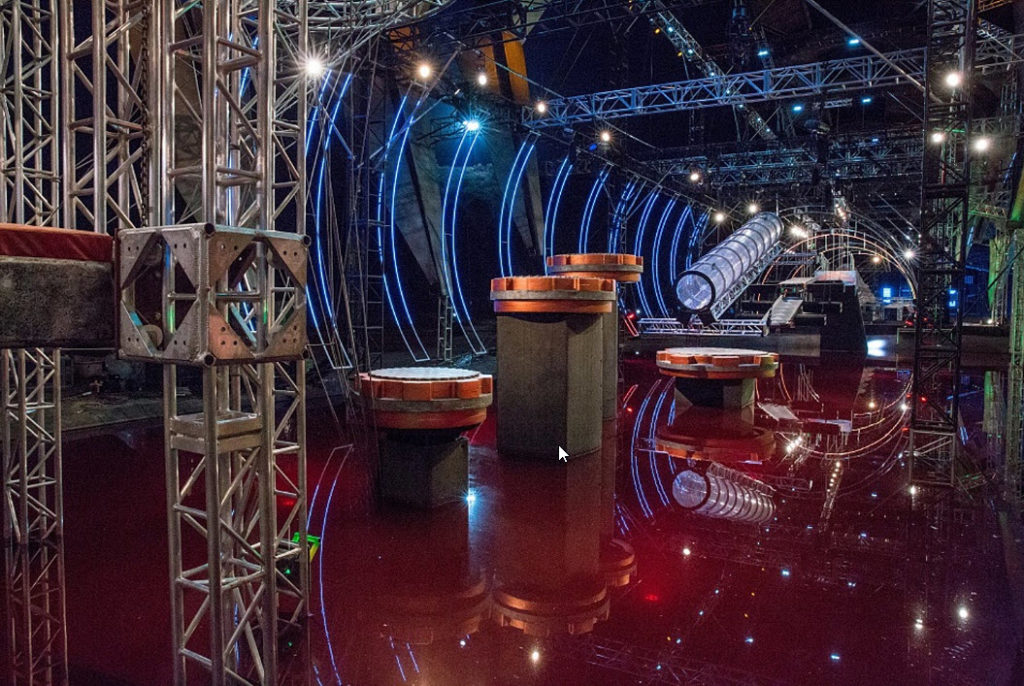 Another thing that irked me was that during some of the shows, some of the contestants who started later in the flow of  the 1st level knew they had enough points to advance so they purposely failed an obstacle. While this may seem like a strategy for keeping healthy for the other levels, I felt like as an audience member I was being cheated in some way. I mean just imagine if an Olympic runner started to walk during a race because he know that the other contestants had fallen down and gotten hurt and he/she they did not have to push themselves.

But there were some things I did like; the design of the obstacles themselves; challenging at first and getting progressively harder at each level. And a contestant could get “Point Thrusters” along the course, each worth 10 additional point, so this could add to their point lead which came in handy if they failed the last obstacle on each level. One of my fav obstacles in the show was the “Mag Wall.” Basically a climbing wall, but some of the holds are attached magnetically and subject to “falling” off the wall, thus dropping the contestant or making it harder for the contestant to complete the wall. Another fav of mine is the “Prism Strike” on level 3. Here the competitors must hold onto the rope handle as it swings through a curved track. And if they are good enough, they can snag some points at the Point Thruster along the track. 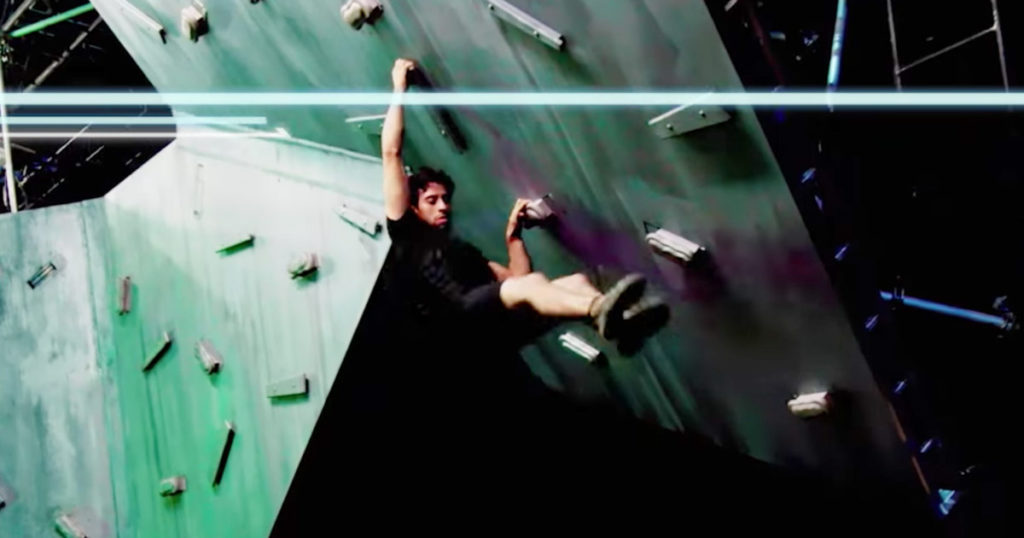 Was the show worth watching all 10 episodes? NO! I felt that I wasted the first 9 hours I spent watching the show leading up to the final. You really do not form a relationship with any of the contestants while watching the show. And despite my earlier comment about Netflix making all 10 episodes available at once, if you are interested in the show, watch episode 10; you see all the obstacles and only have to endure it for 60 minutes.

If you are a Netflix member, you can watch the show here.

All images courtesy of Netflix.