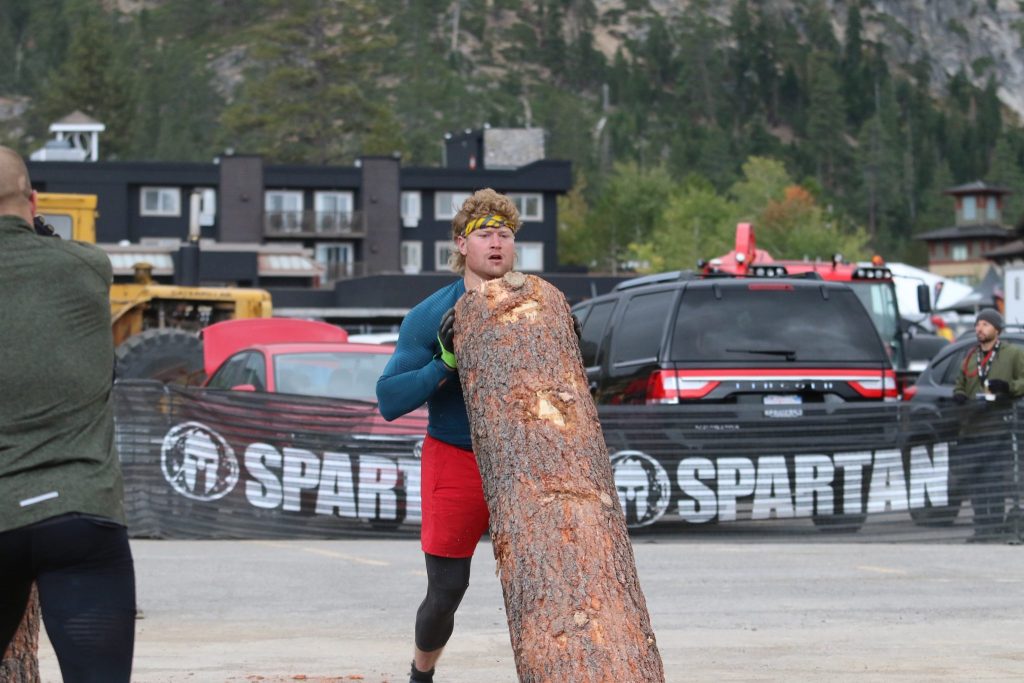 Today, the first ever OCR/Crossfit FaceOff took place in Squaw Valley, CA, where the Spartan Race World Championships are taking place. The idea was to have 4 OCR based athletes compete against 4 Crossfit athletes over the course of the day to determine individual and team winners. Check out our article from earlier this week which discussed the inception in more detail.

The first event of the day was the 13 mile, 30 obstacle Spartan Beast course. The Crossfit athletes left at 7:00am and the OCR athletes left 30 minutes later. All runners would be chip timed but there were points to be gained or lost by catching/being caught. 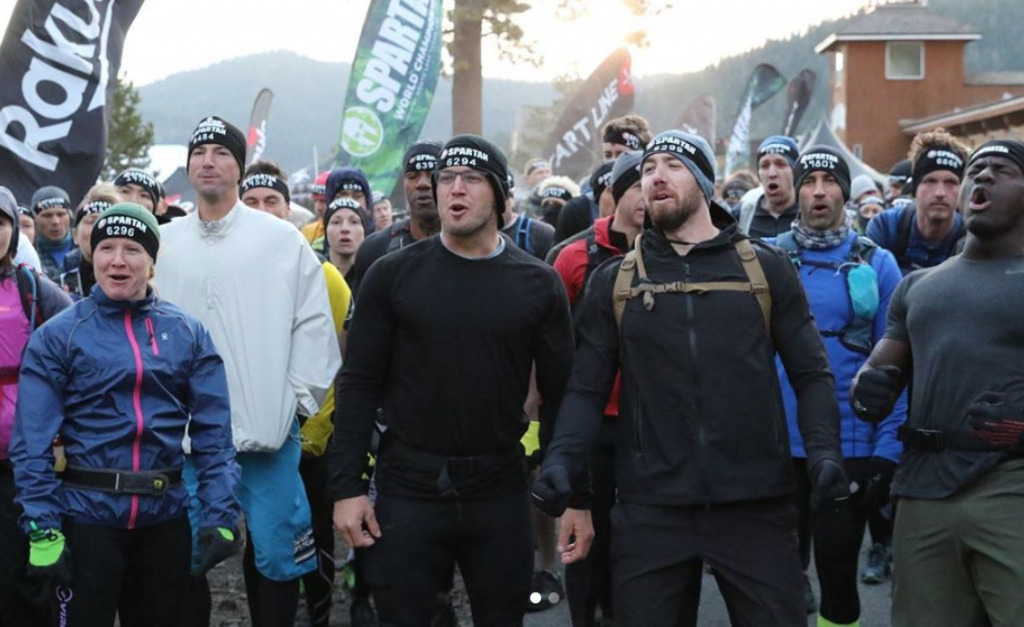 There were no surprises in this event as the OCR athletes made a clean sweep. Matt Kempson came in first, followed by Hunter and Isaiah. Jacob Heppner, Sean Sweeney, and Chandler Smith. All 3 OCR men caught and passed all 3 CrossFit men. Corinna Coffin was faster than Emma Chapman but was not able to catch Emma on the course.

Jacob Heppner posted on his IG shortly after the race “All I remember was I couldn’t breathe, swam in 40 degree water, didn’t fail a single obstacle, met some cool folks. And now I have the worse Fran cough of my life”

I asked Chandler Smith before the WODs began, if the Spartan Beast met his expectations. “It wasn’t as ridiculous as I thought since I have run some half marathons. But I failed 6 obstacles (which require 30 burpees per failed obstacle) so I have already done a lot of fitness today. 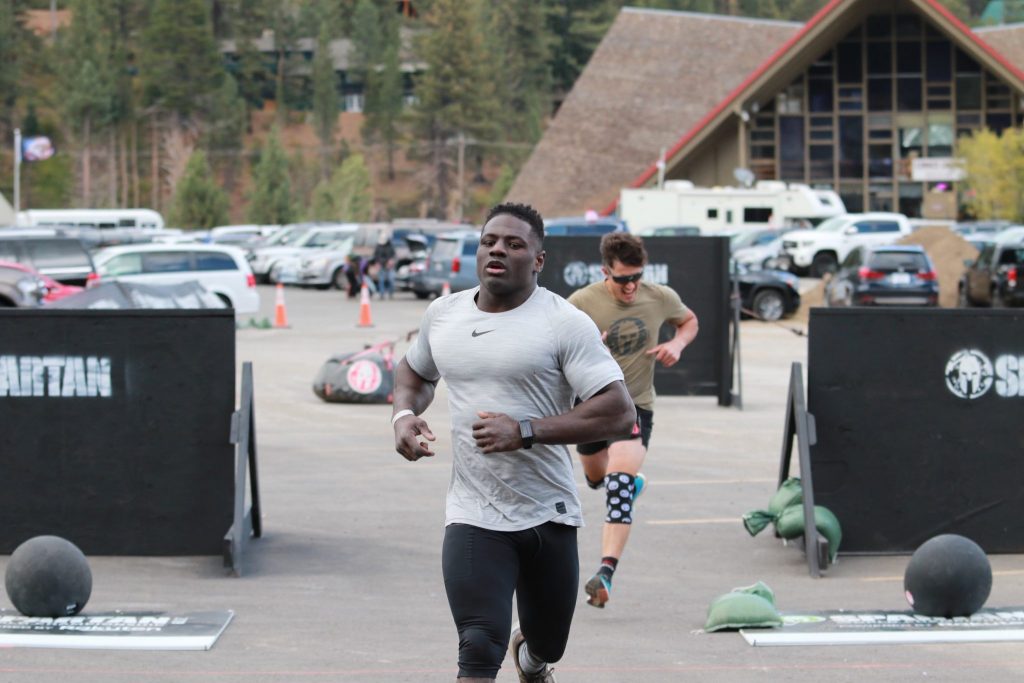 The first afternoon afternoon event was a WOD called “Throw Down”, which was 4 Rounds of the following:

The order of finishers was Hunter, Sweeney, Heppner, Vidal, Smith, Kempson for the men and Corinna over Emma for the women. Some additional video coverage of this workout can be found here, and here.

Isaiah was the winner of this event. Hunter finished in 2nd with Sweeney in 3rd and Matt Kempson hot on his heels. Chandler Smith did not finish this event as the temperatures were dropping and he was having issues with his hands.  Corinna beat Emma in this event as well. 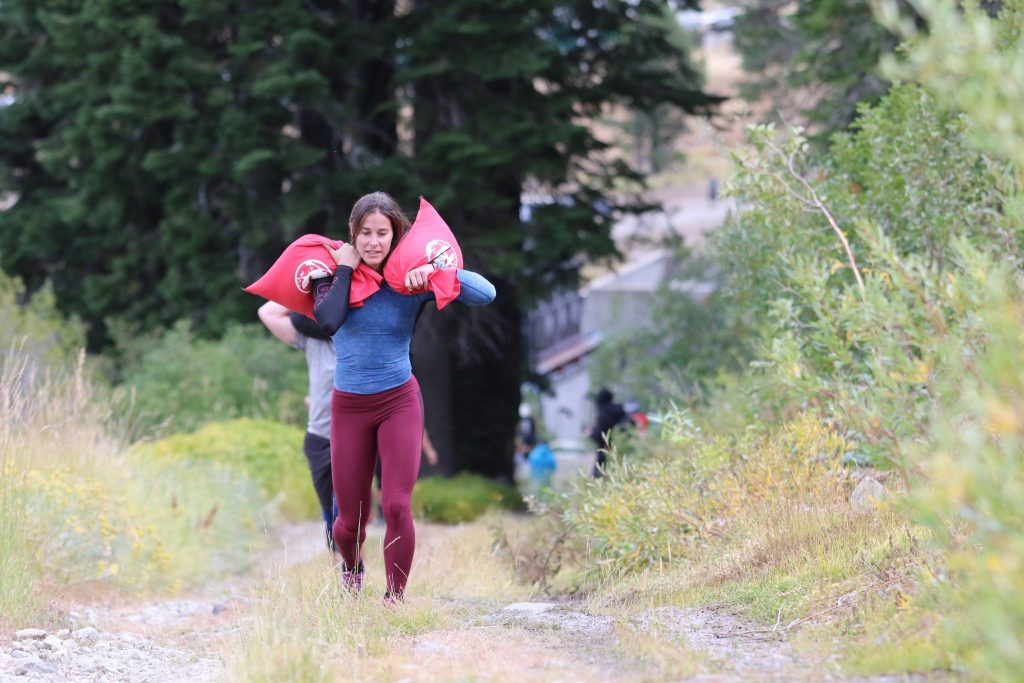 The 3rd WOD was titled “The Lumberjack” which was a 400 meter run on a TruForm treadmill, followed by max log flips (4oolb/280lb) in a 6 minute workout. Deadlifts were originally scheduled, but were swapped out because of anticipated rain. 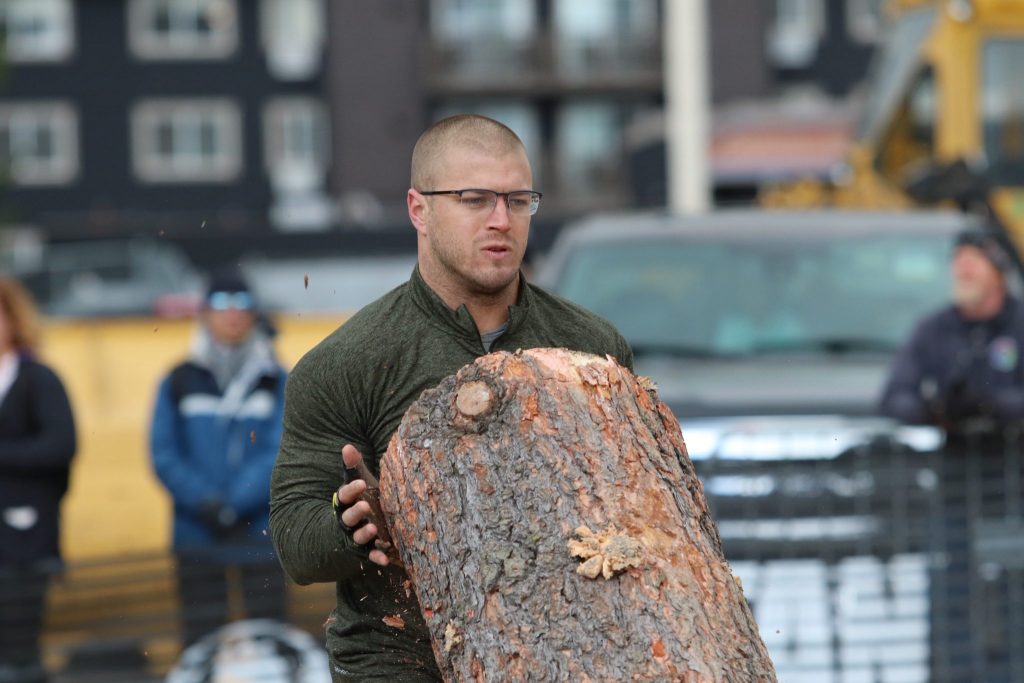 The WODs were originally planned for a 4:00pm start but were moved to 1:00pm to attempt to get ahead of the weather. Unfortunately, organizers were forced to make the call to cancel a 4th WOD as lightning and snow moved in.

*All photos provided by Anthony Yepez

Spartan Race is partnering with 1 Hotel in South Beach to open the first ever Spartan Gym. Since… 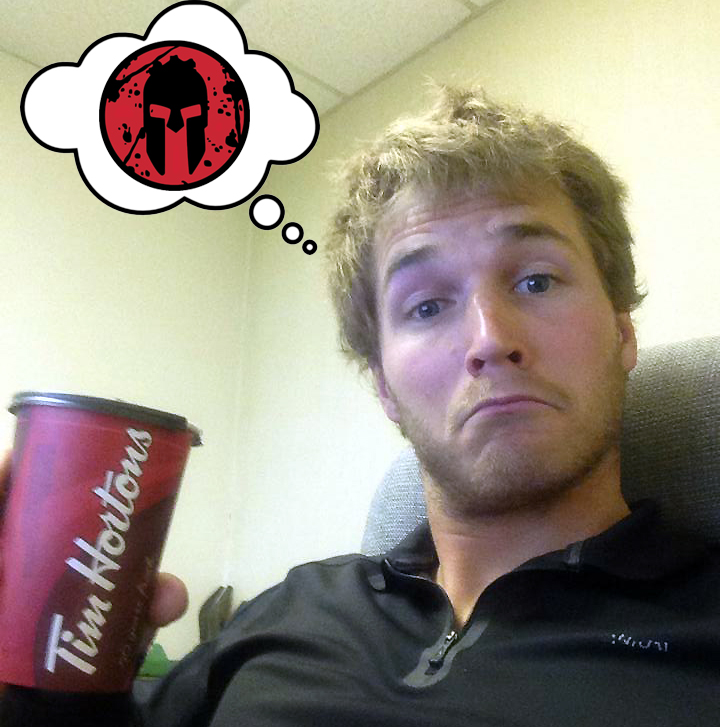 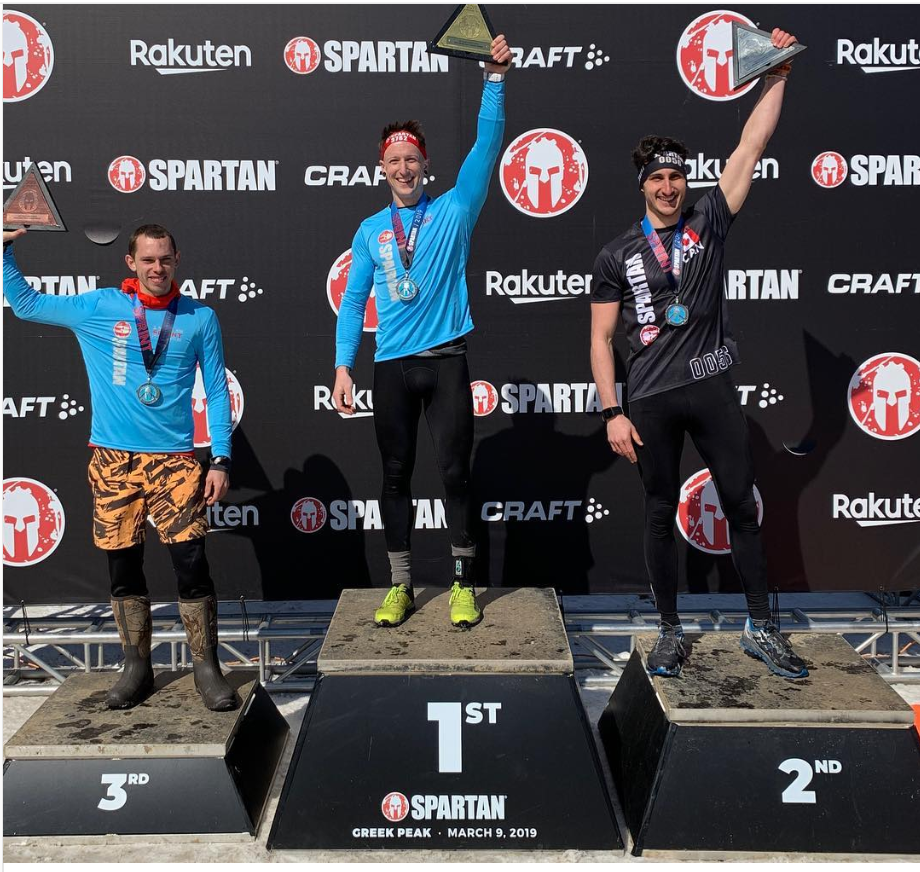 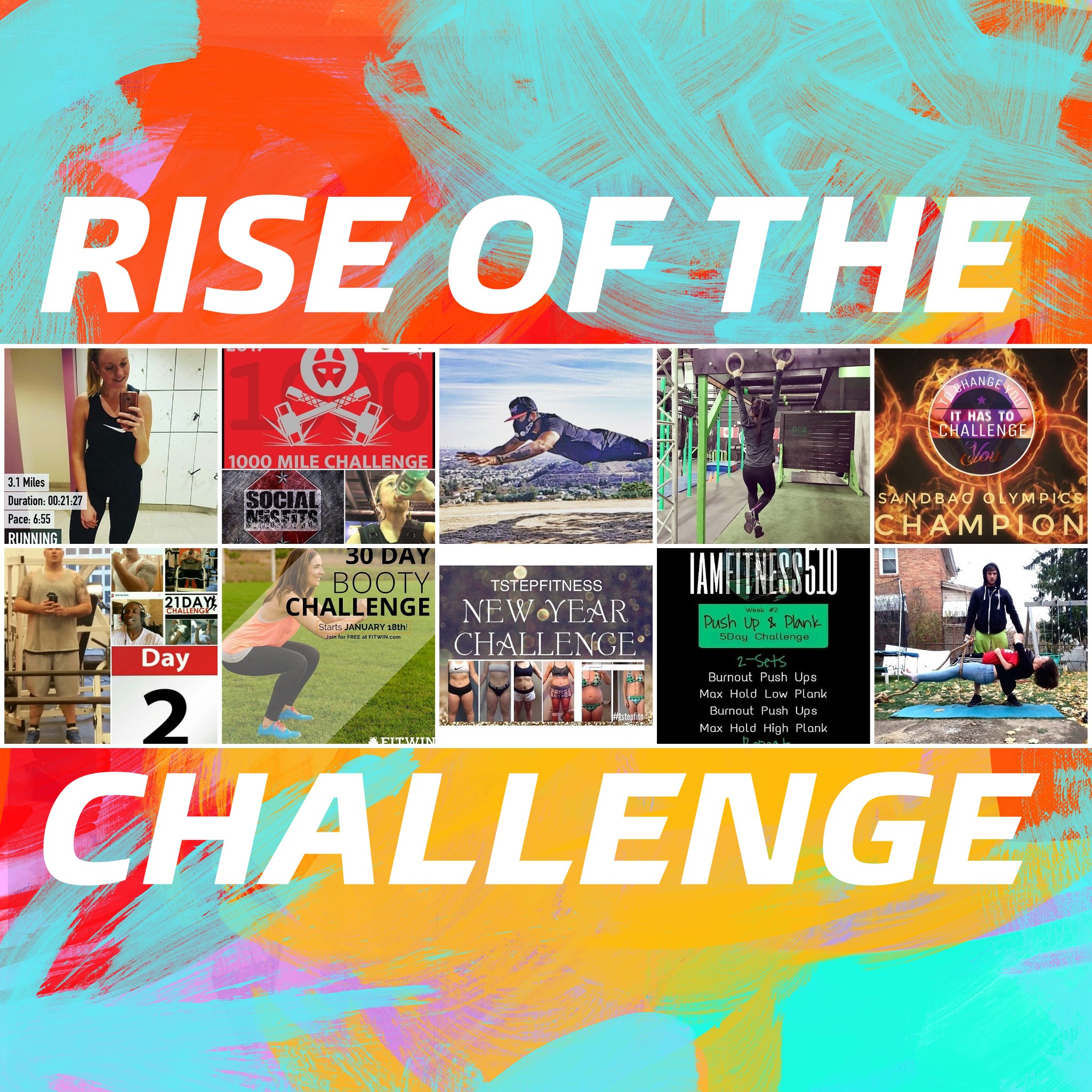 Rise of the social fitness challenge and OCR

As the 2017 OCR season gradually opens up, you may find yourself looking for something to challenge you.…