A press release went out this morning for a new event called The OCR World Championships. The OCRWC is promising a “world class event” to take place over a weekend in October of 2014. It appears most of the hard details have not been ironed out, at least not publicly.

This event is already bringing skepticism in the wake of Epic Racing Arena and Extreme Nation’s first attempt. We spoke with ORCWC founder Adrian Bijanda this morning. We asked what he has to say to the critics who will not be convinced that this event will be everything it claims.

I understand their concern and it only reinforces to me that we have a tremendous responsibility to this sport and it’s athletes to do this the RIGHT way. That will be reflected in everything we do: from the community we select to host the World Championships to the staff on the ground.

Let’s look at venue as one of these items. We are not going to select a place based solely on price. Take Ironman for example, they do a fantastic job of identifying and partnering with a community when they produce and event and in return their races are embraced by all. That’s what we want. We walk to bring something special to a city, town and state. This should be about more than just a weekend obstacle race.

When asked if Junyong Pak and Juliana Sproles (who were both featured on the teaser logos) were officially attached to this event, we were told “Not directly, but these are the caliber of athletes that we want to attract”. We then asked additional questions about race format, race distance, obstacle penalties, and drug testing. We were told that all of these details will be forthcoming in the weeks and months to come.

Only time will tell if this event becomes a disappointment like so many before it, or a huge event that everyone in the community looks forward to. We here at ORM are hoping the latter.

New York, NY December 4, 2013 — Since Obstacle Course Racing first burst onto the scene in 2010 with popular events like Spartan Race, Warrior Dash, Savage Race and Tough Mudder, millions of global participants have clamored to be a part of the action, with athletes from a variety of athletic backgrounds and training styles competing for the top spots in what is rapidly becoming a cash prize sporting event. With so many branded events, no single unifying World Championship has ever been offered to participants…until now.

October 2014 will feature the world’s first true World Championship Obstacle Course Race. Unlike any event of its kind, it will be a singular, annual, non-affiliated race requiring participants to qualify for a limited number of spots. Competitors will compete for cash prizes in elite individual, age group, and team competitions making it one of the broadest and most varied competitive obstacle course races to date.

The OCR World Championships, to be produced by Adventurey, an affiliate of TRAVLETE, LLC, is entirely agnostic in nature and not intended to compete with other race series; rather, it intends to unify the burgeoning sport of Obstacle Course Racing by bringing greater visibility to the sport by celebrating the athletes that drive its growth and level of athleticism. In addition to awards for elite athletes, the OCR World Championships will feature cash awards and prizes for each age group from 18 to 50+, both male and female resulting in 16 categories for champions. Further event details including date, venue, qualifying races, and criteria will be announced in coming weeks at OCRWorldChampionship.com and facebook.com/OCRWorldChampionship.

“By creating an independent World Championship event, we are providing the ideal platform to celebrate the amazing athletes that make OCR so unique,” states Adventurey Founder, Adrian Bijanada. “This isn’t about a particular race series or brand, this is about highlighting the best Obstacle Course Racers in the sport, from elite to amateur.”

With the field of age-group competitors ranging from the very young to the senior level, the OCR World Championship will offer a place for everyone to shine.

“We believe there’s a genuine interest out there to figure out more than just who the best elites are,” continues Bijanada. “We also want to know who’s the best 45-year-old woman, the best 50+ male, the best OCR team and beyond. This is a special sport and we hope to see the athletes that make it so unique battle it out next October.”

About TRAVLETE, LLC
Founded in 2011, TRAVLETE, LLC is New York City based company whose holdings include various publishing, ecommerce, retail, and event production companies in the endurance racing industry. Media inquiries may be sent to Media@OCRWorldChampionship.com

Spartan Agoge: What you should know

When the Death Race and Spartan separated ways, gave birth to a new endurance event called the Agoge… 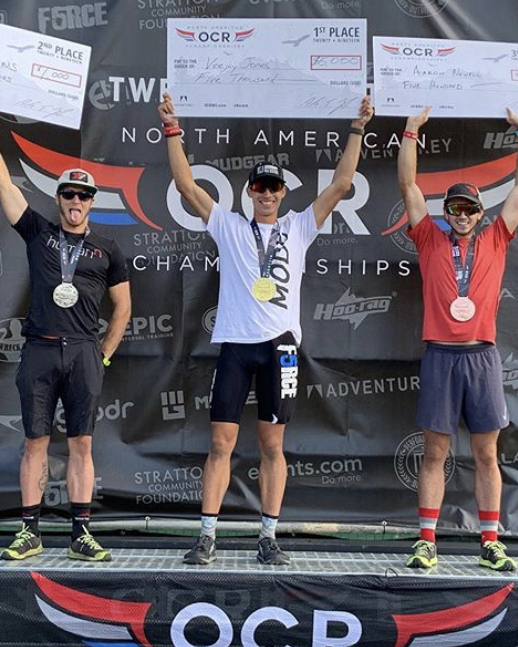