Obstacle Course Races and the Bad Business of Spectator Fees 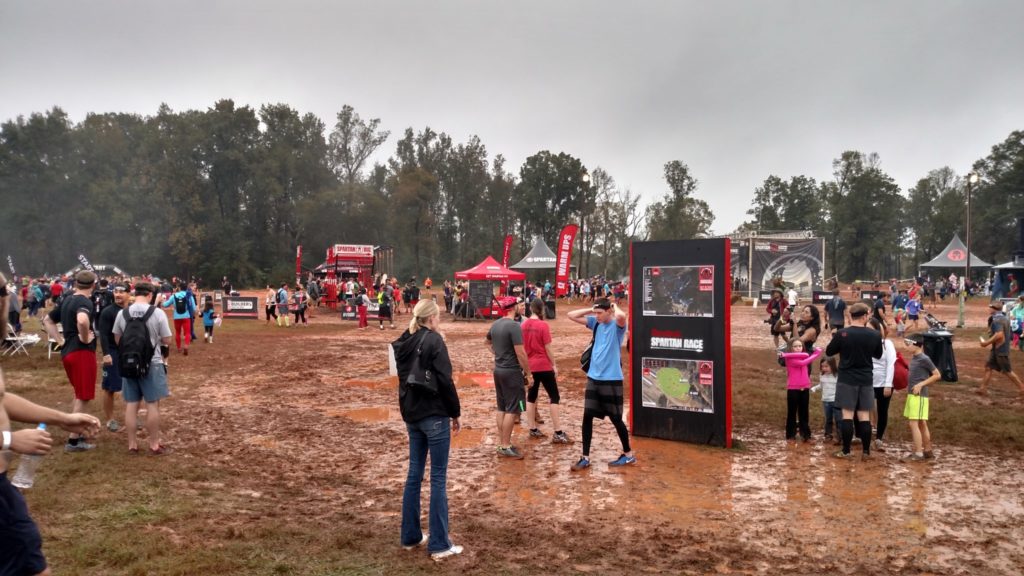 Last week I experienced my very first DNF in my three years, fifty plus race career. I was running the Spartan Beast in Spartanburg, SC with my longtime running partner and around mile 2.5 I started experiencing knee pains from an injury I sustained over a year ago. Luckily, we had just passed by the festival area and I sent her on to run the remaining ten miles alone while I hobbled back up the path to turn in my timing chip. My teammate and I had driven up from Florida together so I had no choice but to wait around for her to finish.

This is the first time I have ever spent an extended amount of time in the festival area of an obstacle course race and let me tell you: it was boring. I have been to craft fairs that are more exciting than a Spartan festival area and those have no entry fee. On top of this, there is no seating, the only entertainment is top 40 hits blaring from the center stage, and the food situation is reminiscent of a high school lunch cafeteria (but twice the price). In the end, the most exciting thing I came up with was balling up my gear bag and taking a nap in the grass. So why do Spartan, Savage, Tough Mudder, and all of the other big names in OCR think that this “festival experience” is worth anywhere between $10 and $25 dollars?

The issue of spectator fees really hit me when I ran the fall leg of the Savage Race one week after DNFing my Spartan Beast. My fiancee happily agreed to accompany me to my race just in case my injury started to flare back up while I was on the course and I was unable to drive myself home. After paying $60.80 for my entry, $15 for the insurance, $3 for a service charge, $4.20 for a processing fee, and $10 for parking I had already spent $93 dollars for the privilege of gracing Savage Race’s 7.2-mile course. Upon reaching the entry gates, however, I realized there was one thing I hadn’t accounted for: the spectator fee. This fee not only confused my fiancee but when she inquired about what the spectator’s pass entitled her to she was met with the lackluster response, “Access to the festival area.” 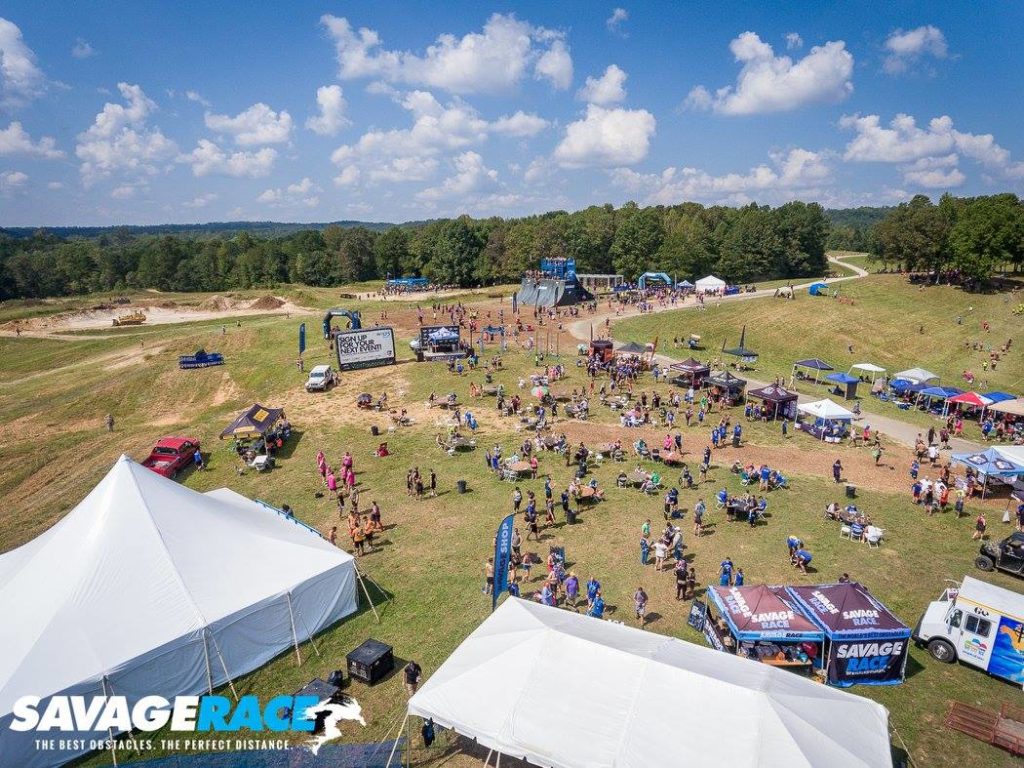 Spectators at athletic events such as races, triathlons, and OCRs have a vital function for the athletes. A well-placed spectator can drastically improve the performance of the athletes and provide the necessary motivation to complete the event. Anyone who has had a friend or family member cheer them on during a race knows what this feels like and it really should go without being said.

Running is a sport where the energy of the crowd can be the catalyst for change. Dave McGillivray, the director of the Boston Marathon, states in his article What Do Race Spectators Need to Know? for Runner’s World, “I always picked up the pace a bit whenever I hit key pockets of screaming fans… If we put timing mats at the beginning and end of this stretch, I’m sure we’d see just about everyone hitting their fastest paces of the day thanks to the immense crowd support.”

On the flip side of that coin is the function spectators perform for the race organizations themselves. In the 2012 study The Relationship Between Visitor Spending and Repeat Visits: An Analysis of Spectators at the Old Mutual Two Oceans Marathon researchers find that “spectators are just as important to a sporting event as participants” (Botha, et al). The reason given for this claim is that the more times a spectator attends a race the more likely they are to visit it in the future. Obviously, in a sponsorship-laden sport such as obstacle course racing having more people exposed to the sponsors can only have a positive effect on a race organizer’s relationship with those sponsors.

In another study published in the Journal of Sports Economics The Rewards to Running: Prize Structure and Performance in Professional Road Racing (Lynch and Zax, 2000) the researchers claim that participants of races actually derive utility, or a sense of accomplishment, from larger numbers of spectators in races. The utility can be seen as the driving factor for participants to actually compete in races, especially in races where they have little to no chance of receiving any monetary compensation. In other words: spectators equal customer retention. 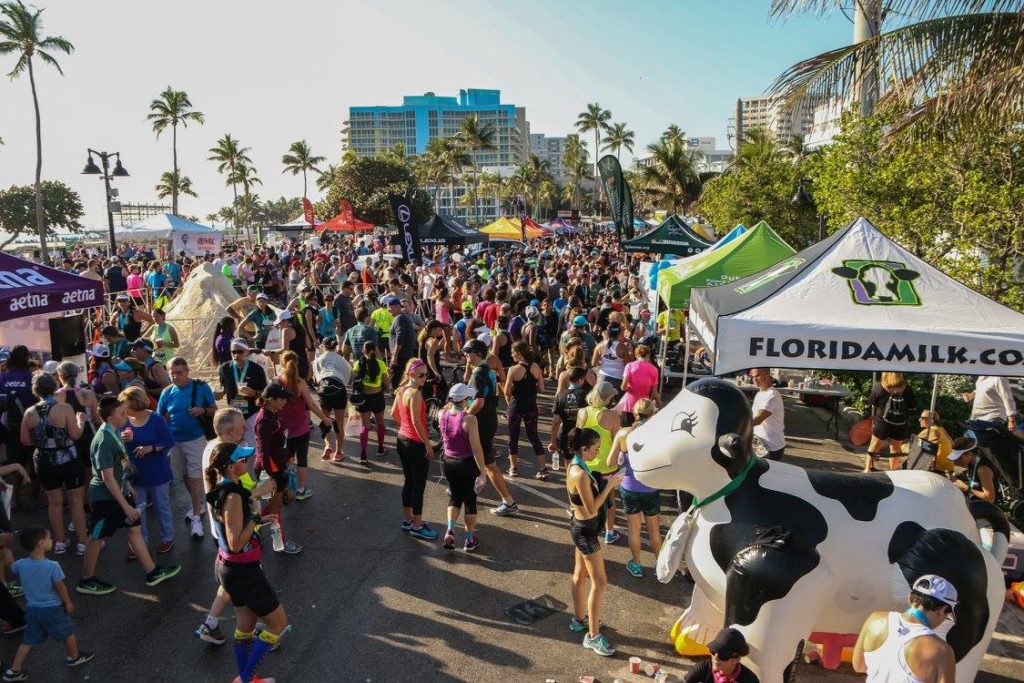 I contacted both Spartan and Savage concerning why they charge spectator fees and what those fees are used for. Spartan Race responded by saying that they have started to improve the spectator experience at their races by opening up the venue to allow spectators to follow the racers more closely at a majority of their courses. They went on to tell me that the spectator fee went towards paying the insurance premiums for each individual race. In Savage Race’s response to my inquiry, they simply stated that spectators would have access to the festival area and the ability to follow the runners along the entire course. Savage had no comment on the use of the spectator fees but did exclaim that the fee was similar to any other sporting event.

Not every organizer believes in charging spectators for their attendance. Rugged Maniac, most notably, did away with their spectator fees in 2012 (along with every other nickel-and-diming fees such as insurance and processing fees). In a 2015 interview with Obstacle Course Racing Media Rugged Maniac’s COO Rob Dickens explained their position, “But we stopped doing it the minute we could afford to, which was back in 2012. Why? Because price-gouging your customers show a complete lack of respect for them and violate the golden rule (do unto others…). I don’t like to have a bunch of fees tacked on to something I’m buying, so why would I do it to my customers?” Rob Dickens also claimed the following:

After all, none of the “processing” or “insurance” fees charged by the other guys are legitimate. We all have nearly identical insurance policies, and none of those policies require us to charge our customers an insurance fee. Likewise, we’re all using similar registration platforms, and none of those platforms charge more than a $2 fee per registrant, so why are the other guys charging 8%-12% processing fees?

Everyone’s insurance policies are based on the number of expected attendees in a calendar year, so if Spartan is charging an extra “insurance” fee when someone run the same course twice, it’s simply another way for them to squeeze more money out their customers. Their insurance company doesn’t require it, and they don’t have to pay higher premiums for someone running twice. As I said before, their insurance companies don’t require any “insurance” fee. It’s completely bogus.

If Rob Dickens is correct then this claim would appear to contradict Spartan’s own response to my inquiry over the use of spectator fees. 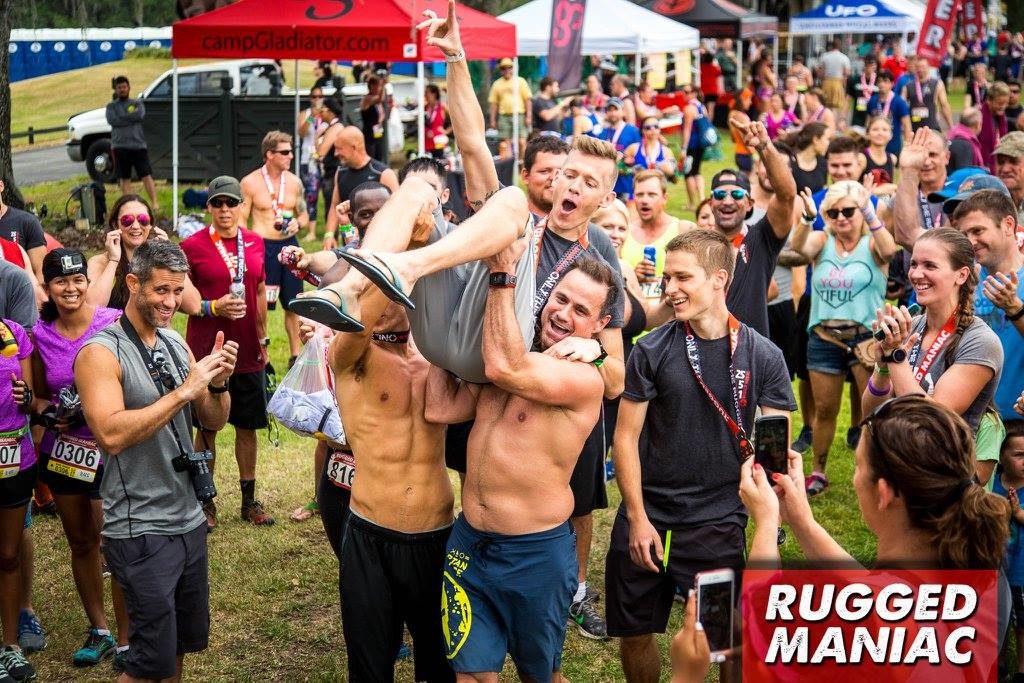 Despite Rugged Maniac being free to attend, their festival area and spectating experience never leave you wanting. Coincidentally, both Rugged Maniac and Savage Race are held at the same location in Florida every year: Little Everglades Ranch in Dade City. It is hard not to compare the two races, thanks to this shared location.

One of the most prominent differences is in the way they use the venue. Rugged Maniac puts all of the high energy, high traffic areas such as their stage, vendors, and sponsors in one area while Savage Race spreads their vendors, sponsors, and their stage around the edge of their festival area. The difference is pretty dramatic: Rugged Maniac festival area feels more alive thanks to the sheer number of bodies in one area. Savage Race brings out tables and chairs (a huge improvement over Spartan’s zero-seating offerings) but Little Everglades Ranch has its own bleacher style seating that only Rugged Maniac takes advantage of.

Savage may claim they want their spectators to have sporting event style experience, but Rugged Maniac actually achieves this by using these sporting event style bleachers. One other difference that might often go overlooked is the difference in the number of children at each event. Savage Race, unlike Rugged Maniac, has a kid’s course. Despite this, however, the number of little people at Rugged Maniac greatly eclipsed Savage’s population. The reason for this is obvious: if your children want to watch you race you’ll have to pay another $25 to have someone there to look after them at Savage.

Another example of a race organization that does a fantastic job of providing a fun spectator experience is Warrior Dash. Like Rugged Maniac, Warrior Dash is completely free for spectators. I last ran Warrior Dash in 2016 and I heard nothing but praise for the festival area. Unlike most other organizations, Warrior Dash had live bands playing on their stage with a live DJ in between sets.

One other thing that set them apart from the type of audience participation they organized. Pushup or pullup contests are common events that obstacle course race organizers will put on but those types of contests are geared towards athletes, not your average spectator. Compare that to Warrior Dash who delivered a dance contest and a beard competition, both less physical and more engaging than their competitor’s presentations. 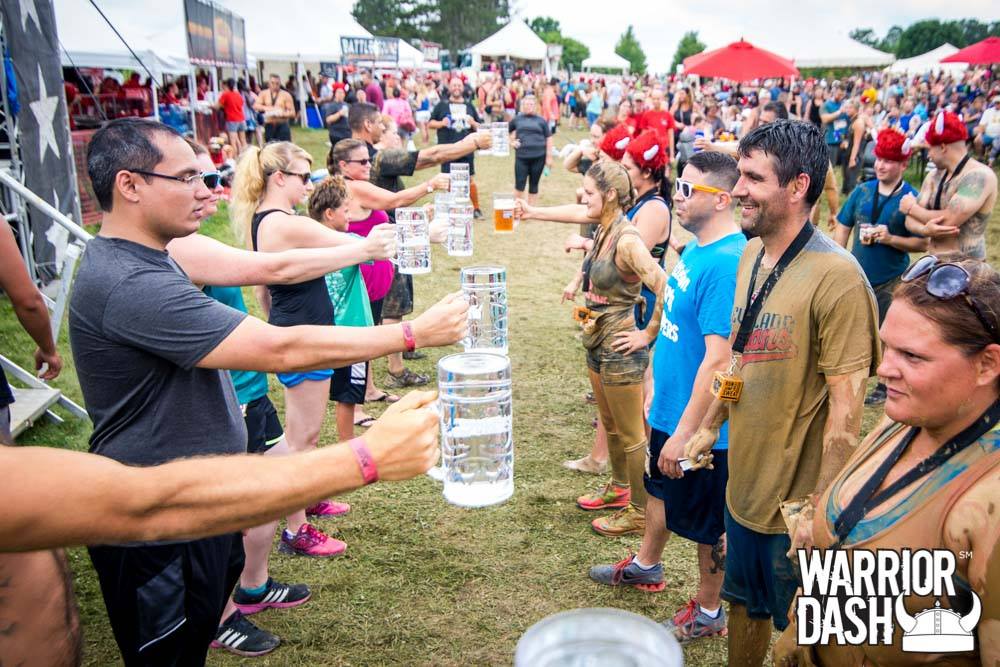 So why does it seem that the more widespread and well-known obstacle course race organizers are so anti-spectator? There are studies showing the positive effects that spectators have on both race organizations and athletes making it scientifically sound to encourage attendance. Athletes around the world sing the praise of a cheering crowd and the ability they have to motivate. The extra attendance would invariably please the sponsors and vendors of these events.

These are all things that traditional road races such as marathons and triathlons realized a long time ago but at some point, the OCR world dropped the ball. By all appearances, it would seem that removing the spectator fee, a barrier to attendance regardless of what anyone claims, should result in greater customer retention and revenue via sponsors and vendors. Unfortunately, it would seem that OCR organizers would prefer to view their spectators as a revenue source instead of their true function: revenue boosters.

Just your everyday humble civil servant that spends his weekends climbing over things while shirtless, dipping his beard in mud, and hoping his tights don't rip.

I was fortunate enough to be in Orlando in March when The 2015 BattleFrog College Championships were taped.… 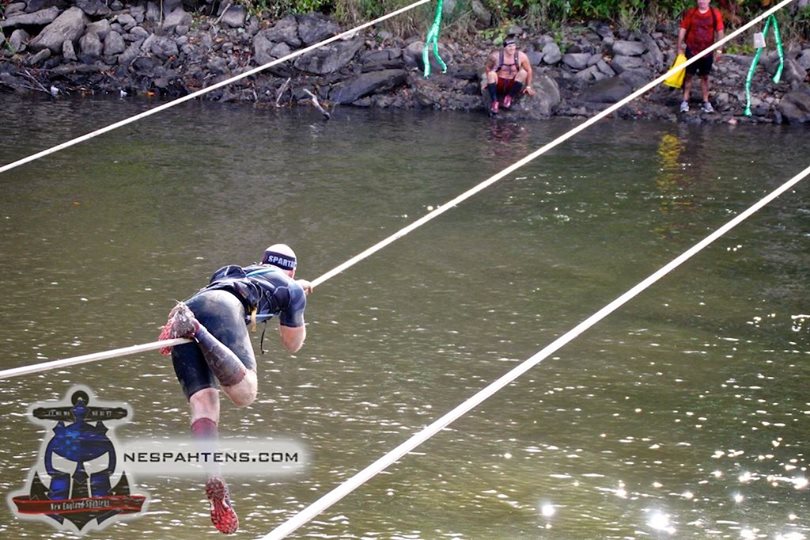 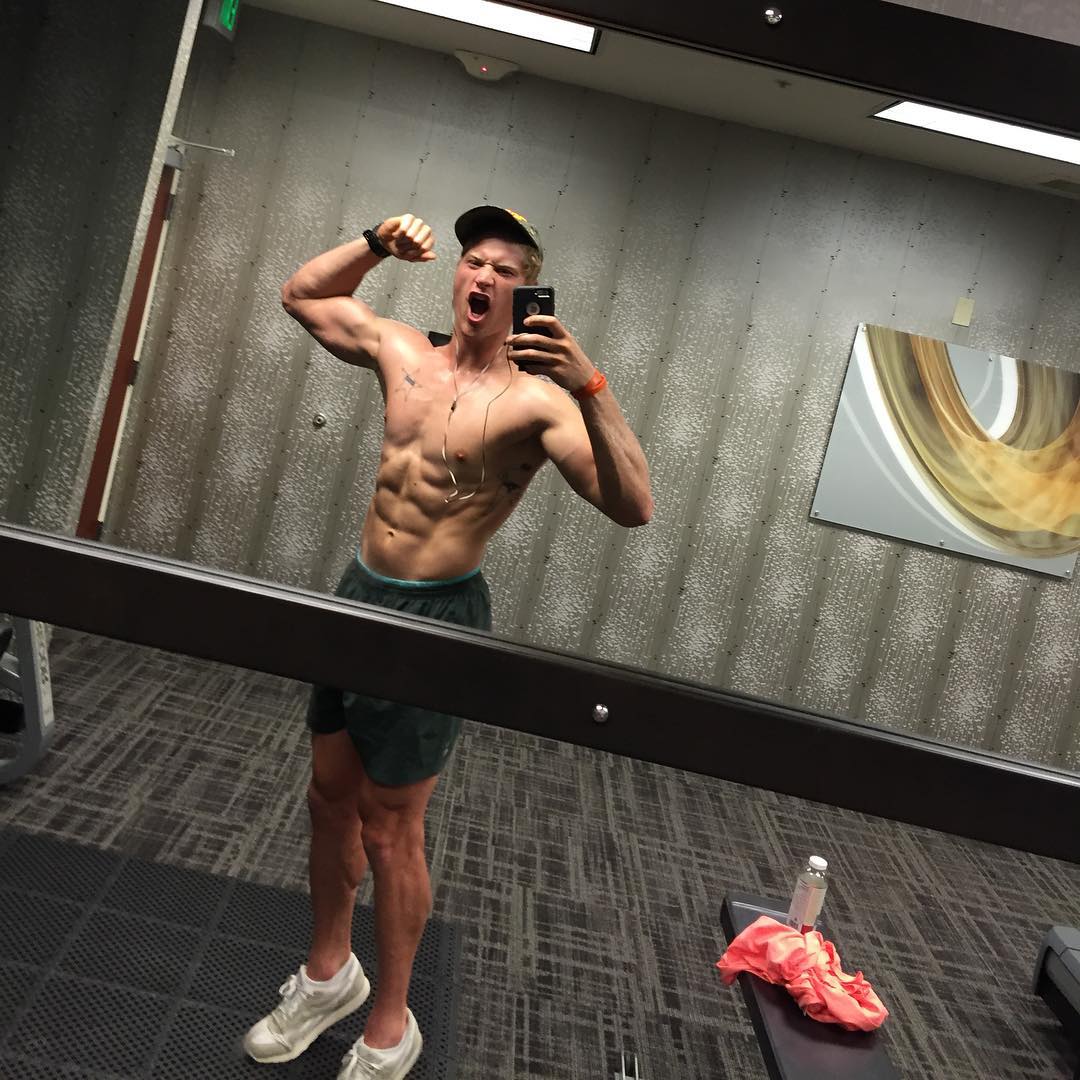 There have not been many Hunter sightings at obstacle races recently. Matt B. reached out to him to… 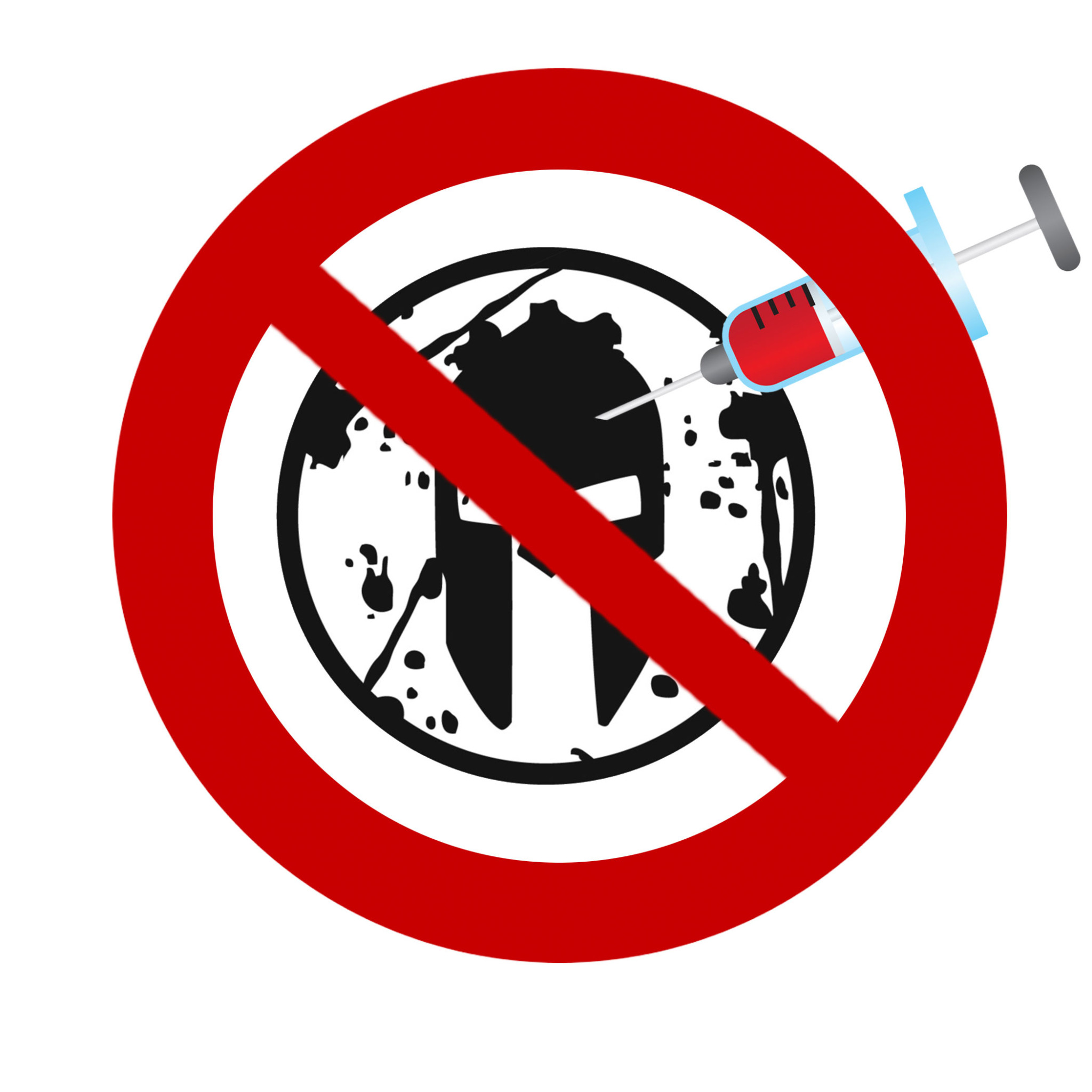