Once upon a time, “It’s not on real TV, but you can see it online” meant you were scraping the bottom the barrel. You aren’t on TV? Well, you must not be legitimate/big time/ready for primetime. In 2017, that is no longer the case.

It has been said that the mobile phone is much like the “Big 3 TV networks” were back in the day. Radio, believe it or not, ruled our entertainment choices at one time, until television came along. ABC, NBC, and CBS were bringing pictures into millions of homes, and by doing that, they were putting myriad radio stars and advertisers out of business. Today, mobile devices and streaming platforms like Netflix and Amazon are the new champs, with “traditional television boxes” being the radio. Enter Facebook. If I was a tech writer, I could go on and on about worldwide mobile users, FB users, data, and usage. I am an OCR writer, so let’s just say Facebook is Facebook. It rules your life and mine, in and out of obstacle racing. Earlier this month, FB launched something called Facebook Watch, which is their new home for “channel style” content.  Facebook will launch original content, as well as partnering with brands for additional content.

Last week, Spartan Race announced it had partnered with Facebook to provide live streaming race coverage for one of those new channels. This new deal will be exclusive as Spartan previously provided that content in real time, and for later streaming on both FB and YouTube. You can view that Facebook channel here. Most Spartan fans are already aware of the US Championship Series and The Tahoe Champs being aired online. As part of the press release, Spartan announced 4 additional broadcasts for fall races in Atlanta, Dallas, Sacramento, and San Francisco.

According to the TMHQ press release.

If you recall, the Tougher Mudder Championship Series was just announced last week and offers additional prize money for 4 Tougher events. You can read more about that series here.

As we first heard in The Rise Of The Sufferfests, “Obstacle racing may be the first sport that social media launched.” Should it be any surprise that the two industry leaders, along with the social media leader are doubling down together?

The new Tougher Mudder Championship race series will feature four events beginning with the first regional event on October 7th at Tougher Tri-State in Englishtown, NJ and culminating with the Tougher Mudder World Championship on November 4th at Lake Elsinore, CA (see full schedule below). The Tougher Mudder Championship race series will feature the world’s top OCR, endurance runners, and functional fitness female and male athletes tackling 20+ signature Tough Mudder obstacles, such as Kong, Everest, Funky Monkey: The Revolution, and Arctic Enema, over 10 grueling miles for a chance to take home weekly cash prizing (up to $2,500). Top finishers will qualify for the Championship and respective winning purse of $10,000 each for the first place male and female finishers. The coverage on Facebook will feature live feeds from multiple obstacles throughout the course, “point of view” head cams and aerial drone footage, as well as behind-the-scenes “everyday hero stories” along with hosted commentary and engaged social interaction with viewers from Tough Mudder personalities Eric “E-Rock” Botsford and Kyle “Coach” Railton.

Viewers will also be able to get in shape with weekly, live fitness classes streamed from Tough Mudder’s new fitness studio offering, Tough Mudder Bootcamp. Tough Mudder’s training expertise and fitness content is coveted by millions of people within the Tough Mudder community, as well as by active lifestyle enthusiasts around the world. The partner-based, 45-minute HIIT workouts are sneak peaks at what franchisees will be offering around the United States beginning in fourth quarter of 2017. Classes are centered around four fitness pillars: strength, power, agility and endurance.

“Tough Mudder has become a leading innovator of building sport around community. With our highly engaged global community of millions, Tough Mudder has excelled at delivering a unique, highly social way to consume live sports programming. With Facebook being the exclusive video platform for the Tougher Mudder Championship series, this partnership is a great complement to our linear video programming offerings and partners, and bolsters Tough Mudder as one of the leaders in the future of sports,” said Jerome Hiquet, CMO, Tough Mudder Inc.

BOSTON, MA (September 21, 2017) – Blood, sweat, athleticism and pure grit will stream exclusively on Facebook’s new Watch platform thanks to a partnership between Spartan and Facebook. The partnership will feature live streaming of men’s and women’s obstacle races (OCR) through the 2017 Spartan season, kicking off with the Reebok Spartan World Championship September 30 and October 1 in Lake Tahoe, CA. The broadcasts will be dynamically produced with multiple cameras, drone coverage, graphic packages, audio commentary, replays, and behind-the-scenes content.

“Spartan draws some of the world’s most talented athletes to obstacle racing to battle technical terrain and punishing obstacles, which creates fierce competition that is unlike any other broadcast sport,” said Spartan COO Jeffrey Connor. “Producing live broadcasts of our races was a major focus for us in 2017 and an important part of Spartan and the OCR industry’s growth. Partnering with Facebook to stream our events exclusively on Watch will bring the action to sports fans across the globe, showcasing the pure grit of the fastest growing participation sport while helping Spartan spread its message of healthy transformation to a new audience of millions.”

In addition to broadcasting the race events, Spartan’s Facebook Live streams will feature interviews with competitors and major players in the industry along with a host of socially-driven content optimized for a mobile audience, including live-polling and real-time engagement. Spartan will also produce a weekly workout session exclusively for Facebook’s Watch platform. People can add this content to their watchlist by following Spartan LIVE.

“As a producer of lifestyle content that spans sport, nutrition and training, Spartan has more than five million Facebook followers and established television shows on NBC Sports Network and NBC primetime, which makes this partnership a natural next step as we expand our media programing,” said Spartan Founder and CEO Joe De Sena. “The live streaming broadcasts of our events this year received tremendous views, averaging more than one million for each, and as we expand our Championship Series to more than 30 countries across the world in 2018, we’re excited to grow those numbers globally as we work with Facebook.”

Spartan’s militaristic-style obstacle races push the bodies and minds of competitors to the limit across miles of unforgiving terrain while they conquer signature obstacles such as the spear throw, bucket brigade and barbed wire crawl. Spartan is a leader in transforming obstacle racing into a mainstream endurance sport, having been the first brand to feature timing, rankings and a Global Championship Series. The 2017 Reebok Spartan World Championship is the pinnacle event of the obstacle racing season and features a field of elite athletes from more than 50 countries battling the mountainous terrain at Squaw Valley during the 16-mile “Beast” race for more than $100,000 in cash and prizes. This year’s event features a new World Team Championship, which will see coed teams of three from 25 countries facing off in a team-style competition.

Following the World Championship, Spartan plans to broadcast races in Atlanta (October 21), Dallas (October 28), Sacramento (November 11) and at AT&T Park in San Francisco (November 18), which is part of the Spartan “Stadium Series” that unfolds at the hallowed grounds of the most beloved ballparks across America.

ABOUT SPARTAN RACE, INC.
Spartan Race is the world’s largest obstacle race and endurance brand, and the first in-sport to feature timing and global rankings. With more than 200 events across more than 30 countries in 2017, Spartan Race will attract more than one million global participants offering open heats for all fitness levels, along with competitive and elite heats. The Spartan Race lifestyle boasts a community of more than five million passionate social media followers, health and wellness products, training and nutrition programs, and a popular NBC television series, which has made obstacle racing one of the fastest growing sports in the world. Spartan Race events feature races at three distances, 3+Mile/20+ Obstacle “Sprint,” 8+ Mile/25+ Obstacle “Super” and 12+ Mile/30+ Obstacle “Beast,” culminating in the Reebok Spartan Race World Championship in Lake Tahoe, Calif. Visit http://www.spartan.com for more information and registration.

Tough Mudder is giving anyone who chooses to, the opportunity to design one of their obstacles. If your design is chosen… 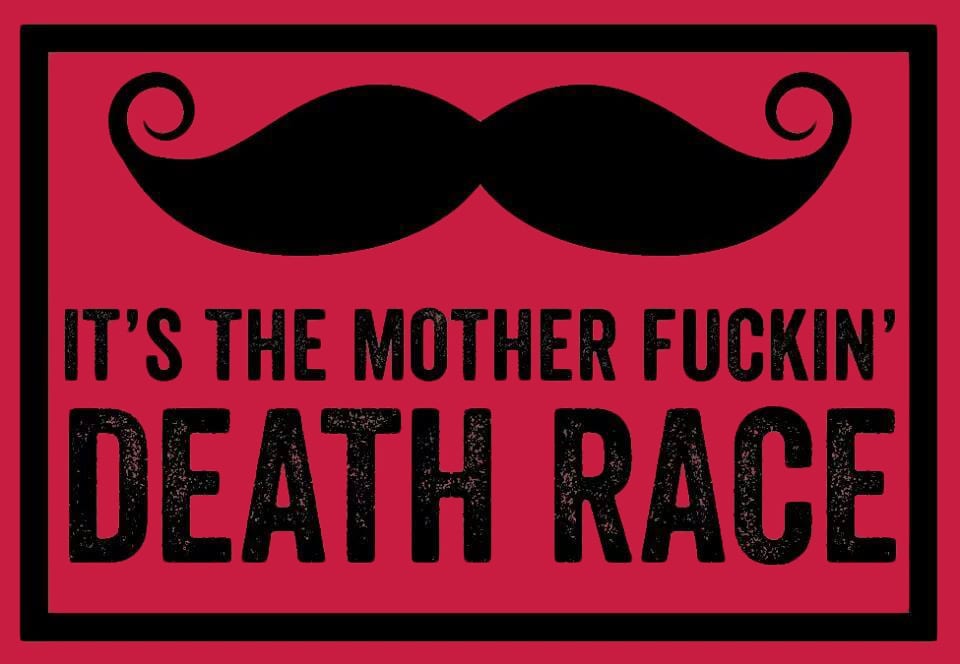 The Death Race – What It Means To Finish

We have a correction to make to yesterday’s Death Race posts. As the final burial was being prepared…