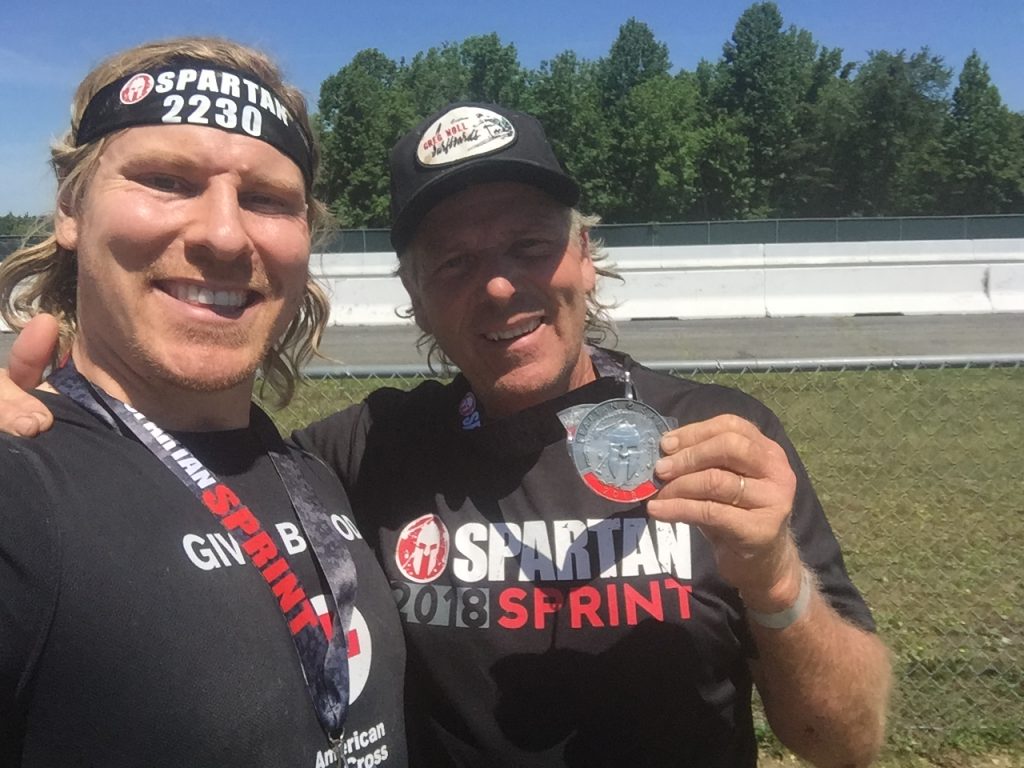 My dad has attended each one of my OCR events since I started competing in the sport a few years ago. It’s special because we travel to the races together, I always give him a high five and a hug before the race starts, and I see him smiling and cheering for me when I cross the finish line.  But, this latest event was different, because we would be participating in it, side by side, together.

Last year my and I made the plan that we were going to participate in an OCR race together, and the Washington DC Spartan Sprint would be the event. As we headed down to the Maryland International Raceway in Mechanicsville, MD, on June 16th, the focus wasn’t how I was going to do that day, but how ‘we’ were going to do.

As soon as we got to the race venue, we checked in, and headed over to the starting area, hopped over the first wall, and found an open section in the busy corral. In my years of endurance racing it’s always exciting a few moments right before the start as the adrenaline begins to kick in. Standing next to my dad in the starting corral was a special moment. To prepare for this event, I helped create a small OCR training area in the backyard of my parents home, and we were able to get some training in lifting heavy truck tires, carrying small boulders and cement blocks, and dragging large tree branches.

As soon as the race began, the large group that we were with patiently navigated through some of the technical areas and down the first steep hill. Once we made it down to the bottom, the participants started to find their pace and began running to the next obstacle. We went over our game plan– start out at an even pace, walk the hills, take our time on the obstacles, and get to the finish line. I had competed in this event two years earlier so I was familiar with the course and the obstacles that were involved.

One of the first obstacles was the spear throw, which is an obstacle I’ve yet to conquer. Surprisingly, my dad was able to hit the target in his first race, which was a very proud moment. This obstacle definitely gave us a motivational boost early in the race.

We continued on, making our way under the barbed wire, over the 8ft walls, and up and over the steep muddy hills. The grip strength training that I had been doing over the previous months helped a lot when it came to the monkey bar section, the rope climb, and the multi-rig. 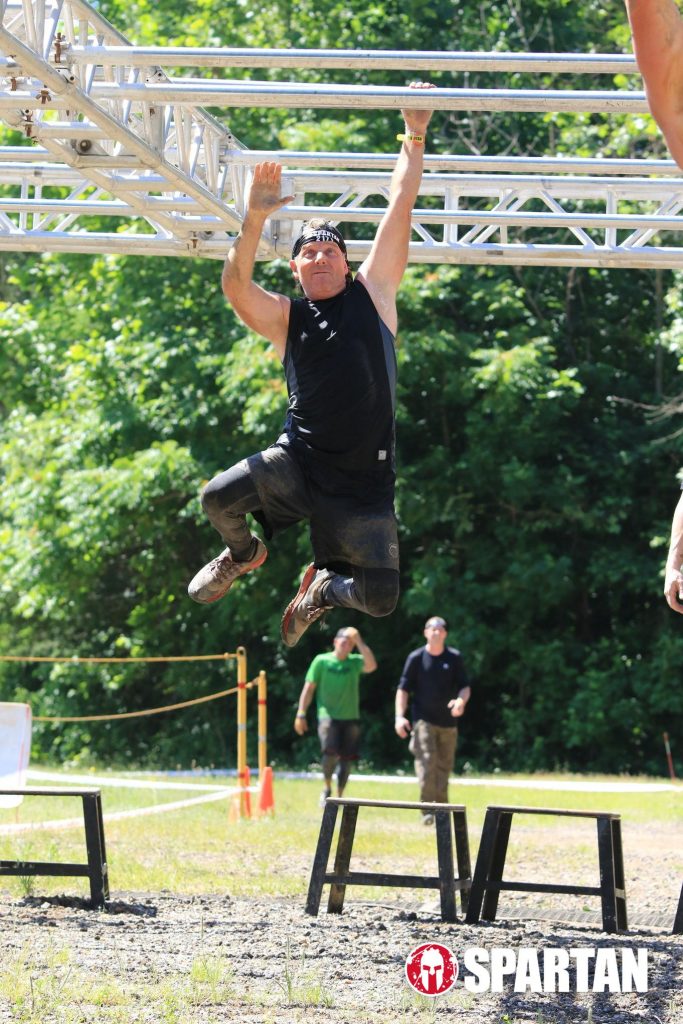 We were having a blast each step of the way, and in the toughest parts of the race, especially on the steep trail sections, he was smiling from ear to ear.

I reflected back to the early 1990s when I was in elementary school and he was recently diagnosed with testicular cancer. I’ll never forget when he came home from the hospital after his surgery, and the months that followed in that process as I watched him go through treatment and chemotherapy. Even at such a young age, I could tell by my family’s reaction that this was very serious. The surgery and follow up sessions were a success and he made a full recovery, but it was a long process.

As we made our way to the bucket carry followed by the sand bag carry, I walked beside him along the trail. Observing every step he took, I still remember when he took his first few steps with his walker at our home. I was sitting at the top of the steps and he carefully came around the corner with his cane. To show that he was okay, he slowly placed the cane next to the railing and stood there on his own, trembling, and personifying strength. 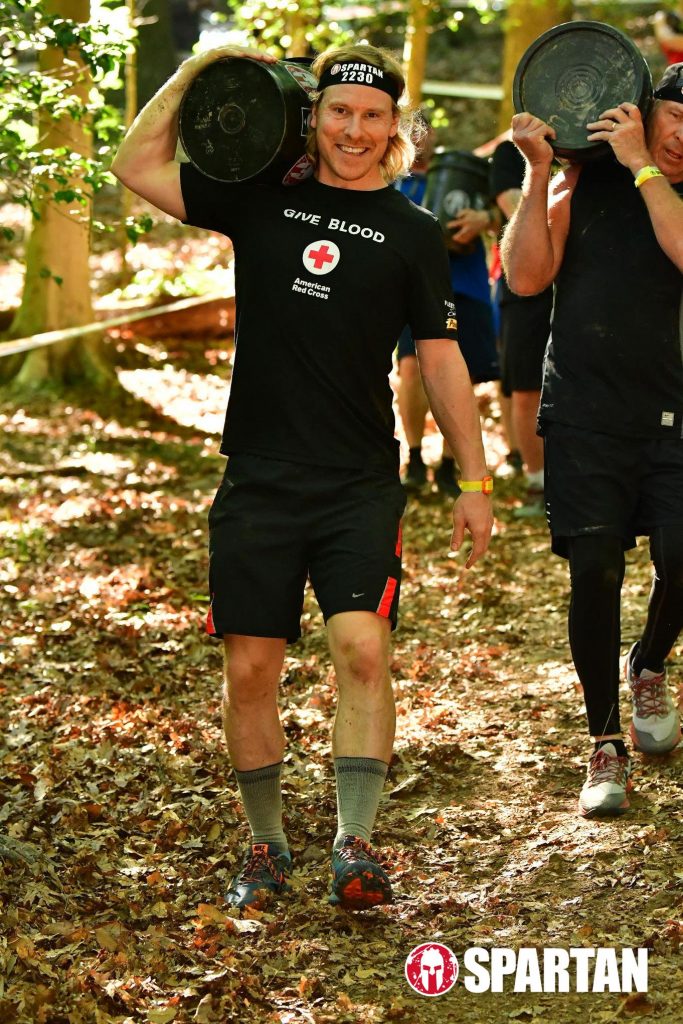 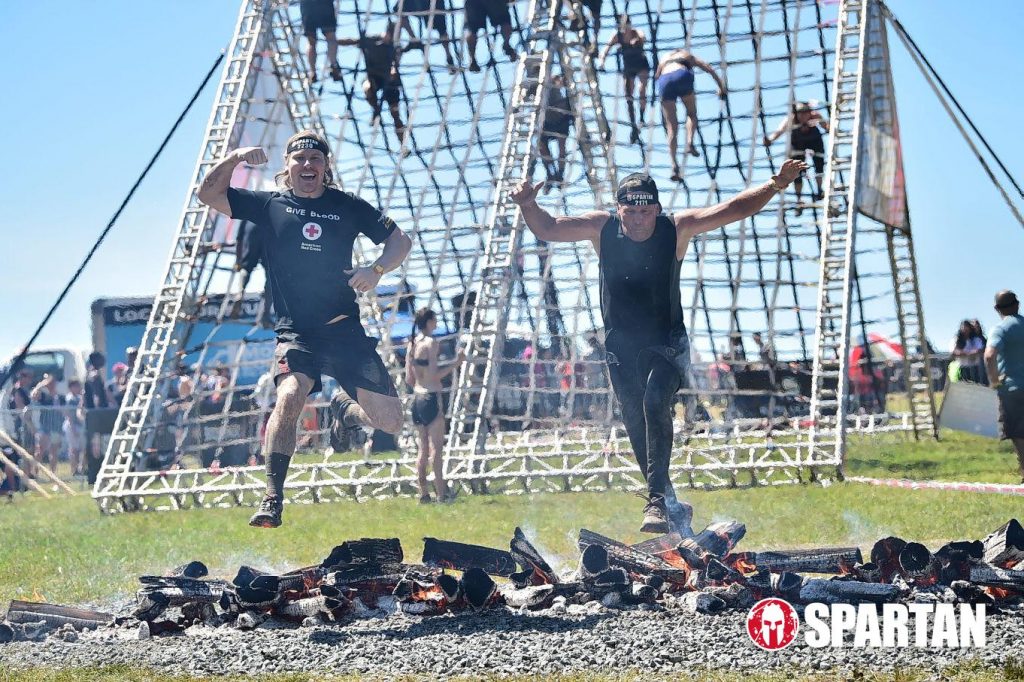 This was much more than an athletic accomplishment for him, this was a platform to continue overcoming obstacles while celebrating life and being 25+ years cancer free.

Every endurance event that I’ve participated in over the past decade has been very meaningful to me, but getting to cross the finish line in the DC Spartan Sprint is a memory I’ll always cherish.

After a near fatal car accident in 2004, Brian Boyle was placed on life support, underwent 14 major operations, received 36 blood transfusions, and was resuscitated eight times during a two month
coma. After relearning how to walk again and then spending three years in recovery, he went on to participate in over 4 dozen endurance events including 5 Ironman's, 16 marathons, and two ultramarathons. A two time published author, Brian has recently started competing in OCR
events, and is very much looking forward to racing in many more this season. 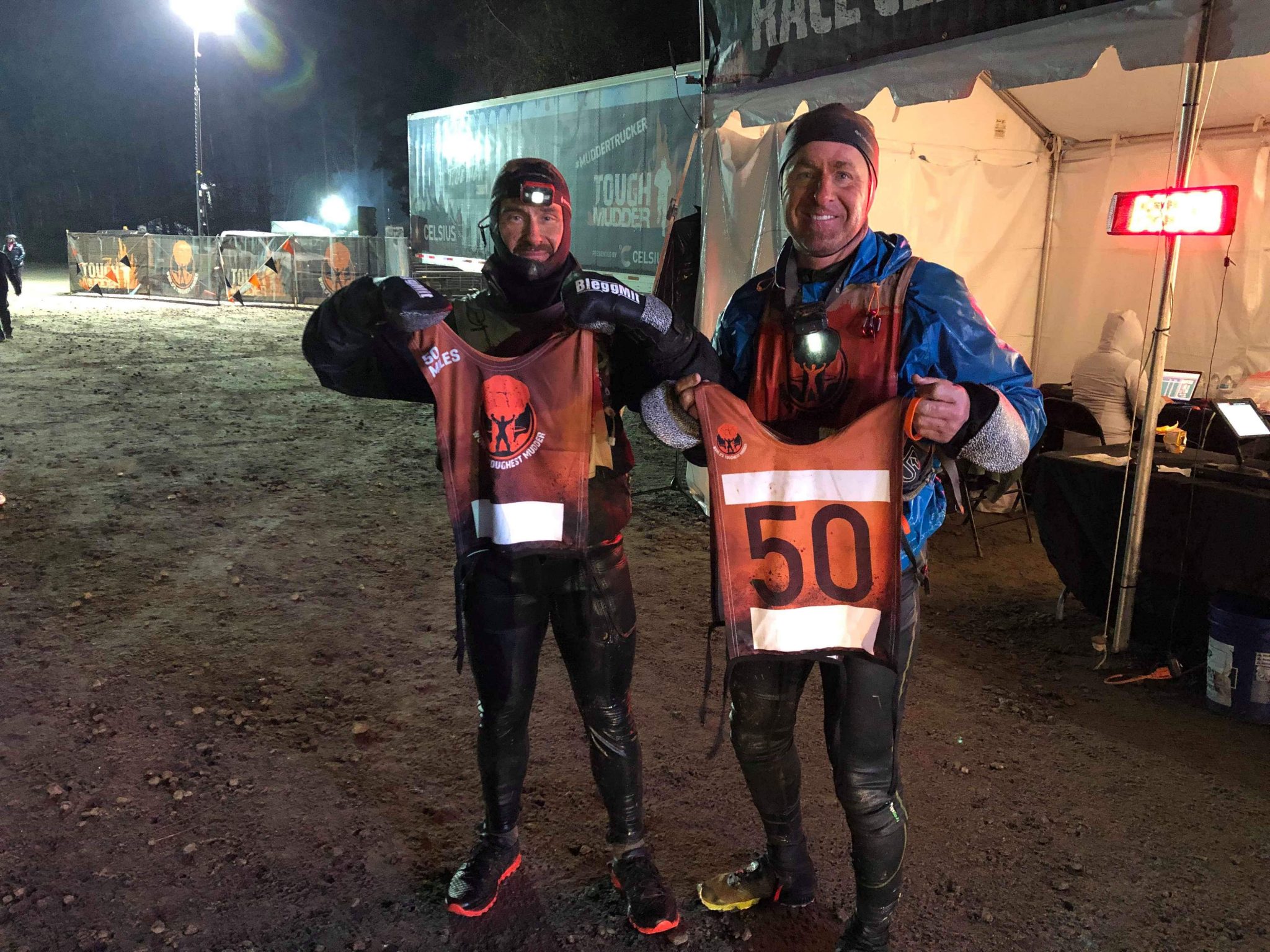 While mulling over my thoughts of this year’s World’s Toughest Mudder (WTM), I was at a loss for…

Time to take the ORM Strava Group up a notch

Ready for some competition? Summer is almost over, and with the back-to-school spirit in the air, it’s time…