In the last two years, millions have signed up and participated in a new genre of themed fun runs. For a short while it appeared that if you had any combination of the words Color, Glow, Night, Girl, Electric, Foam, Neon, Rave, Zombie, or Wet in an event name (and the obligatory Groupon to go with it), thousands of people would show up.

Some of these events were A-plus experiences put on by top notch companies, others were less than stellar. With all of these events happening, it appears the general public could not really tell the difference. Ask some people what they did this past weekend, and they might tell you “I did a color run and it was great.” or “I did one of those runs where they throw dye at you with my kids.”

Did they do The Color Run, Run or Dye, Color in Motion, or any one of at least 30 other dye-based runs?

With all of these seemingly similar races happening, and no one knowing the real difference between them, it was only a matter of time before the bad ones spoiled it for the good ones. Some also said that the high numbers many of these races were getting were not sustainable. How many times can someone do one of those events before the joy runs out? How many different versions of “the same race” can happen in the same city in a given year? 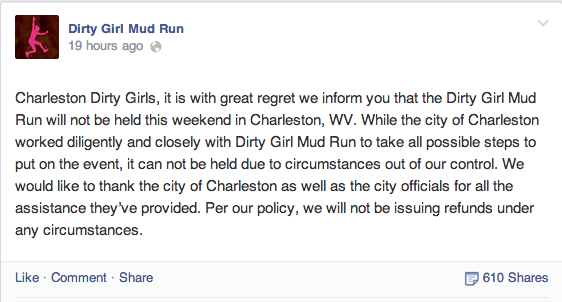 It looks like we are finding out. In recent weeks, we learned that 5k Foam Fest was closing its doors. Now it appears that another themed race which has produced nationwide events is having trouble. Dirty Girl, a women only mud run scheduled and produced a staggering 50 events last year in the United States. This year, they cut that number back to 25. Then, yesterday, they abruptly cancelled an event due to happen this weekend in West Virginia. The Charleston, WV Gazette published an article which attempted to explain the circumstances which led to the cancellation. They spoke with the two companies who produce Dirty Girl events, 100LLC and Human Movement. You can read what the Gazette discovered here.

This morning, we reached out to Jeff Suffolk over at Human Movement to discuss the future of Dirty Girl, and this is what he told us.

We’re working diligently with all remaining venues to try and save the series. We love this brand and have no comment on 100 LLC or the owners of Dirty Girl. We care about the participants as much as anyone and have demonstrated that by saving Run For Your Lives and other recent bankrupt companies. We were here in the beginning and we’ll be here at the end, just hopefully our industry isn’t too scarred at this point.

We also reached out to Dirty Girl/100 LLC this morning, and they gave us a quote not unlike the statement they previously released.

Dirty Girl Mud Run sincerely thanks the city of Charleston, WV as they worked diligently and closely with us to take all possible steps to help us put on the event. We regret it can not be held due to circumstances out of our control. Again, we would like to thank the city of Charleston as well as the city officials for all the assistance they’ve provided. No refunds will be issued.

What are your thoughts on the state of the industry? 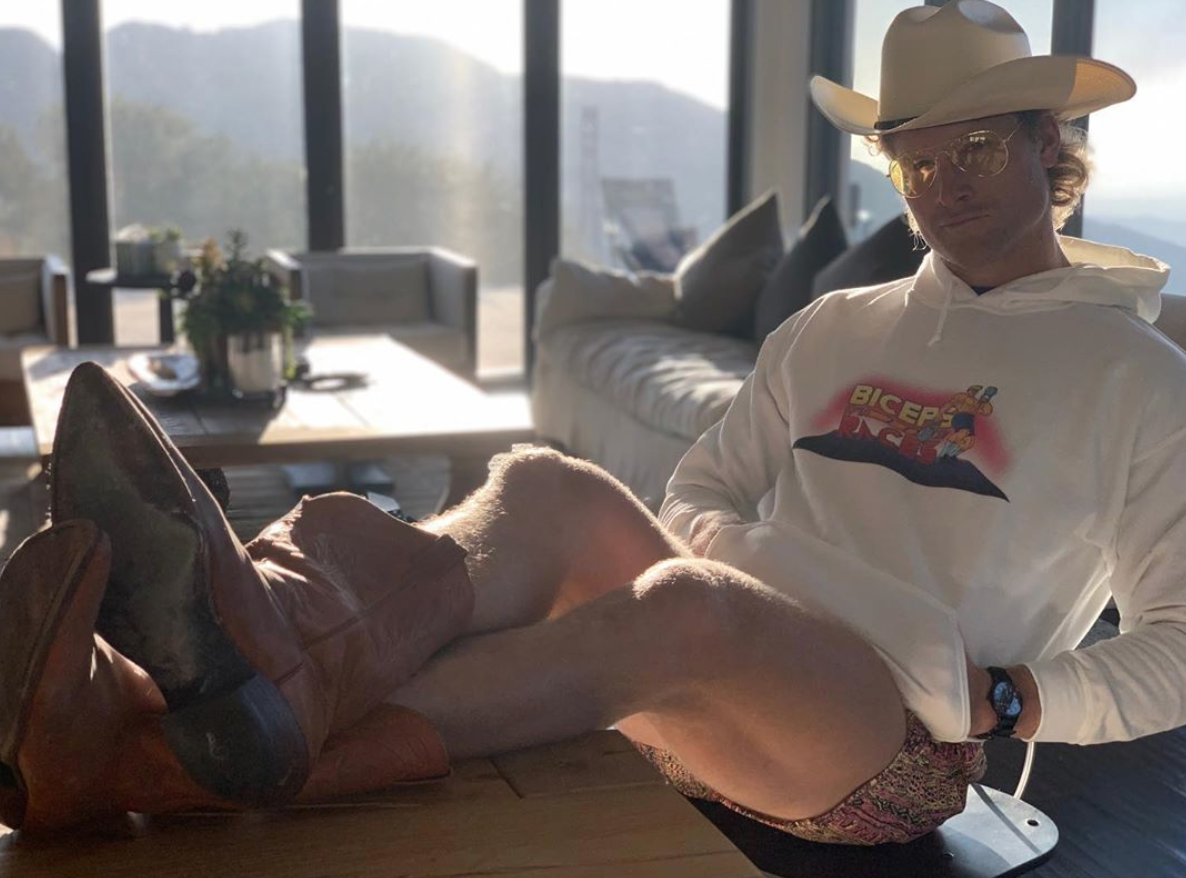 Watch Facebook Livestreams for this event here! From the mind of Hunter McIntyre, something very special is taking…