After a hiatus in 2017, we’re back with our highest OCR earner list. As was the case in 2016, this list only covers publicly available, published race winnings. It does not include any sort of pay or sponsorships from Pro Teams, nor any of the other usual sources of supplemental income. This may include television revenue sharing, coaching services, affiliate earnings, or other undisclosed payouts. These latter payouts make up a significant portion of athlete earnings, and for some athletes can dwarf race payouts.

These USD-converted earnings are rough at best and should be treated as such. 2018 saw a fair amount of obstacle racers pulling in mid to upper 20’s in race earnings. While these figures aren’t by any means earth-shattering, they are a positive sign. After all, there was a time when only the very top racers were making these amounts.

Nicole Mericle narrowly edged out a group of racers, including Tough Mudder X champion Emma Chapman ($25,000) for the number 8 spot. Thanks to her strong performances at the several championships. Mericle won two titles at the OCRWC Championships in England, a first and duel 2nds at the OCRW North-American championships, and a second at Spartan’s North-American Championships.* Nicole closed her season in style, racing three times over two days at the Spartan Trifect World Championship in Sparta, where she placed second, and then claimed a title no one else on this list has: The Red-Bull ‘All-In.’ There was a time when Hunter McIntyre seemed next in line to Hobie Call’s throne as king of OCR, but Hunter has never seemed particularly concerned with fulfilling other’s expectations. In the last two years, he has moved away from the OCR scene, racing just 8 times total. Hunter didn’t race a single Spartan Race in 2018, but he did compete in the Tough Mudder X  series, where he went three for three, including a win at Tough Mudder X finals that was worth $25,000. Sure, his winnings have dropped significantly from previous years, but no need to fret. Hunter has recently partnered with Beachbody on a video series, and we suspect sponsorship checks will continue to  hit Hunter’s mailbox for the foreseeable future. With an uncomfortable 2017 finally behind him, the sport’s fastest runner returned to form in 2018, diversifying his race series and winning at Savage Race, Spartan Race, and World’s Toughest Mudder’s team competition. At 39, Woods is among a group of racers including Cody Moat, Hobie Call, and Mark Batres, who are proving elite performance can be maintained well past the traditional peak performance windows in running sports. The former Slovenian gymnast has been on more Spartan Race podiums than any other woman in the last 3 years. Despite finishing 5th in Lake Tahoe, Rea has traditionally dominated in the longer race formats. She has not lost a race 8 hours or longer, including World’s Toughest Mudder in 2017 and 2018.  If Lindsay Webster is the best all-around racer right now, Rea certainly has a claim to the best pure endurance racer. The former Spartan World Champion claims the number four spot thanks in part to volume, having raced (at minimum) a staggering 27 times in 2018.  Killian has never avoided racing, but even by his standards his August stretch was truly remarkable: in a span of eight days, he won five races, two of them longer ‘beast’ courses, including the North American championship. Bonus awesome feat: In May he came in first at the Montana Beast, then traveled to Colorado where he won the Sprint the next day. While the 2018 triple world champion (Spartan race, OCRW short and long courses) had another great year, it’s the purse Jon didn’t win that had the endurance world talking. Spartan CEO Joe De Sena offered 1 million dollars to the athlete who could win Spartan’s ‘big three’ of championship races, ie the World Championship in Lake Tahoe, Trifecta championship in Greece, and the Enduro 24-hour championship in Iceland. Albon won the first two before coming up short in Iceland, and although most remained dubious to the possibility of the triple, he certainly gave his all in chase of it.

Despite our hesitancy to enter the absurd ‘best athlete’ conversation, Albon might just have a case as to the most well-rounded endurance athlete on the planet. His 2018 resume includes wins in everything from the 3k to two-day orienteering events, Skyrunning series, and even a victory on the roads in the marathon. North America’s top male racer didn’t compete in as many Spartan Races as the others on the list, but that didn’t affect his earnings. Atkins won the 3k, 15k, and the coed team title at the NorAm champs, as well as the 24 hr Championship in Iceland. His efforts in Iceland also netted him an additional 10,000 bonus from Joe De Sena.

While many claimed Hunter would be the first “Million Dollar Athlete” in OCR, it appears it might actually be Ryan who will be the first. If our math is right, Atkins may have already eclipsed $500,000 in career winnings alone. What more can we say about Lindsay Webster at this point? Webster has won nearly everything available to her over the last three years.  This year she re-asserted her dominance, taking first in 19 of the 21 races she entered. Mind you, she wasn’t cherry-picking Sunday races. She won Spartan’s National Series and World Championships, the 3 km, 15km, and team races at Nor-Am champs, the 15km at OCRW Worlds, the Tougher Mudder crown in Seattle…. there’s too much to list, so do us a favor and just take a look below.

Webster’s current run in OCR is something we haven’t seen since the early days of the sport when Hobie Call and Amelia Boone reigned supreme, if at all. In this sport, athletes continue to excel through their mid-30s, and we don’t see the 29-year-old slowing anytime soon. 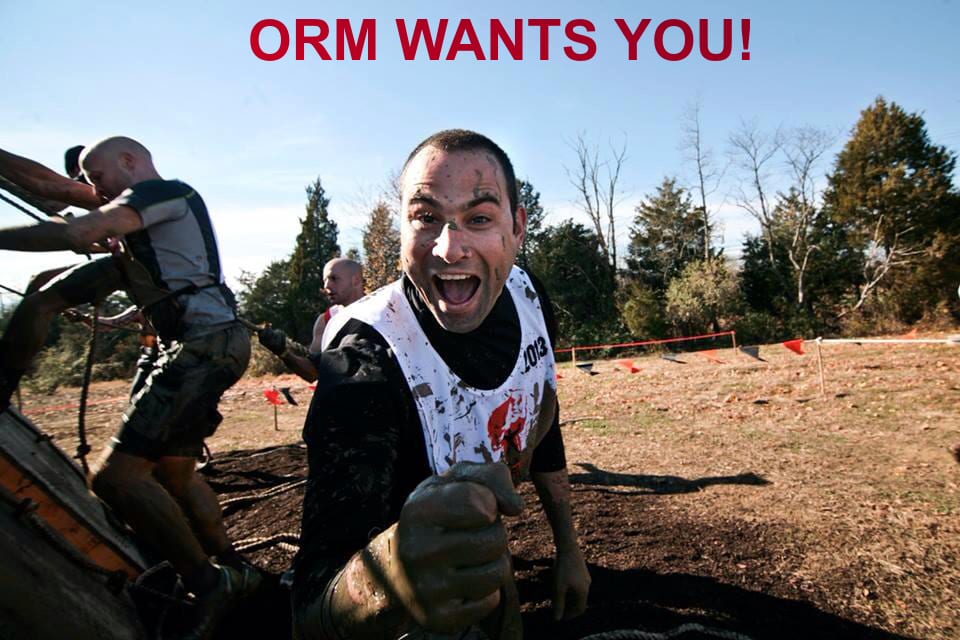 Summary: Our own Matt B. will be competing in this year’s Summer Death Race and World’s Toughest Mudder.…