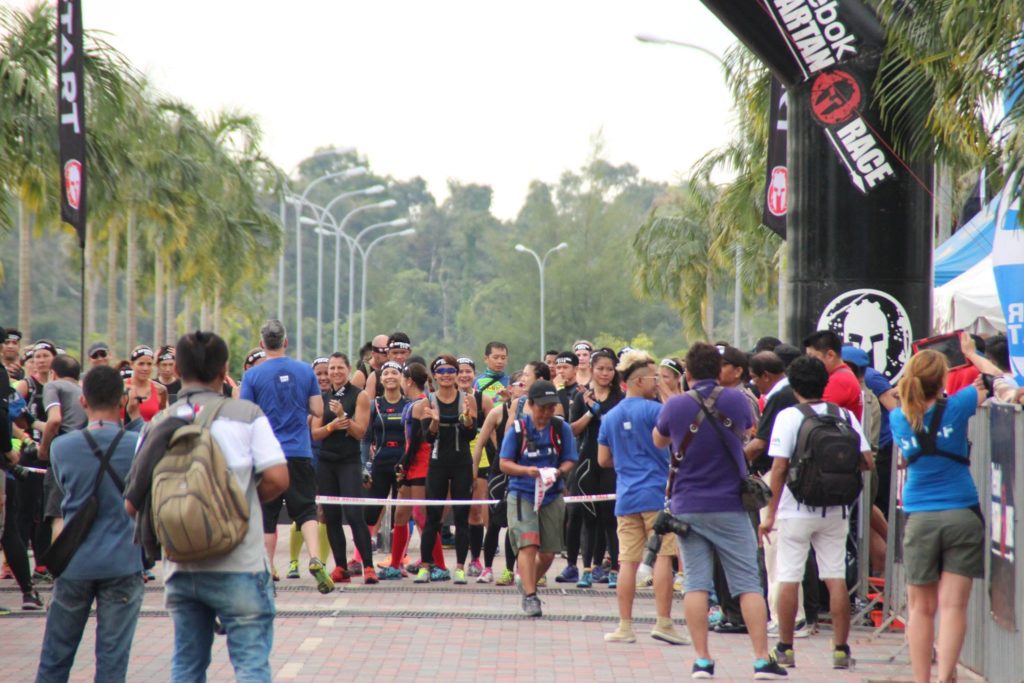 It has been a busy twelve months in Asia for Spartan, with the debut of the Sprint distance being held only a year ago in Malaysia and expanding to see races organized in China, Singapore, South Korea, Taiwan and Hong Kong.

This time around the Singapore Beast race saw it go offshore to Bintan, an Indonesian Island which is a ferry ride away from the mainland, with most of the 3,000 participants opting to stay over for a weekend getaway.

The marketing for the race promised a much harder course than previous Asian ones with tougher obstacles, water crossings, a lot of mud, beach runs and varied terrain.  And it certainly delivered that!  Even Joe De Sana, Spartan Race Founder, who completed the race, said it was one of the best courses he had seen.

As the horn sounded to mark the start of the elite race, we were met with an aggressive 2km soft sand run to really get the legs warmed up, with the only break in running being the A-Frame cargo net set up on the beach.  Next it was off the sand and onto giant boulders and into rock pools that seemed never ending with no shoes being able to hold steady against slippery rocks and waves crashing in.  And just as you thought there may be some relief, there was a steep hill climb into the jungle straight out of the water.

The rolling terrain was certainly varied as you went from beach, to jungle, to what seemed like a clay desert and then through mud and back into water.

Over a few hurdles and walls and before I knew it I was at the memory wall (it seems every race in Asia includes this as an obstacle).  This time I vowed not to forget it repeating it to myself for 21 kilometres… LIMA 383 2898!

The bucket brigade appeared next and after the brutal one in Tahoe uphill I figured this would be easy in comparison, which it was.  Onwards to a series of mud pools and then a short sandbag carry into the jungle and the inverted wall.  It was about this point when the cracks started appearing for everyone.  The first 6km felt like 16km due to the 90 degree 100% humidity weather and no one looked like they were having fun. 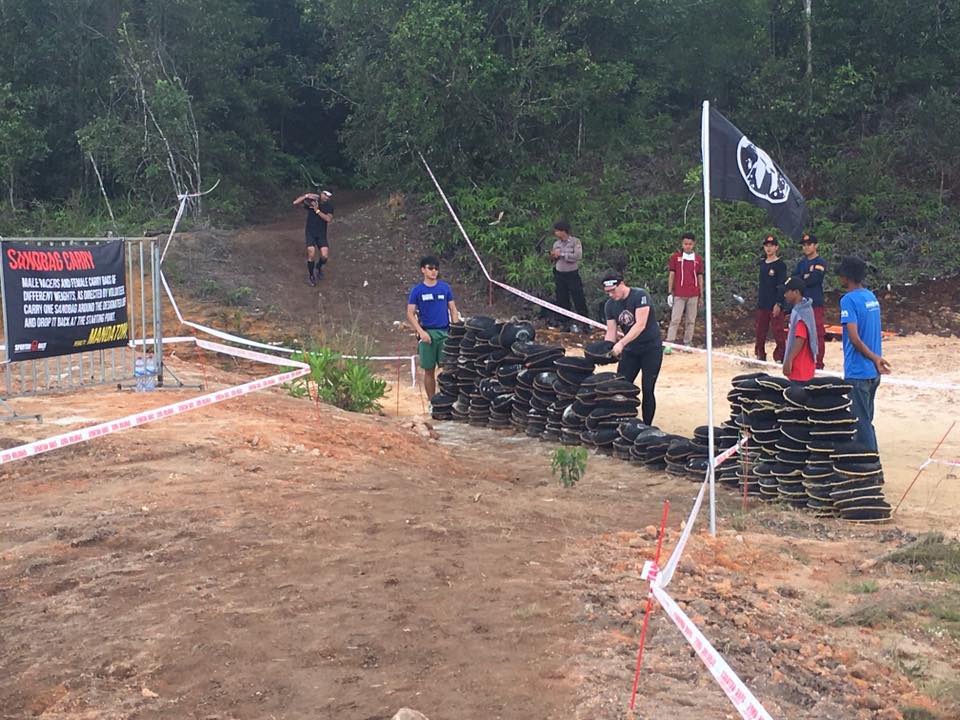 Heading back into the village, and almost at the half way mark, saw a tough series of obstacles one after the other.  A tractor pull, spear throw, multi-rig, z-wall, atlas ball carry and monkey bars resulted in everyone doing at least one set of burpees.  And if that wasn’t enough, there was a river swim to get to the next part of the course.  The water was a welcomed cool down, but the leg cramps that followed were not.  I passed more than ten guys laying on the ground in pain not being able to walk. 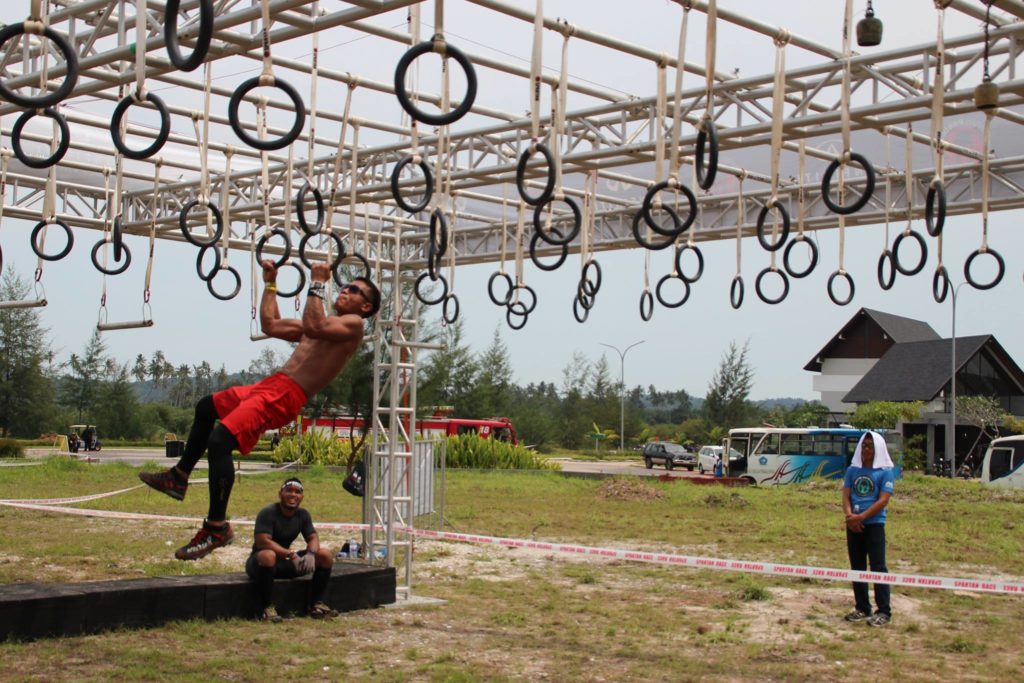 It was back to a long stretch of running on the varying terrain being interspersed with more walls, tyre flips, tyre drags, the Phoenician pass (with buses driving under it), and a lot of water crossings.  The tyrolean traverse was the longest one I have ever seen in a race, I took burpees as I cramped too much, which turns out was a much better option as the guy next to me fell flat on his back and hurt himself.

Thank heavens I was now two thirds down and was hoping the rest of the race would be kinder.  The log hop was next and a new addition which proved to be fun.  Followed by another long hot run and then the million-dollar question was asked… “what is your memory code?”  BOOM!  I answered correctly and off down the beach I ran.

A balance beam set up in the ocean was next and then the vertical cargo, a very long and rocky barbed wire crawl and the stairway to Sparta. I knew it was only about 2 kilometres and I would be done. 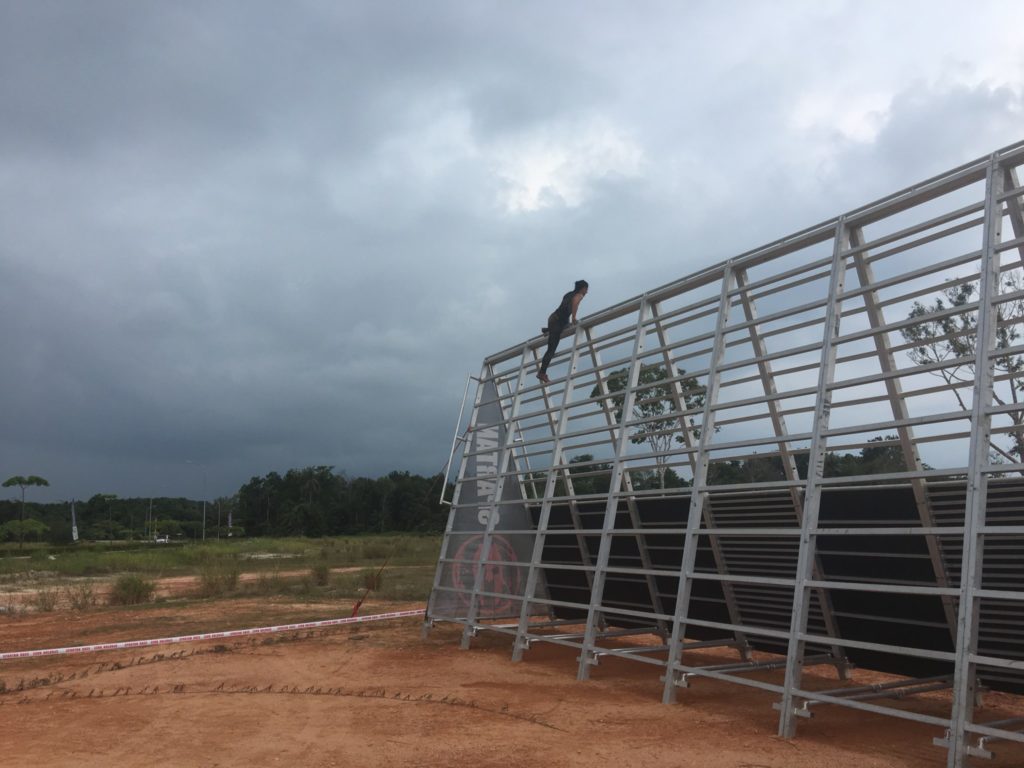 A run back towards the village with some rolling mud and a dunk wall thrown in for good measure before hitting the Hercules hoist and a sand barbed wire crawl on the beach.  A sprint down the beach and I knew what was next – the rope climb set up in the ocean.  Not so easily done with waves crashing into your face trying to get a decent grip, but I held on for dear life and rang the bell before letting go to fall into the water (thank heavens it was high tide!) 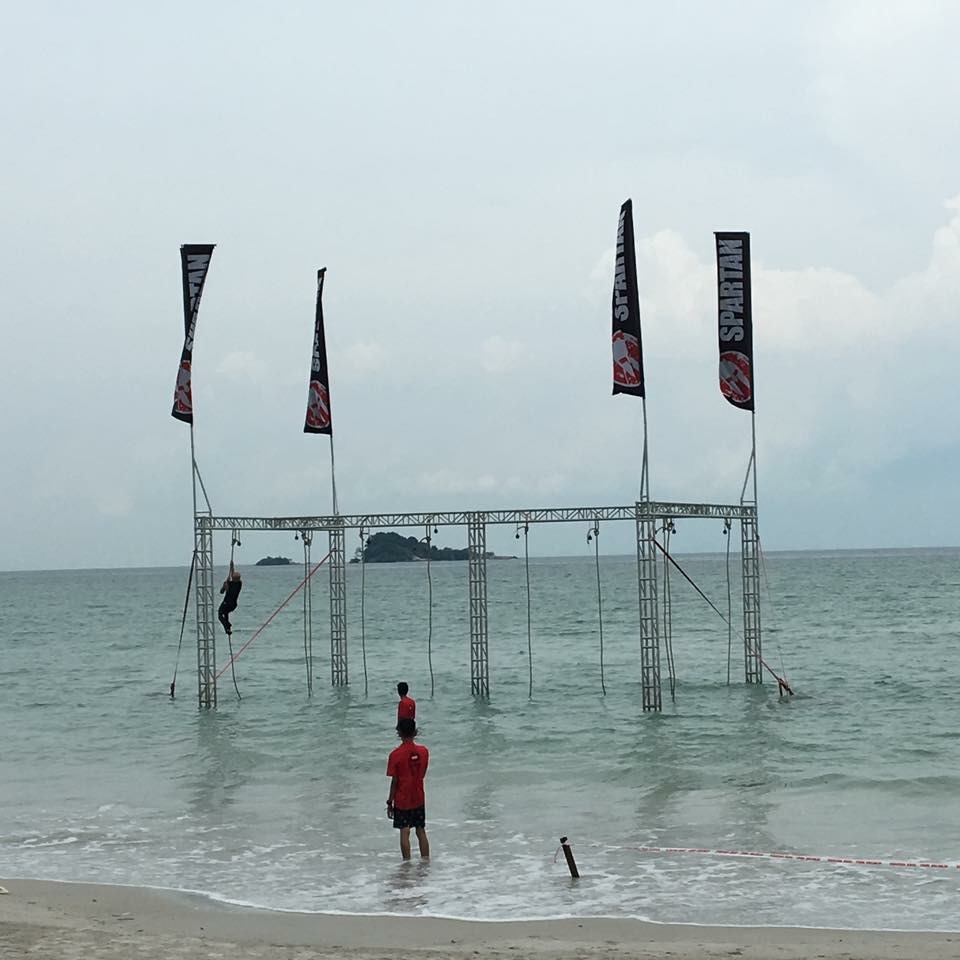 Over the slip wall and a jump across the fire and I was done!  A respectable third place in the elite women and first in the masters.  The coconut handed to us on finishing never tasted so good.

The race was by far the best organised one I have participated in in Asia.  The volunteers were amazing, plenty of water stations and they policed the burpee count toa degree (something that has been sadly lacking before).  But as with any obstacle race I saw a few people stretched off due to broken limbs and heat exhaustion, and sadly there was a death in the race due to a heart attack.  A reminder to always offer help to anyone on the course that may need it, which is the real essence of the obstacle race community.

Spartan Race World Champs: Get Out of Tahoe 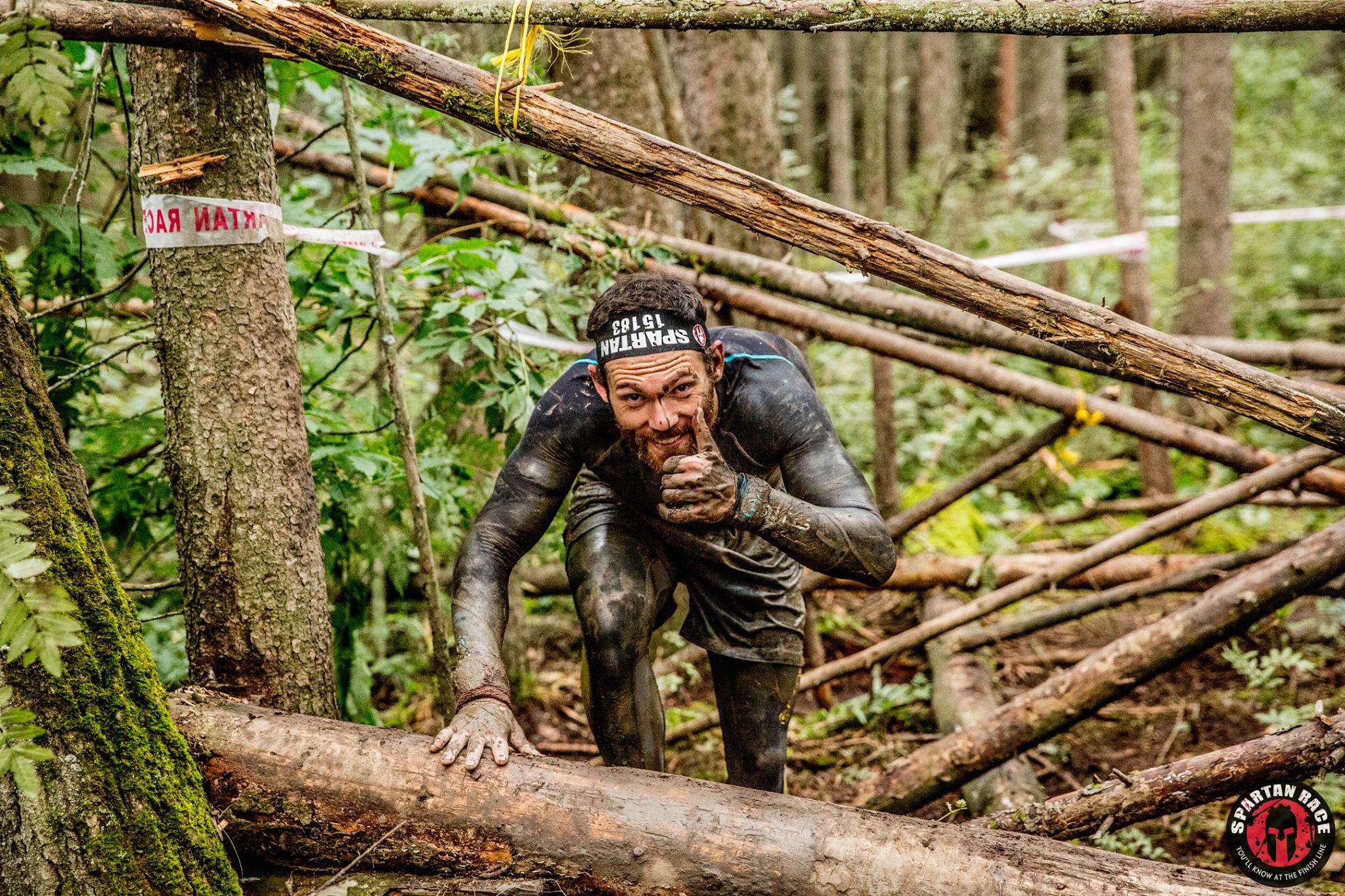 “We have to keep making things harder”, said Dean Stanton, Director of Spartan Race Western Canada. He was…

Strong Viking claims to be the best obstacle run in the world! They were chosen as the best… 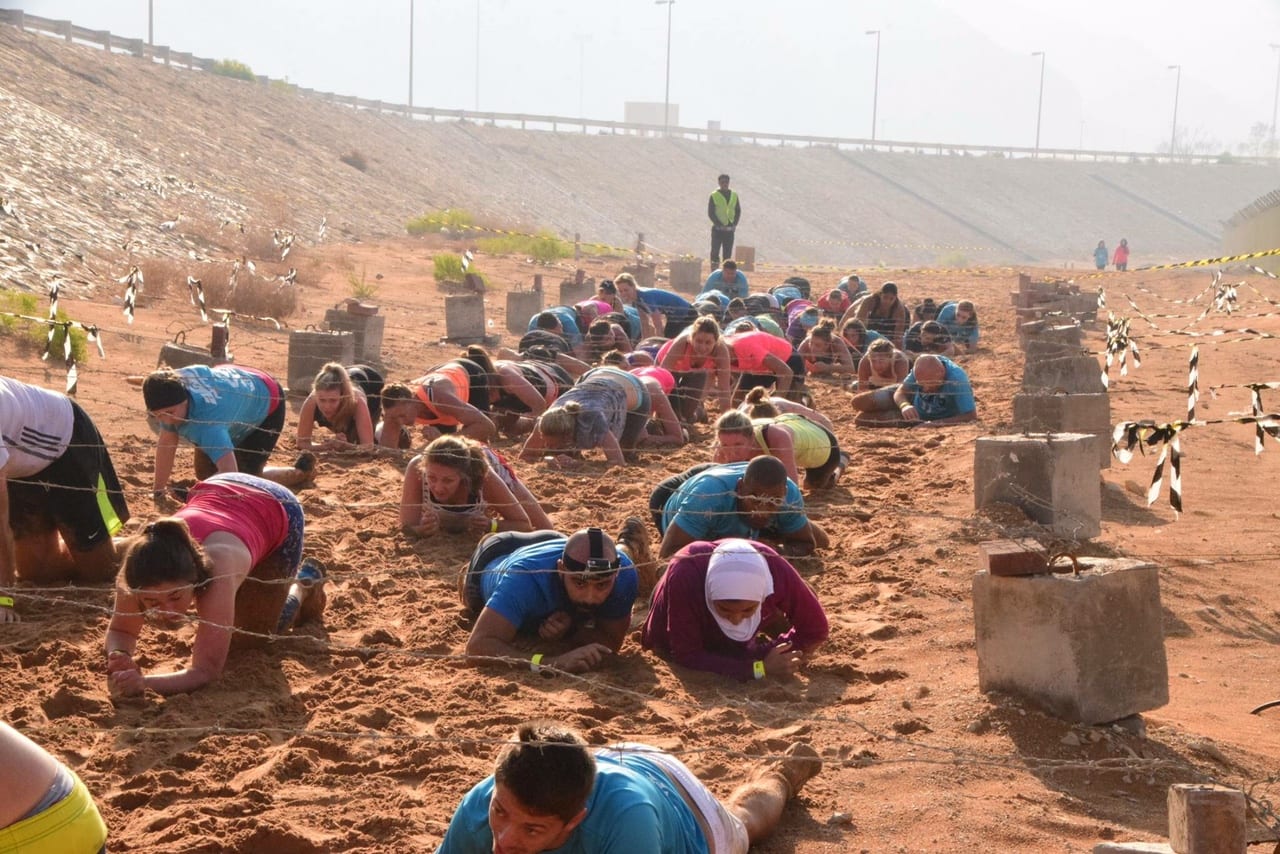 Wadi Adventure Race (W.A.R.) 11 took place on a Saturday morning on the base of Jebel Hafeet in… 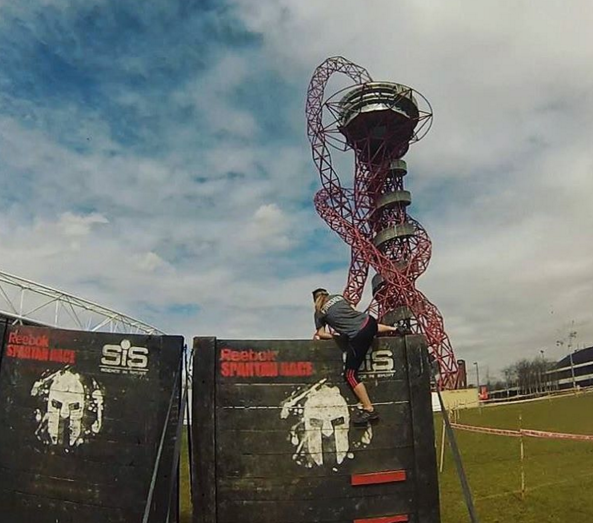