I came across the Microsoft Band 2 after news that my Nike+ Fuel Band SE was no longer being supported, and I said the same thing most people probably do when they hear about it; “Microsoft has a fitness device?!” I had tried the first iteration of the Microsoft Band, which was met with disappointing results. This was only shortly before I heard of the next iteration, which seemed to solve all previous concerns. I was eager to try it. I went out and bought it on November 7th, the day of release.

Also, you may not have heard that Microsoft released it’s first fitness wearable in October of 2014. More than likely you probably had no idea they released an updated version, just a few weeks ago, either. In the ever-expanding world of fitness wearables and smart watches, Microsoft isn’t exactly a name at the top of the list, but they’re changing minds with their newest entry into the market, the Microsoft Band 2.

The fitness wearable market has exploded in the last 18 to 24 months, but the common theme I have found is that a lot of devices are great at doing one thing well, but there is no device that does everything to my satisfaction. Each device I have tried, required me to compromise in one way or another. Garmin does GPS great, but lacks quality integration with your mobile device. The Apple Watch integrates perfectly with your iPhone, but can’t do GPS without being tethered to your phone. Pebble, FitBit, JawBone.. the list goes on and on, and as such, so does my hunt for the “perfect” fitness wearable.

The Microsoft Band 2 is the most feature rich wearable I have come across however, taking advantage of all those feature, especially at one time, say during a 10K or Stadium Series Spartan Race, battery life can suffer mightily.

Battery Life – I got a little over 2 hours while tracking my Spartan Race time, distance, and GPS, but while wearing in a day to day scenario, I get two days of usage before charging is necessary. The charge time from 0%  to full comes in at only about 90 minutes, which makes it easy to fill up while I get ready for work in the morning.

Gorilla Glass – Now with the display of the Band intended to be worn on the inside of the wrist, my main concern was scratching the display. After a month of usage, with no real specific care to avoid banging it around while at the office, the display is still gleaming.

Heart Rate Monitor – The heart rate monitor tracks, in real time, your heart rate whether you’re in the middle of a run, or workout session, but it also tracks resting heart rate during the day as well. To add to that it even keeps track while you sleep, noting what your highs and lows were during each activity.

App Home Screen – Microsoft’s Health App is quite simple to use and navigate. So simple it almost seems like it should have more features built into it, but when you dive into each individual tile (all of which are able to be re-organized by the end user), you find great statistics and details just a touch or two away. For those who want even further detail, their web portal offers even more detail, including comparison amongst other users, friends or demographic based.

Sensors – For me, this is where the Microsoft Band 2 really excels. Again, there’s a bunch of fitness devices that focus on doing one or two of these really well, but I’ve been very impressed by the level of tech packed into this tiny shell. You’ve got a gyrometer, accelerometer, and barometer, to track movement. Galvanic skin response sensors, and UV sensors to measure perspiration and how quickly my pasty white self will need to reapply sun screen. Also, for the 1.7% of people out there that have a Microsoft Phone, there’s a James Bond style microphone built in, to sync with Cortana. I would love it if they extended this outside the Windows 10 type integration.

Extra Features – Unrelated to the world of OCR, I love that this device has integration with TaylorMade’s home grown golf GPS database. Simply choose the course you’re playing at, and the Band will automatically start tracking your shots as you navigate the course, giving you real time updates on distance to the pin, elevation, etc. The open source nature of the software as well allows people to develop their own apps and tiles for the Band. We’re starting to see some of these come out with each update. Notification for your specific sports teams, Tech news from Engadget, and more have all been released in just the last month.

Where the Band falls short, especially for this audience, is it’s sensitivity to water, mud, dirt and dust. It’s listed as “water-resistant”, but not for extended periods of submersion. The casing also is subject to scuffing and scratching. The Fenway Spartan Sprint left a few battle scars on my device only a few days into the usage. The folks at the Microsoft Store shared stories with me of customers returning their old bands that “looked like that had been through a cement mixer” because of the soft shell exterior and Gorilla Glass display.

A little background, my fitness lifestyle consists primarily of obstacle course races (Spartan, BattleFrog, Bone Frog, etc) along with events like Ragnar, road racing, and regular trips to the gym. This should give you a little bit of my desired features: Heart rate tracking, real-time GPS, workout tracking, etc.

The Microsoft Band 2 will seem bulky to some. It’s large clasp will see odd at first. It’s one of the only fitness bands that makes more sense to have the display on the inside of your wrist, but that’s the only way that seems right, to me. What it may lack in aesthetics, it makes up for in over 10 different sensors packed into a small shell. Those include: an Optical Heart-Rate Sensor, Galvanic skin response sensor, UV sensor, standalone GPS, Barometer, and more.

The Microsoft Band 2 integrates with some of the most popular fitness platforms out there, including Strava, MyFitnessPal, RunKeeper, Strava, and even a TaylorMade golf GPS app as well as support for payment at your local Starbucks. Microsoft also has it’s own proprietary health database, Microsoft HealthVault, which can help you keep track of everything the Band can do: Tracking your sleep quality, weight lifting programs, yoga, running, and more. Being able to integrate into all of these databases ensures that you see the data in the manner in which you want to see it, instead of having to use a proprietary app, a huge plus in my book.

Overall, the pros of the Microsoft Band 2 far outweigh the cons for everyday usage. Don’t let the stigma of the Microsoft name, prevent your from taking a long hard look at what should be a very strong competitor in the fitness wearable market during this holiday season. It’s got a great feature set, and more sensors that any other fitness device on the market, making it a feature rich juggernaut. The lack of true water/dust/mud-proofing is what really will make it difficult to commit to for the true OCR enthusiast, especially with a price tag of $249. Buy this for everyday working out and tech integration but if you need a watch for OCR usage, look to the guys at Garmin or Suunto.

What people say... Used it before? Leave a review
Order by: 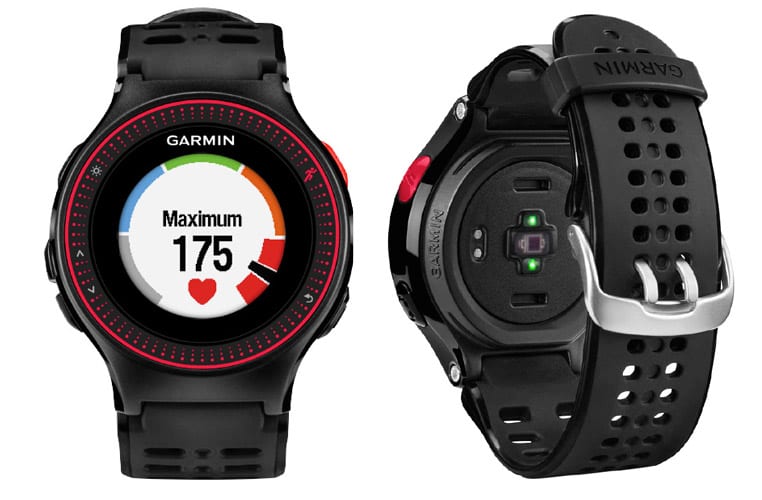 The Garmin 225 is the best GPS watch I have ever owned to date. I say this because… 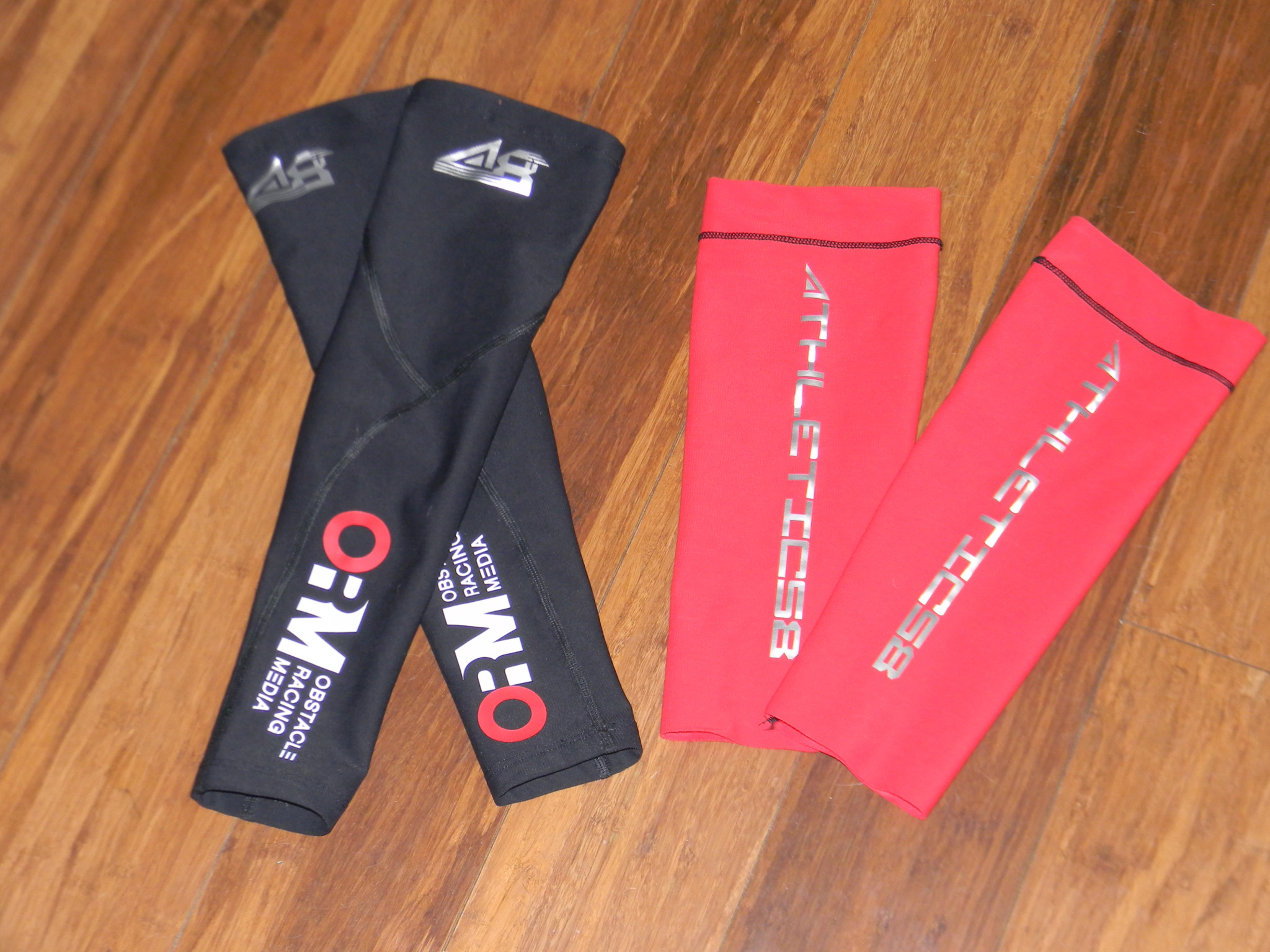 I have always been an advocate of compression wear ever since I started running half marathons in 2013.… 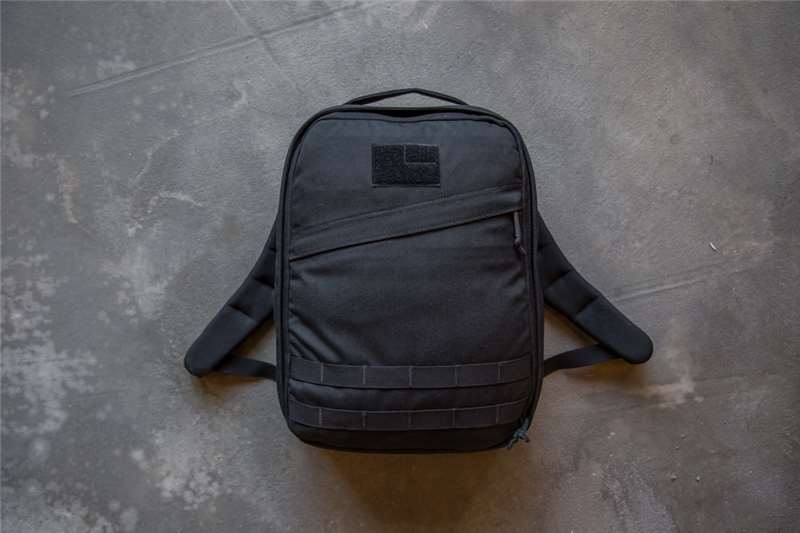 The GR Echo by GORUCK is their smallest rucksack available. By no means does this mean it is… 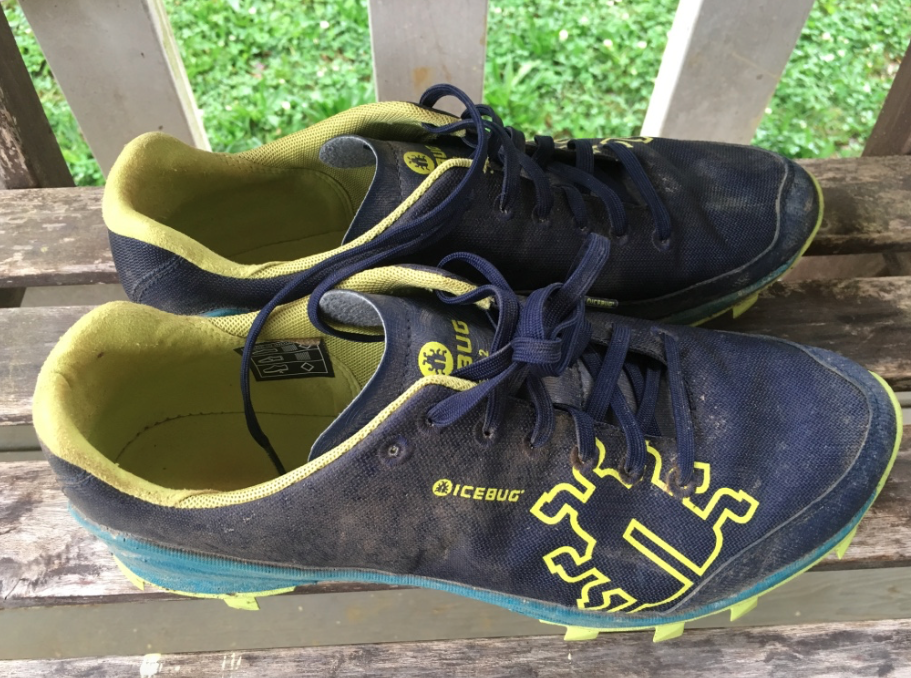 Here is the first look at the Icebug Zeal 2 RB9X® for 2016. The official name of this shoe…