Salomon recently reached out to us at ORM to see what shoes we would like to put to the test. When we did our Best Shoes for Obstacle Course Racing article a little while back this shoe was mentioned to us in comments, privately messaged, and emailed. After some careful consideration we decided on this shoe because it struck us possibly discovering a diamond in the rough. The Salomon S-Lab Sense 5 is a top of the line shoe that is built for performance and speed on the trail. Unfortunately some of the things that make this a great trail shoe make it not as great for obstacle racing.

Quick Drying Mesh  – These shoes are light and breathable which can largely be attributed to the mesh that covers a large portion of the shoes upper. As you can see in the photos it is mostly see through and holds no water. I’m not sure how well this will work for it’s long term durability against rocks but it has held up on fairly technical trails so far.

Internal Sleeve – Salomon refers to this as “EndoFitTM”. It is basically a somewhat firm sleeve that goes from the foot bed of the shoe to the tongue, covering the entire length of the tongue. I’m on the fence with this feature because I like the snug feeling but at the same time I can experience pain in my feet when my shoes are on too tight. This amount of snugness is cutting it very close for me but it hasn’t caused any pain, it has taken some getting used to. 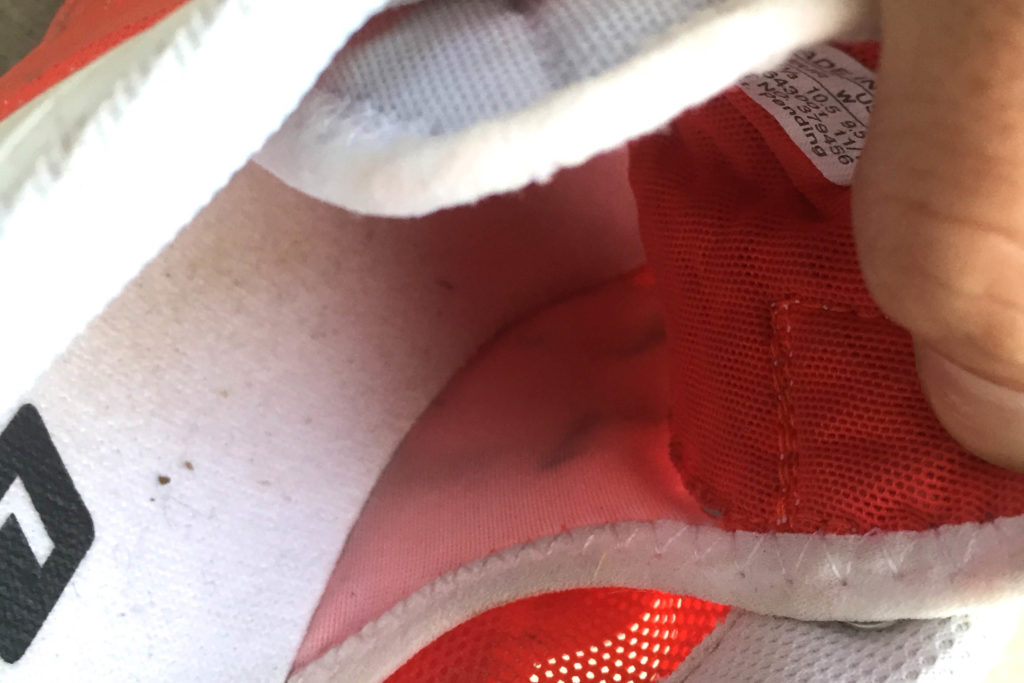 Lacing System – The lacing system is a pretty standard but very well made quick pull lacing system. I personally prefer normal laces but this isn’t the end of the world. They did add a feature which more shoe companies can take a hint from – a lace pocket. After you pull the laces to your desired tightness loop them through lower down on the tongue and then you can tuck it back up into the top area of the tongue in this special pocket. 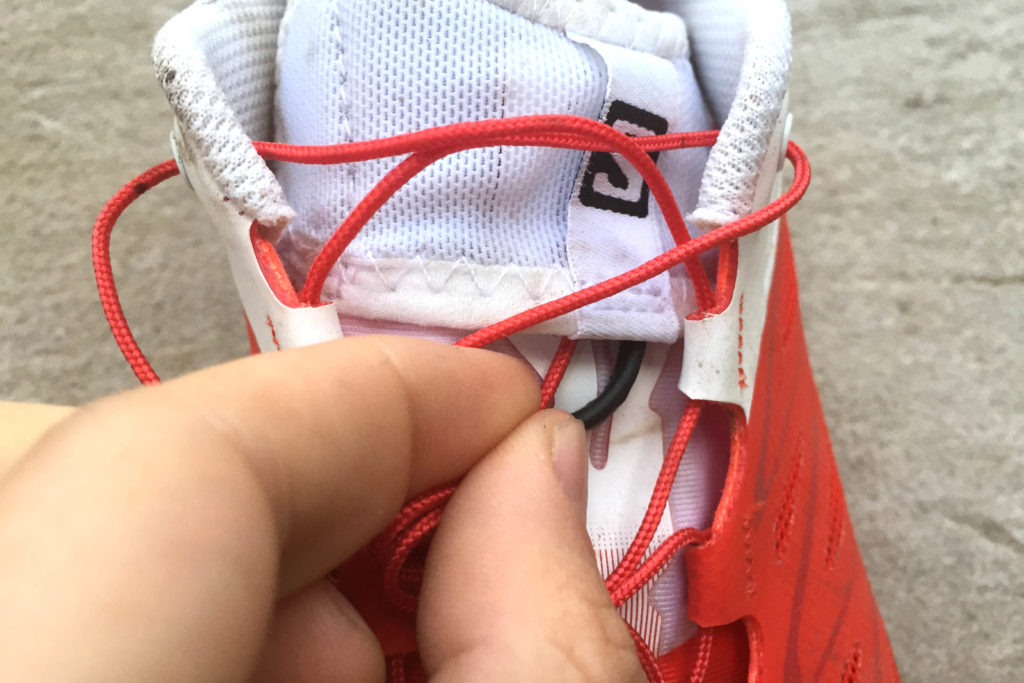 When you look at the grip on these shoes you will immediately notice that this has what you would think of as more standard tread and not deep lugs like more agressive trail and obstacle racing shoes. I took them for my first run right out my front door and onto street which is about 1/2 mile from a relatively packed dirt trail. What is interesting about that is the fact that they felt fine on the road and still had some decent grip when I got to the trail. I did this many more times as my local trails are my preferred place to run without driving somewhere and they generally felt great. But I do have to say that when it rained these shoes started to loose traction on the same trails that they held their own with when dry. The grip on these shoes is very likely their one and only functional downside but it is likely be enough of a reason not to run obstacle course races in them. However Salomon does have another version of this shoe which is basically the same shoe with a little more aggressive lugs called the SG version that you can see here, they are the black and red version, this review is of the white and red version. 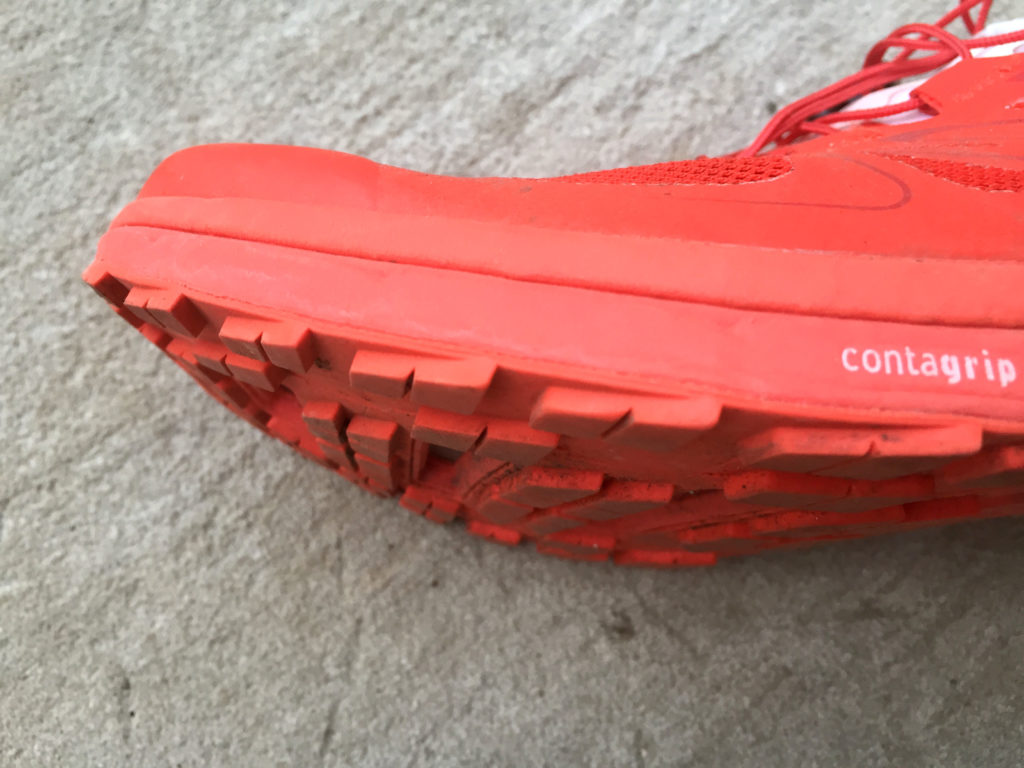 Moving away from the grip, these shoes are amazing trail running and training shoes in most other aspects. They feel extraordinary light compare to all other trail shoes you will run in coming in at just under 8 oz. If you don’t need a ton of support in your shoes these could be a dream ultra running trail shoe for you. I ran about 100 miles in these in a few weeks that I had them and they held up great and I felt like a ballerina, with the lightness of these shoes, while I hopped around roots and from rock to rock. 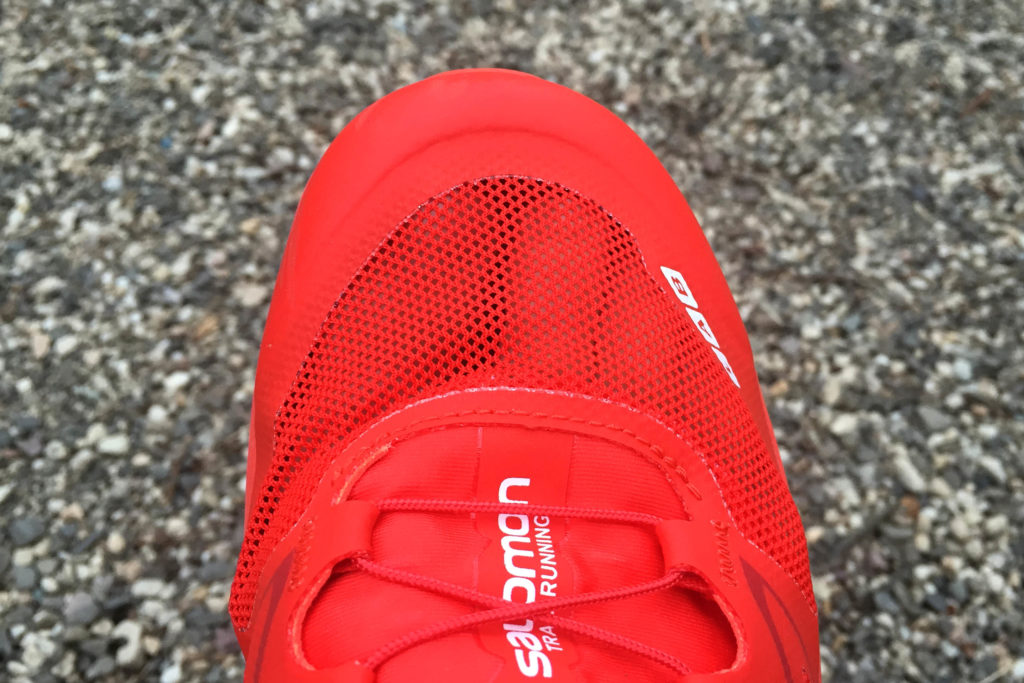 The final thing that stood out was the drain-ability/breathability with all the venting on the shoe. The entire upper is mostly vents (mesh) or synthetic material between the mesh which hold no to little water. I ran in the rain a few times while testing the grip that I talked about above and they felt the same weight as when I started upon completion of my runs.

I had no issues at all with durability for the Salomon S-Lab Sense 5 Ultra. People have had some issues with the larger lugs on the SG version of them but my shoes so almost no sign of wear, just dirt on them from the trails. I was actually kind of surprised by how well the upper has held up as I’ve jammed them into rocks and scrambled around trails since they are so light and thin in appearance. 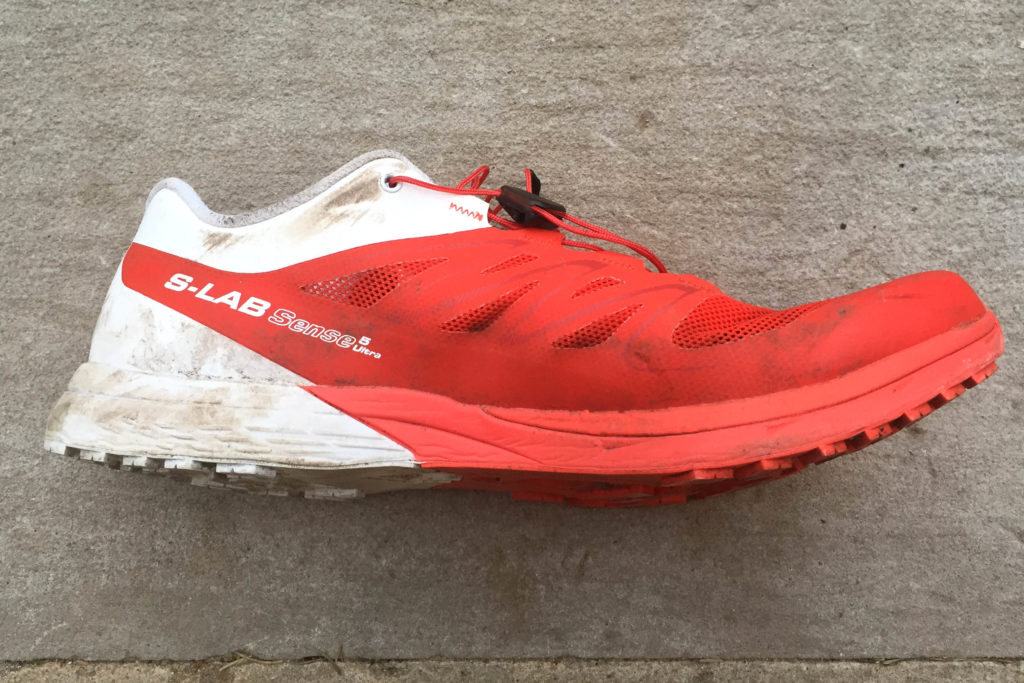 The question about buying these should come down to what you plan on using them for. These are a great fast trail running shoe that would be amazing to train and race trails in, they are not a deep grip obstacle racing shoe. Some obstacle course races aren’t all about mud and running through barely blazed trails – these would work great there. I would not wear these for most Spartan Races, Tough Mudders or even Warrior Dash races. I would wear the Salomon S-Lab Sense 5 Ultra for my next trail race or run without a doubt, another great shoe in the Salomon trail running lineup. 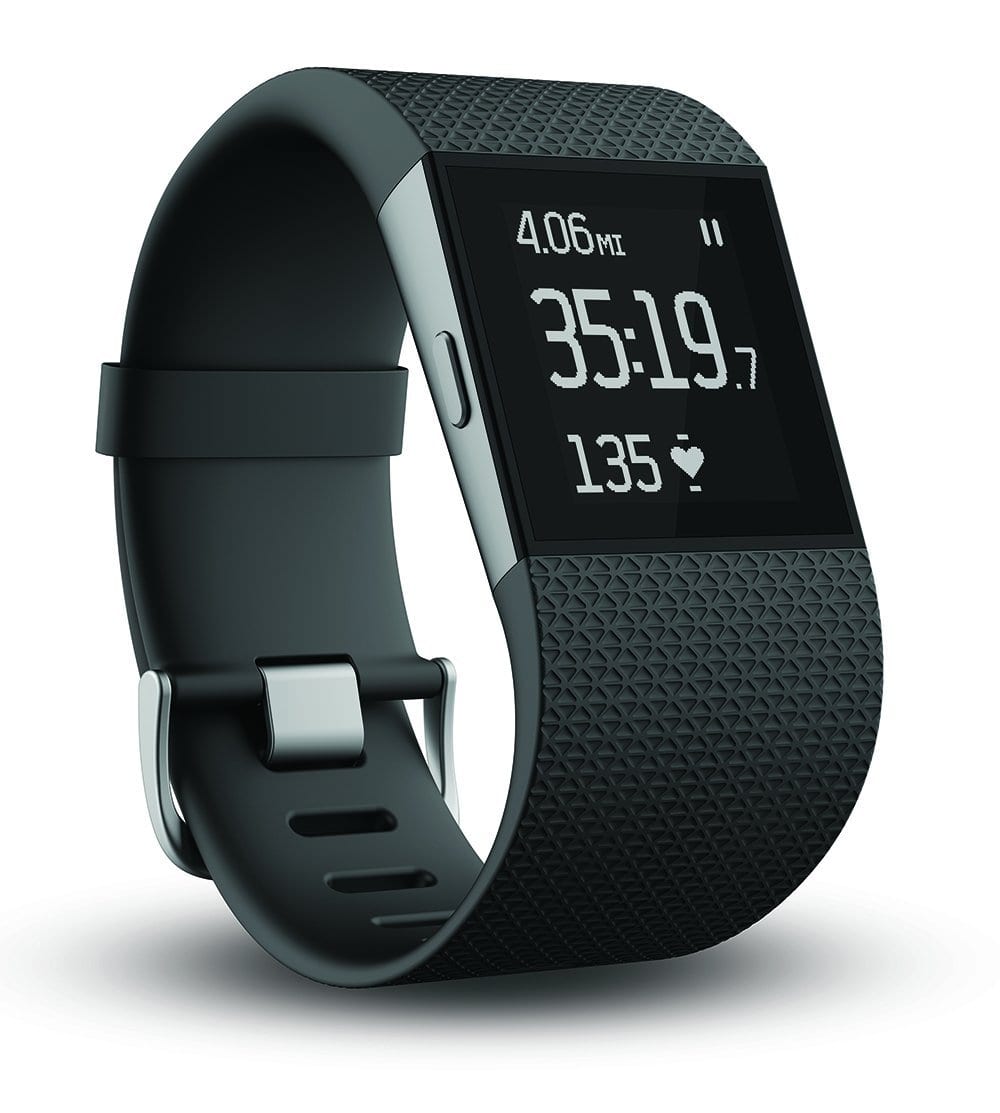 The Fitbit Surge is the currently the most cutting edge watch for the exercise enthusiast. I say “exercise… 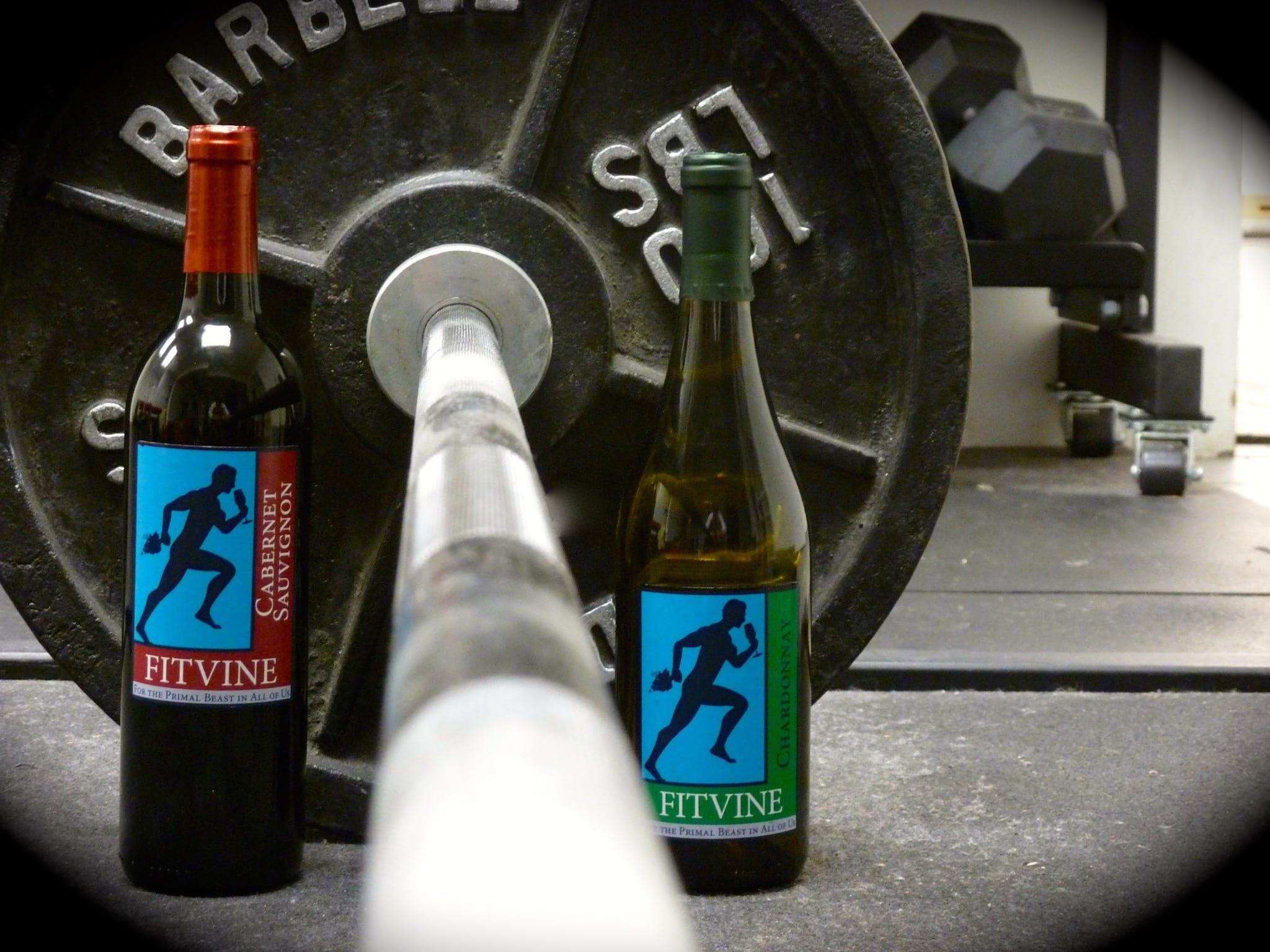 When I was asked if I would like to test the new product FitVine, I thought – Free… 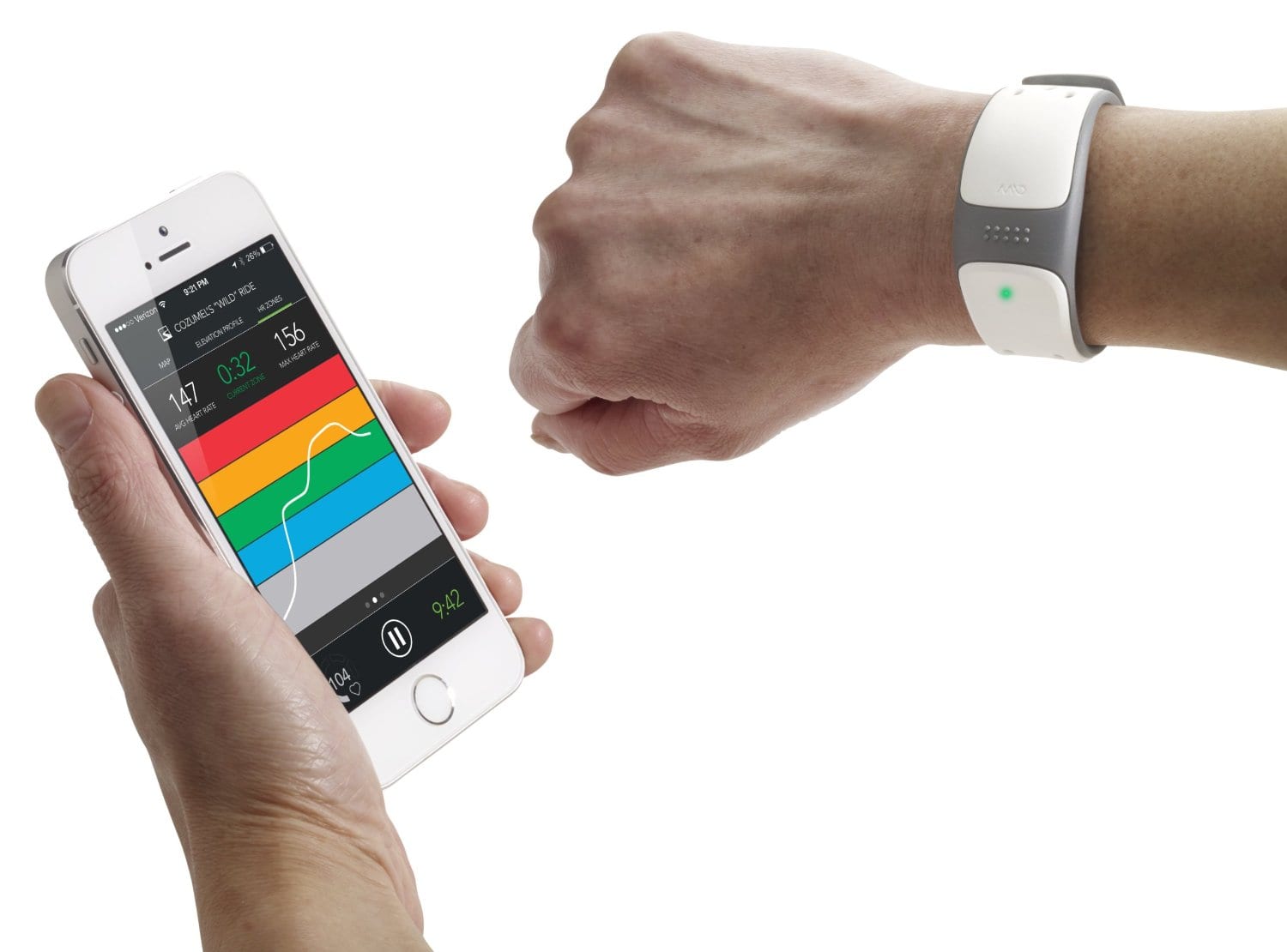