Hoka One One Clayton Review

I purchased the Hoka One One Clayton shoes prior to running A Race For The Ages (ARFTA) when I realized I would be on my feet for potentially 32 hours. In the end I only ran for about 11-12 hours before calling it quits but it was a great initial test for the Hoka One One Clayton’s.  Leading up to the race I had run about 20 mies in the Hoka One One Clayton’s to break them in and since then I have put around 200 miles on them prior to this review. These are not obstacle racing shoes, they are shoes you would run in to train for an Obstacle Course Race. 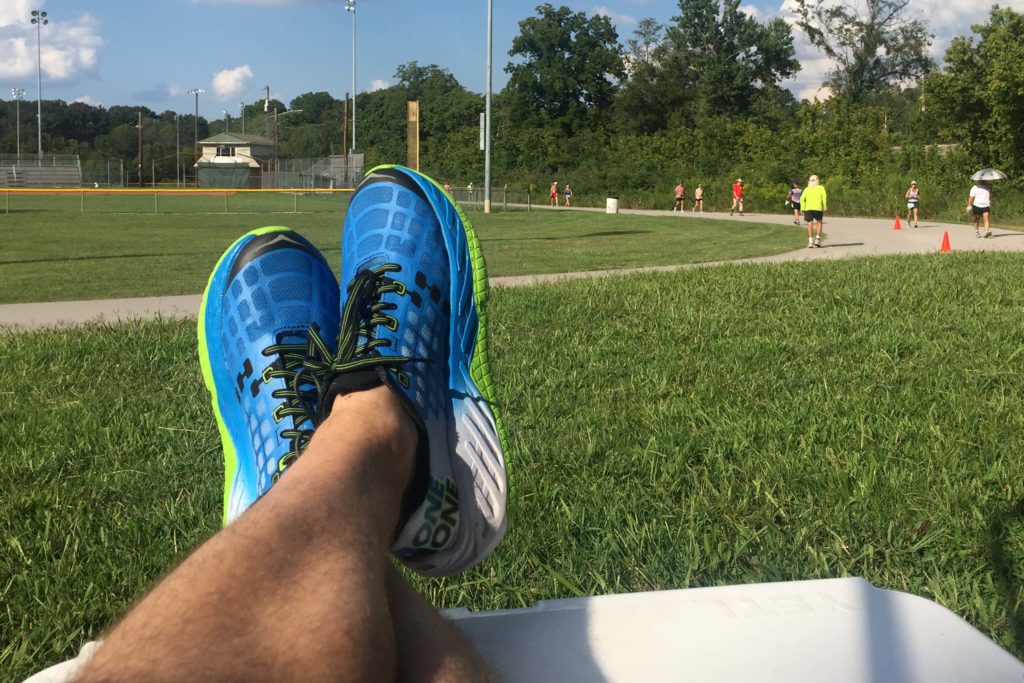 Taking in the view prior to ARFTA

Hoka One One Clayton Features

Lightweight Breathable Upper  – The upper material on these shoes is so thin and transparent that I was very nervous about it’s durability when I started wearing them. It turns out they just got the material (No-Sew TPU Lattice) perfect.

Lightweight Everything – I could go through each element of the shoe but they made everything light. The shoe weighs in at a shocking 7.3 oz. The only area I was a little concerned with the weight cutting was the heel cup. I’m guilty of not untying my shoes between wears and when I slide my foot in I can easily crush the heel area. No problem here, just an observation for some people that may need more shoe support.

Wide Foot Base – Hoka calls this feature – Oversize Active Foot Frame – what it boils down to is the sole of the shoe has a wide footprint. I think this provides some stability that makes up for the shoes general lack of structure. It’s not an often used concept and I wouldn’t want to wear shoes with this feature on a trail run but it works here.

Hoka One One Clayton Usage

As I stated in my intro, I wore these shoes initially for two training runs of around 10 miles prior to 40 miles at ARFTA. One thing I didn’t mention in my intro was that when I ordered them I bought my normal size of 9.5 and a size 10. I did this because my last Hoka’s that I bought felt very short at 9.5 and were constantly rubbing my toes. I tried them on and ended up returning the 9.5’s, this is the first time for any shoe ever in 15 years that I have bought a size up. I was immediately nervous about buying a size up but after running in them I realized it’s the the way I need to buy Hoka’s from now on. My old Hoka Clifton’s have the outside area of both toe boxes cut out so I can wear them on occasion. 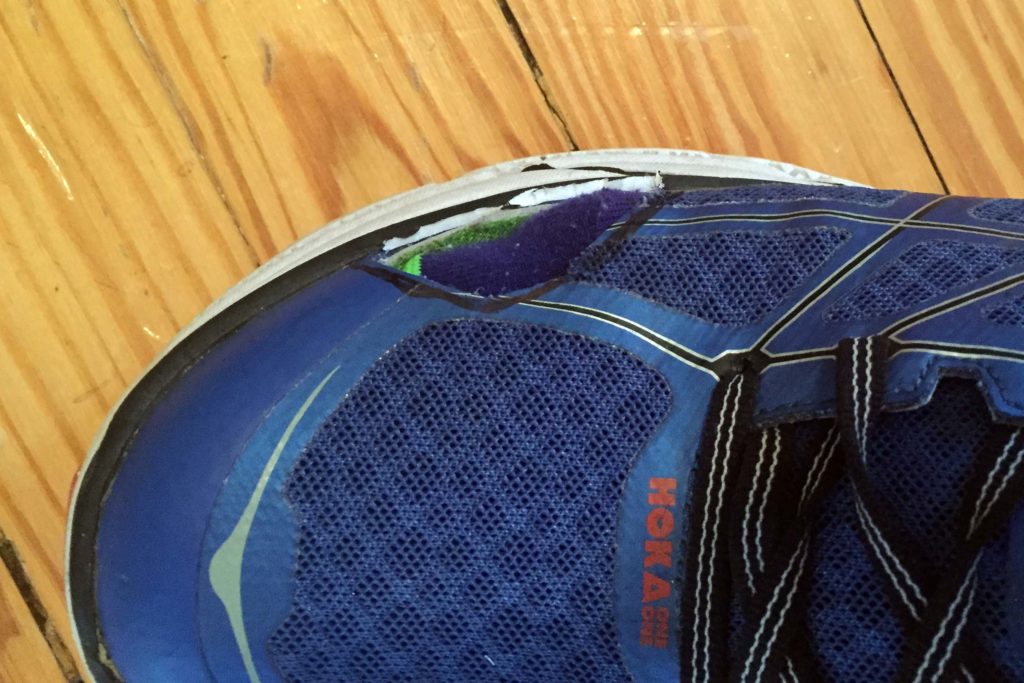 When it came to actually using the Hoka One One Clayton I found them to be surprisingly supportive with their stripped down weight. I mean, you are running in shoes that feel like road racing flats but they have 24mm of cushioning in the heel and 20mm in the forefoot. The break in period was not noticeable (for my body/sore muscles) and pretty much seamless going from Inov-8 Ultra 270’s to these. What I did notice was the very cushioned feel in comparison, these feel like pillows like the rest of Hoka’s shoe lineup.

I have worn them only on packed trails/ road and that is the only surfaces I would suggest because of their wide base. The base of Hoka’s used to make me nervous because it was so built up tall that you can roll your ankle easily in them since the fulcrum point it creates and these are similar but in width instead. They width does feel safer than the platform like style of the other Hoka One One’s.

The only real issue that these shoes have is that the grip is very soft and as a result not durable. They are using a new type of material called RMAT and it trades off durability for performance. After about 200 miles the heel has almost worn through to the cushioning. I’m a little annoyed here because they are such expensive shoes ($150) and it looks like I can maybe get 300-350 miles out of them which is a poor investment for running shoes. I’ll be emailing Hoka to see if this is normal and to get an official response that I will update here.

Hoka One One Clayton Durability

The durability of the Upper is, as I stated previously, perfect. Hoka managed to get a super breathable and thin upper that shows no signs of ripping. The sole is the main area of concern and I would love to hear from other people that have worn these if their soles have worn down fast. Leave Comments and Reviews! 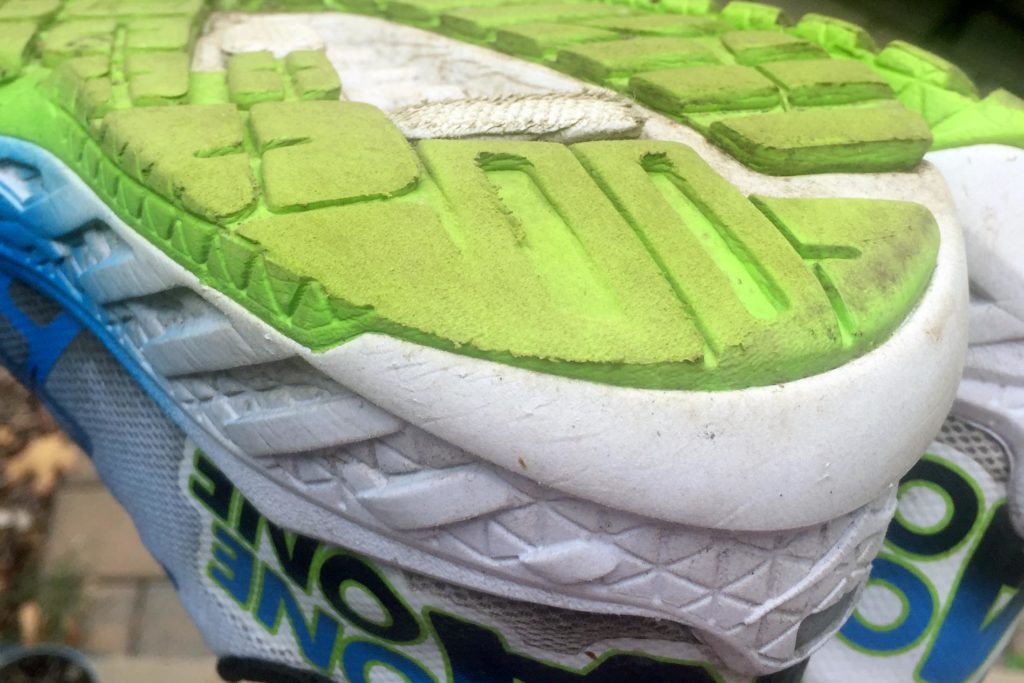 Hoka One One Clayton Pros and Cons

Hoka One One Clayton Conclusion

The main question that matters – would I suggest you buy the Hoka One One Clayton? Yes – but be aware you may need to replace them sooner than you would like. If you are trying to keep you running habit to a bare minimum as far as costs are concerned, don’t buy these. What the Clayton’s bring to the table is a high performance shoe that is on the expensive end of shoes. Like many thing in life you get to pick two – Good, fast, or cheap – Hoka chose good and fast for these shoes and that’s what you get in the Hoka One One Clayton. 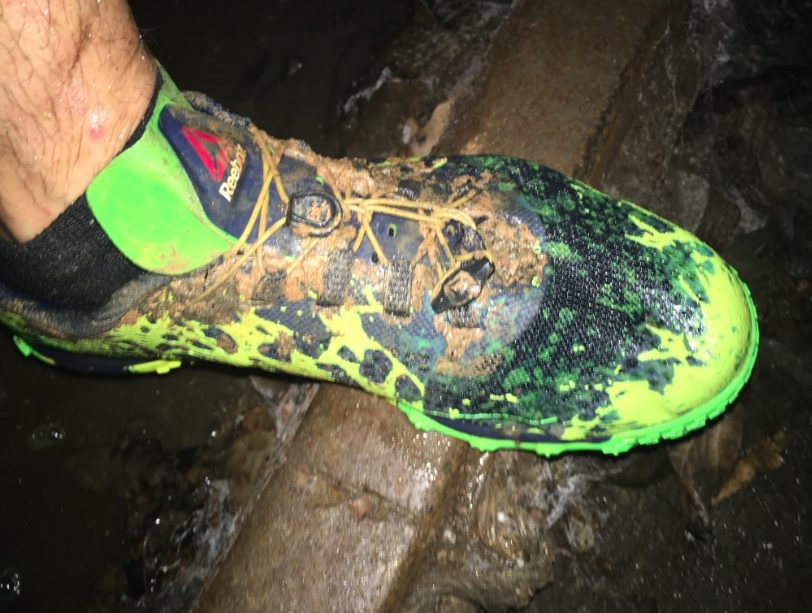 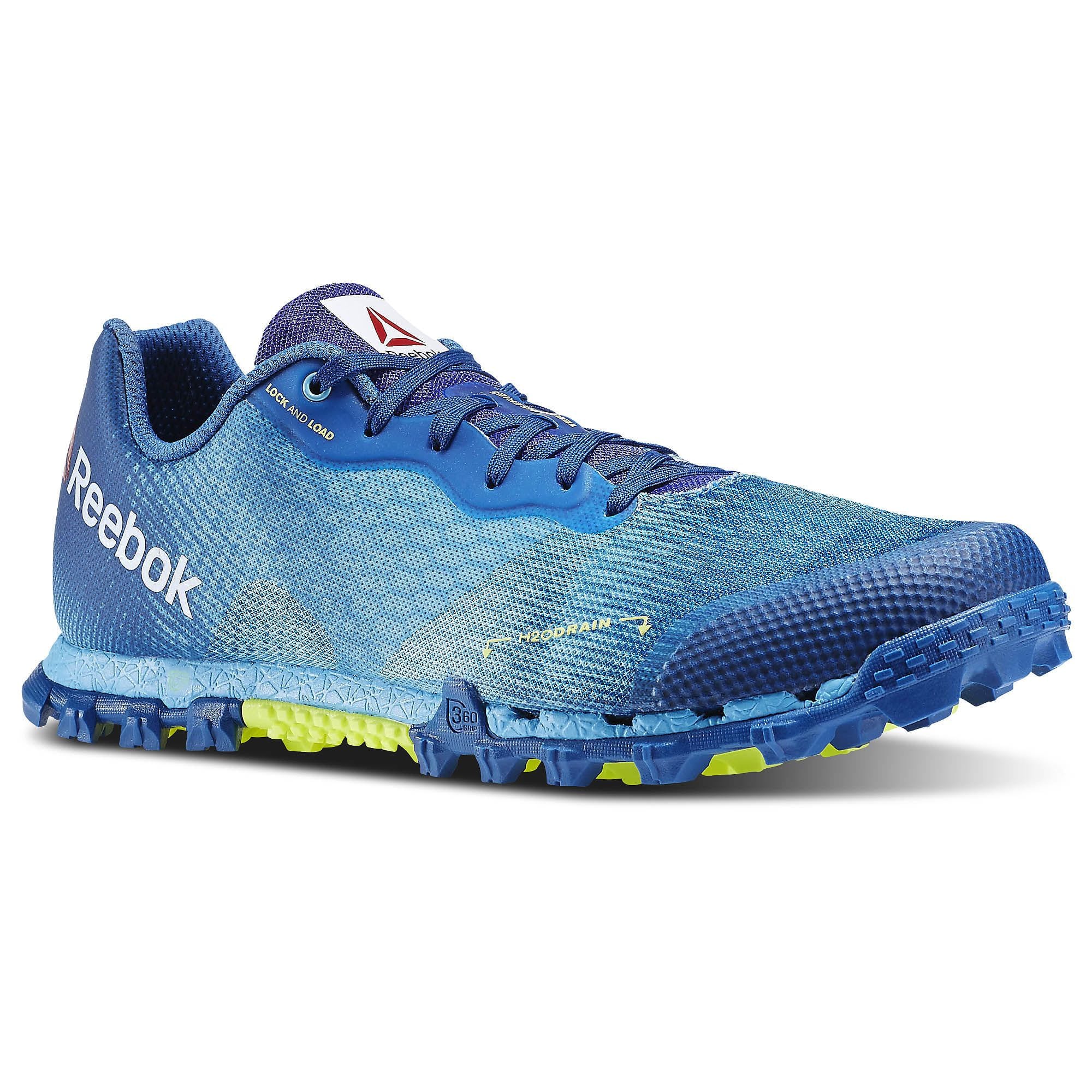 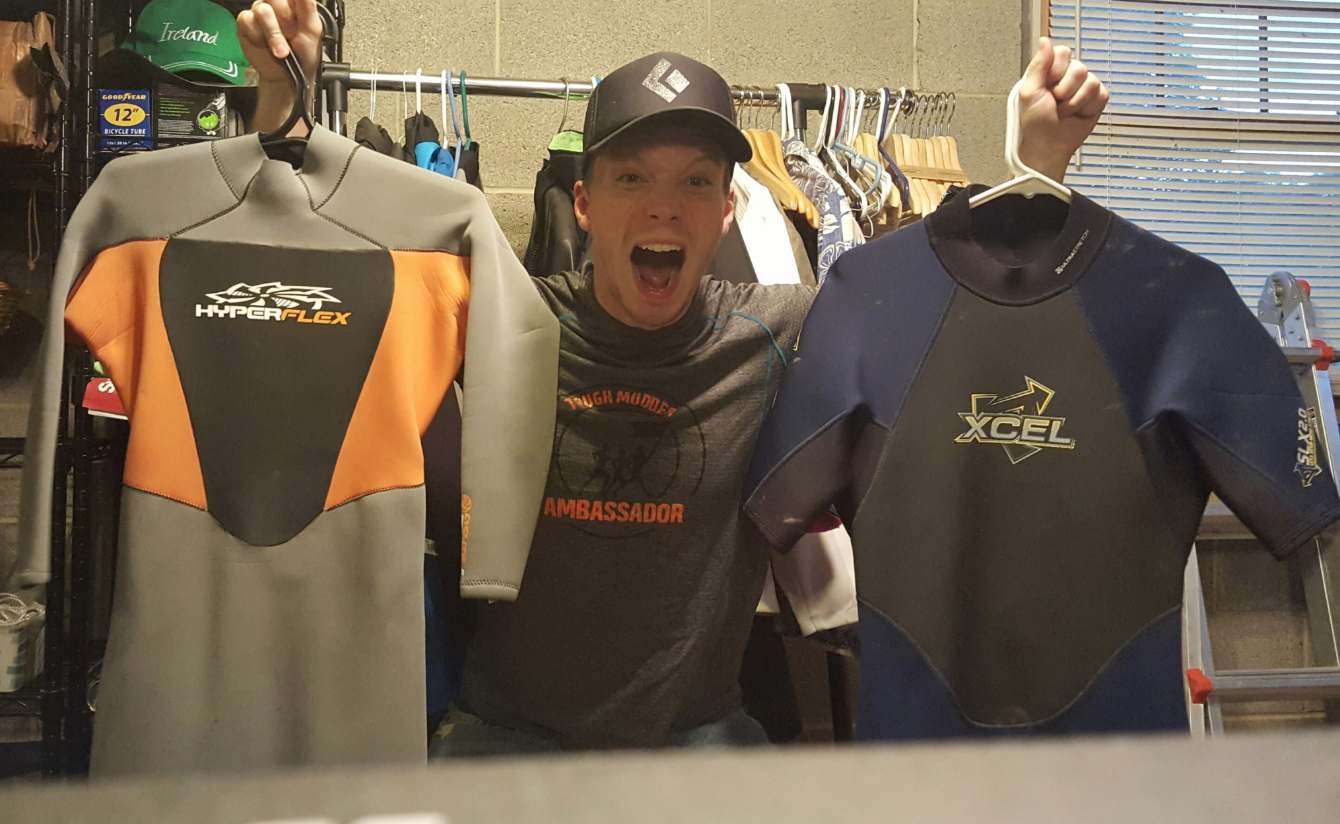