After many years of begging, bribing, kidnapping, and other forms of threat and intimidation, Savage Race finally agreed to invade New England with a pretty fantastic course on the “venue of all companies” in Barre, MA. Here’s the course map:

If you’ve never raced in Mass, and aren’t familiar with Carter and Steven’s Farm in Barre, let me tell you it’s an ankle breaking, thick mudded cow farm, and steaming cow patties are an unofficial obstacle at every event. It is a swampy, stinky course and cows gather in groups and moo in protest as you run along. They do have an onsite brewery and ice cream stand though, and it really is a great place to put on tough events.

And this Savage Rage was tough. Savage Race follows the gold standard of mandatory obstacle completion for the competitive wave, called “Pro” at Savage. Pro racers received a nice wrist band.  We had to surrender the band if we couldn’t complete an obstacle, multiple attempts allowed. I can’t say enough about how great this is. More and more events with prize money have adopted it, with one notable exception, our favorite burpeepalooza.

This course was crammed with familiar obstacles, many had a unique twist. There were a crapload of rigs. These guys love rigs, and it’s hard to argue with them. Rigs can be arranged in so many crazy ways and Savage Race definitely put some insane stuff out there.

Below is a pic of Tree Hugger. This was a wooden rig that required traversing square poles and logs with foothold cutouts. The early morning rain made the poles slippery. It was a challenging upper body exercise. Very creative and fun. After a short run, we came upon Wheel World. I’ve wanted to try this for a long time. It’s a momentum riding obstacle, as long as you don’t fight the spins at all, getting to the last wheel isn’t so bad. However, scores of folks couldn’t quite make the dismount. Savage Race very cleverly arranged the solid ground to be just out of reach unless one let go of the last wheel at the height of the centrifugal pull. Lots of racers were left hanging desperately for a while before trying again. Wheel World was a blast!

I like that Savage Race combines challenging obstacles with ones that require you to overcome fears. It’s really a great combination. This is an undervalued asset of our sport. The next article I am writing for ORM talks about this in specific, through the eyes of a man trying to conquer his phobia. Savage Race has Shriveled Richard (think TM Arctic Enema) and Davy Jones’ Locker, which is reminiscent of the high jumps into water that other races USED to offer. Kudos to Savage for keeping it!!  Thor’s Grundle, pictured below, had a high freak-out potential.

Savage Race really cranked it up in the last couple of miles, this awesome slide below, Colossus, was HUGE and epic fun. I wanted to do it 13 times. Rumor has it that Savage Race installed several permanent obstacles, including Colossus, at the farm. Pre-registration is open for 2018 already, in the cow patties.

The last mile-and-a-half had three very tough grip obstacles. It was a straight up gauntlet. Grip strength is my thing, but by the end of the third rig, I was running on fumes. Sawtooth came first.  The rungs were all wet. It is long. Not easy. I’m filthy in this pic thanks to a face first swamp pit fall. You shoulda been there.

Next up was the Savage Rig. This obstacle was a series of rings and thick ropes. It was easy to get tangled in this rig. This one was tricky.

The last obstacle was a brute named Twirly Bird, and it was one of the hardest obstacles I have personally attempted. Basically it is an alternating field of single flat handles, and loose clumps of thin ropes that they describe as a mop. Accurate. I watched a video on this one where folks wisely just used the handles by swinging big. Well, they adjusted the distance on this one forcing you to grab the mops too, as a result it was far more difficult. I would have fallen off if this obstacle was any longer. This was an impressive obstacle. It wouldn’t surprise me if Twirly Bird had a 90% failure rate.

I was very impressed with this event. Good medals, nice shirt, and very involved owner as well. I have only two complaints: the first one is that there are really too many events at this venue, but I get that it is hard to find space near Boston, so this one is forgiven. Secondly, handing out full size bottles of water at aid stations is wasteful. Buy some Dixie cups. Everything else was righteous!

Savage Race, I’m glad you’re coming back next year, cows and all. I highly recommend this event. See you then! 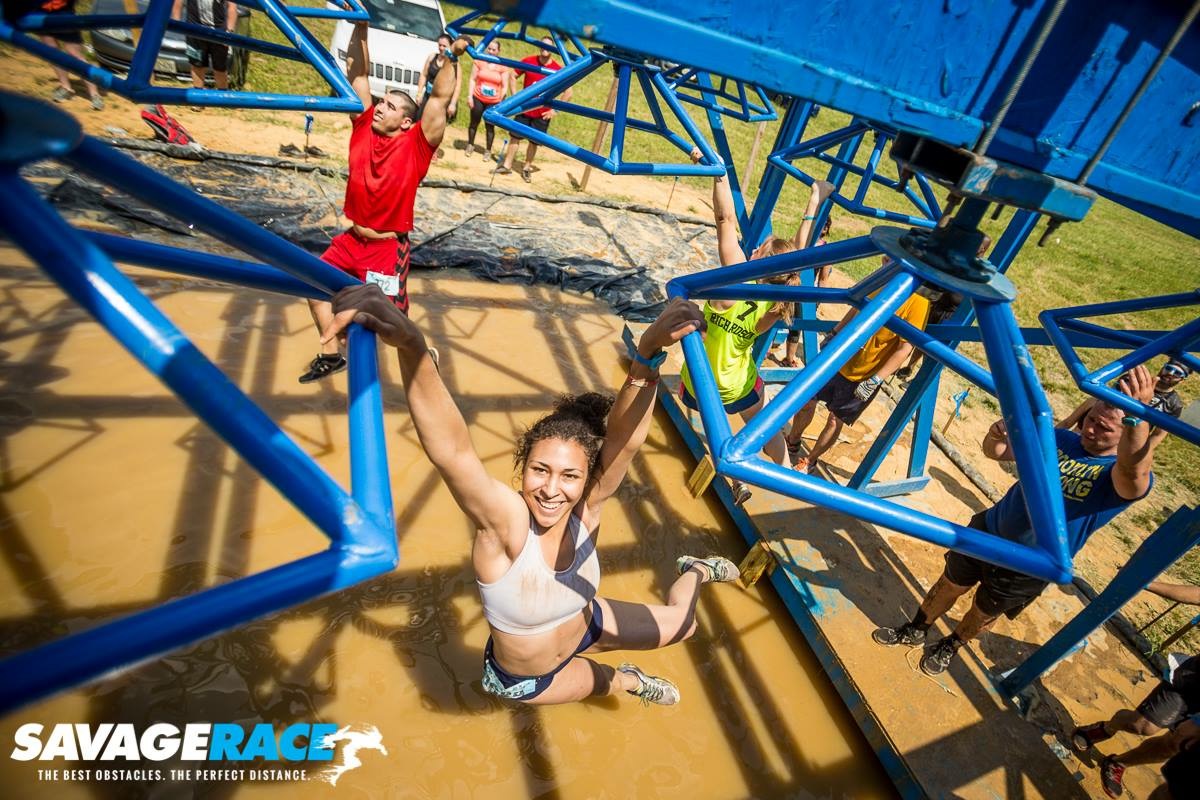 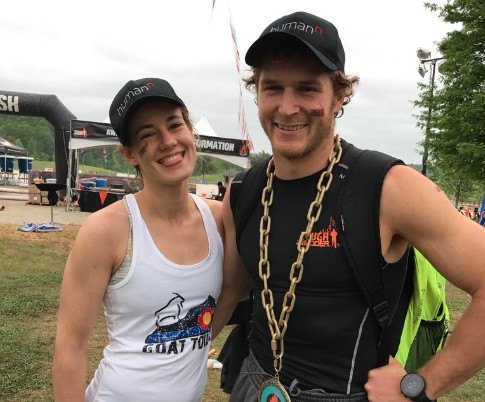 How much are the top racers in the obstacle racing world making? After a hiatus in 2017, we’re… 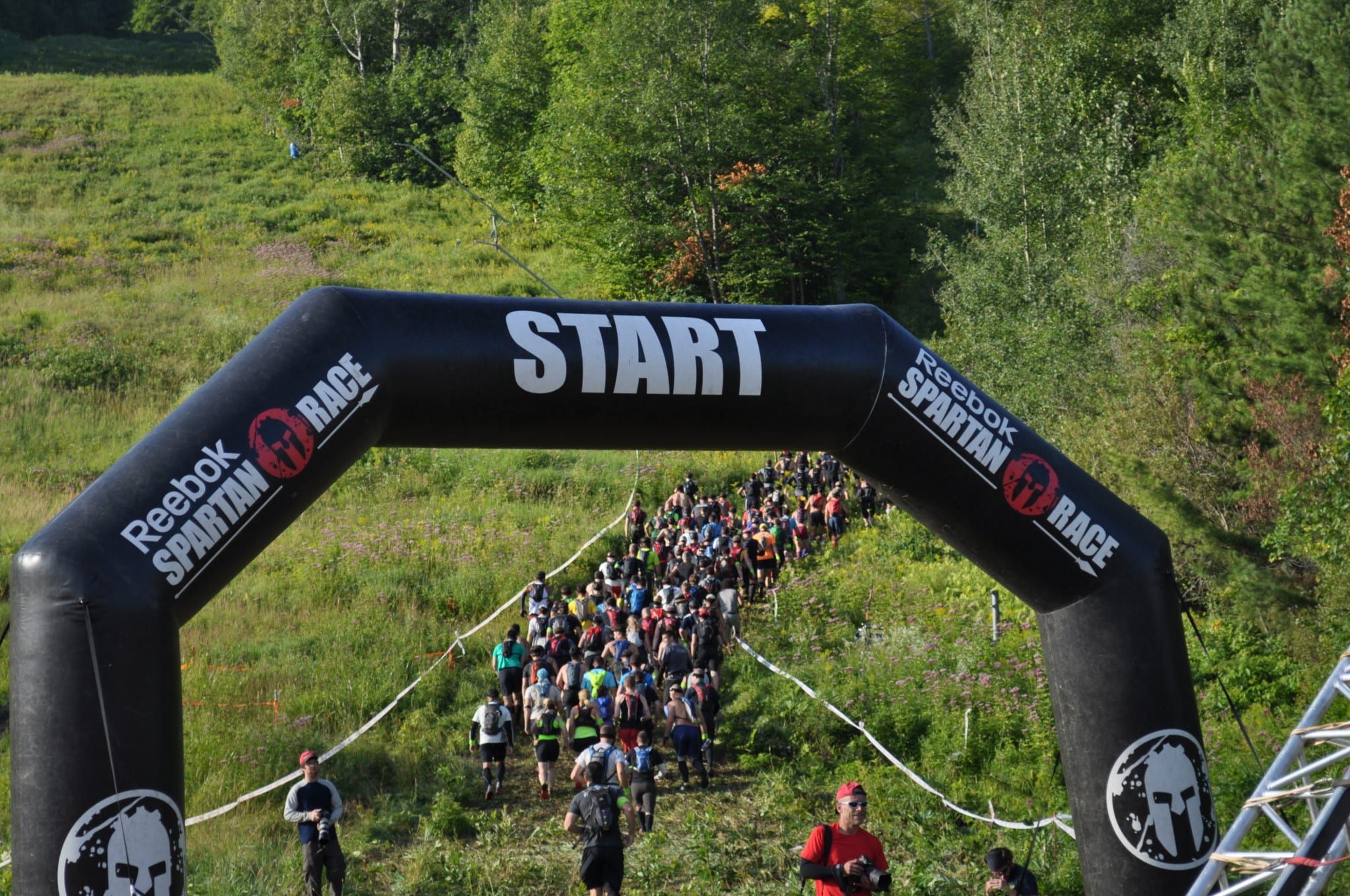