3 days ago, the Wall Street Journal wrote an article about Spartan Race asserting the company was in financial trouble.

The WSJ paywall has a price tag of $1,000 per quarter so we have copied the text at the bottom of this article.

We have reached out to the most prominent companies in the obstacle racing industry to get their responses.

Tough Mudder President Giles Chatter stated “We need to look beyond unhelpful mischief. It’s been an extraordinarily challenging last couple of years for us all and there are still, as you’d expect, challenges ahead as we build back. I’ll be joining the community at Tough Mudder Philadelphia this weekend whilst remotely enjoying the simultaneous TM events in the US, London, and Malaysia. There will always be the need for business discipline – but the future very much remains bright.” (editor’s note – Tough Mudder is owned by Spartan Race’s parent company)

Lloyd Parker, one of the founders of Savage Race told us “We are doing fine financially. We have always taken a cautiously optimistic approach to our business and this has kept our cash reserves and debt ratios very healthy. Our vendors all get paid. Our turnover is almost non-existent. Our team is the best it’s ever been. The covid nightmare is behind us and we are turning profit again. We are well-positioned to always be here for our community”

Spartan CEO Joe Desena, of whom the article above was written, said “This is old news. The really tough times were 18-20 months ago and we couldn’t do any races. Everyone wanted to kill us including customers and vendors for canceling all of our events during Covid.

At the end of 2021, we decided to go for it. We hit the ground running by launching over 120 events globally simultaneously. To stand it all back up requires a ton of money out of pocket. It means you have to pay 120 venue fees, you have to hire 650+ full-time staff, and you have to fully commit to marketing across the globe.

The numbers are not back to pre covid levels, but what we are finding is that once participants cross our finish line, they start telling more people. They start signing up for more races. This means the end of the year will be much better than the beginning.”

We also reached out to Sara Persky from Rugged Maniac’s parent company, Ventures Endurance. “Overall, we’re extremely optimistic with the growth that we’ve seen since the world has returned to live in-person events. We’re seeing positive traction for the second half of this year and have confidence that we are on target to continue delivering impactful consumer experiences that the endurance race community has come to expect from us.”

Spartan Race Inc., the extreme obstacle-race organization founded and led by entrepreneur and TV personality Joe De Sena, has been laying off senior employees and stopped paying some vendors as it contends with a cash crunch, according to people familiar with the matter.
The Boston-based company, known for its grueling endurance races in which contestants push through miles of mud, has been struggling to recover from the lingering Covid-19 pandemic, with ticket sales muted as it now contends with inflation and higher fuel costs.

In addition to his work running Spartan, Mr. De Sena hosts a CNBC show called “No Retreat: Business Bootcamp,” in which he advises struggling businesses on how to turn around their operations and make a comeback.

Mr. De Sena said that while event sales continued to be lackluster for the first quarter of 2022, Spartan has booked a lot of business in the past two weeks.
He acknowledged that Spartan has recently let go of roughly 40 people out of its 650-person workforce, including a number of senior staff members. Mr. De Sena said that this was part of a necessary trimming to make sure the company is optimally staffed.

Ryan Brenneman, the company’s chief financial officer, recently left the company, the people familiar with the matter said. Sam Sawan, who was corporate counsel and director of business development and intellectual-property strategy, also recently departed, as did a number of finance and accounting executives, according to the people familiar.

The company also has stopped paying certain vendors and has been late in making payments to others, the people said. Spartan Race relies heavily on contractors to build its obstacle courses, as well as for equipment, vehicle rentals, portable toilets, tents and other items needed to provide for large numbers of people doing strenuous outdoor activities.
“The last two years have been the most challenging period of my life,” Mr. De Sena said. “We racked up a lot of bills with vendors. Some folks have said, ‘Pay us what you can when you can.’”

Mr. De Sena said he founded the company in 2001, holding its first event in the British Virgin Islands. Spartan operates primarily in the U.S., but has conducted obstacle-course races in 45 countries, including Germany, France, Thailand and South Korea. Mr. De Sena said he owns roughly 75% of the company while media conglomerate Hearst Corp. owns much of the remainder. Mr. De Sena also said that he has invested over $10 million of his personal wealth into the company over the past 21 years.

In February 2020 Spartan acquired its competitor, Tough Mudder Inc., out of bankruptcy for $700,000 in cash and the assumption of at least $7.5 million of liabilities. A group of contractors had forced Tough Mudder into an involuntary chapter 11 after claiming they had never been paid after building obstacle courses for the company.

In December 2020, Spartan obtained a $25 million federally-backed loan through the Main Street Loan Program, according to public records.

Mr. De Sena said that Spartan currently has $5 million of cash remaining in a bank account, an extra $2.5 million held as collateral for the loan, and is waiting for roughly $11 million of payments from the government in the form of employee retention credits and tax returns.

—Tom McGinty contributed to this article.

Catching up with Hunter McIntyre 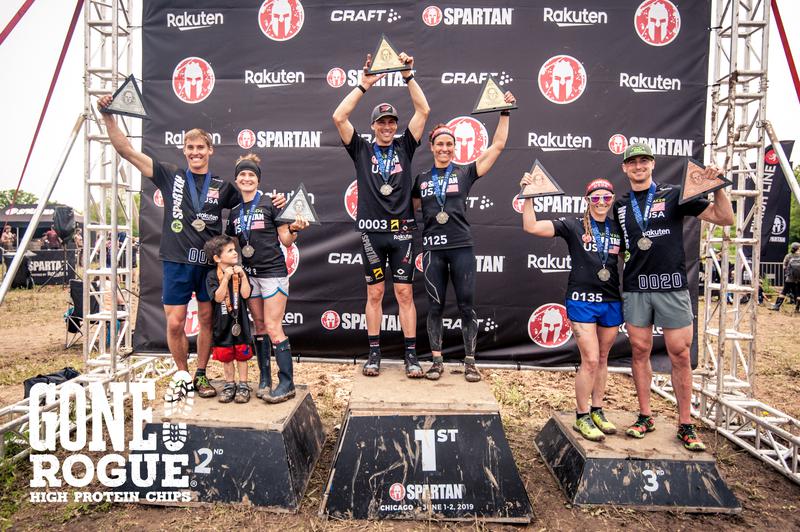