Back when I was racing, there was a conversation that would come up almost every weekend. It was always the same conversation, and it usually went the same way. “Listen,” a ‘green’ racer would say, “I want to improve, I think I have talent, and I was wondering what the next step would be for me?”

It’s incredibly exciting to hear this, because I remember being in a similar position. At age fourteen my mile time dropped from 4:56 to 4:41 in a single race, and it dawned on me that I might actually have a future in running, this thing that until that moment had felt less like ‘sport’ and more like punishment. This is bittersweet, of course, because acknowledging it means choosing a path that is lonely, painful, and rarely rewarding, and for a 14 year-old, anything but cool. Think about it, you’re basically saying “I am committing to having a body that will repel the opposite sex (or the same sex, whatever your thing is) for the foreseeable future.”

I went out and bought Jack Daniel’s Running Formula. I began spending far too much time on Dyestat and Letsrun.com. The walls of my room filled with race bibs and pictures of Alan Webb and Dathan Ritzenhein. I read Once a Runner over and over, until the cover shed and the pages began to fall out. I kept playing basketball, but my heart was not in it. My coach¹, a hard-nosed Bo Ryan disciple, would see this and tee off on me: “Looks like McCauley’s too tired from running to give his all on defense today! EVERYONE ON THE LINE!”

Soon I was familiar with pacing, mileage progressions, and the necessary strength work to succeed. Now whether my coaches would allow me to train that way was an entirely different question (they didn’t) but regardless, I had acquired an inherent understanding of what it would take, physiologically, to succeed at the next level.

So in response to the question from the fellow racer, I would respond, “How many miles are you running?” Whatever the reply, the answer would be simple: “You need to run more miles.” At this suggestion they would visibly deflate. This was not what they were hoping to hear.

It couldn’t be that simple. There must be a secret, a short-cut, some way to improve NOW.

This sport is at its core running². There is no secret to running. There are no short-cuts, #lifehacks, or tricks to get faster. You must run more, and you must run at different speeds: fast, medium, and slow, and on different terrains: flat, hilly, slight downhills, and finally, at different distances: short, medium, and occasionally long. Sometimes you should run twice a day.

When you are not running, you must recover.

That’s oversimplified, of course, but that’s just about all there is to it, and it is where this article should end. However, that’s not how it goes. Our earlier conversation with the athlete continues.

“Okay, but what are your thoughts on minimalist shoes? What if I transition to forefoot striking or start supplementing with more Crossfit? Speaking of supplements, which should I be taking? What about pre-workouts?”

None of this matters, and while this isn’t a conversation I’m normally interested in having at all, it is definitely not one I will have unless the athlete has already done aforementioned- the 99% to make the 1% worth it. Have they made a choice to fully chase a dream; to embrace what John L. Parker dubbed the “miles of trials,” which consists of building up to a high mileage diet of 60-100 miles per week over time? Have they watched their body change, their sloppy form tidying up, strides shortening and toe-off becoming light and nimble, movement becoming rhythmic and precise, 8:00 minute mile easy runs becoming 7:20’s and eventually, 6:20’s?

If you haven’t done the 99%, there’s little point focusing on the 1%. Think of it as a math teacher writing a formula on the board. “This is the key to solving the problem,” they say to the class. “But,” the student interjects, “What’s the best type of pencil for me to be writing with?” These are nothing more than distractions from the work at hand.

If you’re reading this and you ‘noped out’ at the 60-100 miles part, that’s completely fine. For any number of reasons, you don’t want it; truly, desperately want it, and most people don’t. But don’t blame your lack of trying on schedule constraints, injuries, or family. You simply don’t want it.

This is a significant commitment to embark on, after all. So you ignore the advice and look elsewhere for a source who will tell you differently.

It’s easier for consumers to change their heroes than habits.

And for good reason. It’s uncomfortable for us to step out of our echo chamber. For a vegan or ketogenic to admit that their diet may hamper them in certain endurance events. For a muscle-bound athlete to admit he would fair better in an ultra-marathon if his dead-lift were lower. Or a cross-fitter to acknowledge the negative effects of that IPA or two he loves to sip after a workout (and this one cuts me deep).

Why change your belief when you can simply find a new coach or community who will affirm your beliefs?

Coaches –who are salesmen– flock to the outlier. You will meet running gurus who will tell you high intensity and low miles are the cure to life’s problems. That the stronger you are the faster you will be. That forefoot running is the elixir of life. To be fair, I did experiment with minimalism and even raced Spartan race barefoot in Temecula. To this day I find the occasional cactus spine in my feet…

We are a society with every bit of knowledge ever gleaned a mere finger swipe away. The path to success is there, clear, concrete, fully-laid out, and yet we are ever-more fixated on ignoring that in favor of expediting, shortcuts, and hacks. Coaches, writers, anyone who can profit from offering some new exciting alternative will attempt to do so. To be fair, some of these alternatives are not bad, at least for hobby joggers. But on the other hand, one could argue that Christopher McDougal’s teachings have subsidized more doctor’s country club memberships over the last 10 years than concrete roads ever have.

To those of you who have already gone down that path and experienced the trials of miles, who have over many years built up an aerobic base, well, you’re free to train however you like. Go experiment with alternatives, you’ve earned it, after all. Our sport is filled with athletes like Hobie Call, who won a world championship off of low mileage. That can work for a guy who spent the prior 10 years training full-time for the marathon, but if you don’t have that aerobic base down, it probably won’t work as well for you.

But if you’re sick of being just ‘okay’ or ‘almost there’, and you really, really, want to be good, to be a sponsored athlete, to grace podiums, to PR at every distance from mile to marathon -whatever your goal might be- I challenge you to do the following. Find a copy of 80/20 running or Jack Daniel’s book. Get yourself a good running (not OCR³) coach. Become a student of the sport, and give running one year. One full year. There is no instant gratification here. In fact, you will probably regress, at least at first. But in a year you will be an entirely different person and competitor.

Weldon Johnson is the co-founder of Letsrun, the website I spent countless hours on back in the day. In 2006 he wrote a fantastic article documenting his improvement from 29:49 to 28:06 in the 10km over a 3-year span. Weldon subscribes to the Michael Scott school of KISS (keep it simple, stupid).

You’ll notice that nowhere in Johnson’s article is there mention of form, diet, supplements, or cryotherapy (well duh, this was 2006). Weldon doesn’t espouse eating only nuts, or putting hunks of fat into his coffee. Nothing he states is cool or sexy, but it works. It has worked since the 60’s, and it has worked for Ryan Atkins, Chad Trammel, Amelia Boone, and Ryan Kent, along with basically every other top racer. All of them have likely sacrificed double-digit years to lonely work, and in doing so have learned their own version of the secret. Weldon explains: Letsrun: What a love child of 4chan and Runner’s World would look like

You have two alternatives. You can keep doing your thing; after all, there’s so much information out there, and maybe, if you search long enough, and try enough products, there’s a chance you find it, the REAL secret. Perhaps it’s wearable tech, or protein powder, or minimalist shoes. Maybe it’s weight vests, magical water, cryotherapy or myofascial relief. Or sleep trackers, electrical muscle stimulators, HIIT training. Some have said genetic testing, water-running, trx, and standing desk have worked wonders.

Or you can shut your computer, lace up your shoes, and go outside for a long run.

¹That basketball coach is in prison for life, but that’s a story for a different time
²There is one event this is not true for: the 100 meter race at OCRW this upcoming year
³However, the best OCR coaches: Yancy Camp, DWEP, Albon, Mericle, Atkins, and well,  just about every other top racer who coaches… they all have endurance backgrounds and are fantastic, extremely knowledgeable humans. My caution is against using someone who is unfamiliar with endurance outside of OCR.

Beast Mode Way back in 1988, Sega created an arcade game called Altered Beast. It was your basic… 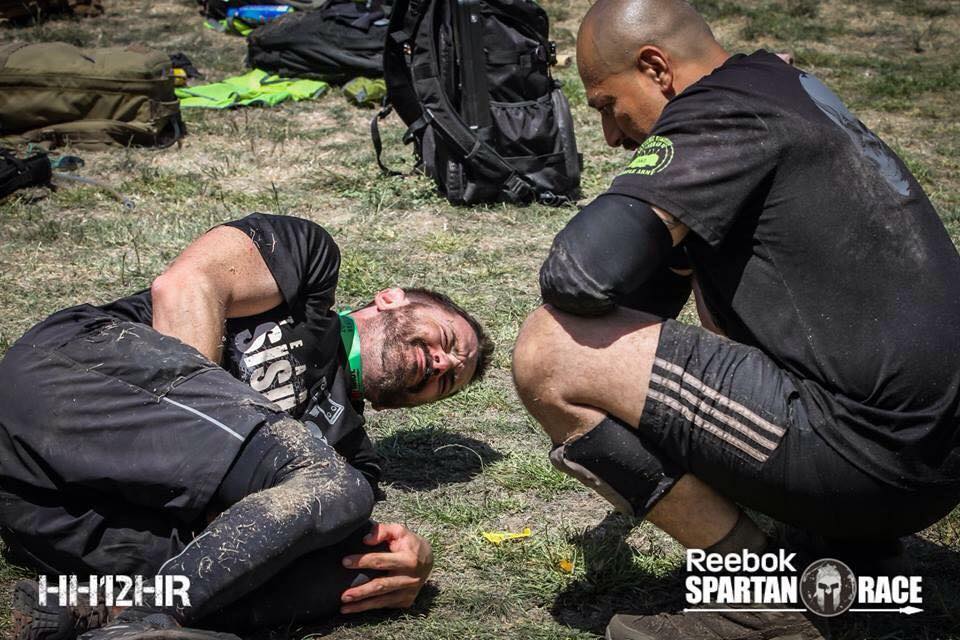 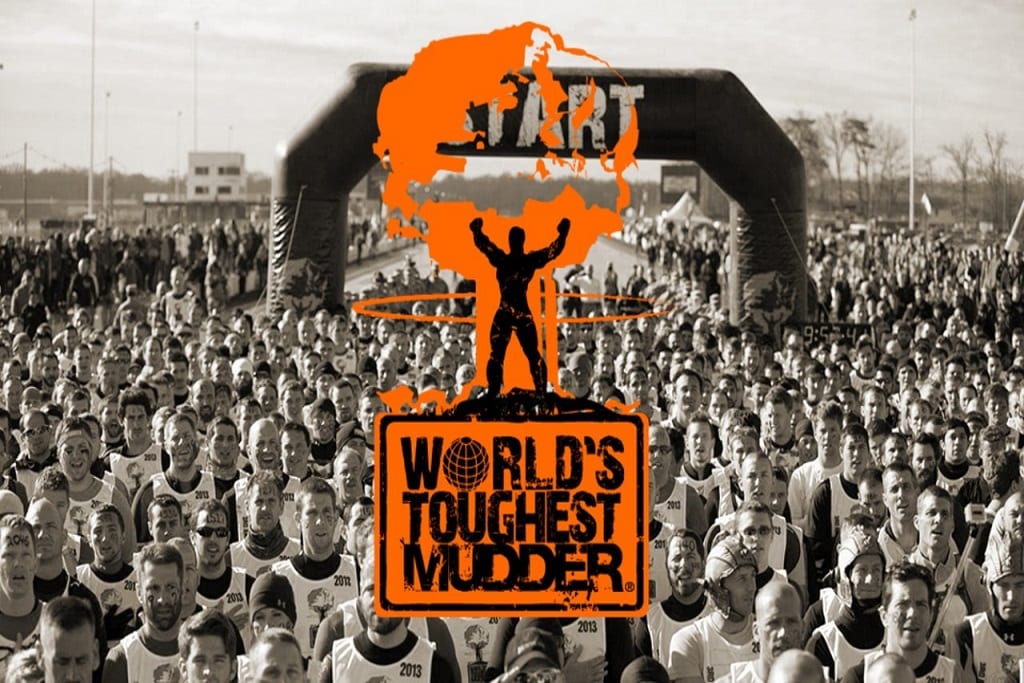