Katie grew up in Fairfield County, the suburbia of Connecticut which many would reference as “the OC of the East Coast”. Although she lived in a great location on the outskirts of New York City which allowed her to go to the city on the weekends and to the beach in the summer…the pressure of fitting in to a certain “norm” was very predominate. Social influences started shaping Katie’s future at a young age which would haunt her for years to come.

One day during lunch in the 8th grade, Katie remembers her friends talking about dieting, starving themselves, and making themselves throw up in order to look a certain way. At the time Katie thought they were a bunch of attention crazed young girls, until the trend kept catching on among her group. Before she knew it, Katie was getting sucked in to this diet “trend”. From that point on she experienced the slippery slope of dieting which became easier for her to hide her habits when she was transferred out of town for high school. 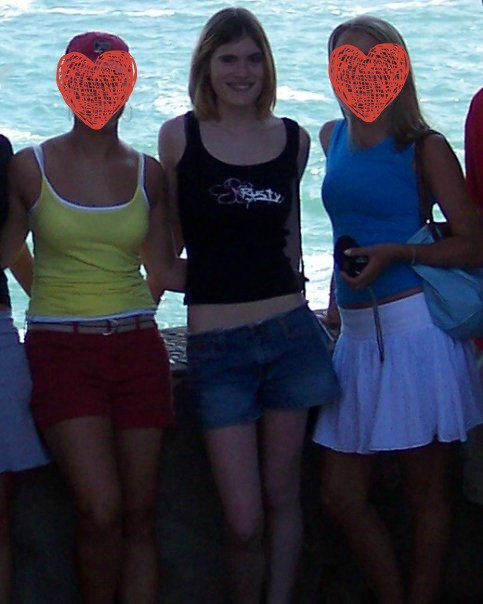 Katie began to literally eat just a single apple a day and then the next day she would binge and purge. This vicious cycle took a toll on her mind and body. Katie would spend countless nights crying herself to sleep not knowing if she would wake up the next day from the lack of nutrients in her body. The whole experience put a lot of stress on her relationship with her family. Katie even had thoughts of not being able to graduate high school or succeed in college. Her college social life was also hindered by her eating disorder because she would constantly avoid social outings where food was involved (very limited time to hang out in college). 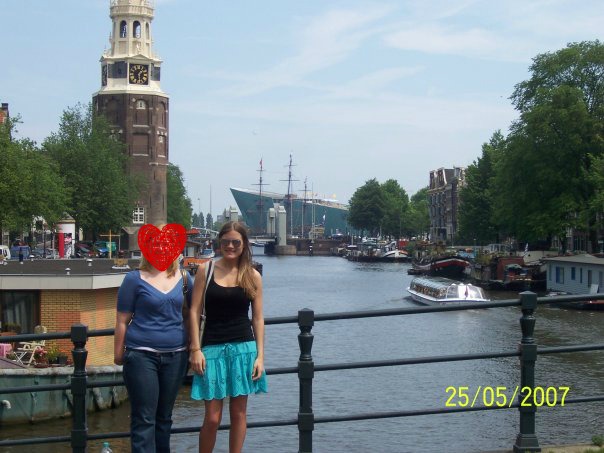 The stress and pressure of her habits came to a head when she dropped out of college halfway through her freshmen year. Once she got home, Katie went in to therapy for 6-8 months for general depression which in turn brought to light her eating issues that needed to be addressed in order for her to move forward in her life. 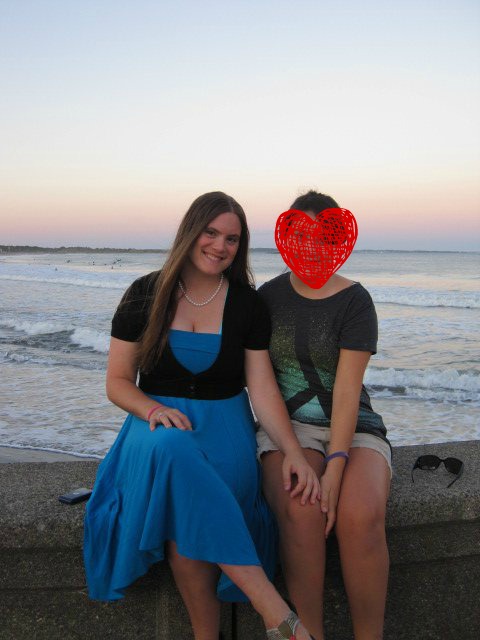 STRONG IS THE NEW SKINNY

A few years ago, Katie was able to finally start going to the gym and take fitness more seriously (other than elliptical sessions to burn calories). Her friend Kristi asked her if she wanted to sign up for a Spartan Race that November. This gave her something to train for and she was able to tailor her workouts toward prepping for the Fenway Park Spartan Sprint. Having a goal gave Katie more motivation to work out in the right way so that she could develop strength enough to do the obstacles. 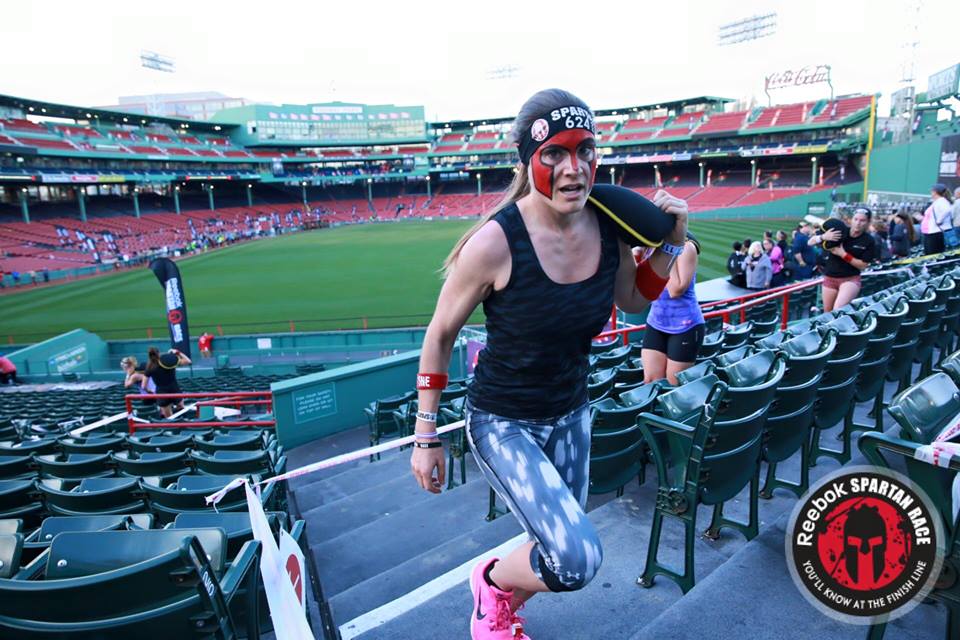 The impact of Katie’s first obstacle race left her with an indescribable feeling. In that moment, she was the proudest of herself she had ever thought possible. She felt invincible and grateful for how far she had come in order to get to that point. She knew that from finishing her first race, she was able to open an entirely new chapter of her life. She was now ready to take on any obstacle that came her way (literally). Previously, Katie was the girl who would actually black out just walking up stairs from being so unhealthy and nutrient deprived. After her first event, she knew that all of the hard work she had done for herself was paying off. The emotional, psychological, and physical growth Katie endured allowed her to complete the course. This event marked the moment that all of her baggage and pain was able to melt away…Katie was finally able to move forward with her new life. 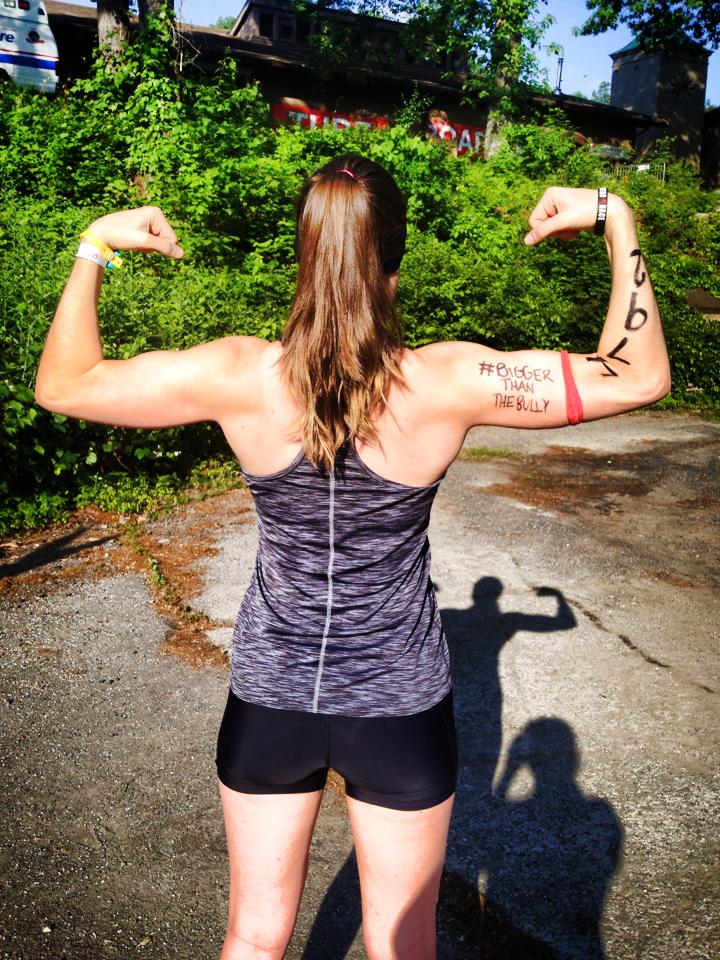 WOMAN IN THE MIRROR

The more she competed; Katie noticed that her race stats were actually pretty good compared to others. She was also able to deduct that her performance was better when she provided herself proper nutrition verse the days she didn’t. The experiences of OCR also helped Katie shift her priorities because of how proud she began to feel after finishing a race. She felt like she accomplished something while having healthy fun and her new healthy hobby allowed her to focus on the person in the mirror and not on the number on the scale. The new friendships she had developed at OCR events made her want to be a part of something instead of taking herself out of the game. 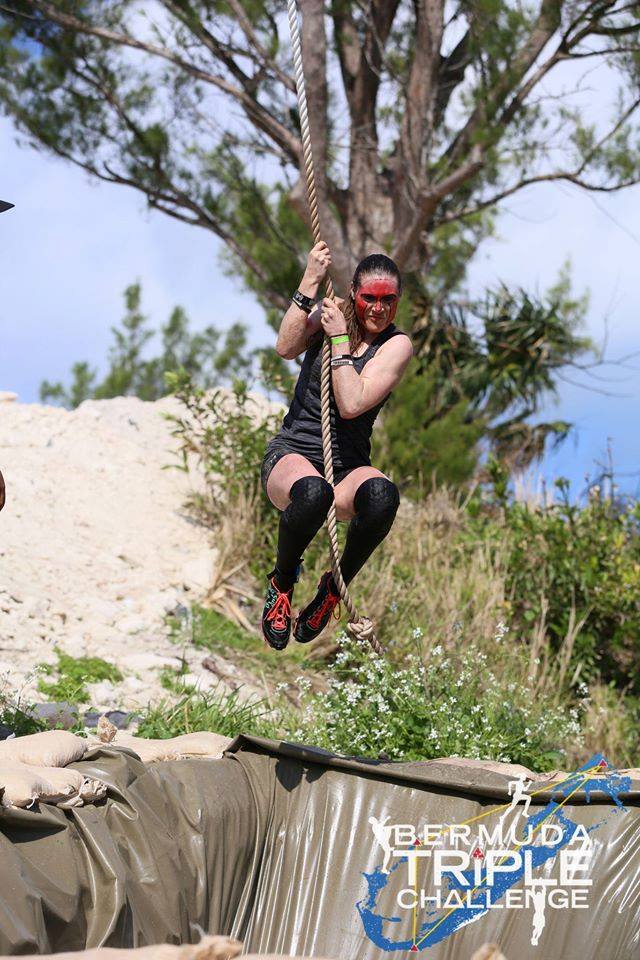 There was a memorable weekend for Katie that truly helped drive home the fact that in order to race efficiently, her health and nutrition had to be her number one focus. She did an event that allowed her to race the same course/ same location two weekends in a row. The first weekend, Katie had not taken care of her nutrition the way she needed to leading up to the event. This caused her to struggle with everything from the hills, running, and even some of the obstacles she would usually excel on. The second weekend, Katie was able to properly prepare and it was like night and day the experience she had. Her mind was better and she was able to overcome all of the challenges she had struggled with the previous weekend. 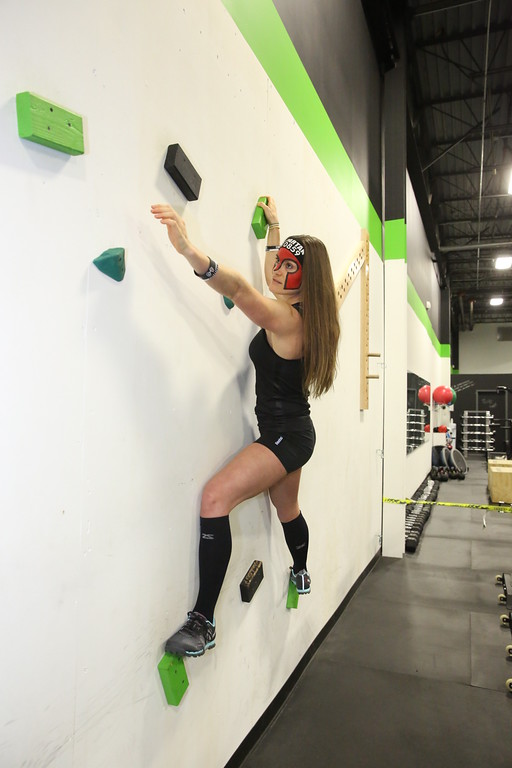 Katie’s parents have been incredibly supportive throughout her journey. Her race buddy Kristi is the one who first inspired her to take the next step in her recovery by signing up for an event. That push gave her hope to start something new and consider going out of her comfort zone. All of the “race friends” she has met along the way have also aided in her success. She also thanks her Spartan boyfriend Luke Walsh, Danielle Rheinhardt (founder of the non-profit Bigger Than The Bully), and others who have continued to be positive influences in her life. 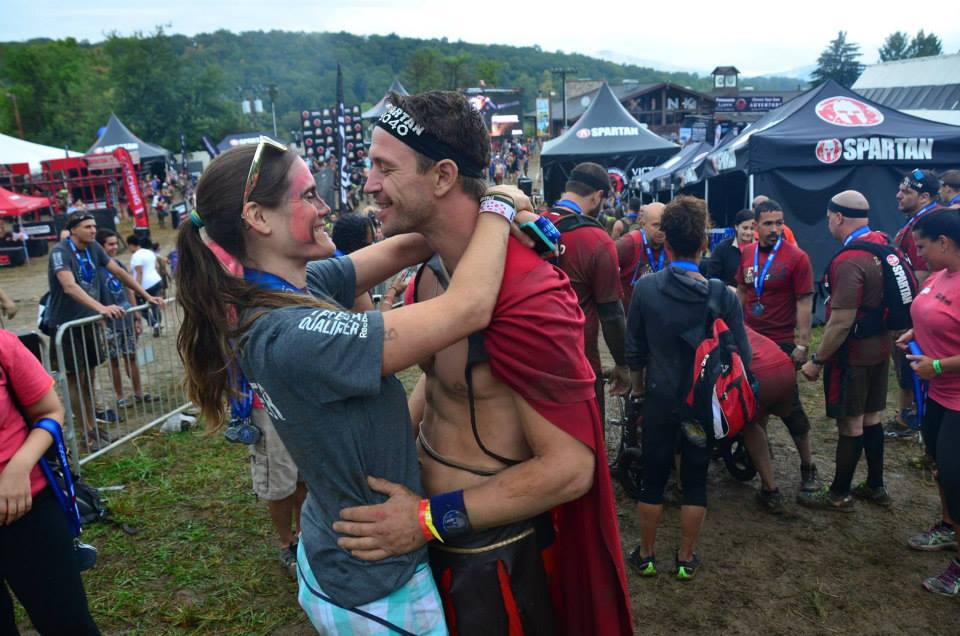 Katie’s current training schedule varies because she likes to change it up. She currently works out about five to six days a week, but takes her rest days VERY seriously :). Her active days vary between OCR Bootcamp classes, long runs, Thai Kickboxing, HIIT, and a mix of cardio kickboxing and bootcamps. Katie is 5’7 and her lowest weight was 105 pounds, her highest weight was 185 pounds, and now she is a healthy 135 pounds.

Katie’s 2016 goals consist of completing five Spartan Race Trifectas, to earn a Spartan Coin to compete in Spartan World Championships, as well as compete in OCRWC (she recently placed 3rd at the Bermuda Triple Challenge which earned her a spot). She is also going back to school for her MBA. Katie has also earned a 2016 sponsorship with Honey Stinger brand. 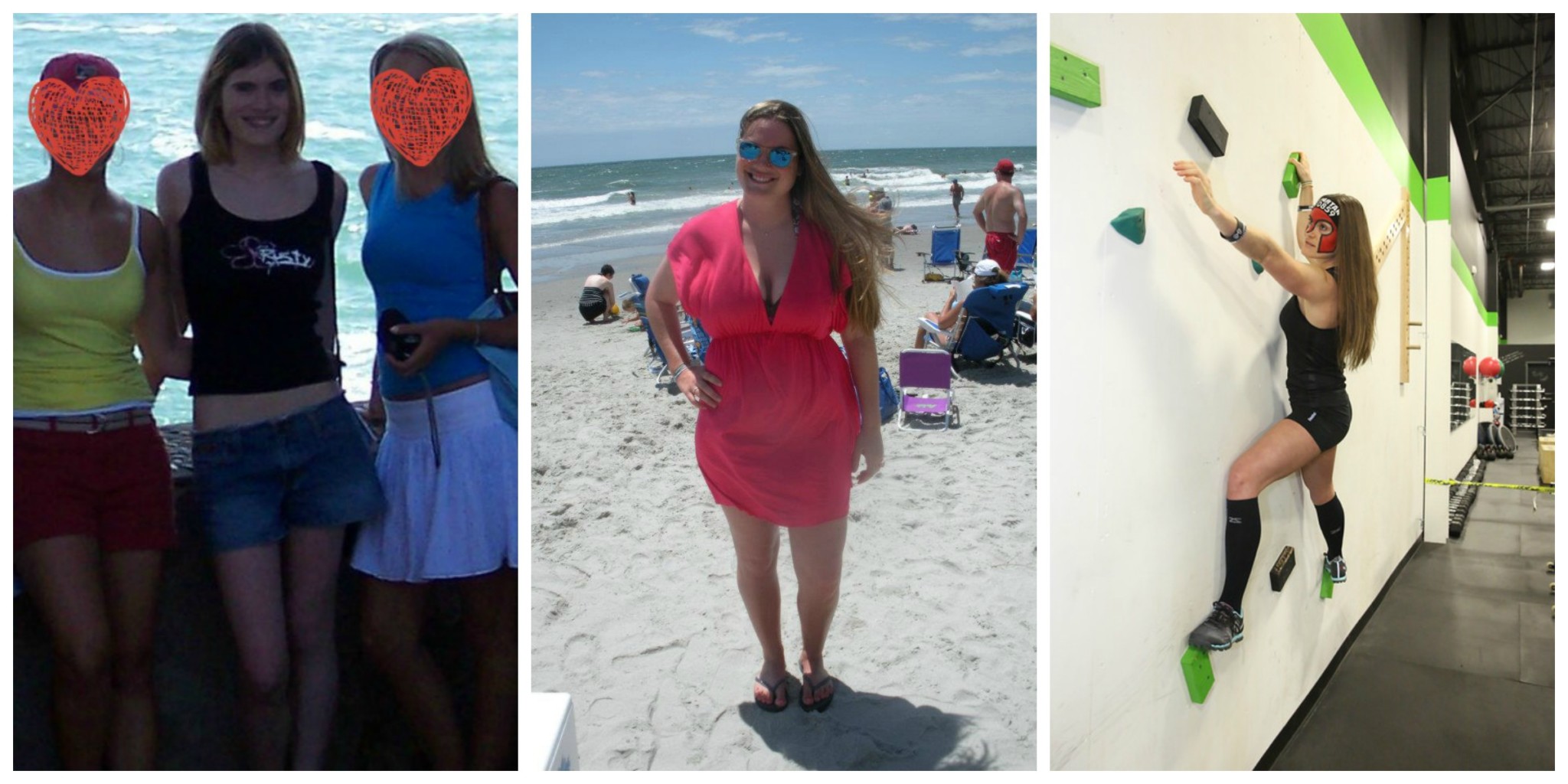 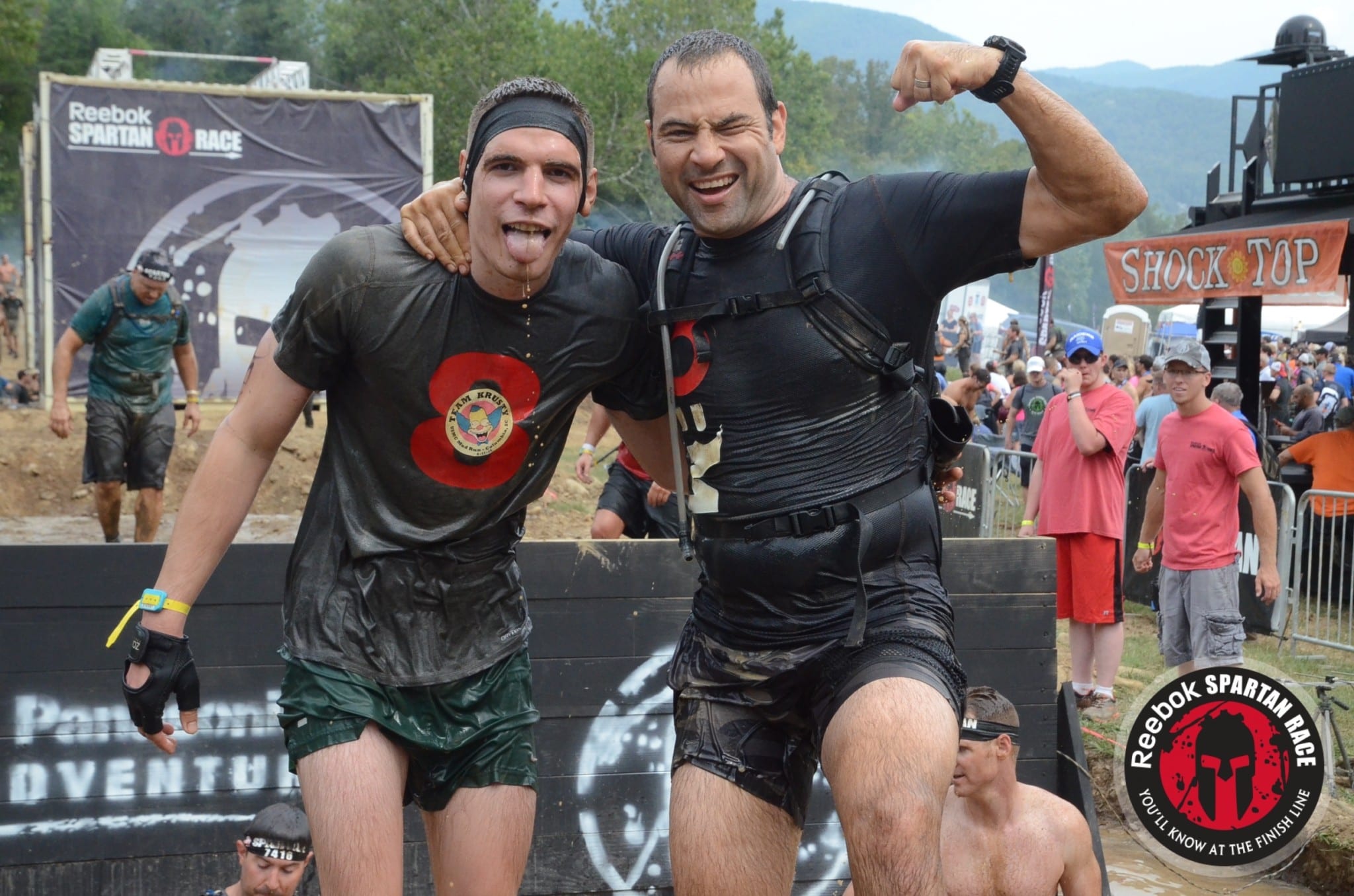 Get To Know ORM – Matt B. Davis

This is a 2nd in a series on learning about the people behind Obstacle Racing Media. The first… 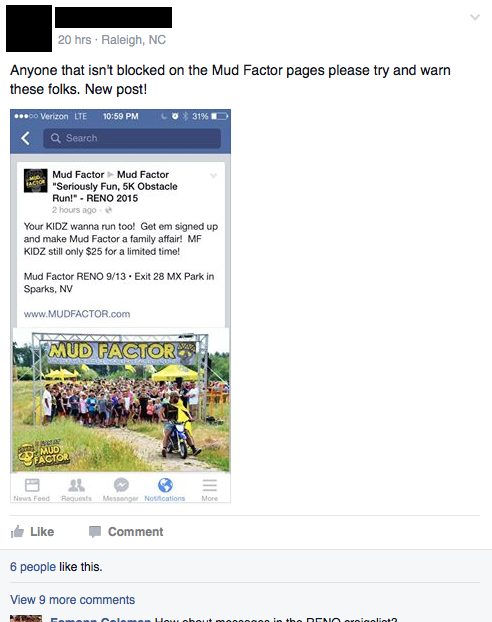 Those of you reading this have probably already drank the kool-aid of one various OCR or another.  Many…