1. Any advice for skin protection while at these races? –Robyn, Toronto

Between warming up, racing, and hanging around in the festival area, I’d bet that the average racer spends around 5 hours outside on race day. That’s 5 hours that often occurs during the hottest part of the day, and with minimal clothing to protect the body from the sun’s damaging rays. I’d recommend a hat and sunblock, specifically one that works with wet skin

2. What fitness fads should we be avoiding? -John H., Milwaukee

Good question. This could really be its own article. Hmm…I’d entitle it something along the lines of:

“How Dumb Do We Think We Are? Fitness Fads and What They Say About Us”

By nature humans are lazy. Well, “efficient” might be a kinder way to put it. If someone is willing to promise us something for less work than it would otherwise take us, we’ll jump at it. We’re so invested in the idea of perfection, whether it be money, or familial, or body, that we’re willing to suspend our disbelief in lieu of quick results.

My old boss at Kirby (go to hell, Scott) was fond of telling me that “…there’s a sucker born every minute.” This is the wrong lens with which to view desire. Our nature is to hope for the best. We want to succeed. And we hold others to our standards, even if that means putting blinders on.

Today’s Ubermensch is aware of this, and he capitalizes on it. They Photoshop unattainable body types into our fitness magazines, six-packed charlatans accompanied by oozing sexy words like “Fat-burning,” “Ripped Right now,” “Simple Six-Pack Abs,” and “Instant Results!”

We throw money their way, become dissatisfied with the product, and move on to the next product. The circle continues.

Since most of us are OCR people, let’s look specifically at post-race festival areas. While passing by a tent at OCRWC I was roped into listening to a sales pitch on the wonders of Ionized Water

.  Not only would I not cramp, but I’d recover faster, and even run better. These results were guaranteed.

These companies are entrenched in fitness communities.

How are these frauds allowed on the race grounds? Almost any business misrepresenting their products seems to be taken down quite quickly. But not products in this industry. All it takes is 5 minutes of research on google to uncover the truth on these fads. And yet, magnets, super-powered water, etc flourish in our community. What does this say about our gullibility as consumers? The worst part for me is that the people pushing they products are often current or former athletes. They know athletes inside and out and are willing to take advantage of their insecurities for a quick buck.

To be fit, healthy and strong; to look good naked- these are powerful urges. So powerful in fact, that we’re willing to dish out substantial amounts of money for re-packaged 70’s fads with no scientific backing. 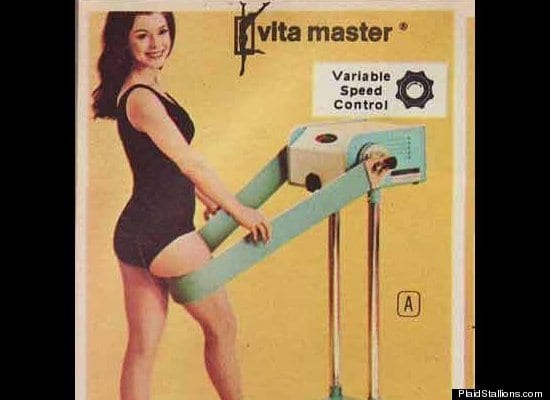 Vibrating body buffers were all the rage 40 years ago. Then they were dismissed as a fad and went the route of multi-colored leg warmers.

But fear not- thanks to technological advances that I can only assume come courtesy of captured Transformers, the world’s foremost “scientists” have harnessed various technological breakthroughs to come out with the 20th century version of the fat burning body buffer.

“The bodybuffers are effective, powerful muscle massagers for athletes such as runners, dancers, cyclists, Pilates and yoga enthusiasts, whose demands of daily routines and training invariably lead to intra-muscular build up of metabolic waste such as lactic acid, resulting in prolonged muscle soreness. When this waste is removed, recovery is accelerated and performance goes up.”

So THAT’s how you get rid of lactic acid (which apparently causes soreness!). We’re learning so much today.

The website goes on to hint at fat reduction in every which way without actually coming forward and saying so. Very sneaky, BelleCore. You must have good lawyers.

You might think that I’m being overly pessimistic. You’re wrong.  I believe Bellecore will have success. In fact, I think the bodybuffers will be a huge hit.

Just not in the fitness field. No, I see it being successful in a “Honey, go look at shoes in Finish Line for a few minutes while I duck into Brookstone to scope out their ‘personal massager’ section” kind of way.

So this is my main issue with the fitness industry. The buddy buffer is most likely not a bad product. It may help to exfoliate skin, and it probably does a good job of massaging muscles. But the marketing team wasn’t content with just that. Knowing how product launches work, they were probably pressured to make this product as attractive as possible. That meant throwing buzzwords out there that target the diet and pill, quick-change-seeking audience.

**As always, I’m willing to change my mind on this subject. Anyone representing Bellecore who believes this product is the real deal, send one my way. I’ll test the bad boy out and post a full, un-biased review.

We’ve already talked a bit about this during the conversation about Atlas’ impending demise, but I really don’t know. The amount of 40% discount codes floating around right now scares me. They have big backers, but their current format doesn’t attract your casual hobby runner in the market for a fun new challenge. At the same time, many of the top racers for one reason or another avoid Battlefrog. So I’m not sure what exactly their target audience is. I wish them the best, but come next spring, we may find ourselves bemoaning the death of  yet another exciting race.

Just recently I was talking to a family friend who knows his way around the business world (think ceo) and during our conversation he mentioned that today’s biggest obstacle race companies (Warrior, TM, Spartan) wouldn’t be leading the industry three years from now. In fact, some of them might not even be around at all. He said, and I quote, “Trust me, this is just how industries develop.”

I’m curious as to the validity of this statement. It’s hard to imagine Tough Mudder or Spartan going under. In fact, I don’t see that happening at all. But Warrior Dash’s popularity, while still up there with the other big dogs, has dropped substantially from its peak popularity in 2009. They’re having trouble gaining repeat customers due to their course’s perceived lack of challenges and rewards. (My 2 cents- If a race isn’t challenging, you aren’t running hard enough).

Where will this industry be 2, 3 even 5 years from now?

-Stay away from cotton. You don’t want to be that person on the course in later heats drowning in their shirt and holding their pants up while they slide their way through mud.

-A thin layer of compression on top will save your back from barbed wire.

-In regards to shoes, don’t worry about drainage. It’s really a rather pointless feature (think of drainage holes as two-way streets). Rather, choose a shoe with the least amount of water retention. Cross country flats are going to be the cheapest. Inov-8s (particularly the 190s

) will cost you more, but IMO are the best obstacle racing shoes on the planet.

-Don’t wear trail shoes in a stadium sprint. You’ll end up regretting the protruding lugs and lack of traction. Running shoes, specifically road racing flats, work well in these races. My brother and I both race in the Nike Lunaracers

– Don’t fall victim to the zero-drop, toe-shoe, “Born to Run

” mentality on race day. When your form falls apart midway through a race, these shoes will magnify any issues that you’re having. The traction in minimalist shoes often lacks as well.

– Arm sleeves work to reduce cuts and scrapes. Do they actually have any performance effects? That’s debatable. I avoid them, seeing as they extenuate any arm or shoulder fatigue I’m feeling, but I know many who swear by them.

makes some of the best hydration systems on the market. Being able to squirt water into your mouth on the fly rather than sucking allows you to conserve your breathe while racing.

The picture in question 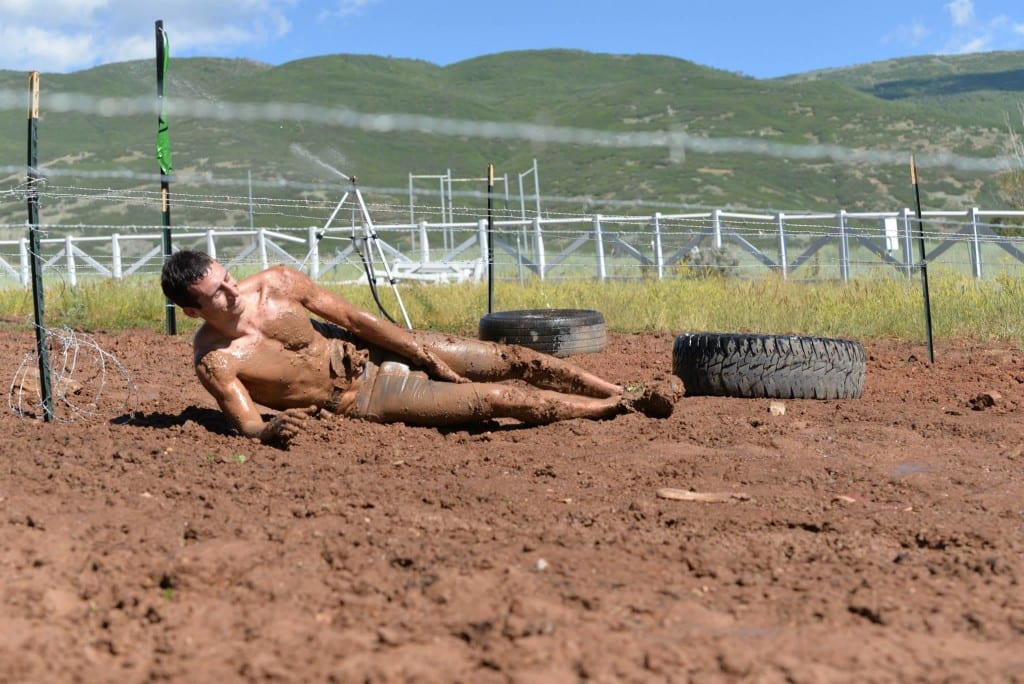 Ahh yes, my first Beast. The elevation and climbing was brutal, and I cramped just about everywhere a person can.

More importantly, where did you find that, Brian? I thought I’d un-tagged and deleted all copies of it, ya big creep. But I guess the internet never forgets, as Queen B learned the hard way.

What are you curious about in regards to OCR? Do you need gear or training advice? Maybe you just need to rant. Email your questions (or thoughts) to us at mac@obstacleracingmedia.com and McCauley will attempt to answer them. 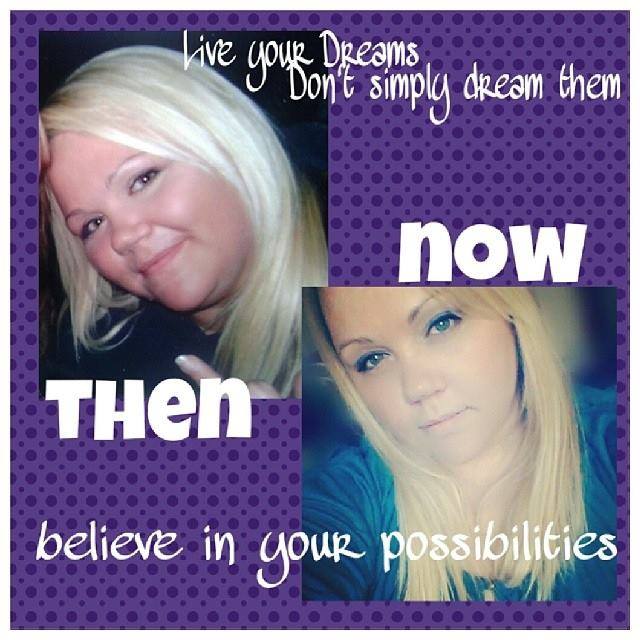 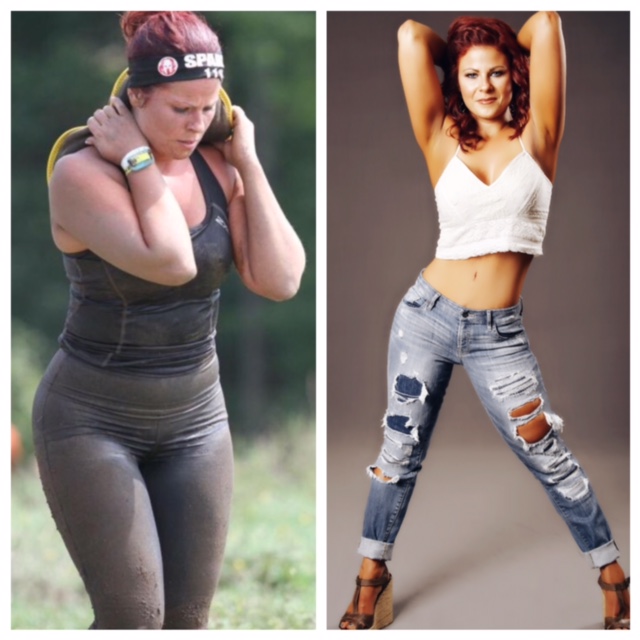