What are you curious about in regards to OCR? Do you need gear or training advice? Maybe you just need to rant. Email your questions (or thoughts) to us at mac@obstacleracingmedia.com and McCauley will attempt to answer them.

1. Where’s the love for Tough Mudder? All you talk about is the less successful little brother, Spartan Race

Maybe because I can relate 😉 . That’s also the weirdest looking emoticon I’ve seen.

As much as I like to speculate on things, in this case I’d rather not. It ticks me off when people clearly unfamiliar with a topic do it disservice by attempting to write about it. And I haven’t raced, let alone attended a Tough Mudder.

That being said, I think World’s Toughest will feature some exciting new faces this year….

2. Who is the best racer for the men and women right now? -Richard, Iowa

Ryan Atkins has won everything this year. And I don’t see him losing a BattleFrog as long as the jerry can carry is around. No one in the world can match him on that obstacle and therefore that course. But how has he done on other OCR courses? Let’s take a look.

Ryan was oh-so-close to a world championship last year. This might be the year that he ends up on top of the podium. 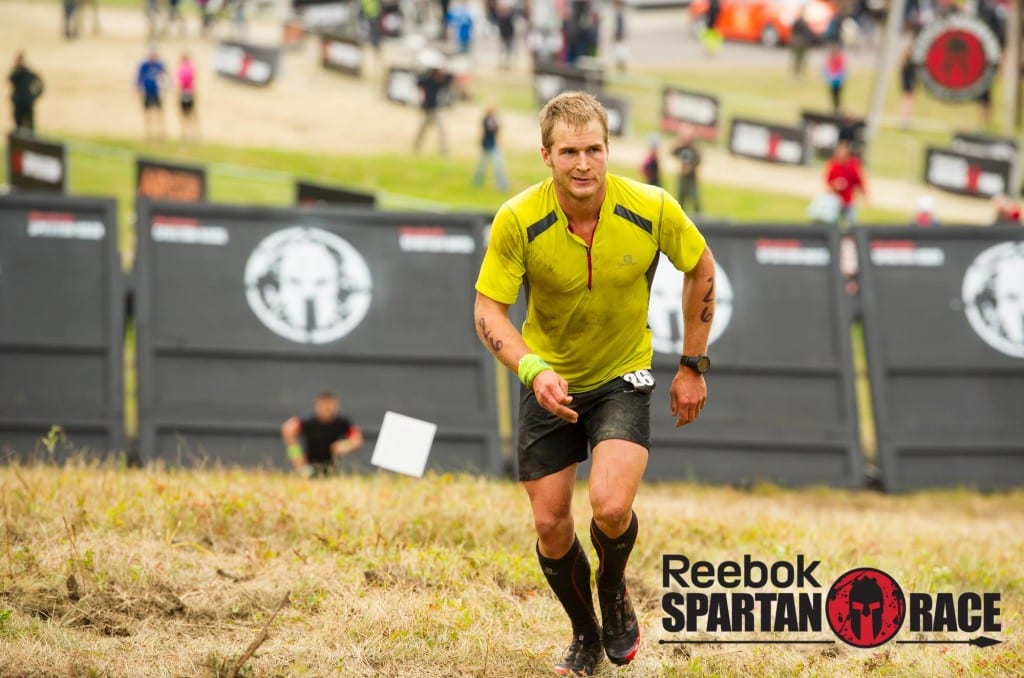 Ryan was two spear throws from the title in 2014. Can this be his year?

Then again, maybe Max King shows up a bit stronger than last year (where he did 180 burpees in the last mile) and shocks the field. Or perhaps Yatsko puts his Deadliest Catch dreams on hold in order to make up for his “disappointing finish” last year. (His words, not mine.) Don’t forget Cody Moat, who wouldn’t surprise anyone if he won another world title. What if another Brit shows up and shocks the field? After my 2014 championships preview, I had people telling me that Conor Hancock would win it all. Hopefully we see him come fall. Then there’s Glenn, Chad, Ryan, Brakken, Isaiah, Hunter, Appleton, Novakovich….

With that being said, I don’t mean to discount Jon Albon’s claim to being the best on the planet, which he clearly is.

And an apology is due to the OCR fans over the pond. You’re quite a ways ahead of us in advancing the sport, but your races and athletes receive little to no coverage stateside. We really need to get over there and experience your races.

Right now I think Rose is the hottest woman in OCR. Oops, my bad Mr. Sinnett, I meant the “top” woman in OCR. But I also like the new crop moving their way up. Kate Kramer, Corrina Coffin, Lindsay Webster, and Becca Clifford, among others, have bright futures.

As is usual but definitely not cool with most up-and-coming extreme sports, the women’s side has lagged behind the men’s in terms of competition and depth. This year that’s finally changing. But what won’t change is who will be on top of the podium come fall.

Amelia Boone has had a year to ponder what could have been in 2014. There’s no way she allows her podium spot to be occupied by someone else for a second year. It’s Boone or bust for me, with Claude and Corrina rounding out the top 3.  I’m more than happy to accept wagers from anyone who disagrees. Speaking of which, when will Vegas begin putting odds on this sport?

This is going to be an incredible championship season. Excuse me, I meant championships season. Spartan

, OCRW, and Warrior Dash will each be crowning championships within a three-week span in October. Tahoe will be an experience the likes of which we’ve never seen before. Warrior Dash will continue to attract Olympic caliber runners and make a strong claim for the most exciting championship in OCR. (Yes, I heard the collective scoff from the community right there.)  Finally, “The People’s Champ” aka the OCRW Championships will look to improve upon a successful debut. Who will attempt to race all three? Will we see a triple crown, or even a quadruple if we count World’s Toughest?

3. Which athlete is making the most from the sport?  –Jeff Wiley, Richardson

My money’s on Yancy Culp. He still races (podiuming twice in recent weeks) so he counts for this example, right? Yancy has become the go-to coach in the OCR community. BeetElite is also one of the more popular nutritional supplements around.

Throw in the newly launched “YancyCamp” training site and I’m guessing things are going quite well. There are a ridiculous amount of people out there willing to pay $360 a year to see the training their favorite racer is doing.

Speaking of which, I’ll let you look at it if you want. Not that, you sicko. My training. For free, courtesy of Obstacle Racing Media. Here you go- my personal training log. (password is ORM)

As far as top racers go, Ryan Atkins will end up winning 11 BattleFrog Races (and the points series), numerous Spartan Races, multiple TV races (bigger payouts for these), and placing high or winning at multiple championships. He’ll take home a minimum of 40 grand in race winnings this year before counting sponsors or podium bonuses.

To these numbers some might say, “Compared to other sports that amount of money is nothing!” Well, this isn’t other sports. And that’s some nice change for doing something you love.

4. What is your mentality while racing? For example, what thoughts are going through your head? Is it just technical strategies, like what your pace is, what place you’re in, etc? Or do you have mind games you play to keep yourself focused/motivated/distracted? – Beni G., Texas

Beni my man! As I’m sure you’re aware, OCR is different from many other sports in that overall place trumps all else. Therefore, time and pace are essentially meaningless. So I don’t worry about them all that much.

The truth is, I’m probably not the right person to be giving advice here. Like many middle-distance runners, I’ve been something of a mental midget in regards to distance running. Back in high school cross-country I’d run 16:30’s for 5k at the low-key races and then 18 minutes at the bigger meets. And I struggled badly with my transition back to competition this past year after years away from running. I actually found out that OCR brought out my nerves worse than track or XC ever did.

I couldn’t sleep before races. Then I’d be too nervous to warm up. Once the race began, I’d spend most of it thinking about how painful it was, how much I hated OCR, how maybe I just didn’t have the talent that my brother did, etc. These were stupid places to be in.

But as my fitness came along I came to realize that only one thing mattered, and that was finding that pace just below red-line and just maintaining it. The mental battles will always be there, but fitness breeds confidence, and confidence allows you to somewhat stifle those voices in the back of your head.

That being said, you can’t wait for your fitness to be perfect before attempting to race. This goes for everything in life- if you wait for conditions to be perfect, you’re probably going to miss out on a lot in the meantime. Be proactive, take a chance, and get yourself out there. I’m grateful that my brother pushed me to race last summer. If I had waited for my fitness and health to be 100% before jumping in a stadium sprint, someone else would be be running for Spartan right now.

5. Who is faster, you or your brother? -Elliot, Ill

We’ll find out at the Dallas AT&T Stadium Sprint in 3 weeks!