Spartan Race posted this video a few days ago with the title “Third place stolen! Make every second count.

This resulted in people doing what people do, giving lots of opinions on the 8 seconds they just witnessed.

We reached out to both women in the video to find out what they were thinking before, during, and after this small fraction of their race, and their lives. Here is what they told us: When I show up on a start line I’m not looking around at who I’m competing with, I’m looking for my friends. Start line hugs are the best!

I’m not nervous at the start line I’m excited about another day that I get to see what my body can do. Somedays surprise me and awesome things happen and sometimes they don’t. Either way it’s a good day.

On Sunday at the West Virginia Spartan super, it was a good day! I ran a strong solid race. I was in second place for the majority of the race. The volunteers at the end told me Nikki had to do burpees and I knew I may have a shot at catching up with her if I could stay strong on the obstacles. Unfortunately, I slipped on twister… But so did Nicki! I caught up with her on the Rings and saw as I got onto the rig that she was in Burpee land again! This was my chance to take my first ever first place for overall female at a Spartan Race…. at age 45 !

Until I slipped on the very last ring reaching for the bell.

I ended up in the burpee zone next to Nikki who was already 10 burpees into her 30.  I tried to catch up, but she finally finished 5 burpees ahead of me and ran to her first place podium win!!

While I was finishing my burpees Sally mastered the rig and passed me taking 2nd.  I looked up and didn’t see another female coming so, winded I got up from my 31 burpees (I always do an extra just in case I miscounted) and knew I had to get moving, but at the same time I still had to get 2 handfuls of CONFETTI out of the ziplock baggie tucked into my belt…. Little did I know, Alex was hot on my trail and powered through the rig in full stealth mode, like a BOLT of lightning!  I see her coming and try to get back into sprint speed, but winded from the burpees, tired from the 15+ miles of solid racing the day before, the 8 miles of that race…. and the CONFETTI, she passed me by a hair over the fire jump and across the timing pad…

I am not disappointed…I am thrilled I could ever be that close to these phenomenal athletes.  I am so proud of them!!

Of course a big win would have been AMAZING… But I have a HUGE smile on my face as I carried home my 1st place masters plaque that day and 2nd place masters the day before.  (And I followed up with the sprint right after the super, coming in 2nd overall female!!! Too bad they didn’t have awards for that one!)

So many critics had such negative words to say about my performance it made me want to throw CONFETTI at them.

At the beginning we all started as competitors…

I’m so happy I now have them as friends❤️

It’s not all about winning. It’s about taking those extra few seconds to enjoy the journey, be thankful for being out there, soak up the views from the mountain tops, encouraging one another and throwing a little CONFETTI when we get to our destination. I had no idea I was even close to the podium until maybe the last 1/2 mile of the race when a volunteer told me. Up until that point I had been kind of waffling it a little bit because I was so beat up from the beast. Between the tire flip, sandbag carry, and spear throw I managed to gain some ground and started leaving a gap on the other girls and by the time I was at twister I was fighting for 4th place with third place being only 20 seconds a head of me. I came out of twister in 4th, flew through the herc hoist and Olympus, and I saw Amy doing burpees at the rig. Tyler told me that amy was third place but I didn’t know how many burpees she had done or had left so I booked it up to the rig.

Unfortunately she finished her burpees almost the same time I got there so I thought I was in 4th no matter what. When I got off the rig I looked up and Amy was still running (the rig was like 50-60 yards from the finish) so I was like ok I have to go NOW and I just started sprinting. I didn’t know what happened until afterwards but Amy was trying to get a handful of confetti (she’s sponsored by the company) for the fire jump and had never checked over her shoulder to see if anyone was coming up behind her. I was able to take advantage of that and by the time she saw me we were so close to the finish line and I had so much momentum that there wasn’t much she could of done.

It was an awesome finish but the comments that have come out of it have been less than awesome. Amy didn’t give up, she thought the timing mat after the fire was the last one. When she realized that the last one was actually under the arch she sprinted through it, but the video cuts out before you can see her do that. Obviously none of those people know Amy because if they did they would know she’s a fierce runner and competitor and she would never intentionally give up, she just made a mistake. It was an awesome finish and Amy couldn’t have been more gracious about what happened which speaks volumes to her as a competitor and a person.

For me I think it’s also proof that it’s not over until it’s over and in OCR obstacle completion and fighting for every inch can make a HUGE difference over the course of the race. I was in 10th place up until the spear throw which was only maybe a half mile from the finish and I had to fight like hell for that podium and obstacle completion definitely helped me. Having a big stride and a good top speed didn’t hurt getting to that finish line either lol.

So there you have it. I’d like to think that I can learn from this and try to be a little less judgmental. That 8 seconds into someone’s life, never tells the full story. 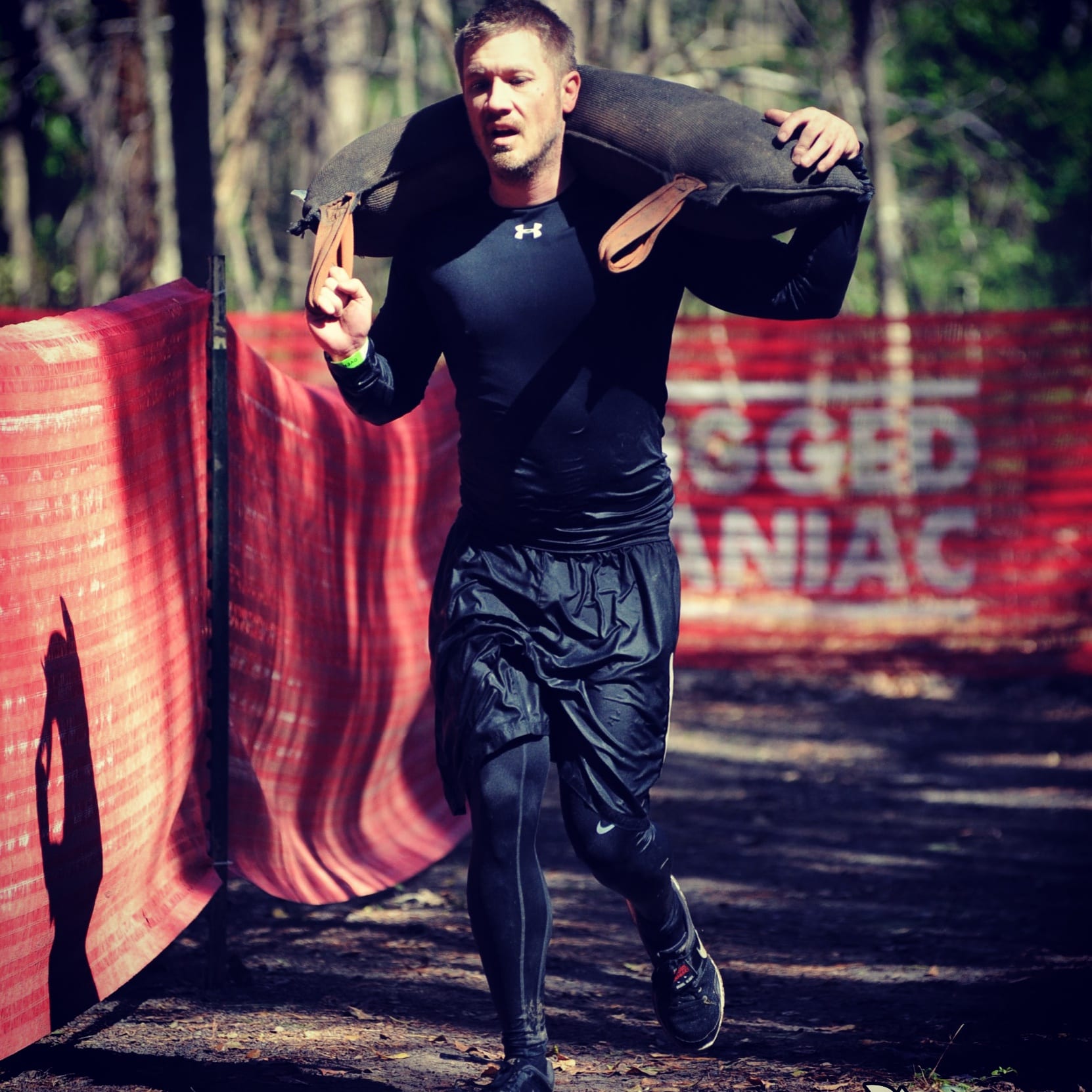 Let me start off by saying if you love OCR then you need to see this movie. It’s…