I Miss The Good Ole Days Of Obstacle Racing

The 2019 Obstacle Racing season is well underway, and from what we’ve seen so far, both participation rates and TV viewing numbers are at record highs. Well, that’s just peachy, I guess.

I should congratulate Spartan. They’ve done the unthinkable: taken a cheesy fad and made it mainstream, leaving opposing companies face-down along the road in their wake like Battlefrog competitors during a double sandbag carry. Joe and company have even persuaded huge mainstream sponsors to buy in and Olympic dreams to swell…but listen, I can’t do this. I’ve made my name as a straight shooter, so I need to be honest with you: not everyone is happy with the progress the major obstacle racing series is making, yours truly included. I’m sure many of you loyal ORM readers feel similar. Progress has occurred at the expense of the community. Do you also remember (and miss) the good old days? Let’s get into it.

Obstacle Racing Media was given an exclusive look at early injury numbers (measured via medic reports submitted at venue) during 2018. These usually cover anything from cramps and IV’s to serious injuries and on-course fatalities. And guess what? They’ve dropped massively in every category this past year, continuing a three-year downward trend. Back when racing was hardcore

But to be clear, this isn’t just about injuries. I hope you don’t think we’re that obtuse. What this IS about is how soft, how white-washed this sport has become. This is what happens when companies sell out. I know I’m not alone in thinking that by fixating on moonshot Olympic dreams and Yelp reviews, Spartan has left many of its core members in the dust, and in doing so has lost some of the draws it once had. Some industry experts I’ve spoken with agree and worry that Spartan Race is losing its edge. This can be attributed at least partly to recent changes focusing on safety that has sullied the race experience and proven divisive at best.

Many of us miss the good old days before Spartan sold its soul in exchange for TV money and hastened to rid itself of everything that made it great in the first place. First to appear was Reebok- the soulless, trend-hopping, neglected cousin of Nike. Desperate to capitalize on the sport of functional fitness, the brand peppered overpriced gear with our hallowed logo and treated OCR shoes like iPhones, releasing a new, mildly disappointing update each year, with grip one can only assume was directly inspired by a banana peel that had been soaked in warm coconut oil.

Then the gladiators disappeared- which, as many of you remember, led to a nation-wide boycott of races by the cosplayer community. But it’s not just people who like to play dress-up who have been hurt by policy changes.

To have a sweat-soaked, muscular, cape-wearing hunk take you down and dominate you at your most vulnerable…I still get chills just thinking about it. In fact, that rush alone was excuse enough for a season pass for many of us. But sadly, those days are gone.

Chuck Whipley, head of Kermit the Flog, a BDSM club based out of Atlanta, echoed this sentiment during a recent FB messenger conversation. “Part of the allure of Spartan used to be the idea that you were paying not just to race, but to be publicly humiliated, both physically and emotionally, and if lucky, sometimes in front of large crowds.” Whipley continued, “I know [fellow club member and OCR industry insider] Matt Davis feels similar, and he’s the guy you should get in touch with.” Through a spokesman, Matt declined to discuss the matter but did deny ever meeting or communicating with Chuck.

And the courses? They used to be TOUGH. In the past, racers were guaranteed at minimum several ravine tumbles, a rolled ankle, and maybe even a few deep slashes across the back, courtesy of barb wire. These days you’re lucky to experience one of the aforementioned if at all, and rumor has it barbed wire is next to go.

Come Monday I used to show up to work an absolute wreck. Mornings were spent limping around the office, regaling anyone within the distance of the tribulations I had undergone while they had spent a lazy Saturday sipping breve lattes or comparing paint finishes at Home Depot. I know they were impressed with me, maybe even a little jealous, even if they didn’t show it. How could they not be? My body was hardened by burpees, my confidence sky-high. Cracked scabs oozed puss through my dress shirt as I bent to fill a mug with my signature brew (bulletproof coffee mixed with one-and-a-half sticks of butter). It was clear I had returned from the edge, from something extreme, having stepped beyond what was normal or expected of a man and emerged better for it. Chafed nipples leaked tiny droplets of blood onto my pastel-striped Brooks Brothers shirt, like Rorshach tests that served to inform my coworkers of their own daintiness. I imagined David Goggins looking proudly down from Heaven, a single tear rolling down his stern face. Editors note: David Goggins is alive and well. I was Ed Norton in Fight Club; bruised and battered, but free, and completely numb to the corporate BS. The opposite of present-day Spartan.

Gone are the threats of sepsis and paralysis, replaced by participation medals and special interest stories on NBC. We ran to honor the flag; now people run for Instagram likes. Which makes me wonder what will happen to participation rates if Instagram actually deletes ‘like’ tallies from photos.

Why race when you can purchase the experience from your couch?

I’m sure I sound bitter, but this is just the truth.

Google trends confirmed my suspicions. As of this writing, searches for “How to get feces out of barb wire cut” were at a 4-month low, while queries for “Frostbite on wiener, how to tell?” had grown flaccid at best.

Also gone these days, the ability to utilize the spear throw area to literally gun down competitors. For several years now the spear has been tied via rope to the fence, eliminating the once-fan favorite game of Frogger that would occur while volunteers rushed into the line of fire to retrieve spears from the target.

A higher-up with Spartan who wished to remain unnamed acknowledged my concerns. “We’ve seen some of these early 2018 figures, and yes, we’re a little concerned over the perceived sell-out status of our brand. But in the long run, we believe fans will understand the changes we have made,” he said.

In Spartan’s defense, there are signs it has turned from its foolhardy ways and has even begun to show some common sense by returning back to its roots and core community.

As many of you know, back in 2016 Spartan was forced to indefinitely postpone their second annual cruise after the ship was quarantined following a post-trip coast guard inspection of its pool and hot tub. However –and this will probably be news to most of  ORM’s readers– this August the arduous two-year disinfection of the Royal Princess is slated for completion. Finally!  The official Spartan release stated as much: “We can announce with pride that the hot tubs will officially open again. Spartan and hedonism will once again be synonymous as Spartan and the (recently-unstickied) Royal Princess will return to Stirrup Cay, Bahamas in 2020. Bring your swimsuits…or don’t- anything goes.”

Our sources within the industry echoed that all is not lost, adding that they’ve seen a solid uptick in ACL tears, compound fractures, and rolled ankles over the past 18 months, most of which the industry can thank the Tough Mudder X series for.

Finally, while Warrior Dash’s recent demise has certainly shocked the industry, grassroots races are quickly popping up in its wake and just might sway hoards of disinterested racers into getting back on the course. The front-runners to fill Warrior Dash’s hole include Florida’s Co-ed-Croc race, in which competitors are teamed up with an alligator over a 6+ mile course, and the Black-and-Blue race, a 24 hr enduro event during which racers are tasked with completing as many laps as possible around the Roswell, Georgia police station while donning Collin Kaepernick jerseys.

Do you also miss the good old days of the sport? Let us know in the comments below.

“Big Dog” Regional Pricing… Is it worth a look?

The growth in the sport of obstacle course racing (OCR) is undeniable. Articles about Amelia Boone (one of… 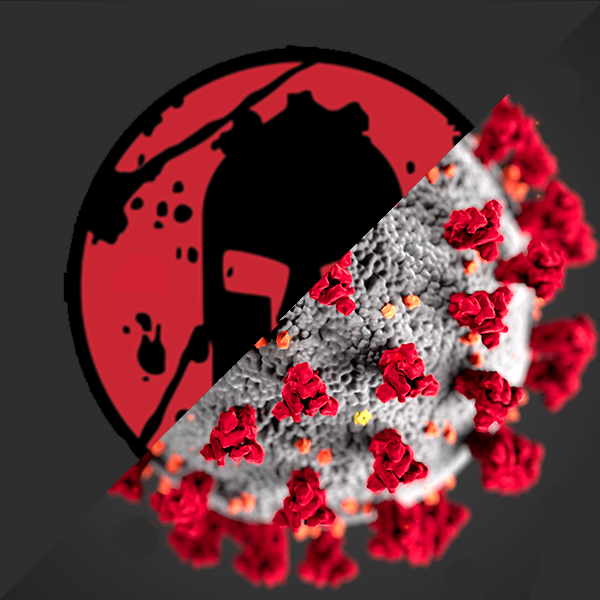 Coronavirus: How I Learned to Cope and Why I Love the OCR Community 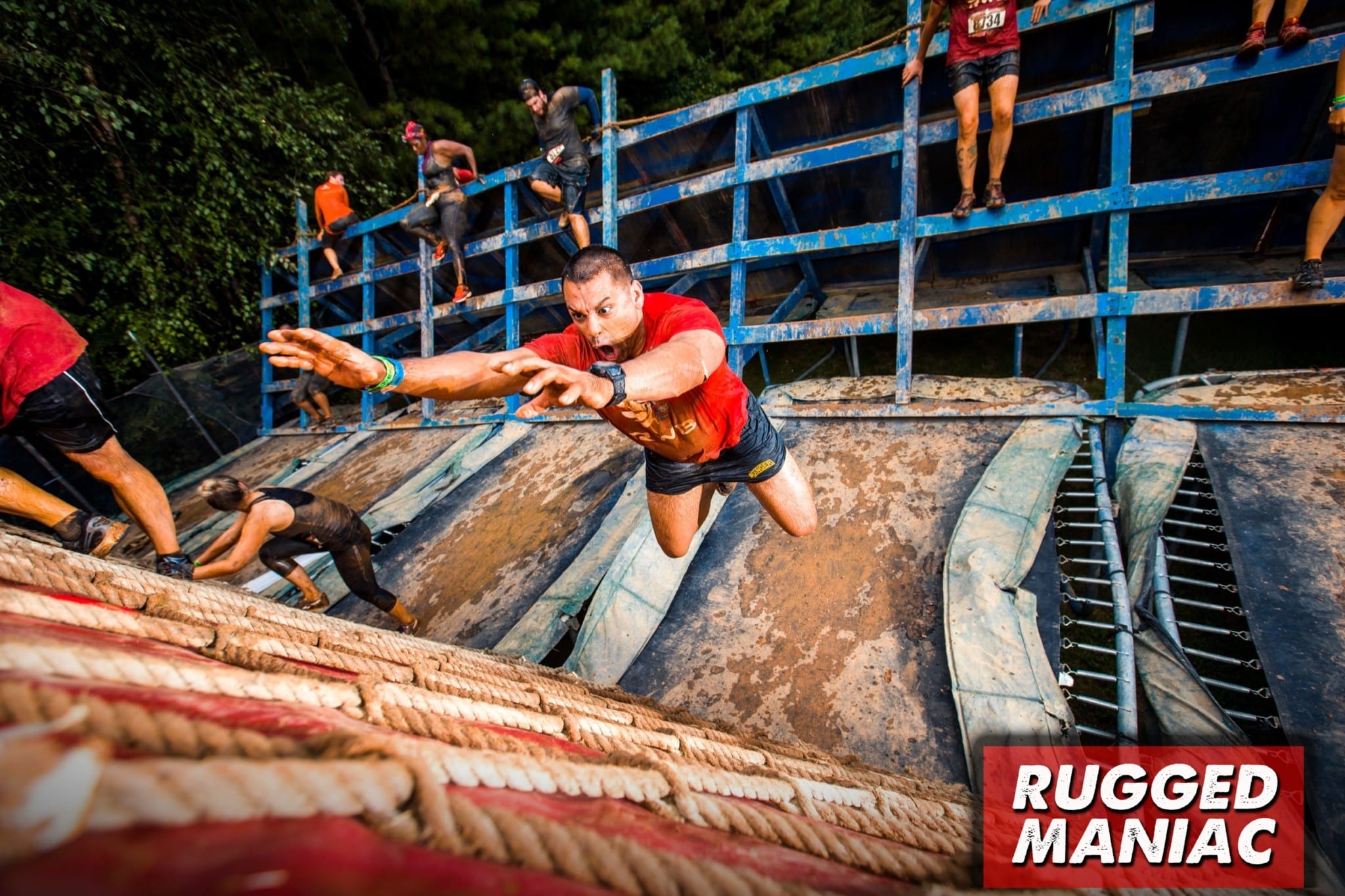