Compassion and Laughing at Fat People on an A-frame.

My father raised me to try my hardest at anything and everything I did. This typically involved being one of the best at anything I attempted. It didn’t matter if it was a video game, debate, trivia, work, or sports, I always strived to be the best. Sometimes I succeeded, sometimes I did not. Compassion was not one of the things we practiced; in competition, there is no room for compassion.

Despite my best efforts, running, is something I’ve always sucked at. I ran cross country in high school and the only time I ever broke a 22:00 5k was because the course was short. Long story short, I developed a very elitist attitude. I was adept at being a top dog. I was promoted very quickly at any job I held, and I ranked top in the nation at any video game I played. 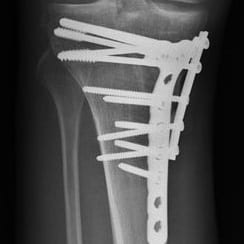 After a nasty leg break in 2010, being told I’d never run a mile again, I figured I’d start running. I was slow, still am, but I enjoyed it. I started doing 5ks on the weekend. I’d place in my age group here and there in small fields. My competitive nature kicked in and I started to grind. As I got faster, my elitist nature started to kick in. I started running more and training harder.

On a random weekend in September 2013, the girl I was dating invited me to do Savage Race with her. She had been telling me about doing these mud runs and that I would like it. I told her that if I wanted to spend a lot of money to drink and get dirty, I’d go in the backyard with a twelve pack with a water hose and have it out. A family friend had a bib and wasn’t going to be able to run it due to injury and gave it to me. I figured, why not?

Oh – how I fell in love. It was like the first time a girl runs her hand up your thigh. I was hooked.

I wasn’t great at it, but I knew I could be good. I saw this sport as something I could conquer. I started looking down on others, making fun of those that couldn’t make it over an A-frame, and ridiculing someone who couldn’t even get over the entry wall into the wave. I’ve always been that person. Compassion has never been my strong suit.

I started doing more and more races and scoffing at others. I remember seeing ‘a guy’ with funny glasses at Firebreather Challenge in Woodstock, Georgia. A random person came up beside me at one point and said, “I can’t believe a blind person is doing this.” I thought cool, he can’t see, I’ve got a jacked up leg, same difference, and went on my way. 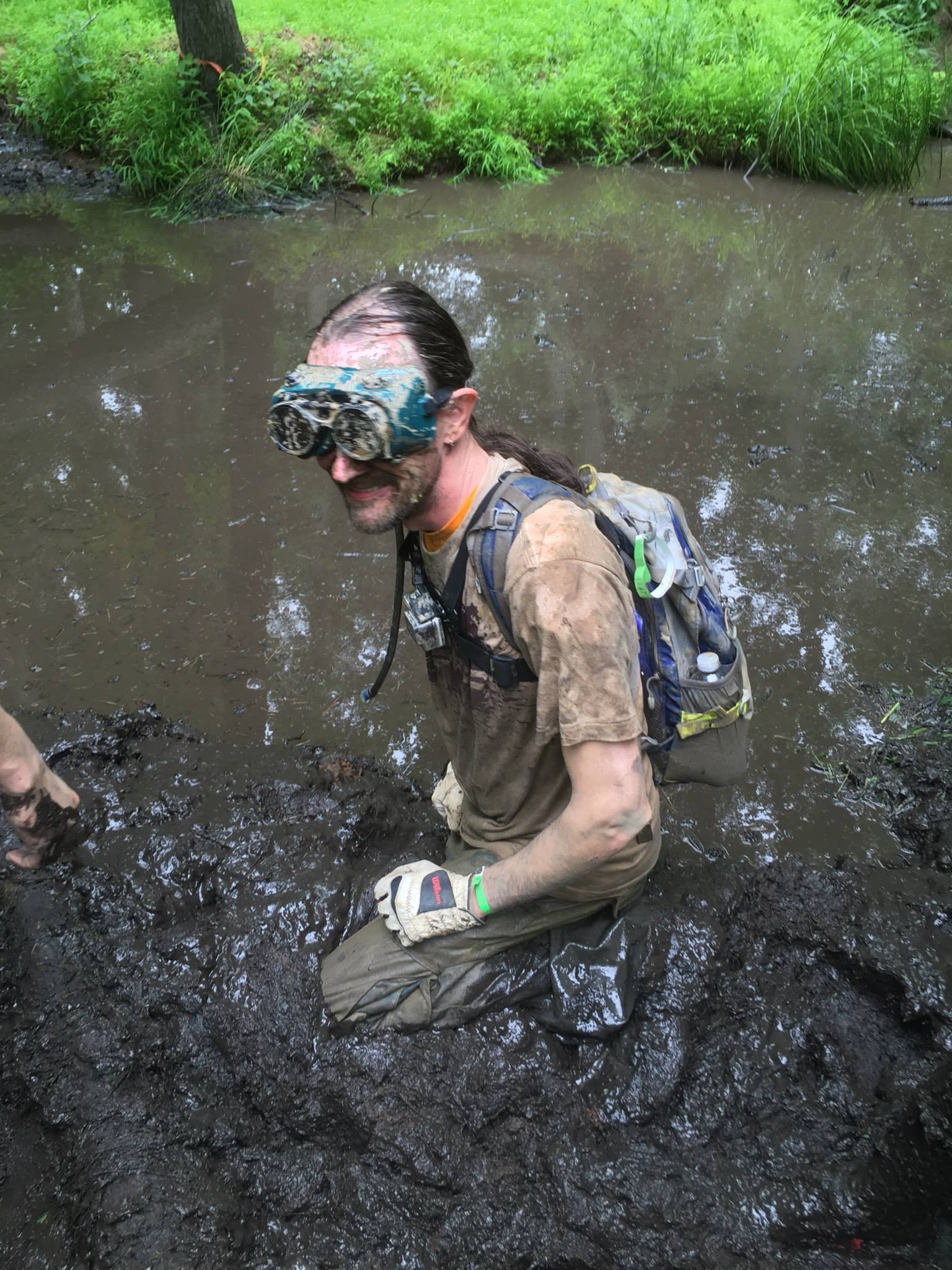 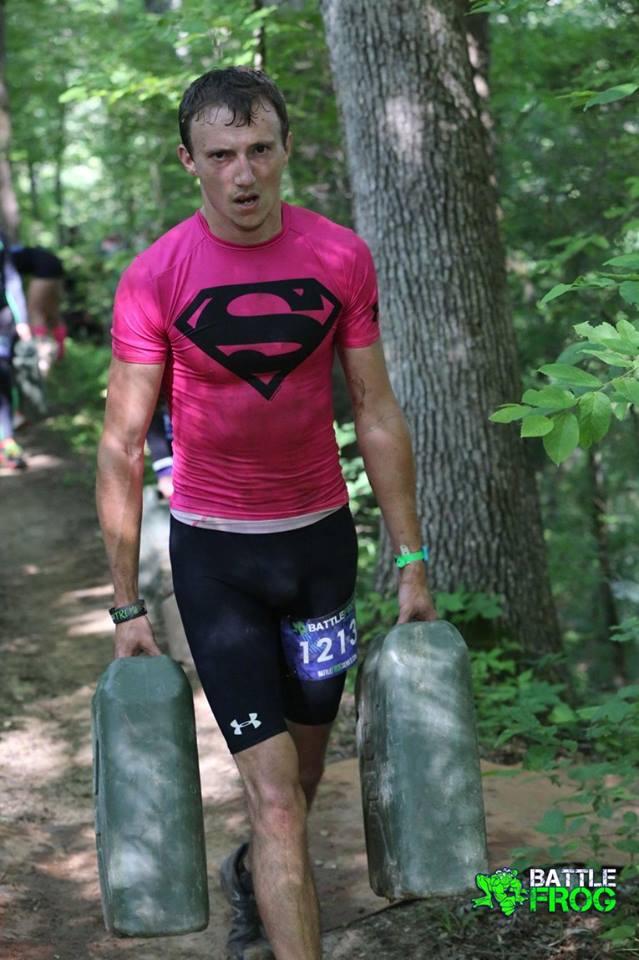 Skip ahead to BattleFrog Atlanta Spring 2015. I was running BFX. I had just finished a lap and decided to drink a couple beers and eat a hamburger. As I was sitting at the BFX tent, a group came around the bend with a gentleman in a wheelchair at Tsunami. I thought, “You’ve got to be kidding me.” I sat there and watched this team work together to build a human rope for the guy to climb to the actual rope, and he made it up alone after that. I can’t pinpoint when it happened, but I think that was it. OCR taught me compassion. 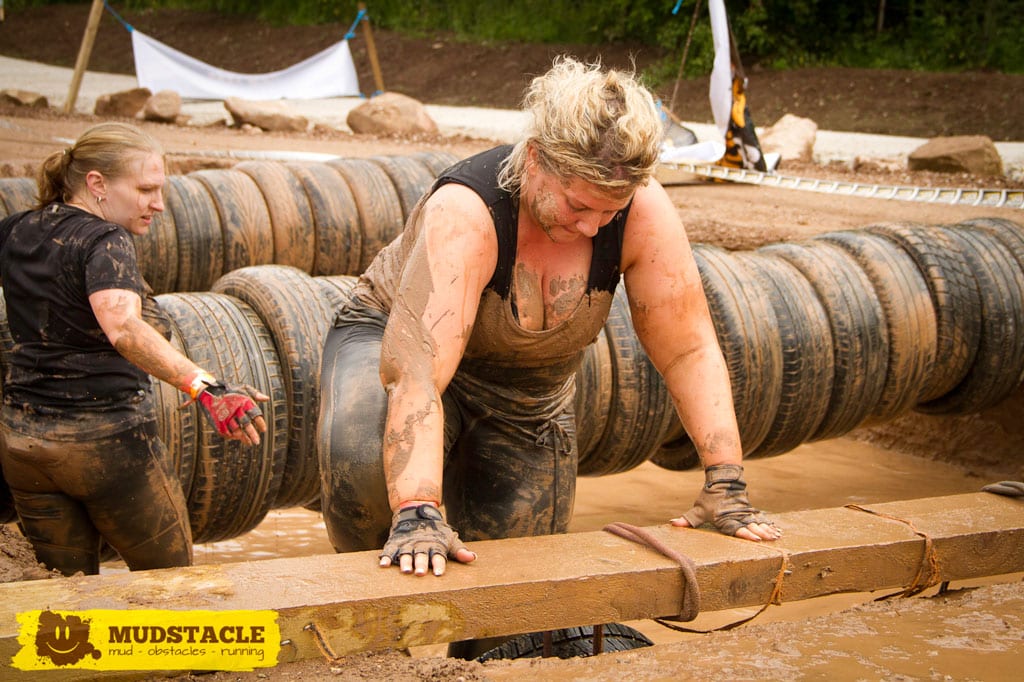 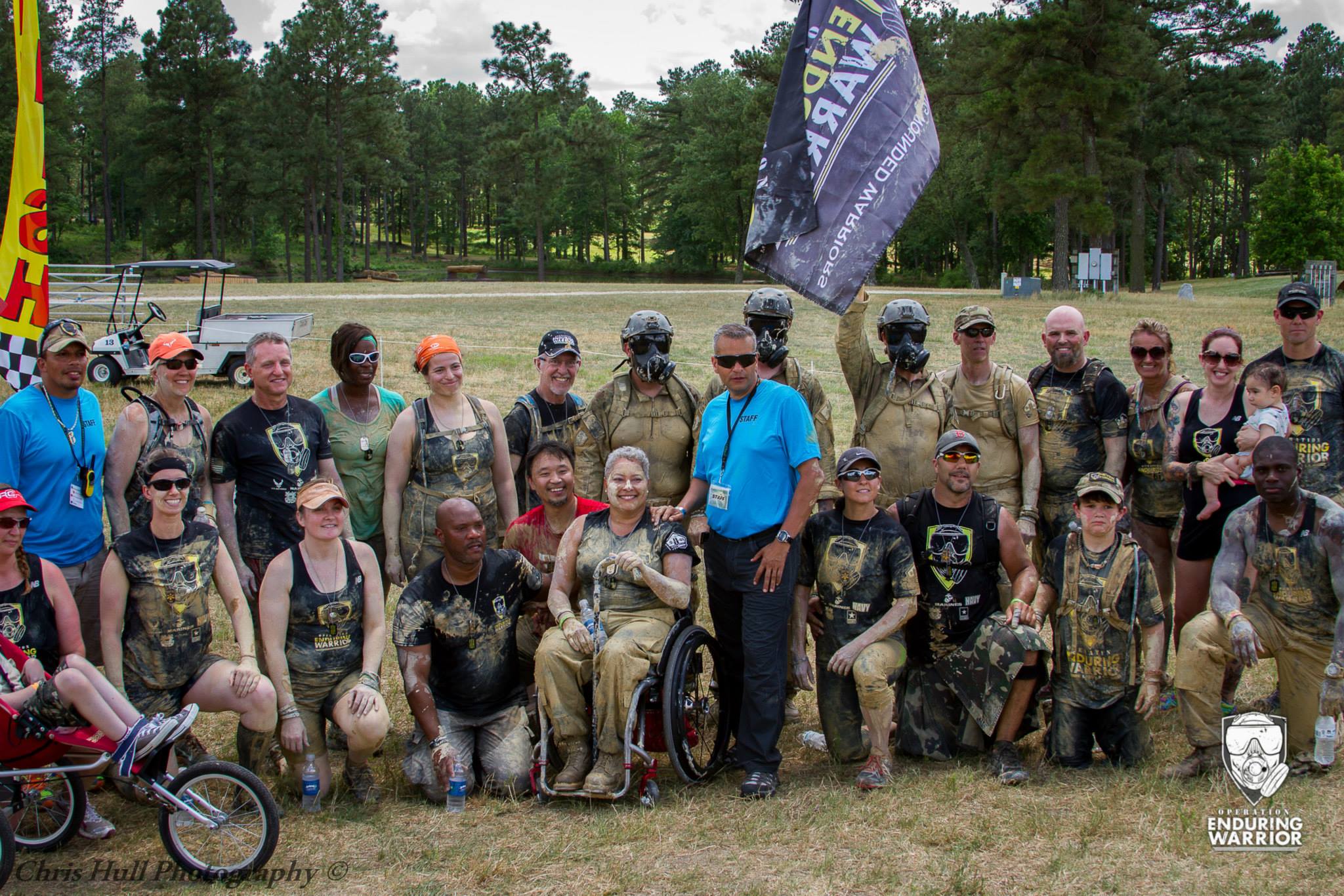 OCR taught me what an actual adaptive athlete is. OCR has helped me develop a character trait that the world needs more of. It has taught me to respect what challenges some people are facing and the fact they are overcoming them. As much as I love running the elite waves, I enjoy the kick in the feels of someone doing something they never thought they’d accomplish by making it over an obstacle much more. It bleeds over off the course too. It has changed the way I look at people. An elite athlete making it through Sawtooth is nothing new. You want to see what OCR is about? Go by Sawtooth around 2pm when the late open waves are coming through and watch a 240 pound woman pass out before she is willing to let go of that bar. OCR isn’t about the elite. OCR is about the everyday people who are willing to make a change in their life and challenge their existence.

(The blind guy I referenced is Blind Pete. Blind Pete possesses an athletic talent most people could only dream about. If he isn’t your friend on Facebook, you should make him your friend. He is one of the most inspirational people you’ll ever meet.) 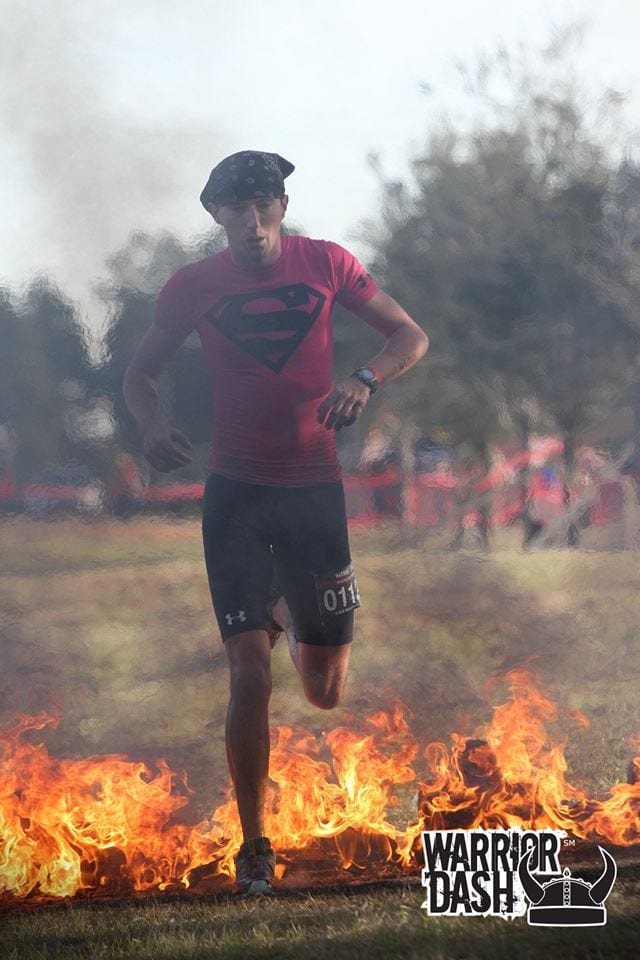 Social Media Dude at Obstacle Racing Media
Charles is an avid runner and general klutz. He was terrible at running in high school and is trying to fix that while in his 30's. He is kind of hick-ish and has a man crush on Ryan Atkins and Atkins' dog, Suunto.

What The Pros Wear - Scott Jurek 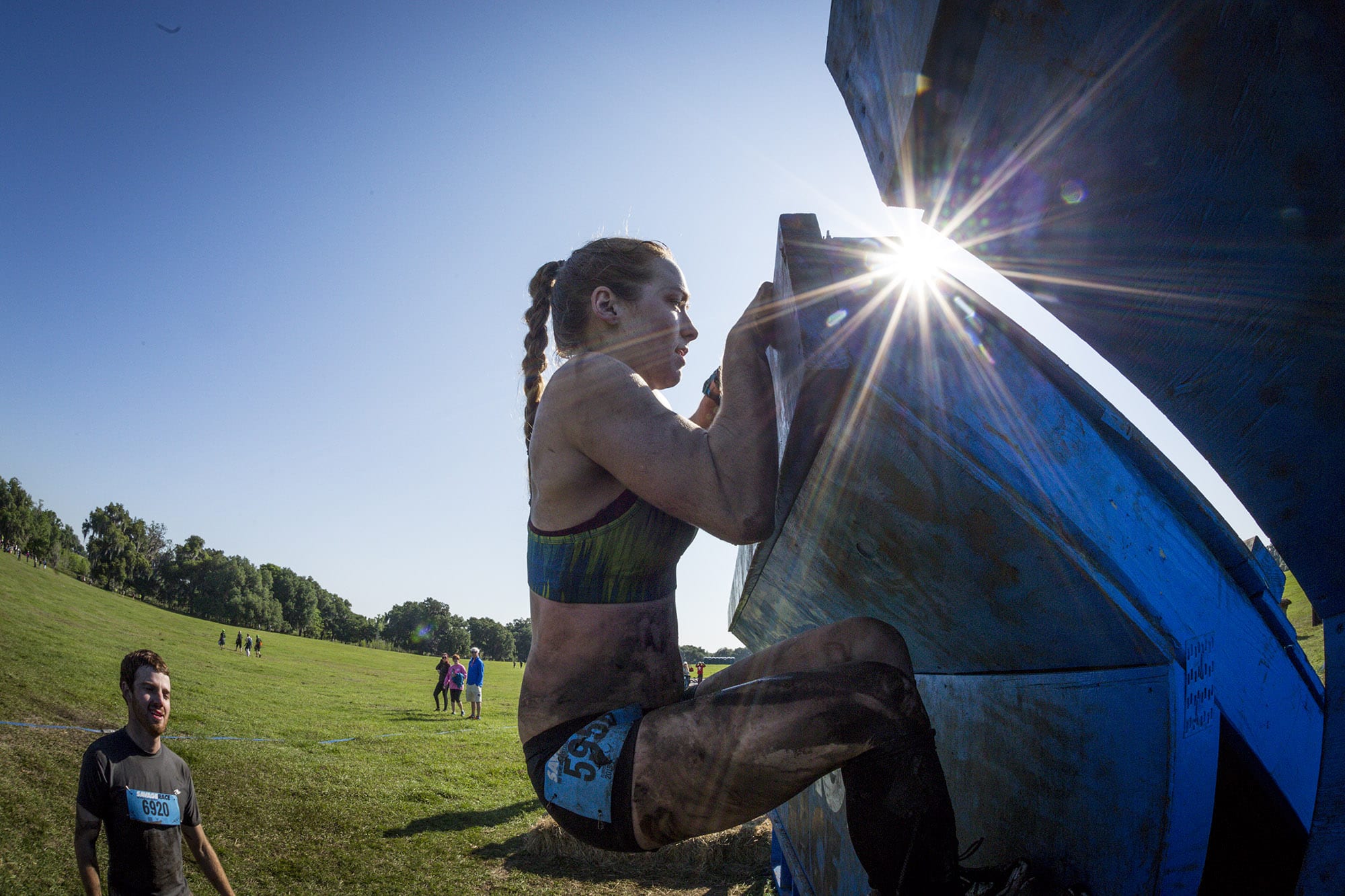 I have a dirty little secret…. Come to think of it, most of my friends that I have… 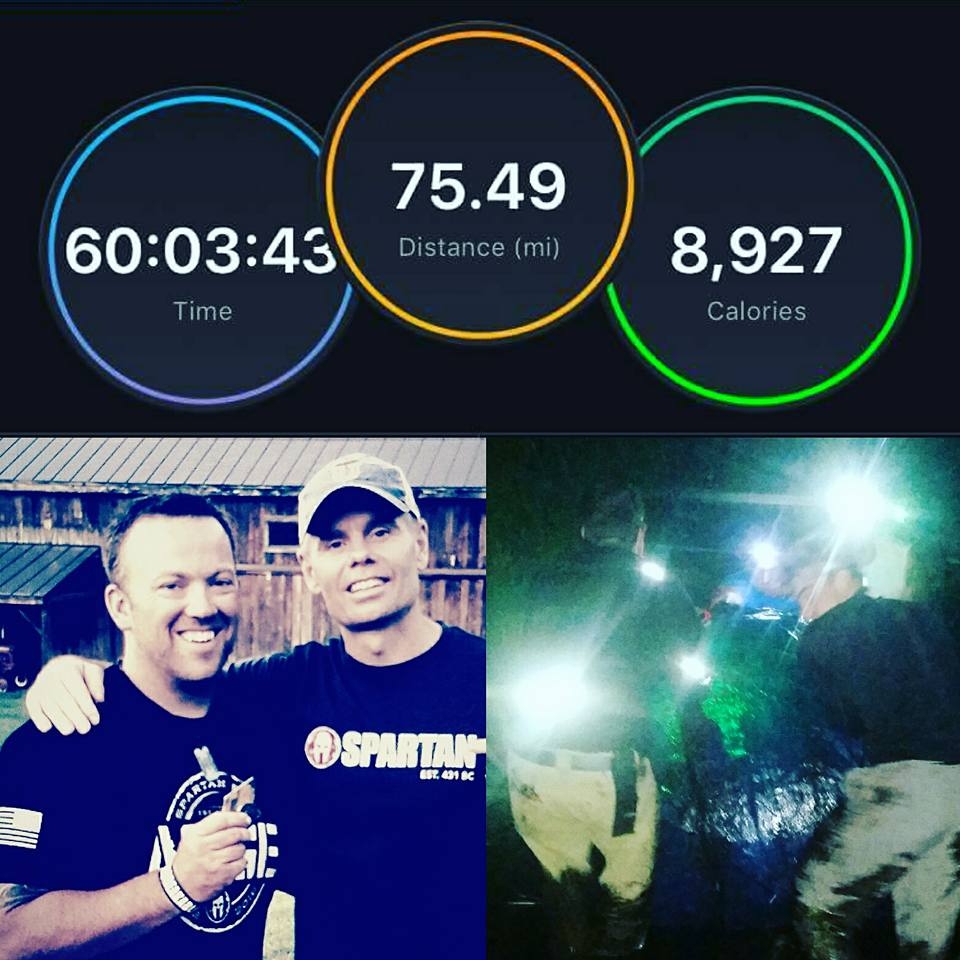