A Day in the Life of…Miguel Medina

Follow along as we examine the daily routine of elite obstacle course racer Miguel Medina to get a feel for how he mixes training and racing into his already busy life.  With over 10 podium finishes spanning stadium races to ultra-distance events, including a 1st place team finish at WTM in 2014 and a 2nd place finish at the 2015 Spartan Race Ultra Beast Championships, there is no question that this Spartan Pro Team and SISU Pro Team member fits into the class of elite obstacle course racers.  However, there’s more to Miguel than OCR. 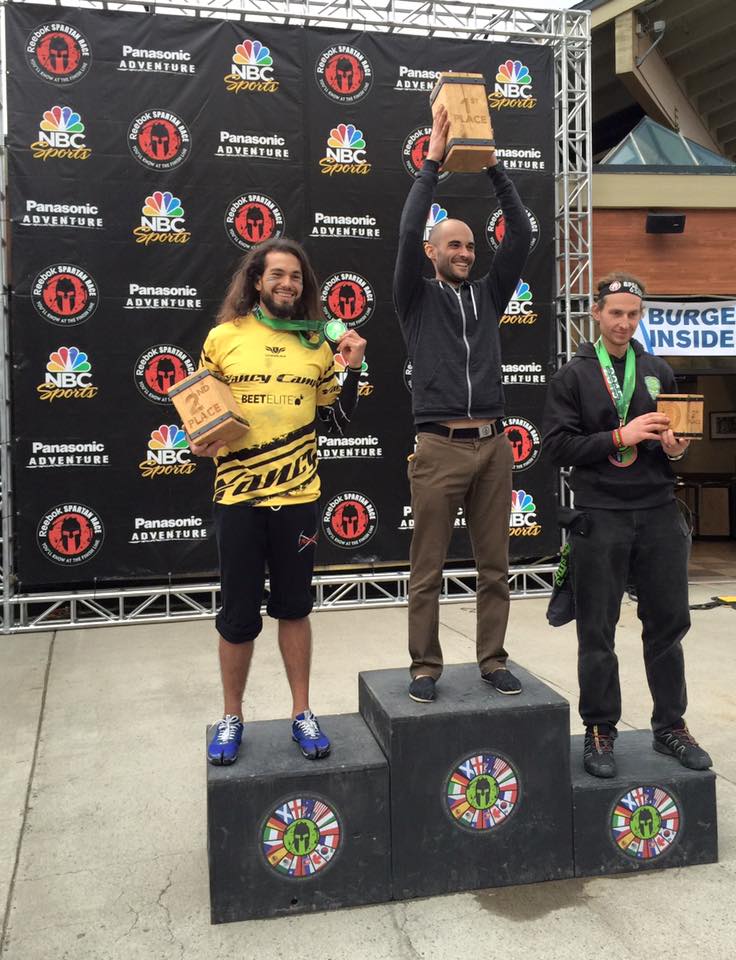 Miguel Medina (left) on the Spartan Race Ultra Beast Podium
5:30 am:  Alarm goes off.  The sun may not be up yet, but Miguel Medina is.  The 27-year-old Torrance, California, native doesn’t even give the snooze button a second look.  After answering nature’s call for himself, he lets his three dogs outside…nature is calling them as well.  Back inside, he starts a pot of coffee while stretching and getting warmed up for the day.  Then Miguel heads out the door for what Coach Yancy Culp calls his ‘daily necessity run’.  Miguel uses this three miles of relaxed aerobic running to clear his mind so he can concentrate on the day ahead. 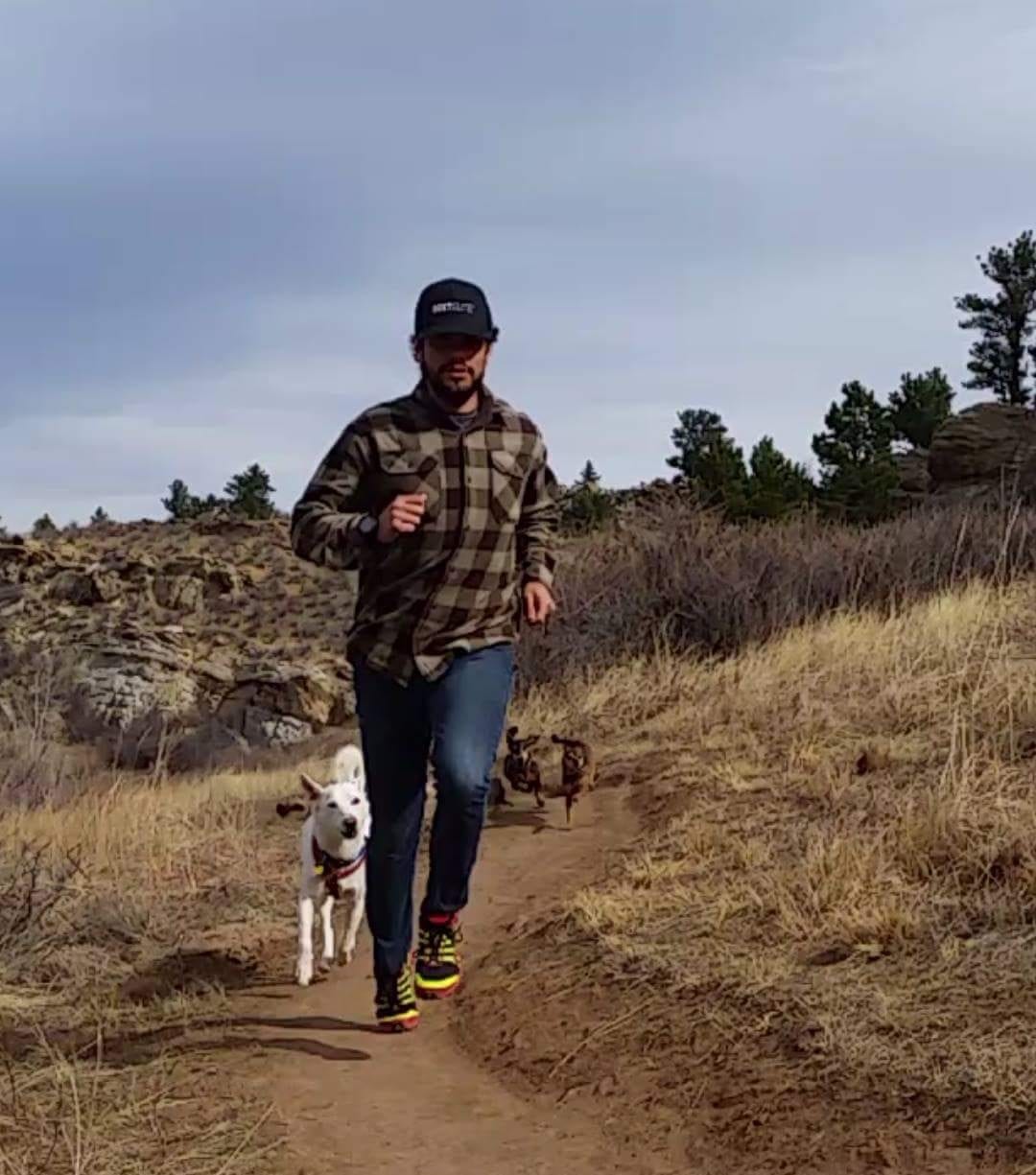 Miguel during his morning necessity run
6:45 am:  Back from his run, Miguel feeds the pups and preps his breakfast shake.  After downing breakfast (a shake made from flax milk, kale, banana, oatmeal, flax, and chia seeds), Miguel hits the showers, puts on a polo or a shirt and tie, pulls back that famous long hair, and heads to work. 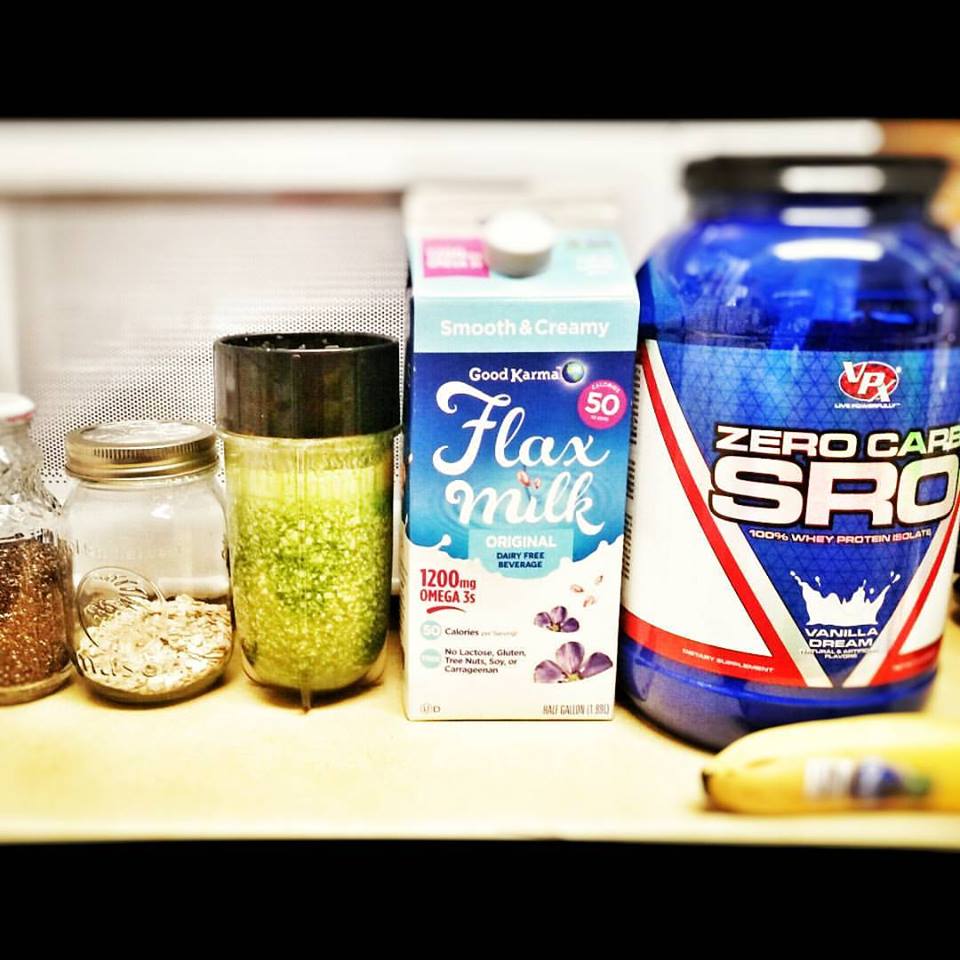 Typical ingredients for a Miguel Medina breakfast
7:30 am:  The commute is not arduous.  Since moving to Ft. Collins, Colorado, this year, Miguel has started working from home as a Medical Interpreter and Translator.  If you’ve been following OCR for several years, you probably already know this, having seen a hypoxic Miguel on 60 Minutes Sports, tearing off his training mask and testifying, “I’m a medical interpreter”.  What the heck is a Medical Interpreter and Translator?  Picture sitting at your desk in your office when a Skype call comes in.  On the other end of the call are a Doctor and Patient, one of which speaks Spanish, the other English.  Miguel’s job is to bridge the cultural and linguistic gaps in communication between the two.  It requires effective communication skills with an understanding of both cultures.  In any given conversation, he could be communicating the topics of neurology, nephrology, gastroenterology, psychiatry, nutritional science, etc. in two languages with two people from vastly different backgrounds.  He says every day is a little different.  Although the job can be very challenging, it is also very rewarding because Miguel gets to help people who may have some very serious health problems.  Without Miguel, they would have difficulty getting treatment.  Miguel fields calls from around the U.S. off-and-on all day long. 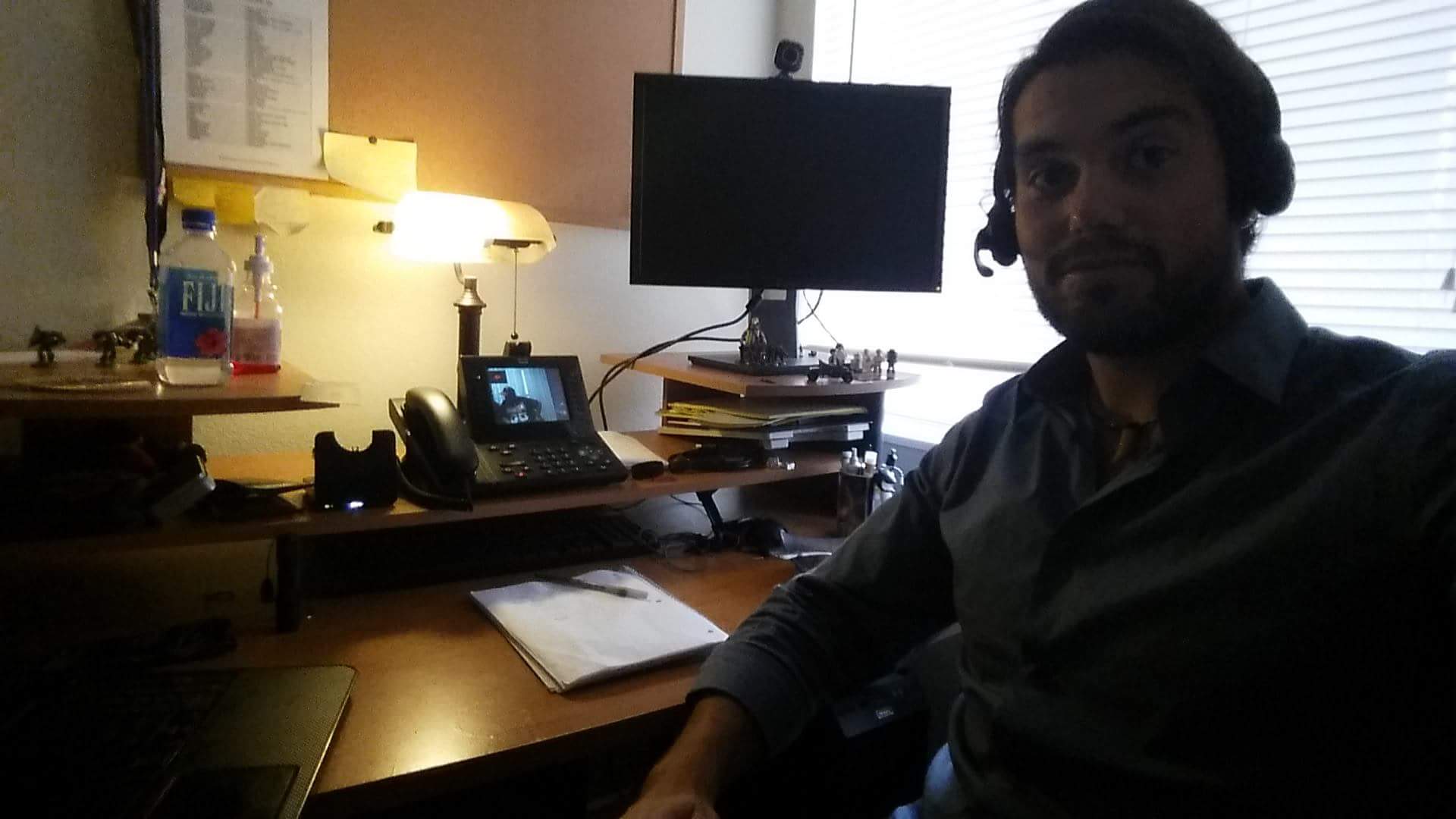 The Medical Interpreter in Action
In between calls, Miguel is squeezing in some basic movements, like the stationary bike, pull-ups, Turkish get-ups, or stretching.  Anything to get his heart rate up in the 135-145 range.  He also squeezes in snacks all day, such as carrots, celery, and cherry tomatoes, as well as peanut butter and some awesome and healthy cookies made by his girlfriend Meredith.  Lunch is eaten on-the-fly as well, and today includes a vegetable curry with cauliflower, carrots, sweet potatoes, garlic, onion, kale, and some legumes. 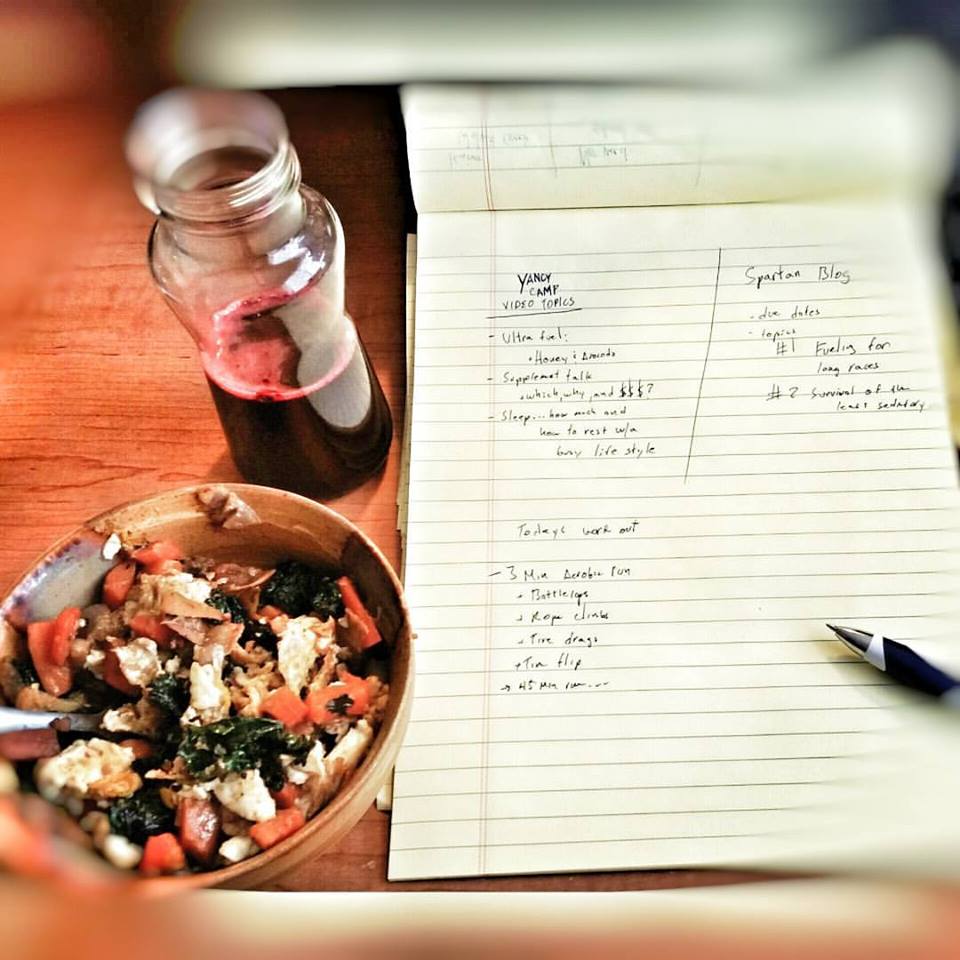 A typical Miguel Medina working lunch
He also uses the time in between calls to catch up on questions from his Yancy Camp athletes and have his almost daily conversations with Coaches Yancy Culp and Richard Diaz, his BFF Hunter McIntyre, and his family.

4:00 pm:  The medical interpreter clocks out, and the obstacle course racer clocks in.  After work you’ll find Miguel on the trails, at the track, or at the gym.  For roughly three hours a day, he’s running, bouldering, rock climbing, swimming, doing crossfit, or lifting heavy things.  You will also find Miguel knocking out one of his Yancy Camp prescribed workouts, a sadistic mix of aerobic run, tempo run, speed run, burpee, pull up, burpee pull up, farmer’s carry, sandbell snatch, sandbell step up, sandbell squat, lunge, weighted lunge, or some other form of body torture.  Once the season picks up, those three-hour training sessions will be extended to almost six hours.  Miguel is especially psyched today because he is going to his new favorite gym in Ft. Collins, Maniac’s, where the highlight of the workout will be tire drags in the parking lot.  Miguel says he listens to a variety of music while he works out, including classic rock and metal, but his playlist lately has shifted into a lot of electronic music.  Maniac’s is totally cool with that. Miguel (right) drags a tire at Maniac’s
7:00 pm:  Just getting out of the gym, Miguel and his girlfriend will typically pick up something for dinner to save a little time.  Not tonight, though, for tonight there’s a big roast in the oven with some sprouted bread and a ton of vegetables.  We’re talking 4-6 services of vegetables, which Miguel insists is a requirement for the OCR lifestyle.  He tends to avoid alcohol so it doesn’t distract from his goals this season.  The remainder of the evening is spent discussing plans for the upcoming weekend with his girlfriend, playing with the dogs, and catching up on questions from Yancy Camp athletes.

10:00 pm: In bed, after a long day of working and training there will be no problem going to sleep tonight. 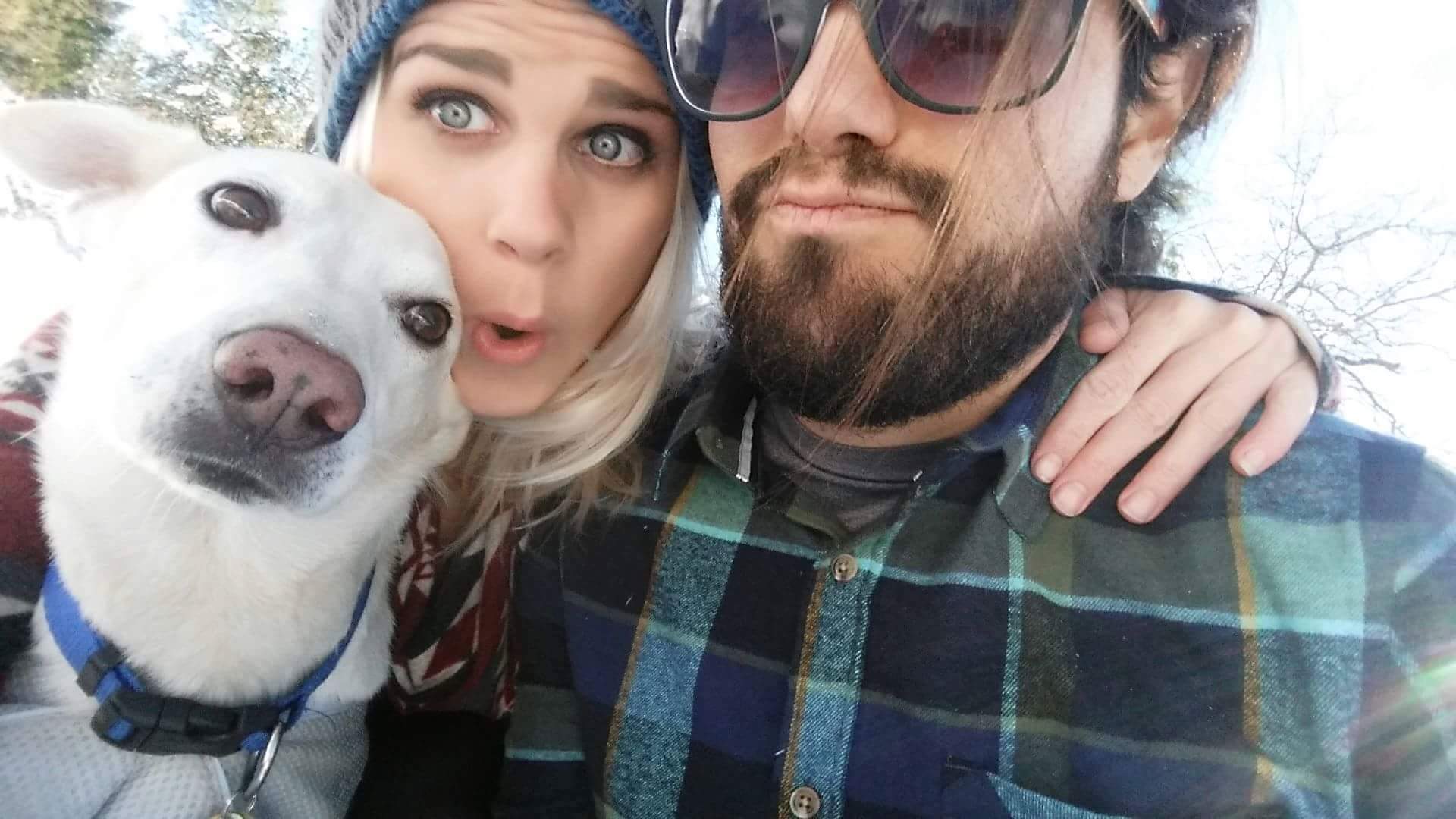 Up for a challenge?  Join Team Medina at www.YancyCamp.com 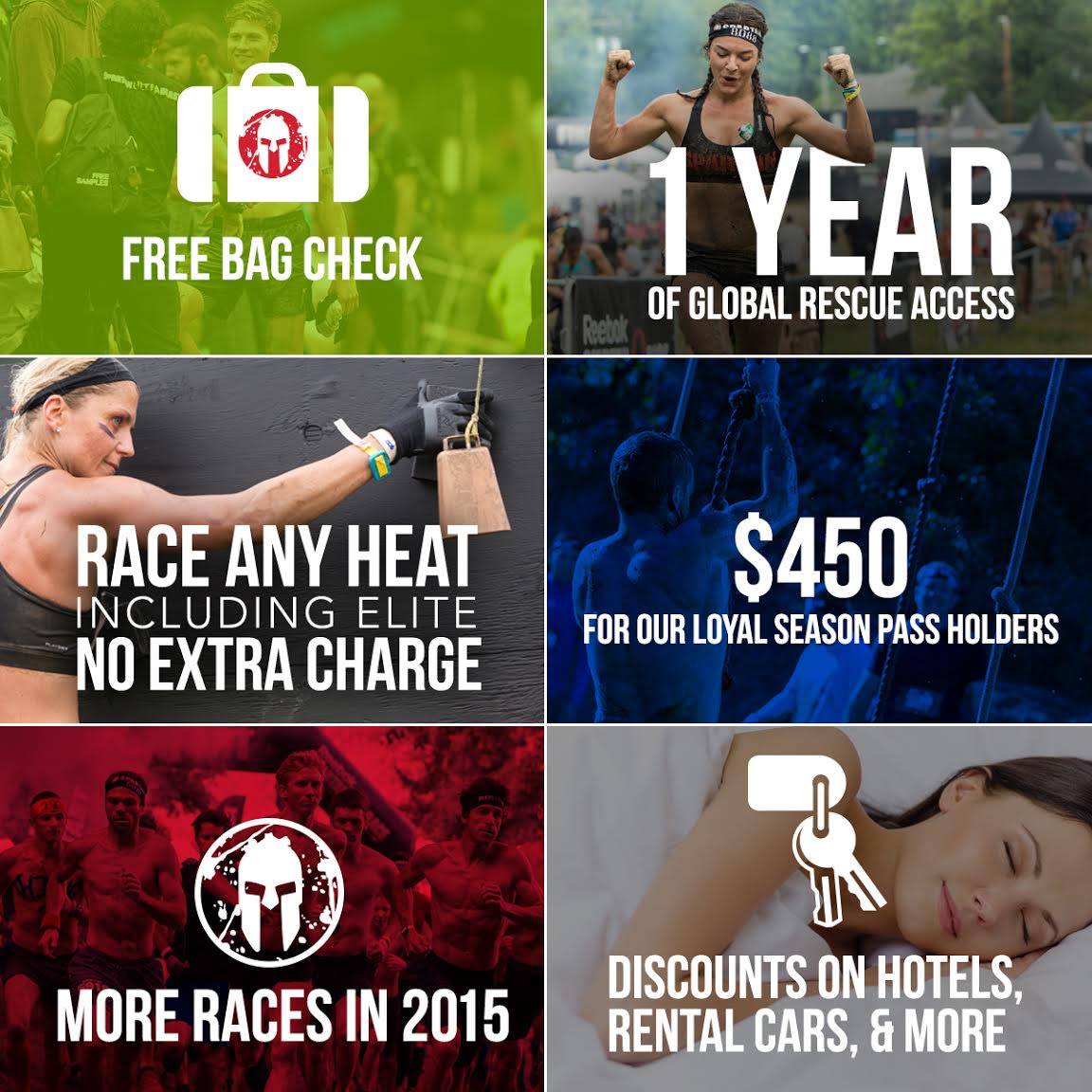 Sometime every winter; Spartan Race has finished up their annual season, the race calendar gets a little quieter,… 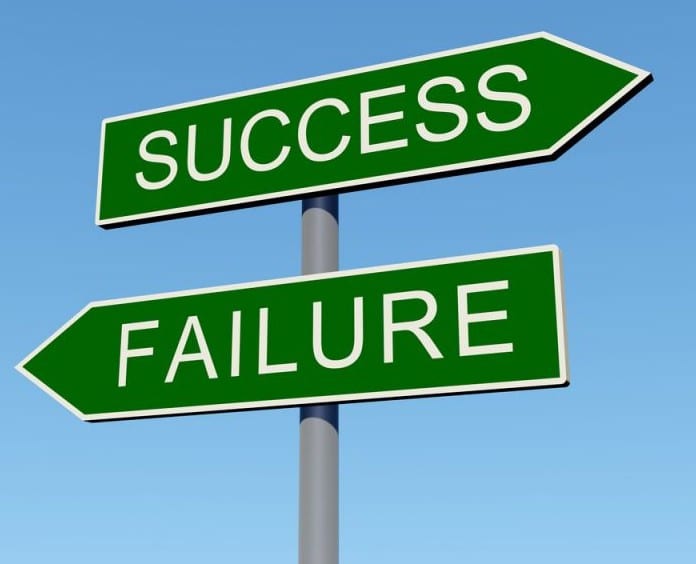 We at Obstacle Racing Media attempt to help new race directors whenever possible, on this one, we are…