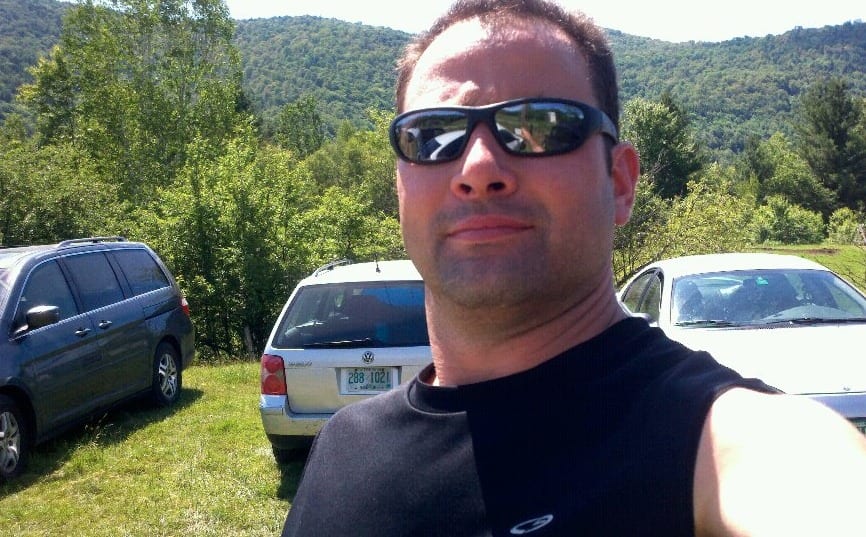 Betrayal. I was on site at Amee Farm less than 15 minutes when I was confronted with it. I walked up to Race Organizer Andy Weinberg asking him if he had seen Todd Sedlak. I came to the Death Race to crew for my pal Todd and I know Andy has a sweet spot in his heart for Sgt. Sedlak. Instead of being met with a smile, Andy quickly dismissed me saying “Todd’s not here, he is out of this year’s race. If he’s not here by now, he will never catch up and finish on time”. He then quickly walked away. I was baffled. I had no idea at the time, but I had walked squarely into the game that was the 2012 Death Race.

All Joe and Andy had to do was utter that word “betrayal” and the rest happened on it’s own. None of the participants, volunteers, or staff knew what was really happening at any time. What was real? What was fake information? What was misinformation? Who was in on it? Who wasn’t? The Death Race, which is already designed to mess with the participants’ heads, had everyone of us thinking, re-thinking, and over thinking every move over the weekend.

We will get back to betrayal, but I want to talk about what an overall amazing experience it was to be at the Death Race. First of all, if you are a fan of all things Spartan, it was the place to be. Anybody who has had a story you have read about in recent Spartan blogs or videos was there either as participant, volunteer, or crew. Chris Davis, Margaret Schlachter, Andrew Hostettler, Amelia Boone, James Ogden, Leyla DiCori (along with several other Spartan Chicks ) and yes-Todd Sedlak- who had in fact made it after all. I spotted all of them within an hour of being on site. All of these people were approachable and just as excited as I was to be at this event and to meet everyone else.

The next thing that has to be talked about is the beauty of Vermont. If you are going to spend the weekend somewhere, there are certainly fare worse places. Every once in a while I would stop and really look at these beautiful mountains around smile.

Also, if you haven’t seen at least 10,000 stars on a night in your town lately, its time to get away for a while. All of this topped off by the fact that we had beautiful weather all weekend. Something that was not lost on the racers at all.

Speaking of the racers, this was really the best part of the weekend.

Quick note: I am not going to go into long details about specific tasks of the DR in this article as that will fill up several blogs on its own. Check back here at Spartan or search the web for those blogs by several others in the coming days and weeks.

In the beginning we had 230 happy, excited, fit people ready for what most likely was, the toughest thing any of them had faced in their lives. Within the first few hours, we lost 10-15 people. It was rumored that some had asked questions about Gatorade breaks and aid stations. Clearly they did not do their homework on the Death Race. As the first night went on, they started to drop in ones and twos. The first ambulance was called around 930pm.  A participant had been found collapsed on the trail. When they got him back to base camp, he looked really bad and was speaking incoherently and we worried that we might have our first real casualty at The Death Race. (He recovered, and is fine by the way).

Since my man Todd was deep in the woods somewhere, I was volunteering at base camp. I got to work next to Spartan employees and interns. This was a double win as I got to learn first hand what it is like to work for Spartan by great people who are passionate about what they do. I also was able to see all the racers as they came by to check in, or quit the race. The first night and next morning were all racers who had just had enough. They enjoyed their time but were satisfied with their efforts and were leaving. By mid afternoon, The Betrayal was full on and people were quitting in droves.

Joe and Andy would call over the radio that certain racers were disqualified. When they got to us, volunteers and staff were told to tell them “You didn’t finish the last task in time so you are done”. Most of them were relieved. A few told us to get bent and demanded to keep going. Here’s what is important to know: There was no meeting where Joe and Andy said to the volunteers “Hey listen, we are going to ask you to tell them to quit, but it’s really a test just to see what happens”. We really thought they WERE disqualified. If Joe and Andy tell you something, you do it. So we did what we were told. The racers believed us

…IF they wanted to quit.

If they did not want to quit, they would ask where they needed to go next. Several examples of this can be seen in the videos of Maragaret Schlachter’s Ustream page. Joe, Staff and Volunteers can be overheard telling racers directly or giving commands over the walkie-talkie that racers were disqualified. Or the participants were not going to be called “official finishers” Only those determined to finish no matter what, ignored those things and kept going.

The mind games went on all weekend. At one point, a cheating scandal erupted. (another full blog on its own to come later). This was not planned but gave Joe and Andy a lot of rope to hang the participants with. The racers were referred to as liars, cheaters and criminals for the next several hours as a way to get into their heads. Another great little mind-trip was watching Joe and his family eat pizza out of the back of a pickup truck late on Day 2. This was while all remaining racers were chopping trees in half that were the size of mid size cars. Joe didn’t even bring attention to it. He didn’t’ say out loud “Look, we got pizza”. He was just casually stuffing his face and feeding his family. All the while, these poor souls (most of whom have not eaten in over a day) are doing hard labor. 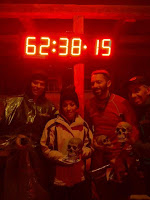 My real money’s worth came mid day on Sunday. A racer came out of the woods to say another teammate was down and needed help. Three of us walked back to find a very strong man who had given his all and was in tears. He was heartbroken that he wouldn’t finish. The whole walk back he talked about how he was letting people down. Every step for him was painful, his feet were already hamburger meat from being on the course for 46 hours. We helped him up and got him back to his tent. I wasn’t sure if he would make it, but just being with him on that walk back was inspiring. He and team of 3 others would in fact finish the race at hour 62. This was 17 hours later and long after the winners had been decided. They kept going because they were determined not to quit.

I watched determination like that all weekend. Racer after racer would come back down to base camp to find their next task. It was often telling them to go hike 4 miles back from where they just were. Most would run off with such a stride, you would have no idea that they had gone so long without sleep or a real meal. On top of that they were carrying untold weight on their backs. Even those that bowed out were inspiring. They would stop to thank us, the volunteers for our time and most said “I’ll be back next year”. All of these racers, finishers or not, dug really deep to find things in themselves. Find things that you and I rarely do in our day-to-day lives.

*This blog was originally published in Spartan Race Blog thanks to the very rad and very awesome Carrie Adams. 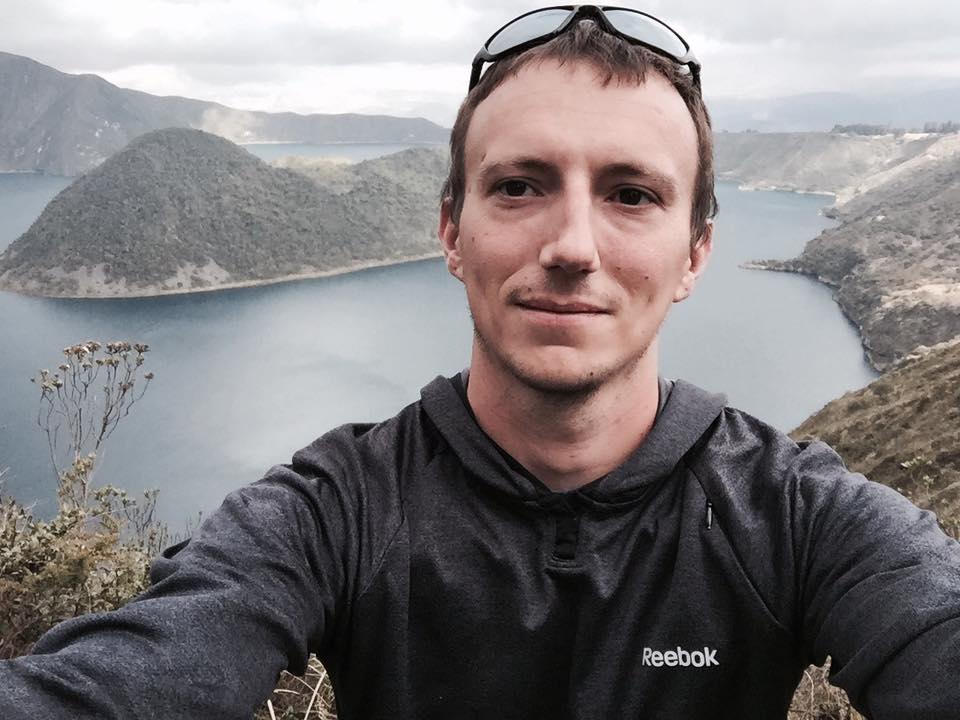 (Author’s note: Full disclosure, this was a complimentary trip paid for by the Tourism Department of Quito. I…

It is FINALLY the holiday season! It is my favorite time of the year: the cold lukewarm, crisp winter… 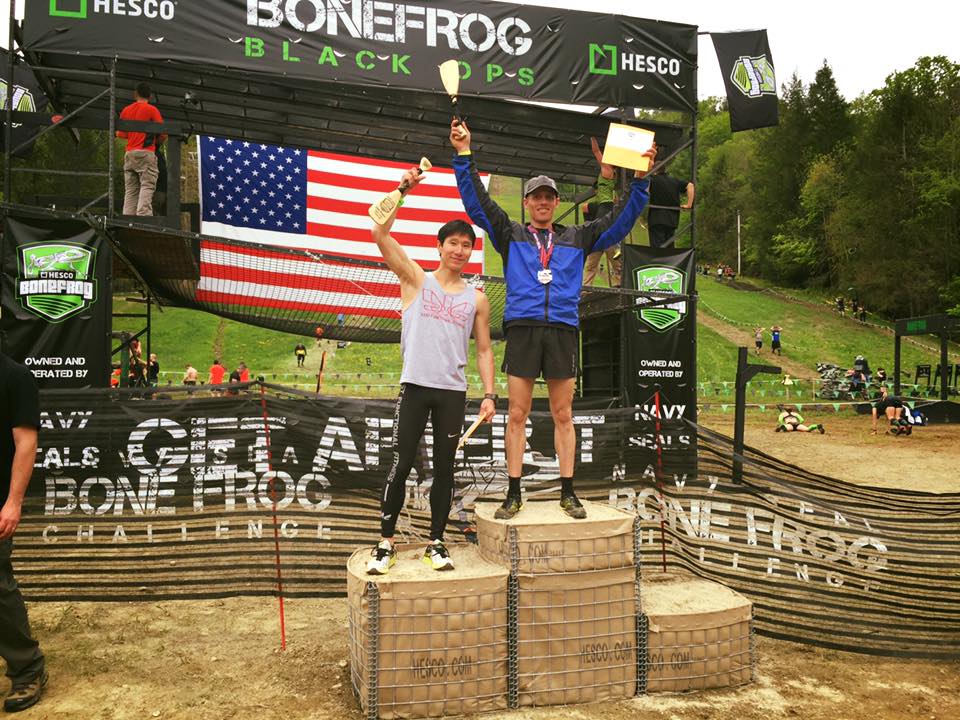